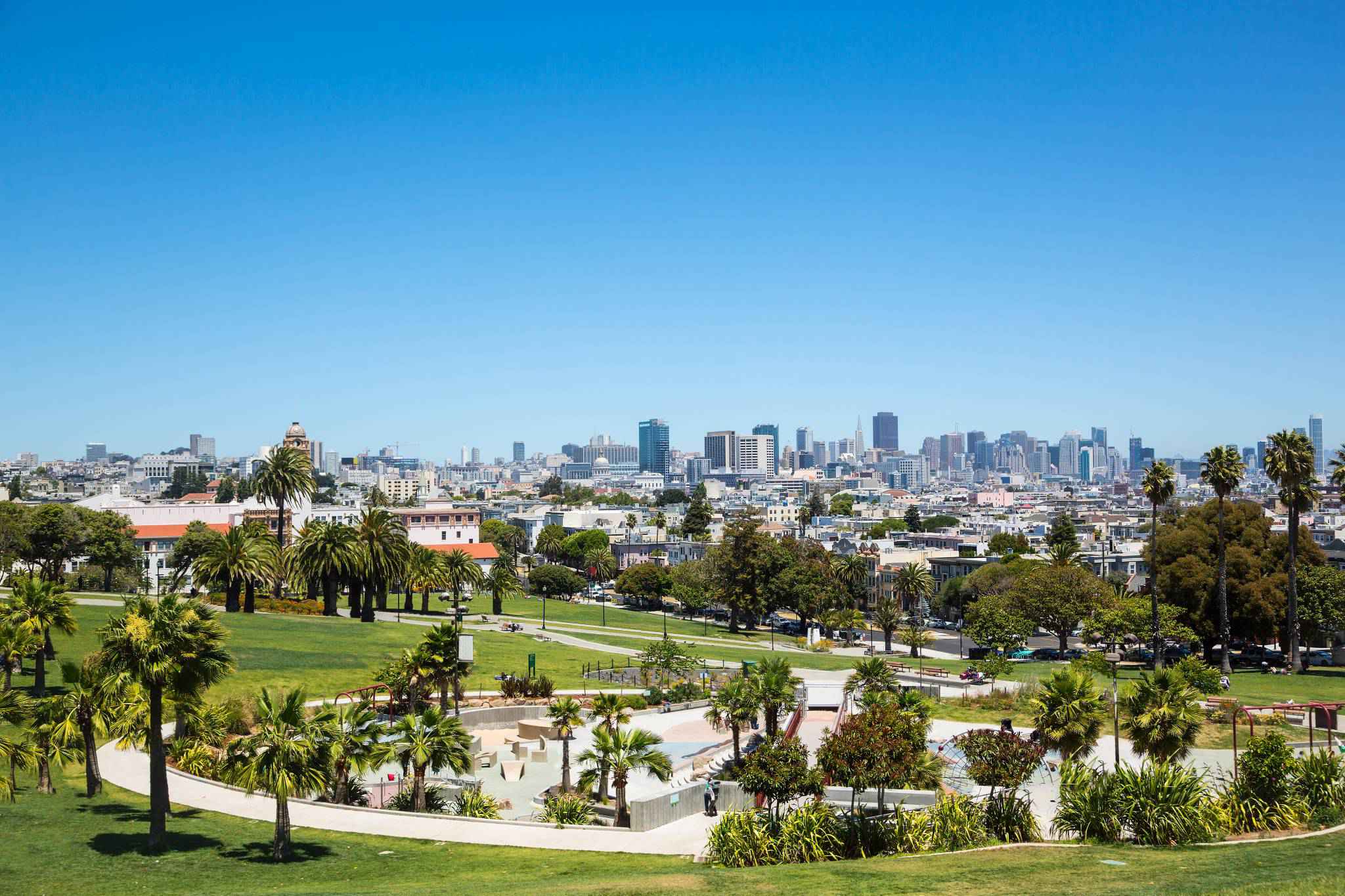 Dolores Park is bounded by 18th Street on the north, 20th Street on the south, Dolores Street on the east and Church Street on the west. The northern end of Dolores Park is located directly across the street from Mission High School. On its eastern, southern and western sides, the park is surrounded by residential buildings of two to four stories, in various architectural styles. South of the park is a hillside area known as "Dolores Heights," while The Castro neighborhood is located a short distance to the west. The park's topography is characterized by a strong slope from the southwest down to the northeast, offering an unobstructed northeast-looking view of downtown San Francisco, in particular from the southwest corner.

Dolores Park offers several features including many tennis courts, a basketball court, a soccer field, a children's playground, and a dog play area. The southern half of the park is also notable for its views of the Mission district, downtown, the San Francisco Bay and the East Bay. The Muni Metro J-Church streetcar line runs through the park along its western border.

The park lies east of Twin Peaks in the warm and sunny microclimate of the Mission neighborhood, which was named one of the coolest neighborhoods in the world in 2016. In recent years, the park's popularity among San Franciscans looking for outdoor relaxation and recreation has increased, and as of 2016 it is attracting up to 7,000-10,000 people on a sunny weekend day.

Facilities
Dolores Park is served by the Church and 18th Street and Right Of Way/20th St stations of the J Church Muni Metro line. There are six tennis courts and one basketball court; two soccer fields, a playground, and a clubhouse with public restrooms. Dolores Park has been the neighborhood center for cultural, political and sports activities since the 1960s. It has hosted political rallies, festivals, Aztec ceremonial dances, Cinco de Mayo celebrations, San Francisco Mime Troupe performances, and an annual "Hunky Jesus" competition on Easter by the Sisters of Perpetual Indulgence. In 2010, it was announced that the park was to be closed throughout 2011 as part of massive renovations and a construction of a new playground. In spring 2012, the new Helen Diller Playground opened in the park, featuring two large slides, two swing sets, a granite climbing structure, a sand box and climbing nets. The playground is accessible to children with disabilities. As of 2014, there were plans for two off-leash dog play spaces in the park, but these plans were stalled by an environmental appeal from a local resident who felt that the space should be left open to allow more room for children to play, with the goal of reducing childhood obesity. Up to 2016, more than $20 million were spent on the park's first upgrades in six decades, including the installation of additional toilets to address problems with public urination. 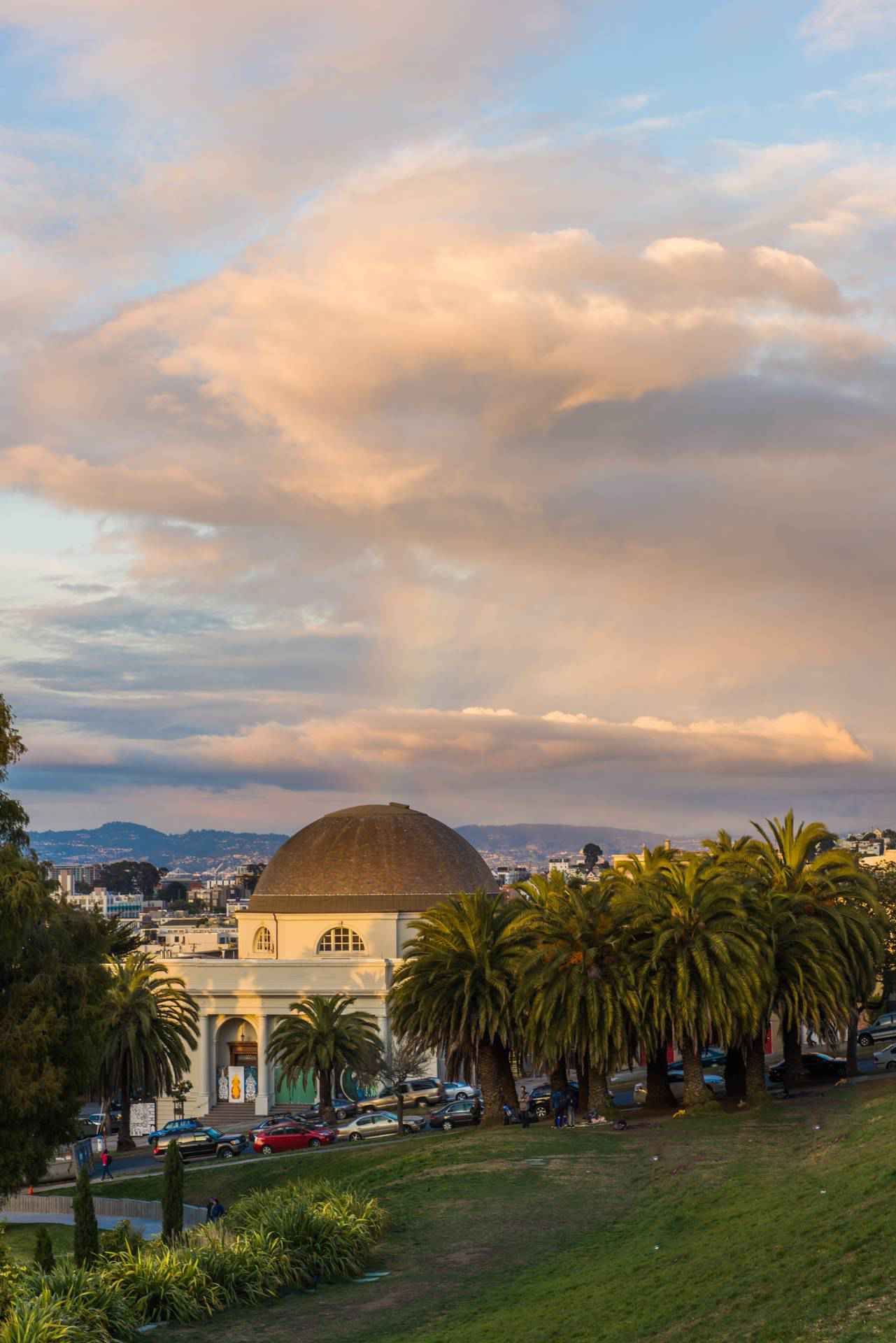