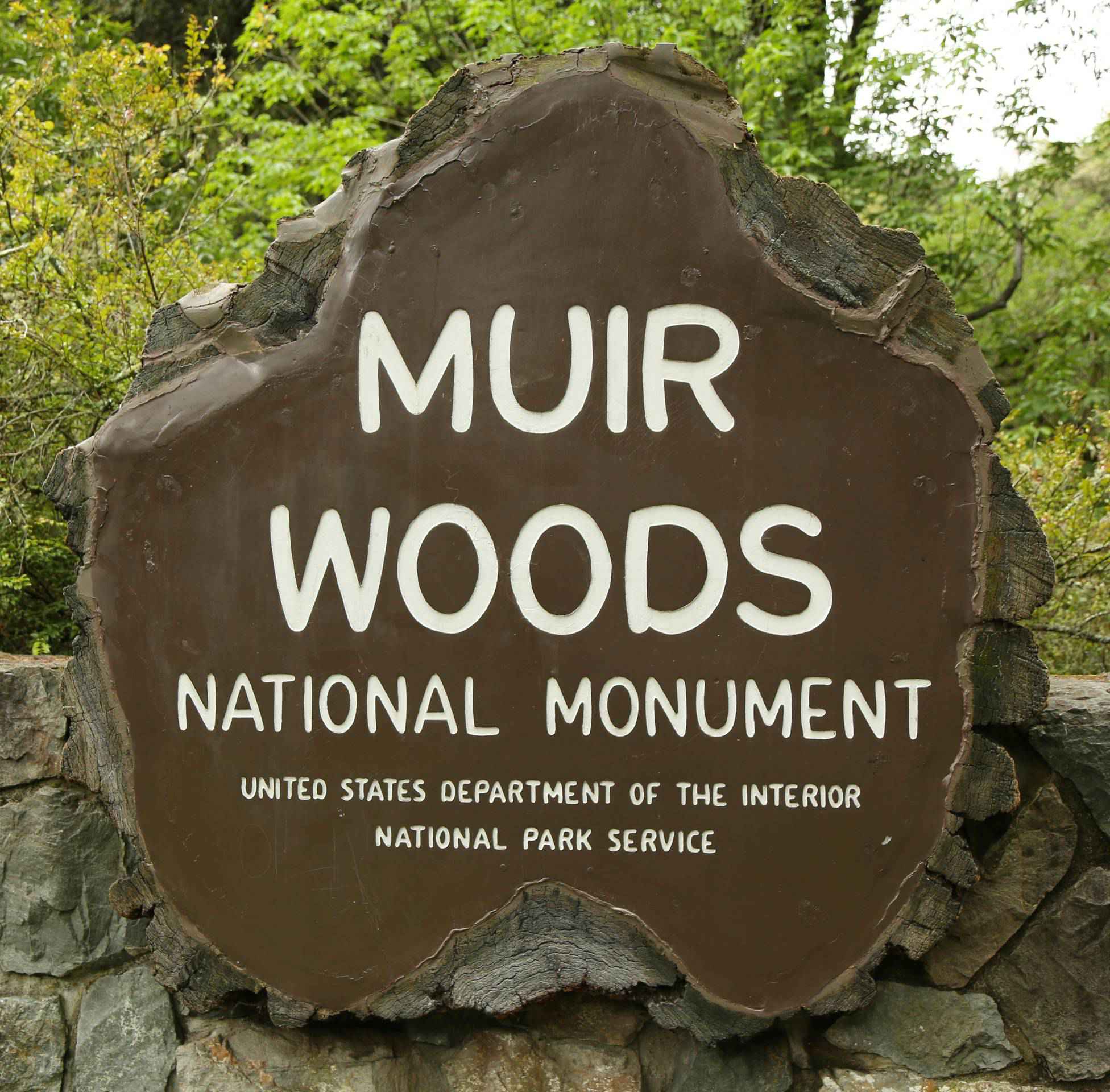 Muir Woods National Monument is a unit of the National Park Service on Mount Tamalpais near the Pacific coast, in southwestern Marin County, California. It is part of the Golden Gate National Recreation Area, and is 12 miles north of San Francisco. It protects 554 acres (224 ha), of which 240 acres (97 ha) are old growth coast redwood (Sequoia sempervirens) forests, one of a few such stands remaining in the San Francisco Bay Area.

Climate
The monument is cool and moist year round with average daytime temperatures between 40 and 70 degrees Fahrenheit (4 to 21 °C). Rainfall is heavy during the winter and summers are almost completely dry with the exception of fog drip caused by the fog passing through the trees. Annual precipitation in the park ranges from 39.4 inches (1,000 mm) in the lower valley to 47.2 inches (1,200 mm) higher up in the mountain slopes.

Flora
The main attraction of Muir Woods are the coast redwood (Sequoia sempervirens) trees. They are known for their height, and are related to the giant sequoia of the Sierra Nevada. While redwoods can grow to nearly 380 feet (115 m), the tallest tree in the Muir Woods is 258 feet (79 m). The trees come from a seed no bigger than that of a tomato. Most of the redwoods in the monument are between 500 and 800 years old. The oldest is at least 1,200 years old.

Other tree species grow in the understory of the redwood groves. Three of the most common are the California bay laurel, the bigleaf maple and the tanoak. Each of these species has developed a unique adaptation to the low level of dappled sunlight that reaches them through the redwoods overhead. The California bay laurel has a strong root system that allows the tree to lean towards openings in the canopy. The bigleaf maple, true to its name, has developed the largest leaf of any maple species allowing it to capture more of the dim light. The tanoak has a unique internal leaf structure that enables it to make effective use of the light that filters through the canopy.

Fish
Redwood Creek provides a critical spawning and rearing habitat for coho or silver salmon (Oncorhynchus kisutch) and steelhead (Oncorhynchus mykiss). Steelhead are listed as threatened species (2011) in the Central California Coast distinct population segment. Coho salmon are listed as endangered in their evolutionary significant unit (2011). The creek is near the southernmost limit of coho habitat and the fish have never been stocked, so they have a distinctive DNA. The Redwood Creek salmon are Central Coast coho salmon which have been listed as federally threatened species since October 2006 and as federally endangered species in June 2005. Coho migrate from the ocean back to freshwater for a single chance at reproduction, generally after two years in the ocean. The spawning migrations begin after heavy late fall or winter rains breach the sandbar at Muir Beach allowing the fish to move upstream (usually in December and January). No salmon were seen in the 2007–2008 winter run, nor the 2008–2009 winter run. Evidence points to exhaustion of smolt oversummering in the creek due to a loss of large woody debris and deep pools where young salmon can rest. Starting in 2009, the National Park Service began restoring Muir Beach to create a functional, self-sustaining ecosystem and improve visitor access. The intervention was almost too late, since the coho only has a three-year life span. But, as of January 2010, and for the first time in three years, an estimated 45 coho swam up Redwood Creek to spawn, creating 23 redds or clusters of eggs. In 2011, 11 live adult coho and 1 coho carcass was observed, along with three redds, a modest increase over the 2007-2008 spawning season. Statewide the coho population is 1% of its levels in the 1940s and the fish have vanished from 90% of the streams they formerly visited. The Watershed Alliance of Marin reported that no salmon returned to spawn in 2014, prompting concerns that the fish may now be extirpated from the creek.

Recreation
Muir Woods, part of the Golden Gate National Recreation Area, is a park which caters to pedestrians, as parking of vehicles is only allowed at the very entrance. Hiking trails vary in the level of difficulty and distance. Picnicking, camping and pets are not permitted.

As of 2015, the park sees up to 6000 visitors per day during peak times (April to October, Thanksgiving weekend, and Christmas through New Years), more than 80% of which arrive by car, and most of the rest with a tour bus or shuttle bus. Currently, parking is extremely limited and lots often fill early in the day. The county and the National Park Service plan to introduce a reservation system that by 2017 will restrict the number of vehicles allowed to enter and park in Muir Woods every day. Residents of neighboring Mill Valley had protested against earlier plans to set up an additional parking lot, and together with a group named "Mount Tam Task Force" sued to prevent the building of a shuttle bus station.

The main trail (paved and boardwalk) through Muir Woods is a 2 miles (3.2 km) loop. A .5 miles (0.80 km) loop from the Visitor Center, through Founders Grove, to Bridge 2 and back is ADA accessible.

Interpretive facilities
The Visitor Center, located in the entrance plaza, features permanent and changing exhibits on redwood ecology and conservation, as well as a store selling books and gift items.

Activities
Hiking and biking
The paved/boardwalk main trail begins at the entrance plaza (Trail Map) and travels into the old growth redwood forest alongside Redwood Creek. Other unpaved walking trails extend from the main trail to connect with Mt. Tamalpais State Park trails outside of the monument boundaries.

Bicycles are only allowed on designated fire roads.