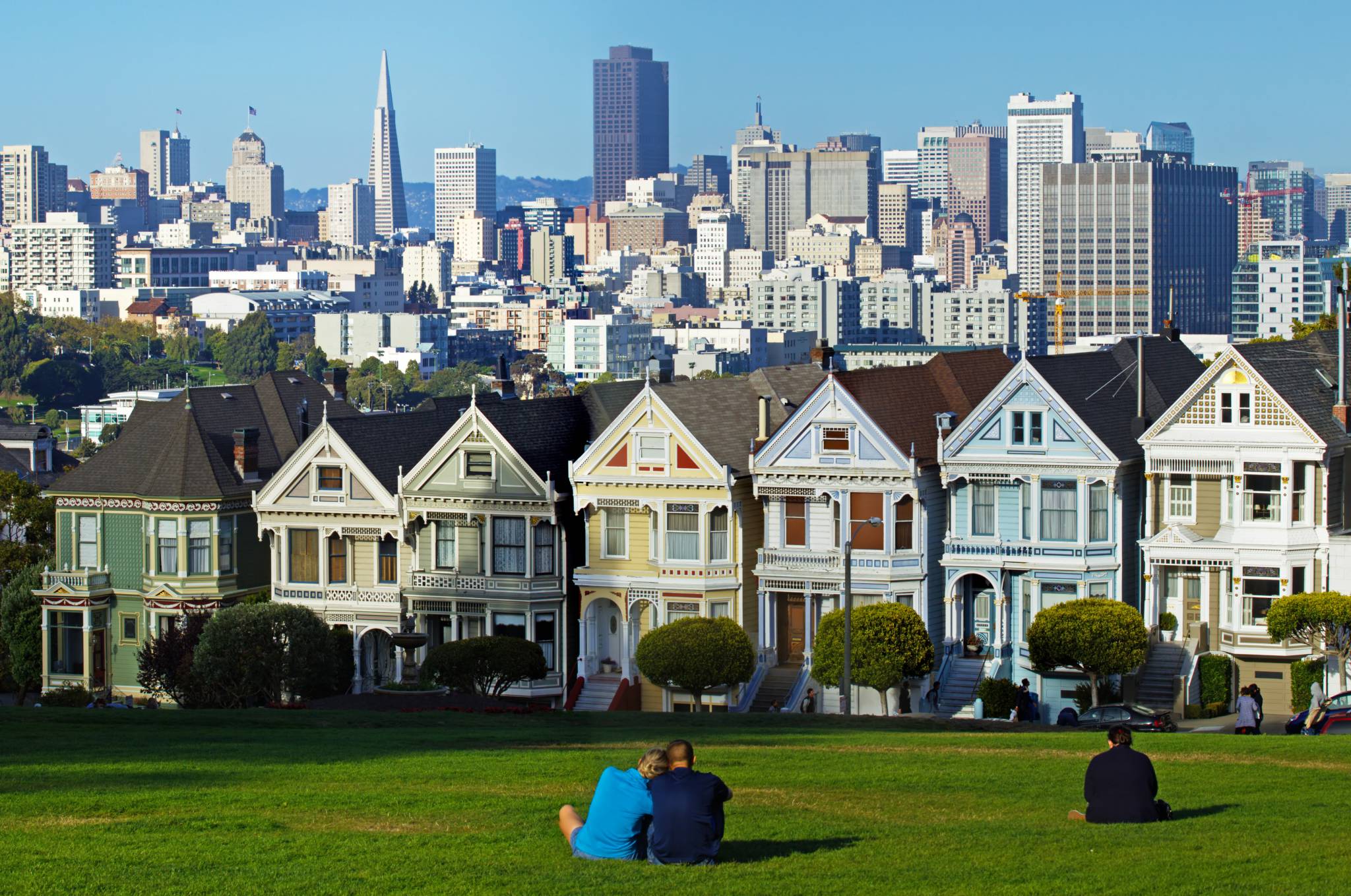 In American architecture, painted ladies are Victorian and Edwardian houses and buildings repainted, starting in the 1960s, in three or more colors that embellish or enhance their architectural details. The term was first used for San Francisco Victorian houses by writers Elizabeth Pomada and Michael Larsen in their 1978 book Painted Ladies: San Francisco's Resplendent Victorians. Although polychrome decoration was common in the Victorian era, the colors used on these houses are not based on historical precedent:

...the California literary agents Elizabeth Pomada and Michael Larsen published Painted Ladies, a photo essay on the modern painting practices of San Francisco. Fantastically colorful and published in an inexpensive paperback, this often tongue-in-cheek record of a Bay Area phenomenon has subsequently been embraced by large numbers of well-meaning Americans thinking too often that they were following a historical precedent. Painted Ladies and its sequels say more about the taste of the 1970s and 1980s than they do about the 1870s and 1880s.

Since then, the term has also been used to describe groups of colorfully repainted Victorian houses in other American cities, such as the Charles Village neighborhood in Baltimore; Lafayette Square in St. Louis; the greater San Francisco and New Orleans areas, in general; Columbia-Tusculum in Cincinnati; the Old West End in Toledo, Ohio; the neighborhoods of McKnight and Forest Park in Springfield, Massachusetts; and the city of Cape May, New Jersey.

San Francisco's painted ladies
About 48,000 houses in the Victorian and Edwardian styles were built in San Francisco between 1849 and 1915 (with the change from Victorian to Edwardian occurring on the death of Queen Victoria in 1901), and many were painted in bright colors. As one newspaper critic noted in 1885, "...red, yellow, chocolate, orange, everything that is loud is in fashion...if the upper stories are not of red or blue... they are painted up into uncouth panels of yellow and brown..." While many of the mansions of Nob Hill were destroyed by the 1906 San Francisco earthquake, thousands of the mass-produced, more modest houses survived in the western and southern neighborhoods of the city.

During World War I and World War II, many of these houses were painted battleship gray with war-surplus Navy paint. Another sixteen thousand were demolished, and many others had the Victorian decor stripped off or covered with tarpaper, brick, stucco, or aluminum siding.

In 1963, San Francisco artist Butch Kardum began combining intense blues and greens on the exterior of his Italianate-style Victorian house. His house was criticized by some, but other neighbors began to copy the bright colors on their own houses. Kardum became a color designer, and he and other artists / colorists such as Tony Canaletich, Bob Buckter, and Jazon Wonders began to transform dozens of gray houses into Painted Ladies. By the 1970s, the colorist movement, as it was called, had changed entire streets and neighborhoods. This process continues to this day.

One of the best-known groups of "Painted Ladies" is the row of Victorian houses at 710–720 Steiner Street, across from Alamo Square park, in San Francisco. It is sometimes known as "Postcard Row." The houses were built between 1892 and 1896 by developer Matthew Kavanaugh, who lived next door in the 1892 mansion at 722 Steiner Street. This block appears very frequently in media and mass-market photographs of the city and its tourist attractions and has appeared in an estimated 70 movies, TV programs, and ads, including in the opening credits of the television series Full House and its sequel Fuller House. 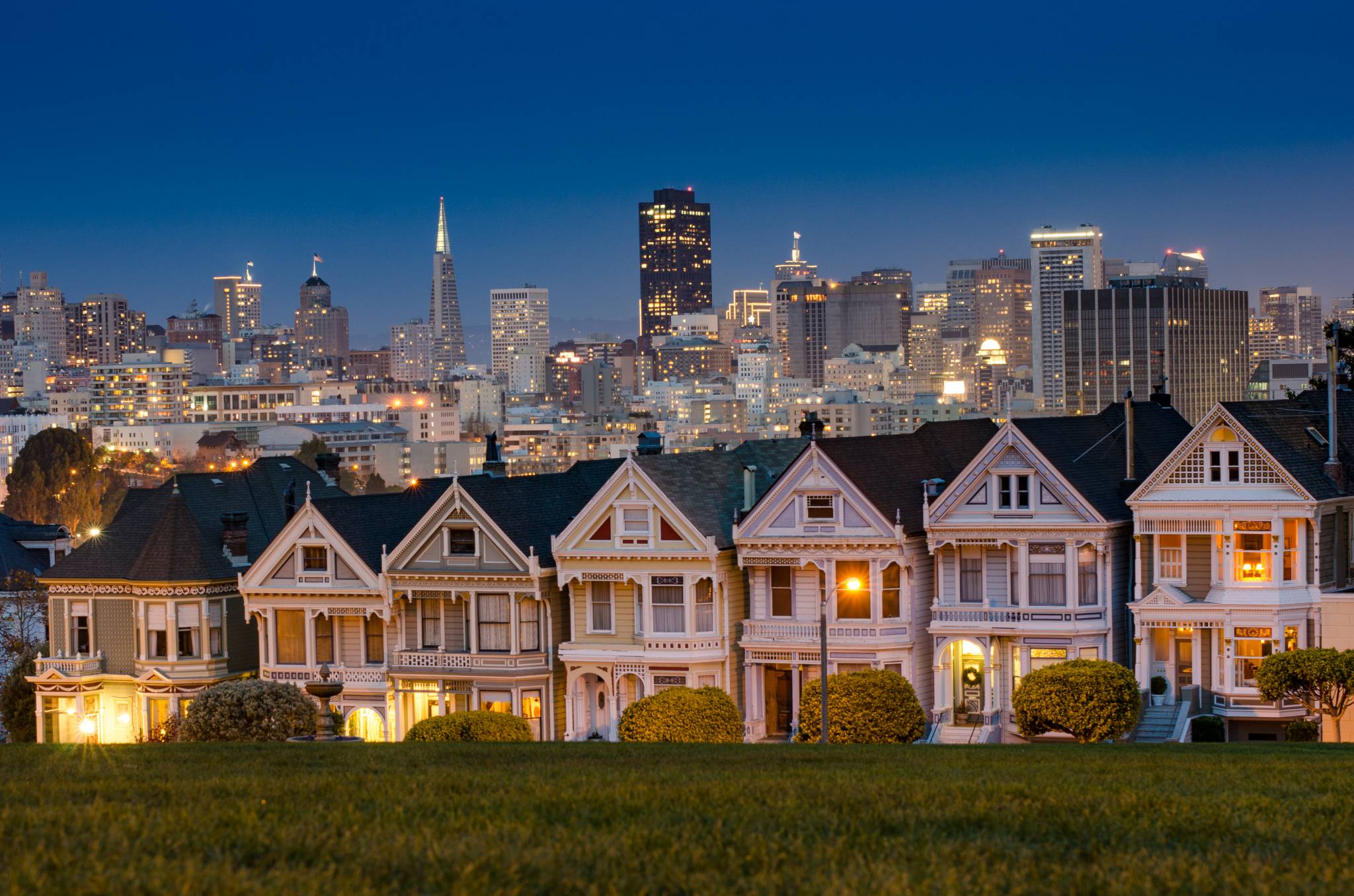