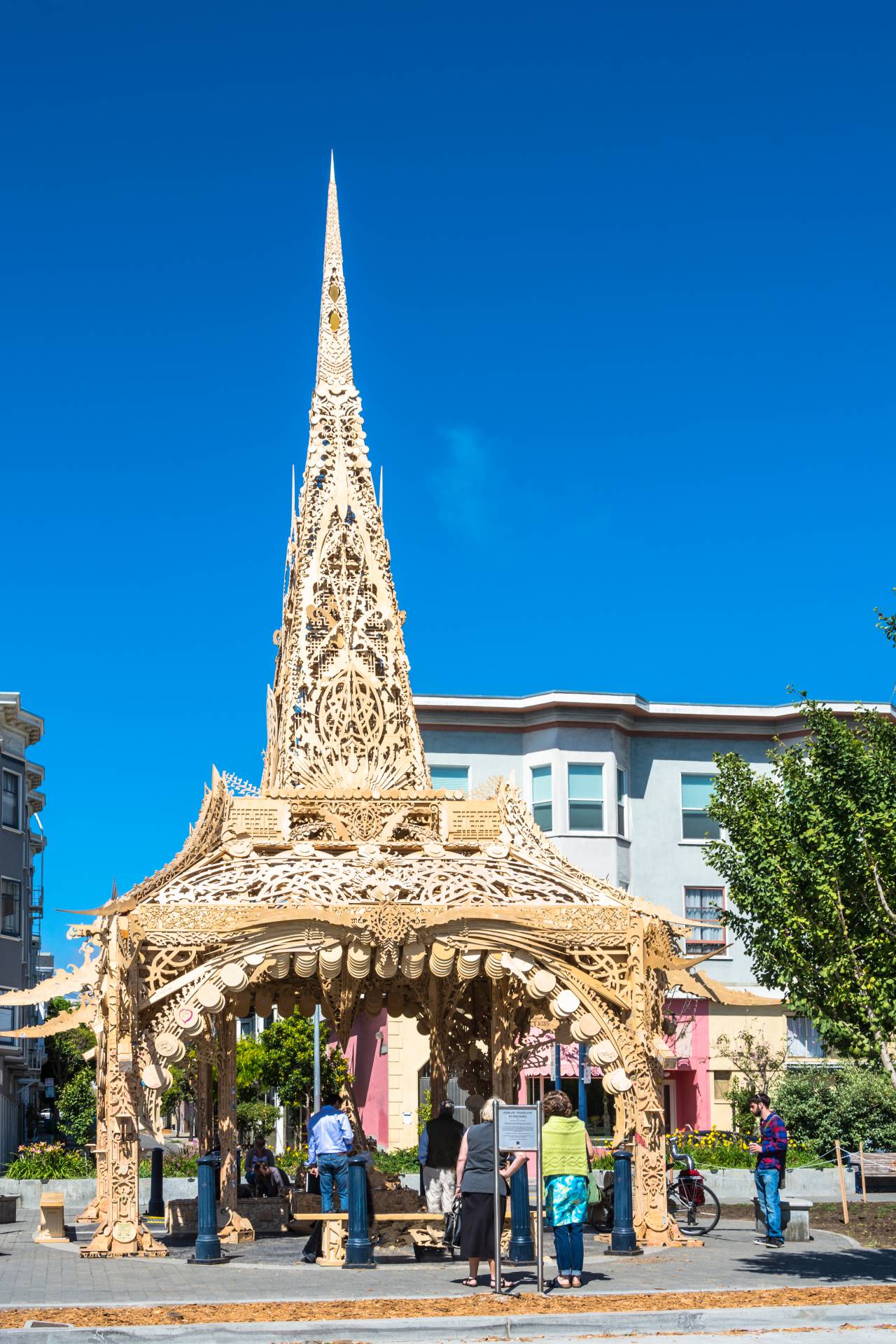 Founded in 1999 along a former Central Freeway right-of-way, the small, well-maintained Patricia's Green park is one of Hayes Valley's most popular. The park is the direct result of Patricia Walkup and her supporters who fought for years, including three separate ballot initiatives, to turn the damaged Central Freeway into a surface level boulevard with adjacent park. The result has been a renaissance of one of the city's oldest neighborhoods, where people literally lineup for the opportunity to live. Where it's located: Along a former Central Freeway parcel in Hayes Valley, where Octavia changes from a boulevard into a side street. The park is bounded by Fell and Hayes streets.

What it features: The long, narrow park consists of two open lawns interspersed with circular plazas. One plaza contains a children's play area, while the others offer open space, benches, and rotating public art. The park is also surrounded by many shops and restaurants making for a lively atmosphere most of the day.

How to get there: The 21 and 16x bus lines will get you the closest, but both travel east-west. If one is traveling north/south and doesn't want to transfer buses the 47,49 and 22 bus lines will stop within a few blocks walk.

Dogs allowed?: On-leash only, although, as is the case in most parks, it is not strictly enforced.

Don't miss: A walk though the park and surrounding area. Once a neglected portion of the city living in the shadow of a freeway, Hayes Valley is now one of the most desirable 'hoods in the city, with the changes emanating from the park's intersection with Hayes Street. 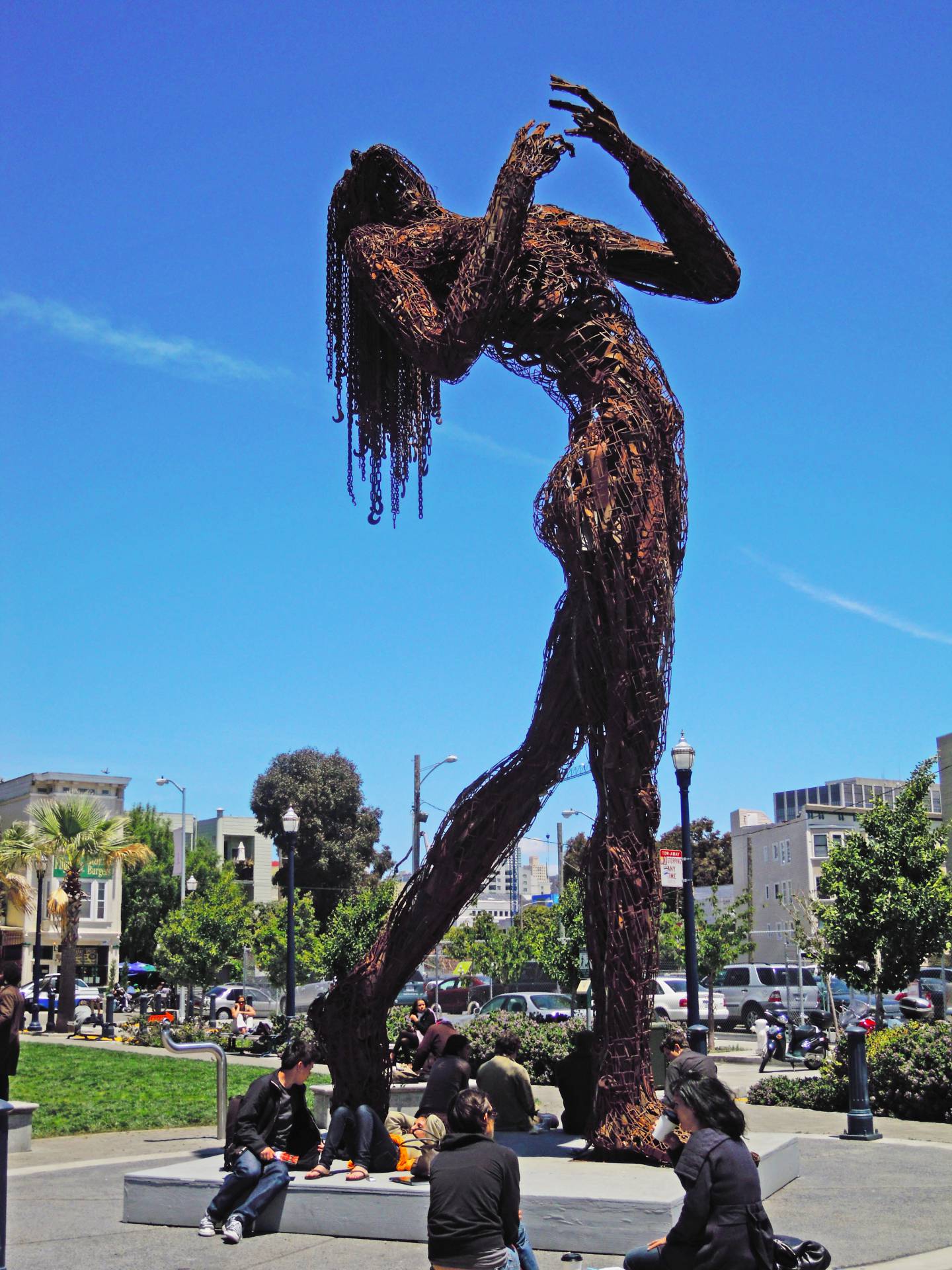