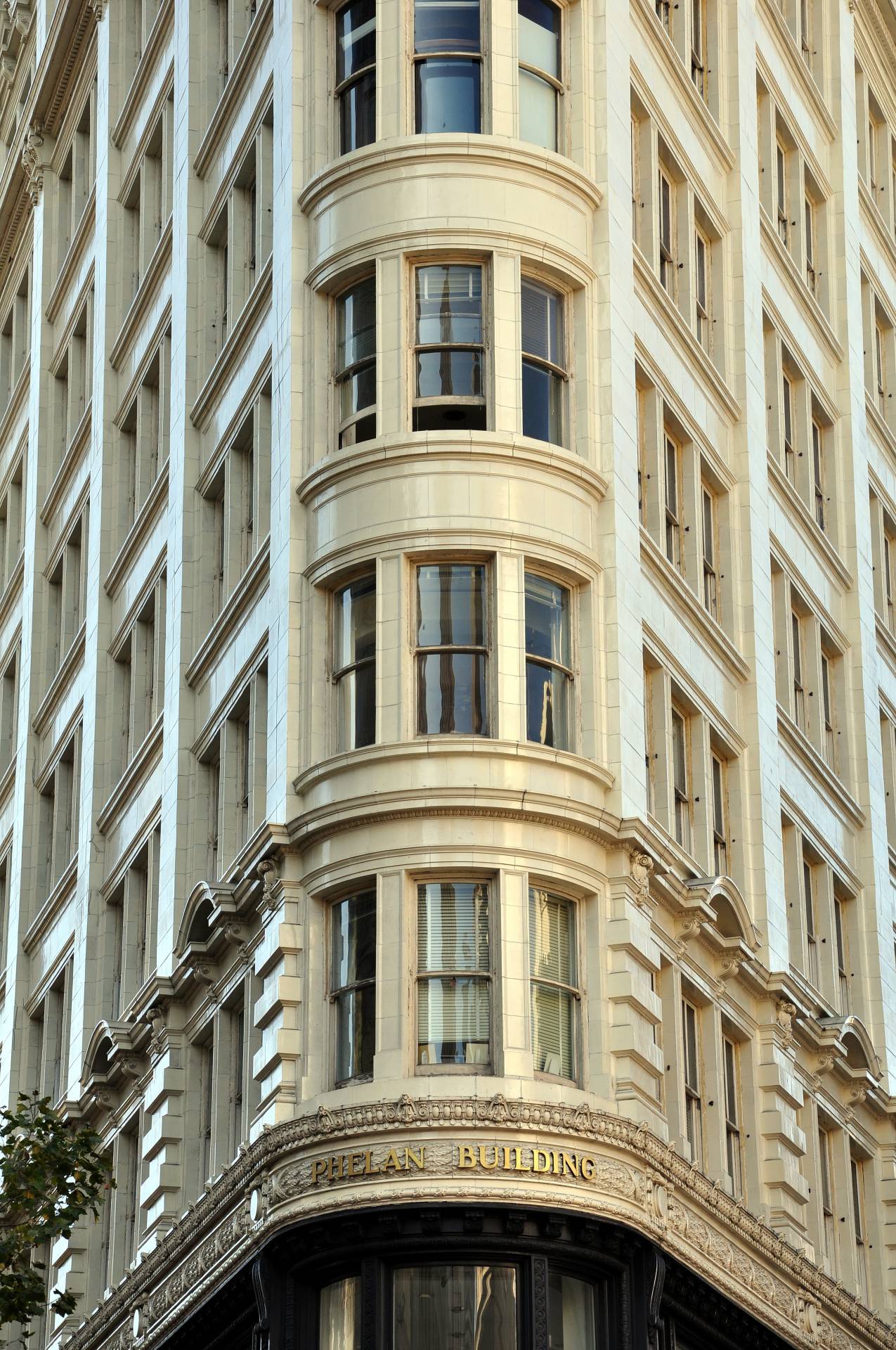 The Phelan Building is an 11-story office building located at 760 Market Street in the Financial District of San Francisco, California. It has a triangular shape reminiscent of the Flatiron Building in Manhattan, New York City, with its tip at the meeting point of Market Street, O’Farrell Street, and Grant Avenue. It is a San Francisco Designated Landmark.

The building was designed by William Curlett and built in 1908 by James D. Phelan on the place of the first, original Phelan Building, damaged by the 1906 earthquake and fire.

The first Phelan Building was constructed in 1881 by James Phelan, the father of James D. Phelan. It was a 6-story, bay-windowed, mansard-roofed flatiron.

Despite being advertised to be “thoroughly fire and earthquake proof”, the building was badly damaged in the 1906 post-earthquake fire, and its ruins were subsequently dynamited on April 20, 1906.

Work on the new Phelan Building began on October 7, 1907 and was completed on September 1, 1908 for retail stores, and the first day of 1909 for offices. It was one of the earliest office buildings to be rebuilt after the earthquake.

The building's exterior features metal windows and is clad in cream glazed terra-cotta. The original steel structure was designed to accommodate 13 floors; eventually eleven were completed.

At its opening, the building featured an assembly hall on the 11th floor, arcade stores on the second floor, and a basement café.

For many decades, the Phelan Building was a de facto center for jewelry, hosting dozens of jewelers and a jewelry school.

The penthouse
An unusual feature of the building is a small penthouse. Originally adorned by a rooftop garden, it was used by James D. Phelan to entertain dignitaries. It has later served as a photography studio in the 1960s, and was abandoned some time in the 1980s. 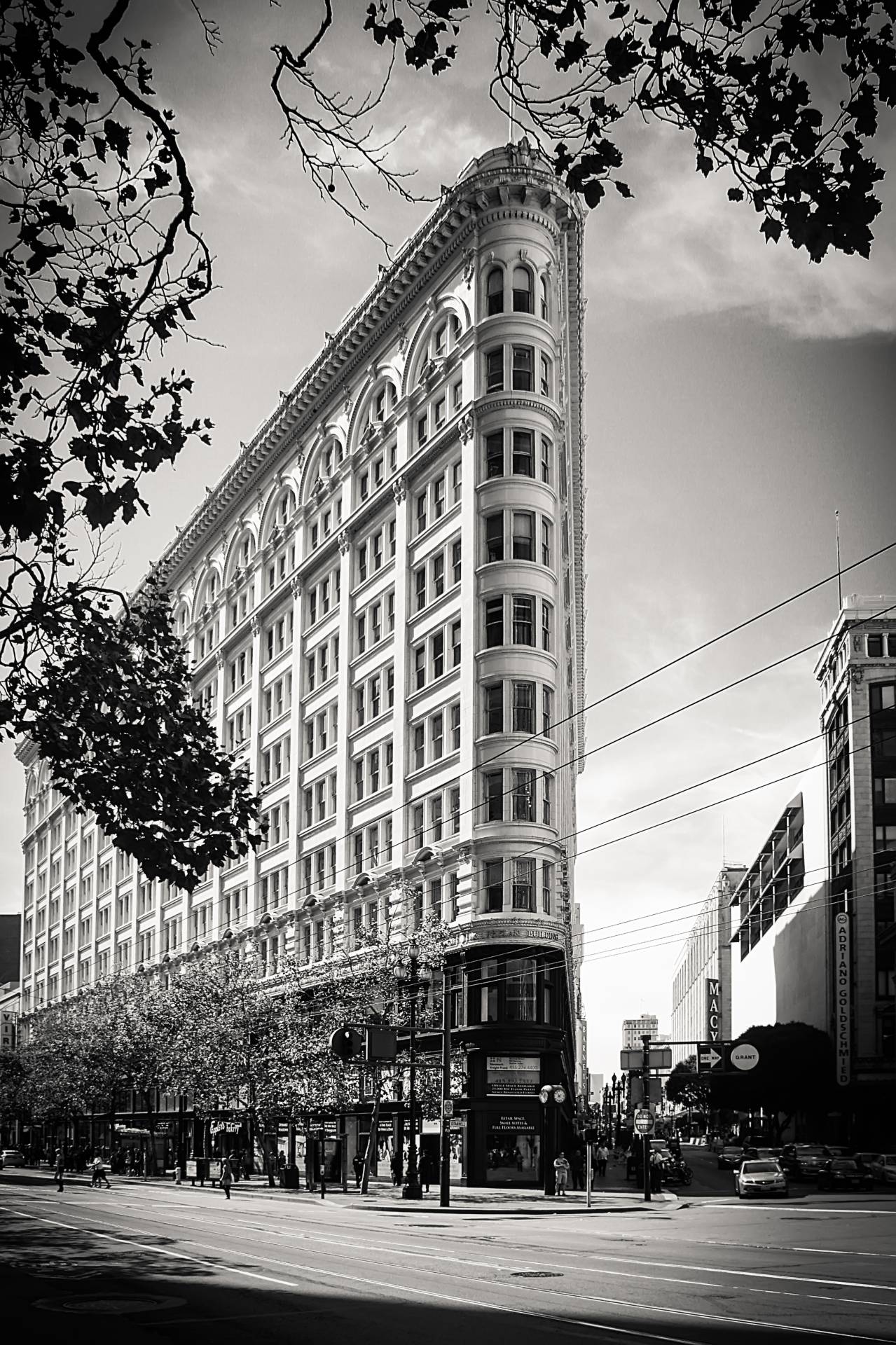