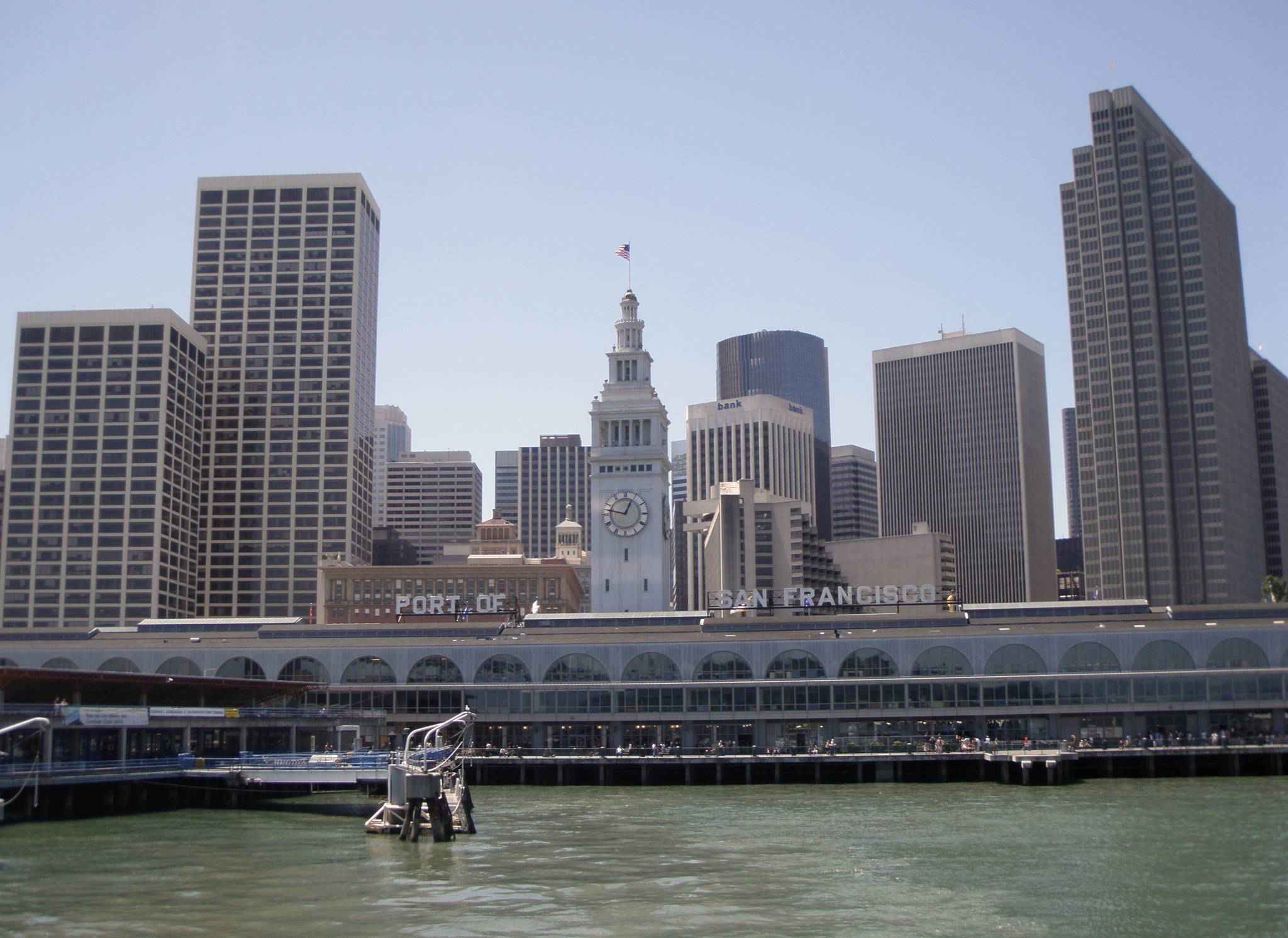 The Embarcadero is the eastern waterfront and roadway of the Port of San Francisco, San Francisco, California, along San Francisco Bay. It was constructed on reclaimed land along a three mile long engineered seawall, from which piers extend into the bay. It derives its name from the Spanish verb embarcar, meaning "to embark"; embarcadero itself means "the place to embark".

The Embarcadero right-of-way begins at the intersection of Second and King Streets near AT&T Park, and travels north, passing under the San Francisco–Oakland Bay Bridge. The Embarcadero continues north past the Ferry Building at Market Street, Fisherman's Wharf, and Pier 39, before ending at Pier 45. A section of The Embarcadero which ran between Folsom Street and Drumm Street was formerly known as East Street.

Embarcadero Center
Embarcadero Center consists of four 30 to 45 story buildings and the Hyatt Regency San Francisco, located between the Ferry Building and the foot of Market Street. Until 2001, there was a viewing deck on top of the Embarcadero Center. During the winter holidays, the edges of all four buildings are illuminated, the effect resembling the outlines of four giant books on a shelf.

Justin Herman Plaza
At the eastern end of Market Street is Justin Herman Plaza, opened in 1972, named for M. Justin Herman, executive director of the SF Redevelopment Agency from 1959 to 1971. It is frequented by nearby office workers on lunch break and by families with small children. Summer features free daytime concerts while winter features an ice skating rink. The Critical Mass (cycling) bicycle rides have gathered in the plaza for over twenty years. The controversial Vaillancourt Fountain dominates one end of the plaza.

Education
Right along the Embarcadero Center is the Embarcadero YMCA, the city's flagship branch of a group of a dozen locales. The center features the unique Youth Chance High School, an alternative high school that is a magnet for troubled students from throughout the Bay Area. 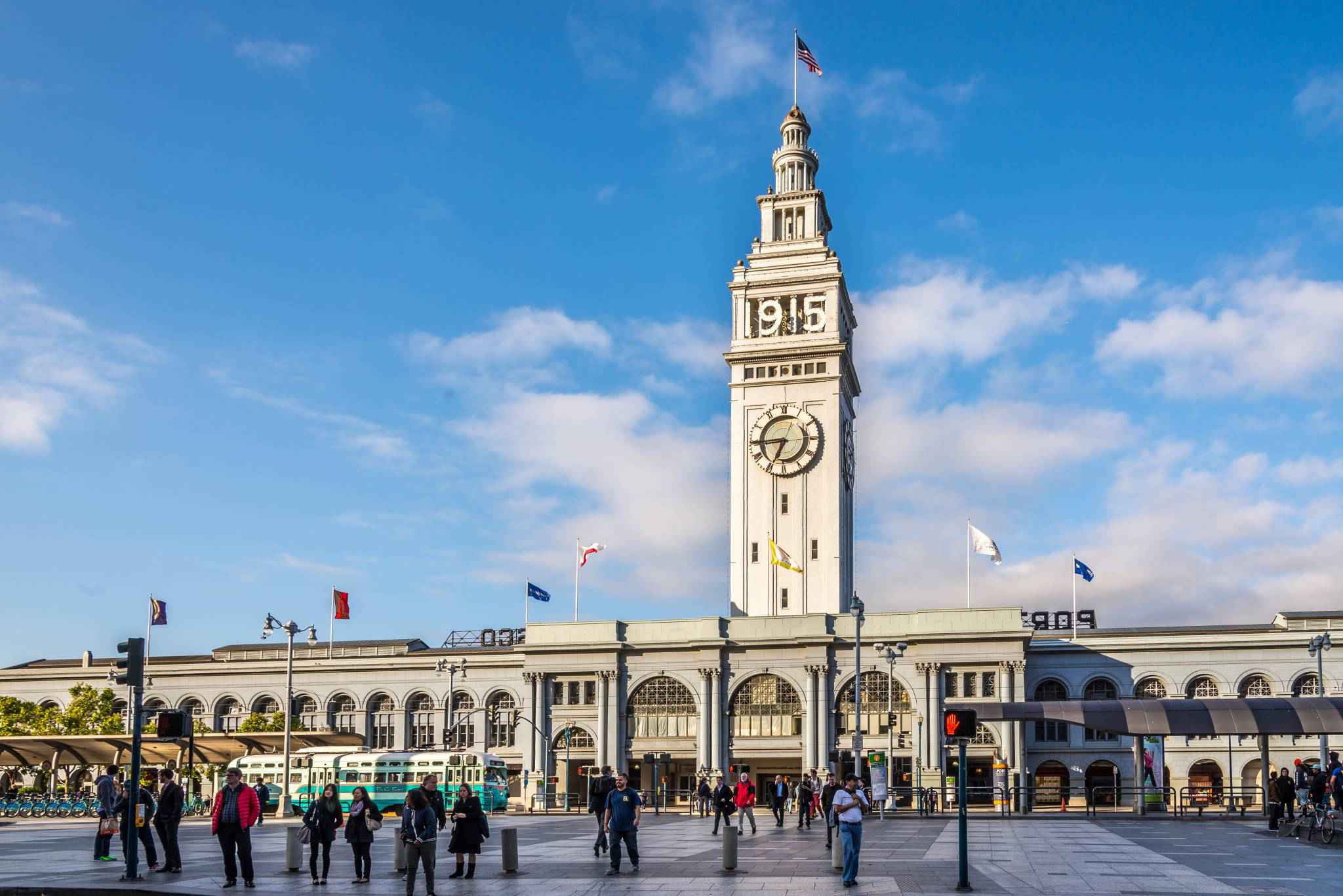