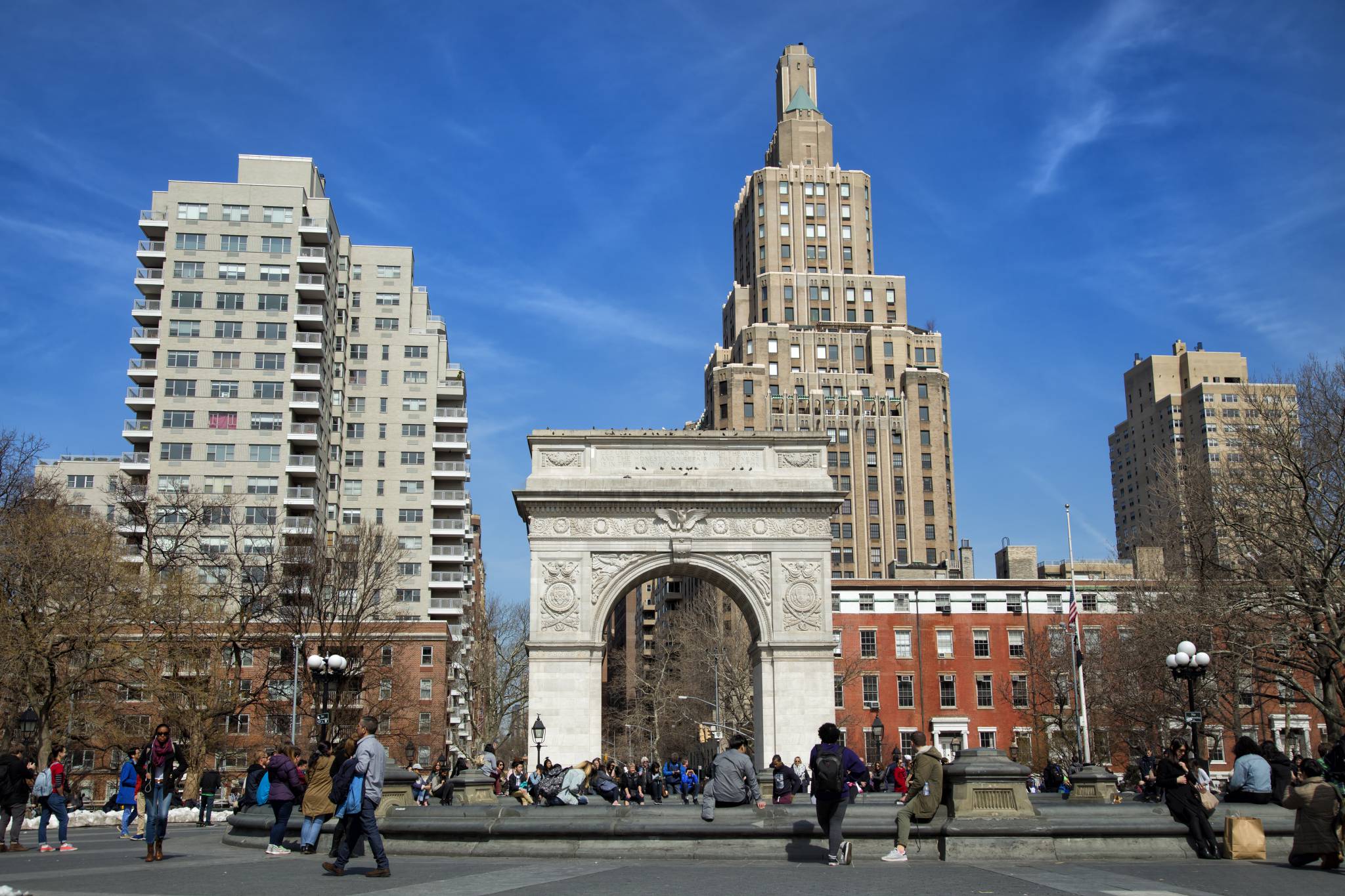 Washington Square is a park in the North Beach district of San Francisco, California, and is one of the city’s first parks, established in 1847. It is bordered by sidewalk cafes and restaurants such as Mama's (restaurant) and the Liguria Bakery as well as the Sts. Peter and Paul Church. The Square is a natural community gathering place with a long history. Festivals, free movie nights and other special events are hosted there throughout the year.

History
Jasper O’Farrell
Washington Square Park, now the heart of North Beach, has been many things over the years. Juana Briones grew potatoes and raised cattle here, before Jasper O’Farrell laid out San Francisco’s street grid in 1847, and designated this block a city square. Later, neglected by the city, it was used as an unofficial dump bordering a cemetery. Improvements came slowly, but by the 1860s, it was used for Fourth of July celebrations, and later the square hosted Columbus Day celebrations and Italian festivals.

Originally, it was a complete rectangle, all the way to Powell Street. But in 1873-1875, the City built Columbus Avenue, then known as Montgomery, cutting through the Square. The avenue was built, evidently, because business and banking interests in the Financial District wanted greater interaction with North Beach, which was isolated, geographically, by the hills, the Barbary Coast, and Chinatown.

Marini Plaza
The tiny park at Powell Street, is now named Marini Plaza. Frank Marini (1862-1952) is mentioned often in Alessandro Baccari’s book, “Saints Peter and Paul: ‘The Italian Cathedral’ of the West, 1884-1984.” Marini was a major civic benefactor, participating in the work of the Salesian groups at the Church of Saints Peter and Paul. He was a sponsor of the boys’ club, to help troubled immigrant boys who had little English speaking ability, education or guidance. He was a fundraiser to pay off the debt for building the church and Salesian school. He gave the money to build a gymnasium at St. Francis Church, on Vallejo Street, for the church-sponsored basketball teams. Washington Square was a place of refuge for many fires on Telegraph Hill, notably in 1894 and 1901. It was home for a year for some 600 people who lived in wooden barracks and Army tents after the 1906 earthquake and fire.

Committee to Beautify
In the 1950s, a coalition of community groups, the Committee to Beautify Washington Square, spearheaded the effort to redesign the square, eliminating the paths that criss-crossed the park. Lawrence Halprin and Douglas Baylis put Lombardy poplar trees in the center of a grassy expanse encircled by paths lined with benches, the configuration we have today. In 1958, the city tried to solve the parking problem by putting a parking garage under the square, a plan that was defeated then but resurfaced periodically until the park was granted landmark status in 2000. 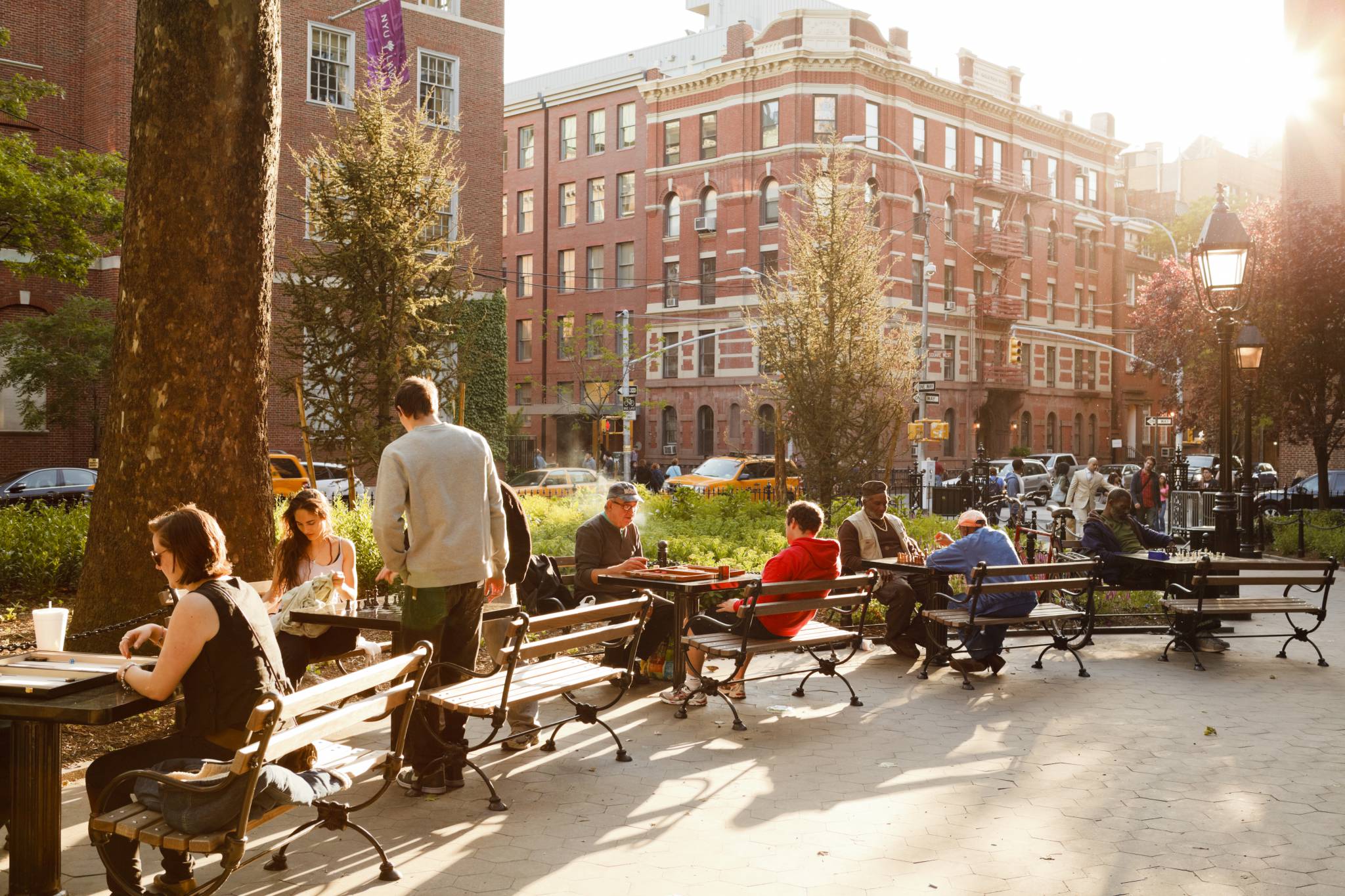