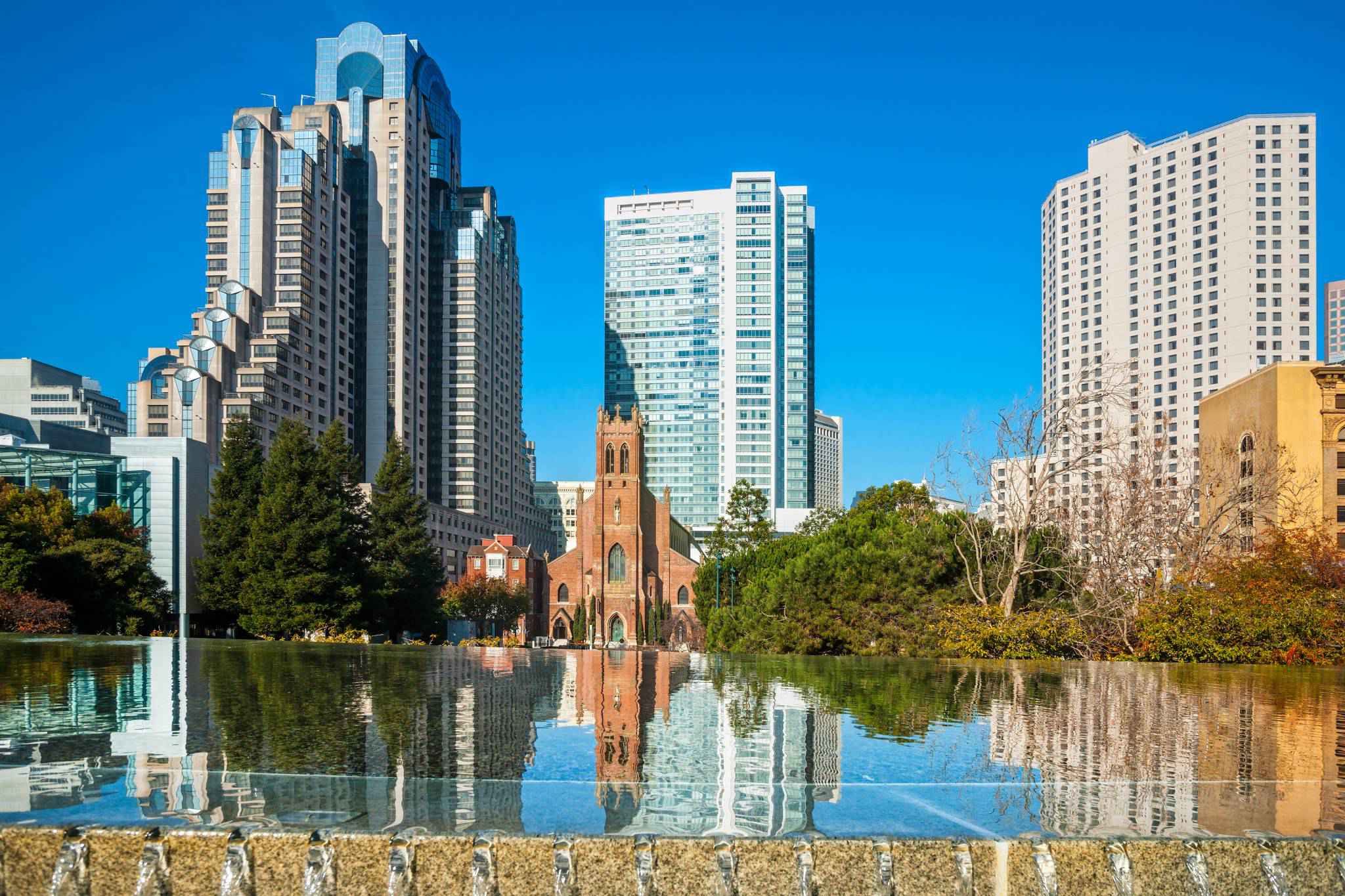 Yerba Buena Gardens is the name for two blocks of public parks located between Third and Fourth, Mission and Folsom Streets in downtown San Francisco, California. The first block bordered by Mission and Howard Streets was opened on October 11, 1993. The second block, between Howard and Folsom Streets, was opened in 1998, with a dedication to Martin Luther King, Jr. by Mayor Willie Brown. A pedestrian bridge over Howard Street connects the two blocks, sitting on top of part of the Moscone Center convention center. The Yerba Buena Gardens are owned by the San Francisco Redevelopment Agency and were planned and built as the final centerpiece of the Yerba Buena Redevelopment Area which includes the Yerba Buena Center for the Arts.

Yerba Buena was the name of the town in the Mexican territory of Alta California that became the city of San Francisco, California, after it was claimed by the United States in 1846.

Public art
The original block opened in 1993 contains several public art installations. The Martin Luther King, Jr. Memorial is located behind a waterfall, which is the largest fountain on the West Coast. The King memorial consists of large, etched glass excerpts of King's speeches in the languages of San Francisco's sister cities, and also includes a large green space where performance arts events are held throughout the year. The entire memorial was a collaborative project between Sculptor Houston Conwill, Poet Estella Majoza and Architect Joseph De Pace. In the sculptor's words: The Memorial is “a sacred space … meant to be experienced as a cultural pilgrimage and a journey of transformation.” The act of entering the Fountain from the Garden, reading of the text from North wall to East then, South Wall while beneath the water, then exiting back out into the garden, represents 'a cultural pilgrimage and contemplative metaphorical journey of transformation,' parallel to the Southern tradition of baptism by full immersion in water common within Old School Baptist churches like those of King's grandfather, legendary minister Adam Daniel Williams. On the terrace level above the waterfall is the Sister Cities Garden, where visitors can see an expertly manicured garden with plants representing each of San Francisco's sister cities, as well as a partial view of the downtown skyline.

Other attractions
Located in the Gardens proper are the Yerba Buena Center for the Arts, a contemporary arts center in the  North block, and the Children's Creativity Museum (Zeum), a children's media and technology museum in the South block. An ice skating rink, a bowling alley, and a restored 1905 carousel originally located at Playland-at-the-Beach can also be found in the South block. Eateries within the gardens include the B Restaurant and Grill and the Samovar Tea Lounge on the North block's terrace, Mo's Grill on the South block's upper walkway, and a snack shop by the carousel.

The Mexican Museum is (as of 2015) planned to be built across Mission Street as part the 53-story Yerba Buena tower, which will consist mostly of luxury condominiums. The project is planned to cost $500 million ($30 million of which for the museum) and will complete the "Yerba Buena district" redevelopment area, which apart from the Yerba Buena Gardens includes the Metreon and Moscone Center. 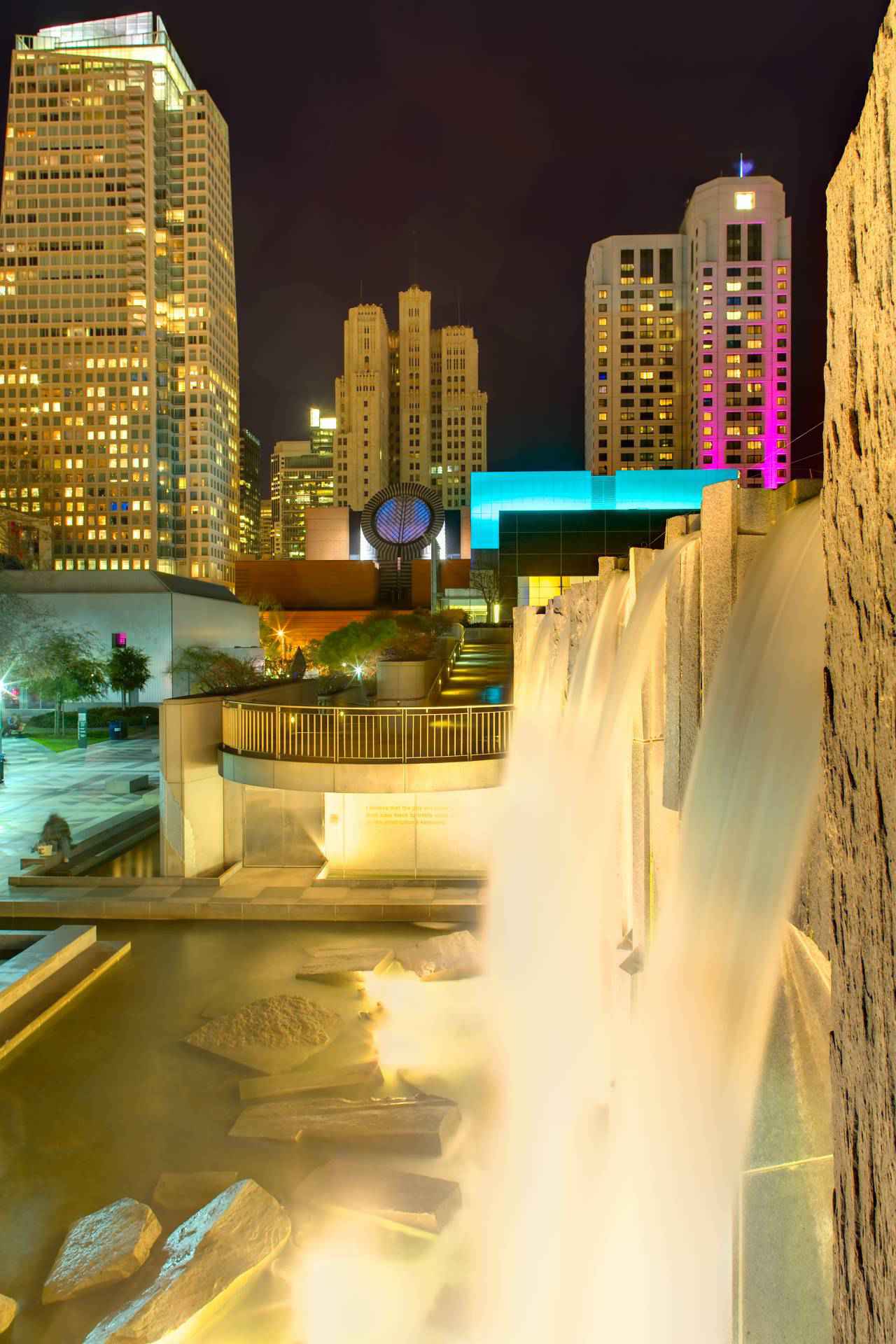