The National Museum of Korea is the flagship museum of Korean history and art in South Korea and is the cultural organization that represents Korea. It was first established in 1945. In October 2005, the museum opened in a new building in Yongsan Family Park in Seoul, South Korea. The museum contains over 150,000 pieces in its collection with 11,000 on display at one time. It claims to be the largest museum in Asia and the sixth-largest museum in the world in terms of floor space, covering 307,227 square feet (28,500 m2).

Measures to protect the treasures inside the museum included designing a building built to withstand a magnitude 6.0 Richter Scale earthquake. The display cases for artifacts are equipped with seismic-protective platforms which absorb shocks and trembles. There is also an imported natural lighting system which utilizes sunlight instead of artificial lights and an air purification system designed to protect the art and artifacts of the museum. The museum is also made from fire resistant materials.

To design the new building, the Korean government held an international competition open to architects around the world to submit a proposal for the new building. There were over 854 entries from 59 countries. The winning design was inspired by the idea of a traditional Korean fortress and was submitted by Chang-Il Kim of Junglim Architects & Engineers Ltd.

The building is oblong, like a Korean fortress, at 404 meters in length. It is six stories in height and is surrounded by indigenous plants and gardens. It is served by Ichon Station on Seoul Subway Line 4 and Jungang Line on the Seoul Subway.

Layout of the museum
The museum is divided into three floors. Symbolically, the left of the museum is supposed to represent the past while the right side of the museum represents the future.
The first floor contains the Archaeological Gallery which contain approximately 4,500 artifacts from the Paleolithic to the Balhae era. The ten exhibition rooms in the gallery are the Paleolithic Room, Neolithic Room, Bronze Age & Early Iron Age Room, Proto Three Kingdoms Room, Goguryeo Room, Baekje Room, Gaya Room, Silla Room, Unified Silla Room, and Balhae Room. Information about and artifacts from important prehistoric sites and settlements such the Bangudae Petroglyphs and Songgung-ni are found in the Neolithic and Bronze Age Rooms.

Also on the first floor is the Historical Gallery which contains recorded and historical documents such as Hangul inscriptions, maps, and other valuable documents. The nine rooms of the gallery are the Hangeul Room, Prints Room, Inscriptions Room, Documents Room, Map Room, King and His Reign Room, Socio-economic Life Room, Traditional Thoughts Room, and Foreign Relations Room.

Finally, also on the third floor, is the Asian Arts Gallery which contains 970 pieces which explores the similarities and divergences of Asian Art and the confluence of Asian and Western art via the Silk Road. The six rooms are the Indonesian Art Room, Central Asian Art Room, Chinese Art Room, Relics from Sinan Seabed Room, Nangnang Remains Room, and Japanese Art Room.

The grounds of the museum contain parks, gardens of indigenous plants, waterfalls and pools, a collection of pagodas and other outdoor Korean art.

Treasures from Pyongyang Exhibit
Currently 90 significant cultural artifacts are on display at the National Museum of Korea which were loaned by the Korean Central History Museum in Pyongyang. The artifacts will stay until August 16, 2006 and will then move to the Taegu National Museum from August 28 to October 26. The exhibit was designed to engender other cultural property exchanges between the two Koreas. Of note is the bird bone flute from 2000 BCE which is the oldest extant musical instrument from Korea. The most important item loaned is a bronze statue of Wang Geon, the first king of the Goryeo Dynasty. The statue is 138.3 centimeter in height and was excavated in 1992 at his mausoleum in Kaesong. The statue was believed to have originally been dressed in royal clothes but those have since disappeared. Famous paintings from the Joseon Dynasty are also on loan. 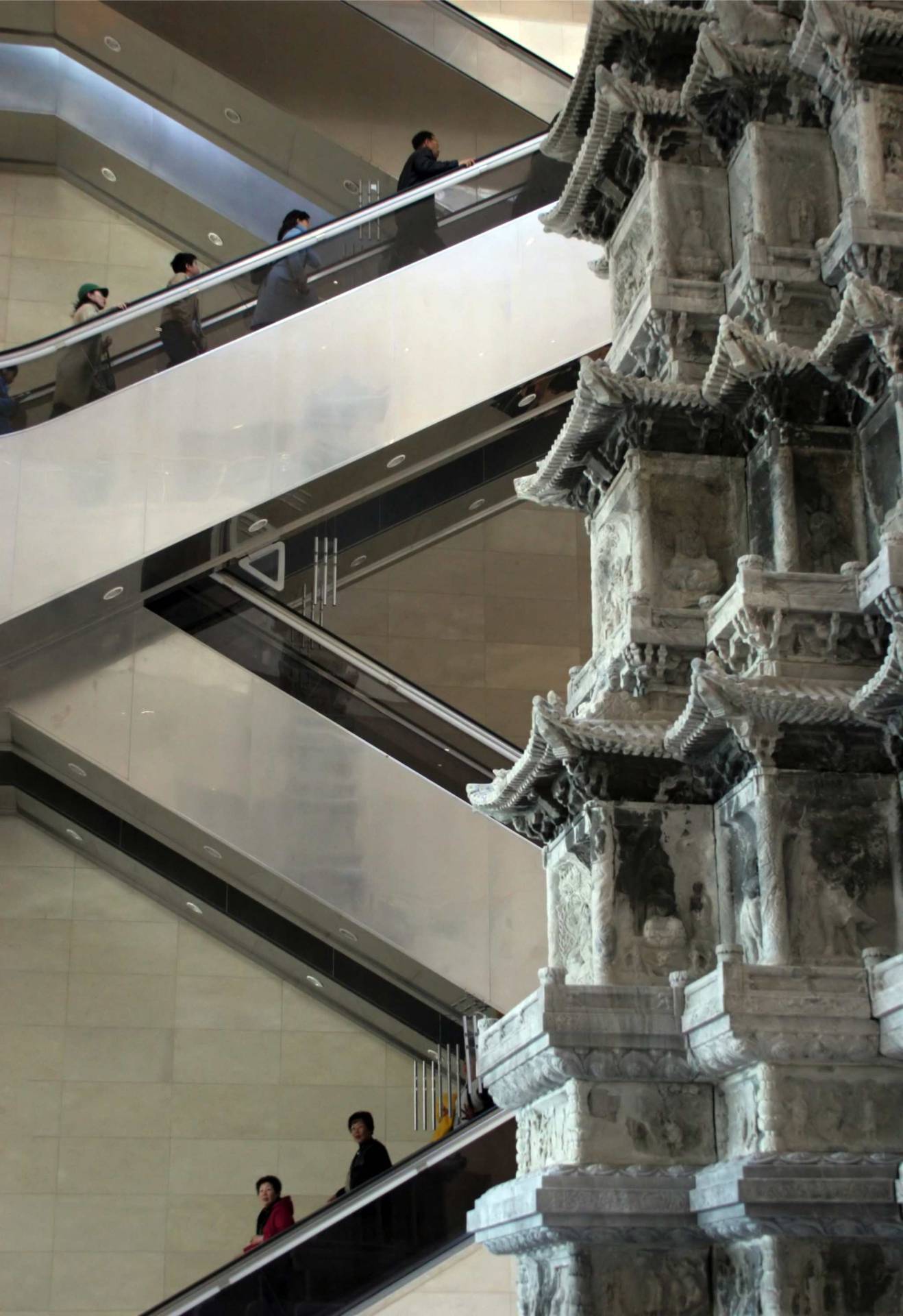