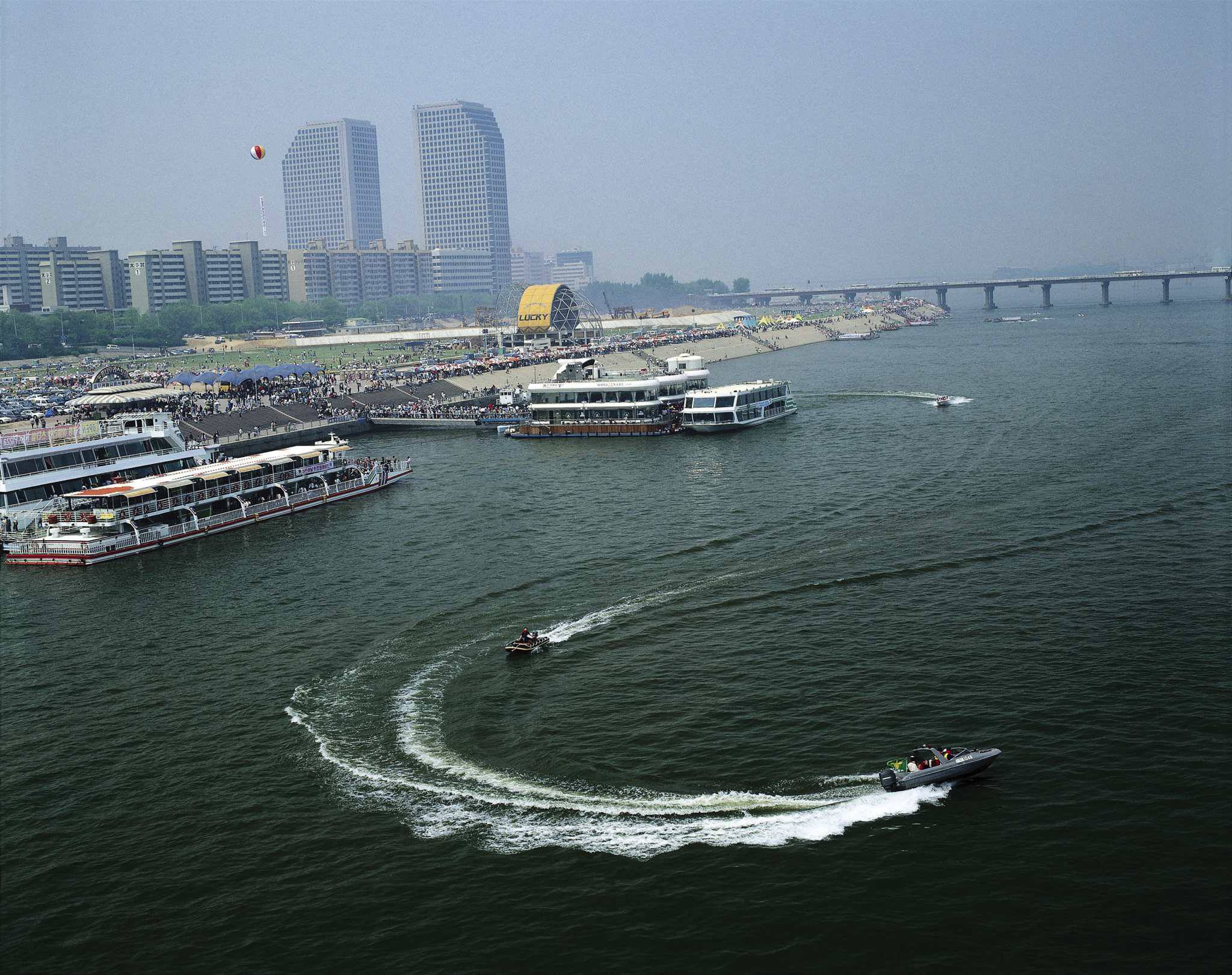 
Yeouido is a large island next to the Han River in Seoul, South Korea. It is Seoul's main business and investment banking district. Its 8.4 square kilometers are home to some 30,988 people. The island is located in the Yeongdeungpo-gu district of Seoul, and largely corresponds to the precinct of Yeouido-dong. The island contains the National Assembly Building, where the National Assembly of South Korea meets, the large Yoido Full Gospel Church, the 63 Building, and the headquarters of LG, KBS, and MBC, and the Korea Exchange Center.

Being a vacant spot convenient to the national capital of Joseon, Yeouido was used as a national pasture for sheep and goats, according to a 16th-century geographical record. When the Han River flooded, only a small patch of high ground remained above river level. (That is why the name of the island means "You can have it (Useless)". Yeouido remained for the most part an uninhabited sandbar prior to the construction of Seoul's first airport there by the Japanese occupation government in April 1924. The airport served both international, domestic, and military flights, and was also the site of a flight school. At that time the island was part of Goyang. The six-lane bridge connecting it to the mainland of Yeongdeungpo was constructed in 1970 as part of Han River development project lead by President Park Jung-Hee, after which time development took place rapidly. Yeouido-dong was formed as a separate entity in 1971.

Public parks
Five parks are located in Yeouido. Notable among these are the Yeouido district of the Han River Public Park and Yeouido Park. Yeouido Park was formed in 1999 through the reclamation of a patch of land, known as Yeouido Square or 5/16 square, which had lain under asphalt for 27 years and was used for various large public gatherings. In addition, a terminal for excursion ferries stands on the Han River shore.