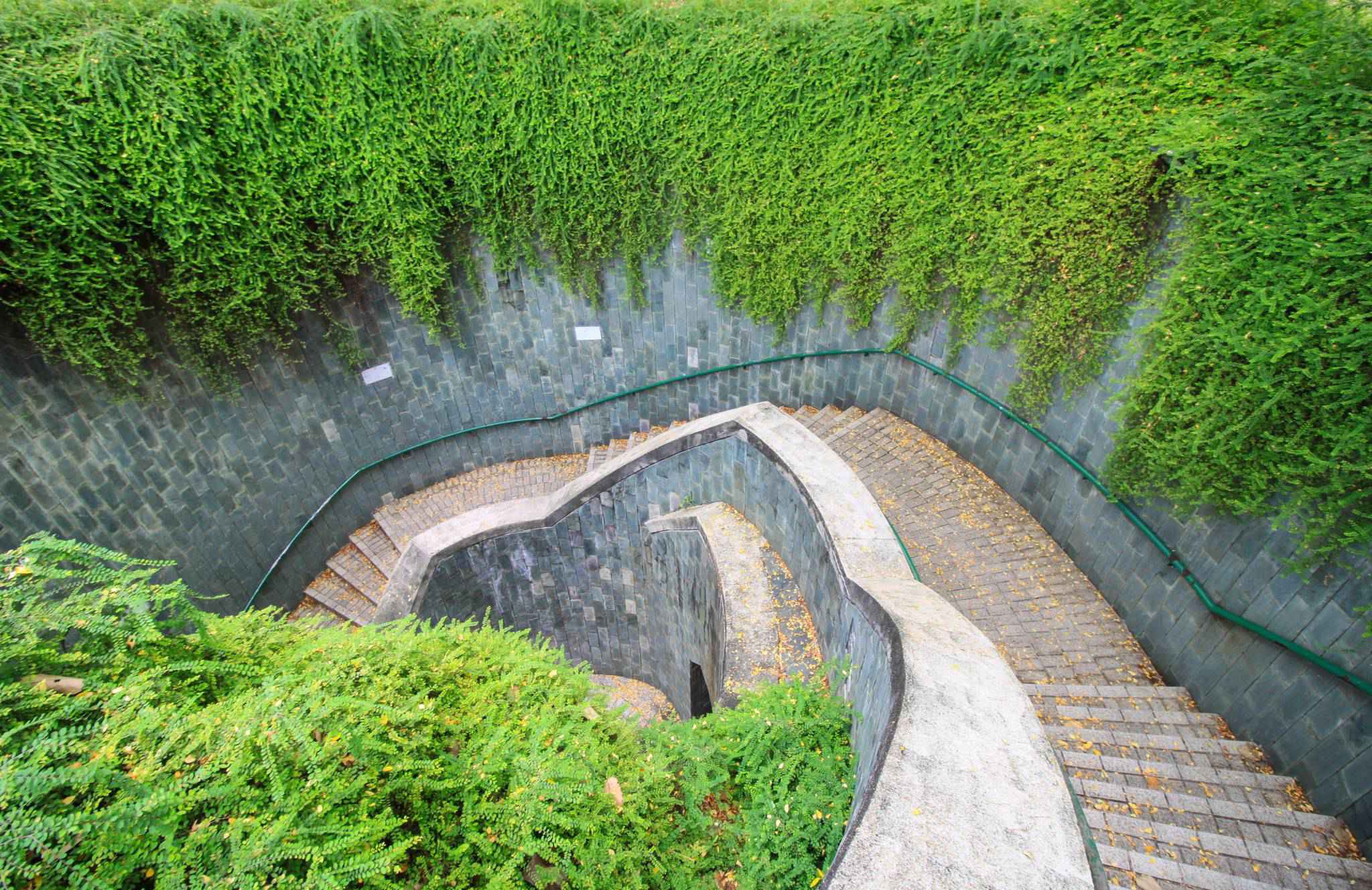 Fort Canning is a small hill slightly more than 60 metres high in the southeast portion of the island city-state of Singapore, within the Central Area that forms Singapore's central business district. Although small in physical size, it has a long history intertwined with that of the city-state due to its location as the highest elevation within walking distance to the city's civic district within the Downtown Core. It is also a popular venue for music shows and concerts.

Now a park overlooking Orchard Road and set in the heart of the Civic and Cultural District of Singapore, Fort Canning offers a variety of recreational activities, historical, educational, entertainment and cultural experiences. The park also serves as an important green lung for Singapore's downtown city area. The unique blend of historical relics, lush greenery and expansive lawns has made Fort Canning a hub of cultural and artistic activity. It has been a venue of choice for staging myriad outdoor events and activities like theatre carnivals, art festivals, starlight cinemas and Ballet Under the Stars performances. WOMAD, Singapore's largest music festival, has been a regular feature of the park's calendar of events since 1998. The Fort Canning Tunnel passes directly under the hill.

Highlights
Spice Garden: The garden is a replica of the first experimental botanical garden in Singapore established by Sir Stamford Raffles. Raffles had noble ambitions for Singapore's agricultural development, and had sent from Bencoolen spices like clove plants and nutmeg seeds to be planted in the garden.

Gothic Gates: These imposing and sombre gateways in gothic style lead the visitor into Fort Canning Green, where a Christian cemetery used to stand. Built in 1846, these gates have since become a landmark of Fort Canning Hill. The letters above both gates, "IHS" are iota, eta and sigma, the first three letters of the Greek word for Jesus.
Fort Canning Green: The frequent outdoor concerts and carnivals now held at Fort Canning Green belie the fact that the area was once a graveyard for some 600 Christian graves. The only graves left are at the far end of the Green (near the Drama Centre). Some tombstones that were removed were set into the walls surrounding Fort Canning Green.

Cupolas: The cupolas, designed by George Drumgoole Coleman, were probably places of rest. The word 'cupola' means a small dome-shaped roof or ceiling. George Coleman was a talented architect who left his mark on the urban landscape of Singapore. He was Raffles' consultant on Singapore's first town plan. As Superintendent of Public Works, he oversaw projects of land reclamation and construction of roads and landmarks such as the Armenian Church.

James Brooke Napier Memorial: Dedicated to James Brooke Napier, the infant son of William Napier, who was Singapore's first Law Agent, and Maria Frances Napier, the widow of George Coleman. The memorial was the largest erected in the cemetery, reflecting the status of William Napier.
Fort Canning Arts Centre: Fort Canning Arts Centre used to be the barracks of the British Army. The British Army chose Fort Canning as its headquarters of its defence bases in the 1920s to protect British interests in Southeast Asia.

Sally Port: The sally port is a small hidden door that leads into or out of a fort, allowing occupants to escape from the fort undetected. Fort Canning had at least three sally ports but only one remains today.

Fort Wall and Gate: Raffles, in a letter to William Farquhar in 1819, on the suitability of building a fortress on Government Hill: " ...On the hill overlooking the Settlement, and commanding it and a considerable portion of the anchorage, a small Fort, capable of mounting 8 or 10 pounders and of containing a magazine of brick or stone, together with a barrack for the permanent residence of 30 European artillery, and of temporary accommodation of the rest of the garrison in case of emergency."

9-Pound Cannon: One of a pair of cannons that was meant to shoot 9-pound balls. Playing a decorative role rather than a defensive one, the cannon was fired three times a day at 5 a.m., 1 p.m., and 9 p.m. to announce the hour. It was also fired as a salute and warning of town fires. Next to the cannon is South Battery, the site at which the main battery of guns was mounted to defend Singapore in the 19th century.

Raffles' House: Raffles built his house on Government Hill on his third and last visit to Singapore. "We have lately built a small bungalow on Singapore Hill where, though the height is inconsiderable, we find a great difference in climate. Nothing can be more interesting and beautiful than the view from this spot. The tombs of the Malay Kings are close at hand, and I have settled that if it is my fate to die here I shall take my place amongst them: this will at any rate be better than leaving my bones at Bencoolen..." – Raffles in a letter to William Marsden in 1823.

Archaeological Excavation Site: In 1984, archaeologist John Miksic and his team began an archaeological excavation that continues until today. Among the artefacts recovered were porcelain, earthenware and glass shards. These artefacts show that there could have been a Malay kingdom on Fort Canning Hill, with possibility of glass and gold workshops. 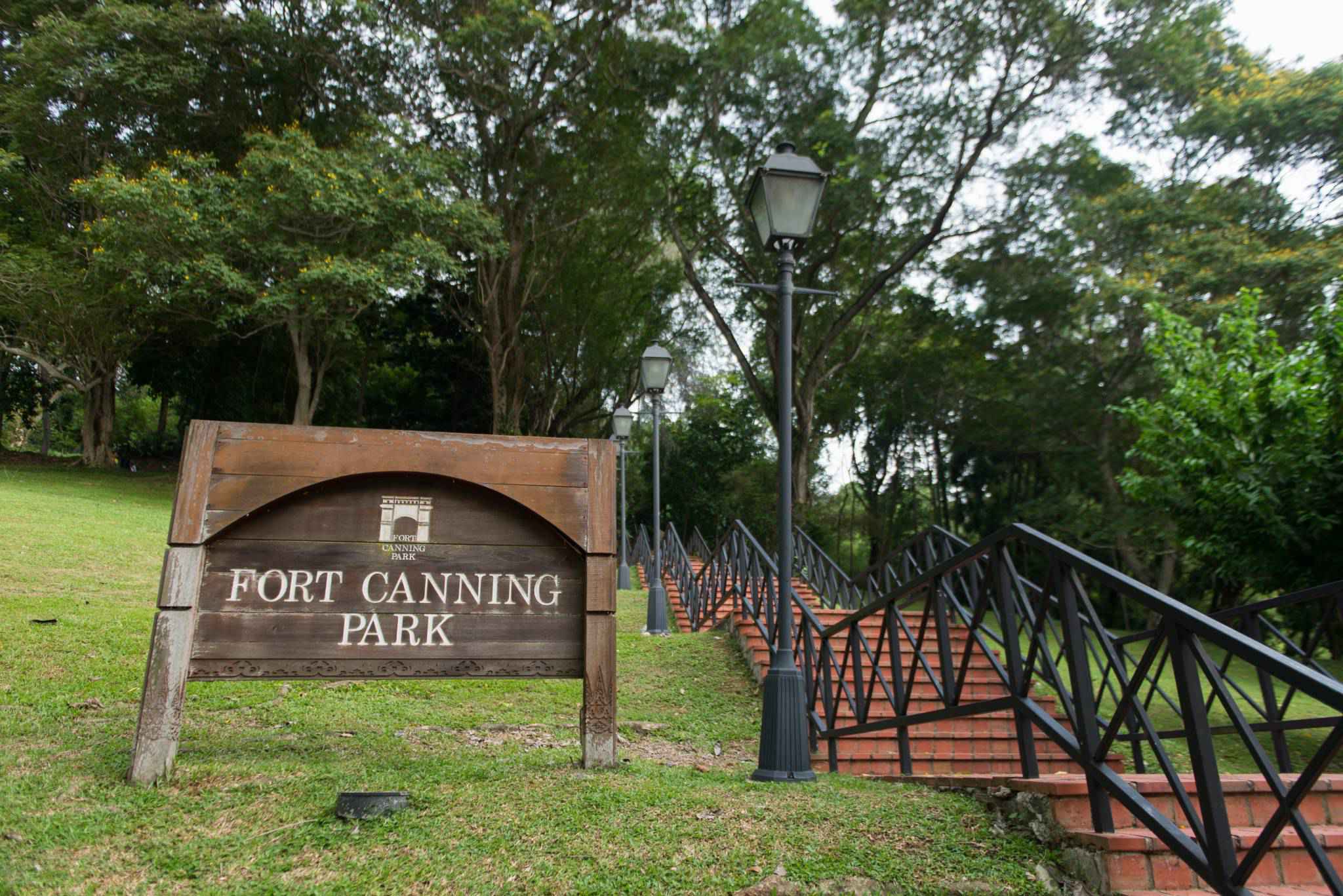