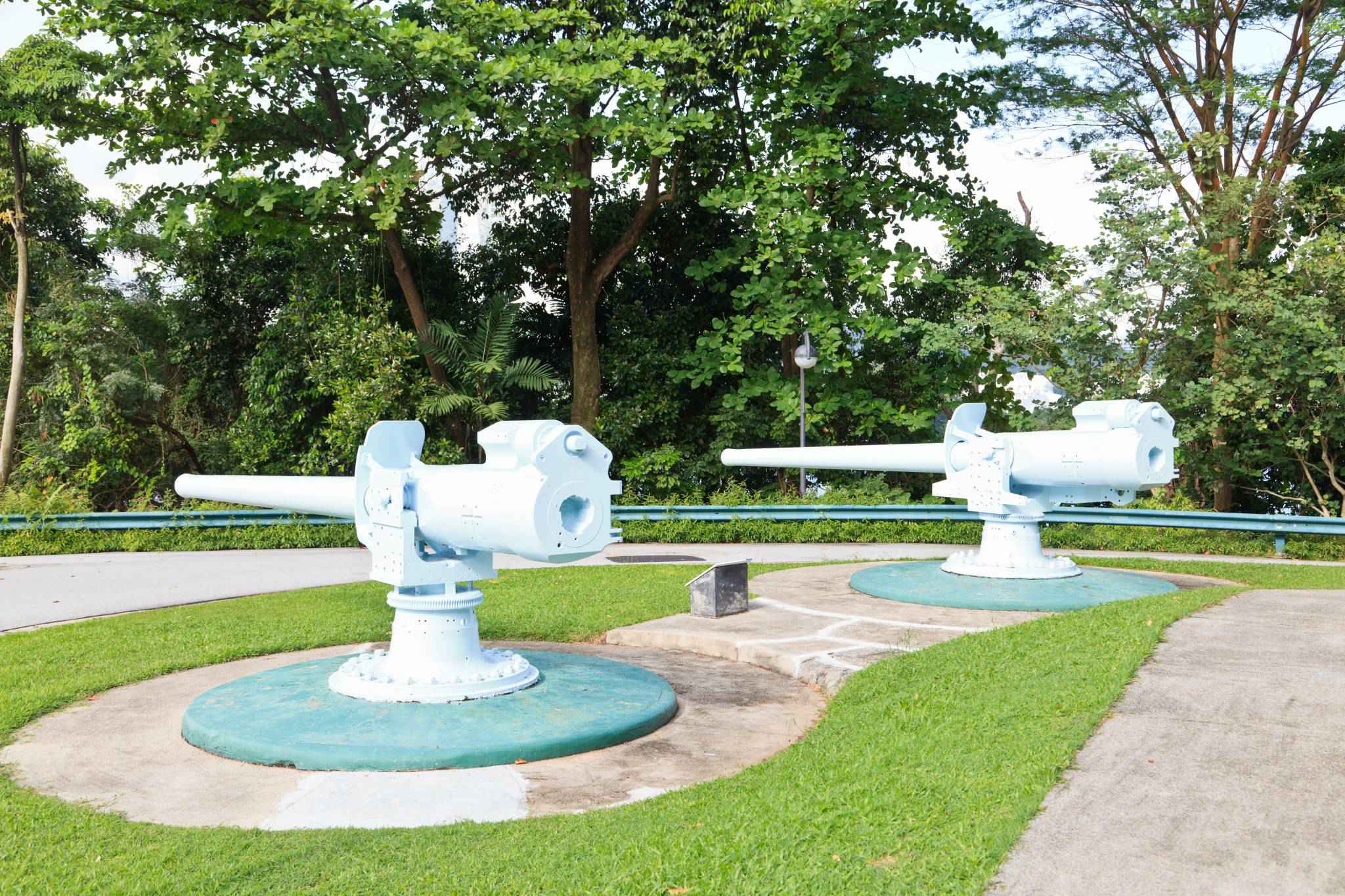 Fort Siloso is the sole restored coastal gun battery from the 12 such batteries which made up "Fortress Singapore" at the start of World War II. The fort is situated on Pulau Blakang Mati , an island south of mainland Singapore. The fort is now a military museum open to the public.

Construction
The word "Siloso" is derived from a Malayan word meaning "rock" (Sanskrit root word: Sila). There was a huge rock at the mouth of Singapore's harbour which was very dangerous to shipping. With trade flourishing in Singapore due to the opening of the Suez Canal in 1869, it was necessary to protect Singapore's port. Based on the report by Major Edward Lake of the Madras Engineers, a fort was built on Pulau Blakang Mati (Sentosa) in 1874. As part of the fortification, Mount Siloso's top was blown off to flatten it for the installation of a gun platform. By the 1880s, gun batteries were located on Mount Siloso and Mount Serapong on Pulau Blakang Mati.

Armament
By the 1880s, Fort Siloso had 7-inch guns and two 64 pounder guns. In the 1890s, five 10-inch guns were installed. These guns were operated electrically from an underground power-house. In the 1930s, twin 6-pounders, quick-firing anti-torpedo boat guns; five searchlights; an Operational Tower; two machine guns and two twin Lewis anti-aircraft machine guns were added due to reports of impending war. The fort was manned by the British Royal Artillery and the Singapore Artillery Corps.

World War II
The forts were built to defend Singapore against an invasion by sea from the south. However, during the Battle of Singapore in February 1942, the guns were turned 180 degrees inland to fire at Japanese forces approaching Singapore from the north. The fort's guns were fired at Japanese positions and troops who were advancing toward the city area from Tengah Airfield. The British and local troops who were retreating from the overrun Pasir Laba Battery and heading back to British lines via the sea were mistaken for Japanese troops and fired upon.

This building is now known as the Surrender Chambers and has a vivid portrayal of the scenes of the British and Japanese surrenders with actual footage of the war being played interactively. This is on the upper storey; the ground floor has been turned into a souvenir shop. During the Japanese occupation of Singapore, the fort was used as a prisoner-of-war camp.

Post-World War II
After the Japanese surrender in 1945, the Royal Navy occupied the fort in 1946 and its guns were manned by the 1st Malay Coast Battery and Royal Artillery. Gurkha detachments took over manning the guns when the British gunners were withdrawn and the 1st Malay Coast Battery was disbanded. During the Indonesia–Malaysia confrontation between 1963 and 1965, Fort Siloso was manned by the 10th Gurkha Rifles to prevent Indonesian saboteurs from landing on Sentosa and Keppel Harbour.
Fort Siloso became a Catholic retreat for British forces until Sentosa was handed over to the Singapore government following the British withdrawal in 1967. The Singapore Armed Forces then took control of the fort.

Fort Siloso was converted into a military museum in 1974, displaying its history and guns. Other coastal guns from different parts of Singapore were brought here for display. It had previously held the display of the British surrender. 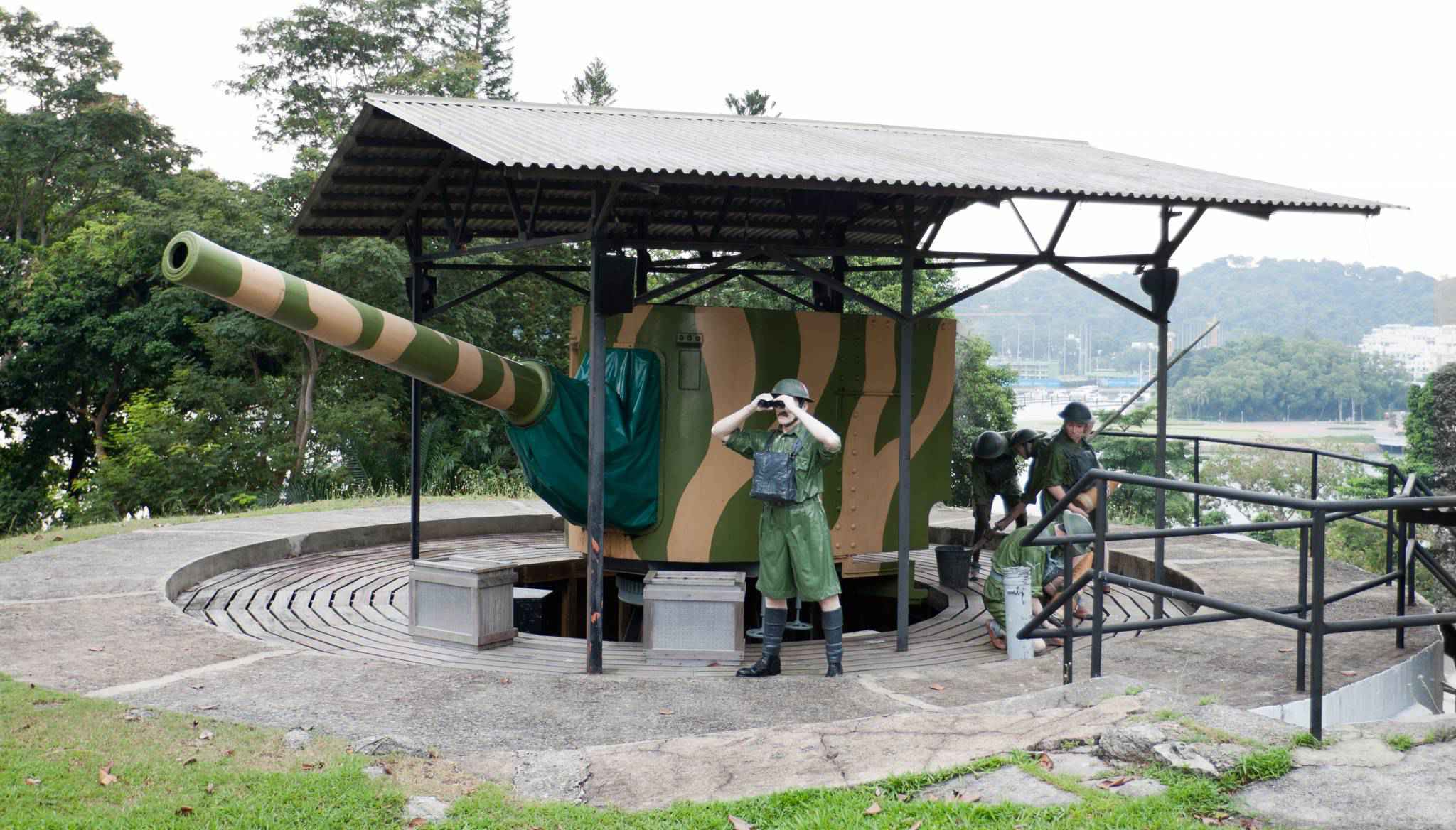