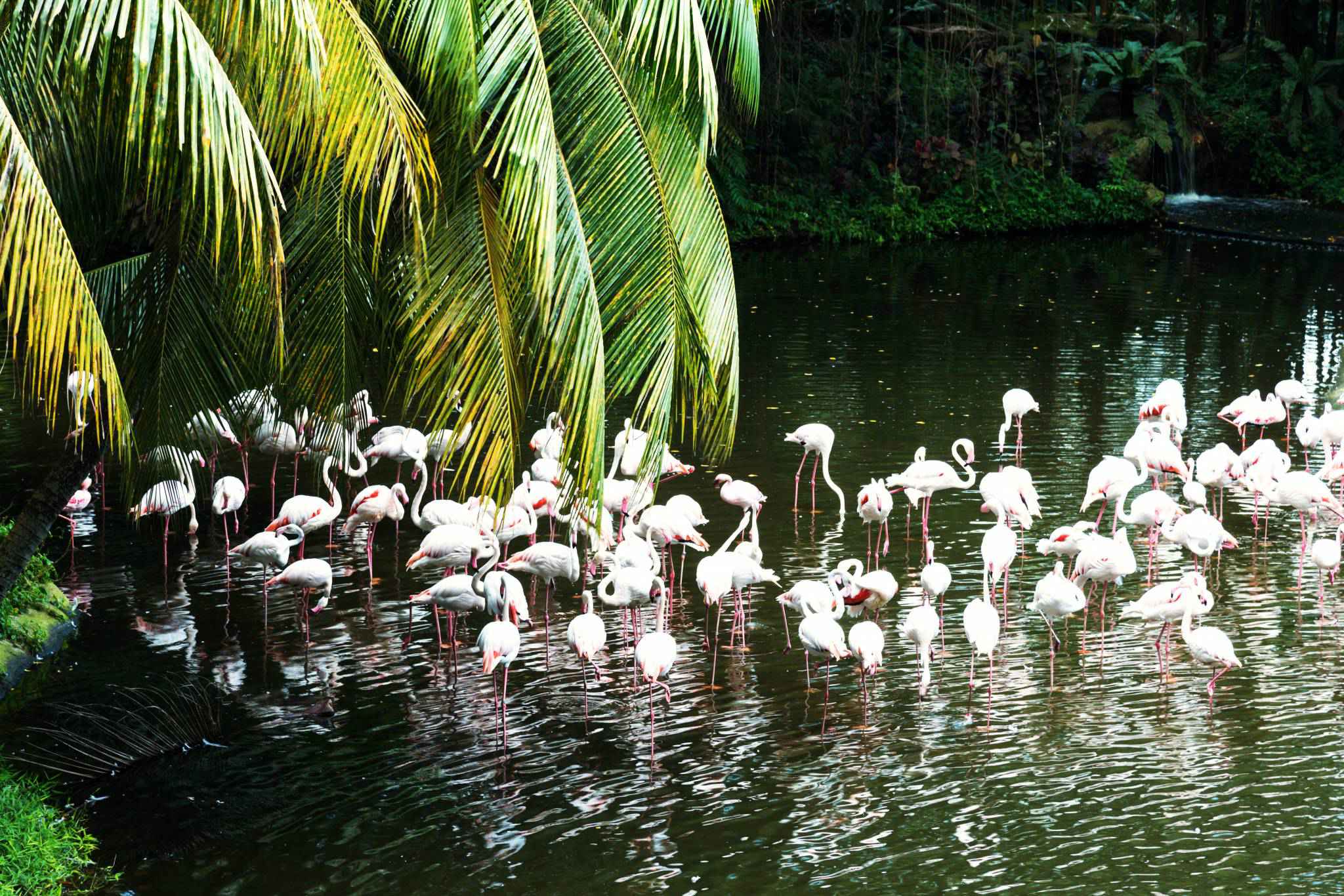 Jurong Bird Park is an aviary and tourist attraction in Jurong, Singapore. The bird park, managed by Wildlife Reserves Singapore, covers an area of 0.2 square kilometres on the western slope of Jurong Hill, the highest point in the Jurong region.

African Waterfall Aviary
The African Waterfall Aviary is the second largest walk-in aviary in the world, covering 2 hectares (4.9 acres) and including more than 600 free-flying birds of more than 50 species. The aviary is named after the 30-metre (98 ft) tall Jurong Falls, one of the world's tallest man-made waterfalls. Species include the golden-breasted starling, turacos and the hoopoe.

Dinosaur Descendants
In one corner of the zoo there is a section full of flightless birds: ostriches, emus, rheas and cassowaries are the residents of this exhibit.

Southeast Asian Birds Aviary
Visitors can see the largest collection of Southeast Asian birds, which has over 200 species. There are large, central walk-in aviaries and peripheral aviaries housing the more delicate and territorial birds. A thunderstorm is simulated at noon each day, followed by a cool, light drizzle. Territorial species are kept in large cages, while species that can coexist with each other (fruit doves and pigeons being two examples) are left to roam freely in the aviary.

Lory Loft
About nine storeys high and covering 3,000 square metres (32,000 sq ft), the Lory Loft is the world's largest walk-in flight aviary for lories and lorikeets, with over 1,000 free-flying lories. The ambience is similar to that of a rainforest valley in tropical Northern Australia. Visitors can offer the lories a special nectar mix.

Penguin Coast
Houses five species of penguins within 1,600 square metres (17,000 sq ft). Featuring a 21-metre (69 ft) tall Portuguese galleon façade and designed to resemble a ship, the interior of Penguin Coast is constructed with timber beams and wooden flooring. Penguin Coast is home to the Humboldt, rockhopper, macaroni and king penguins, which live in an indoor, climate-controlled den with access to an outdoor enclosure showcasing African penguins, one of the few species that are adapted to the tropics. Joining them are cape shelducks and gulls.

World of Darkness
Asia's first nocturnal bird house features a system of reverse lighting, converting day to night and vice versa. On display are 60 birds from 17 species, like the night herons, fish owls, boobook owls and snowy owls. It is akin to a quiet nocturnal walk along a starlit jungle path, watching birds in their nocturnal surroundings and hearing them beckon each other.

Pelican Cove
Visitors catch a glimpse of all seven species of pelicans, including the endangered Dalmatian pelican. There is a board-walk where visitors can stroll and observe the birds. Visitors can also see the pelicans at the world's first underwater viewing gallery for pelicans, where the birds scoop up fish at feeding time.


High Flyers Show
This bird show has the world's largest number of performing birds in a single act. Besides highlighting the antics of talented birds like the mimicking cockatoos, this show is also a window onto the natural behaviour of birds like pelicans, flamingos and hornbills.

Kings of the Skies Show
Visitors watch birds of prey such as eagles, hawks and falcons, who will fly in loops and soar above the treetops. Visitors also learn about falconry as these birds are put through their paces in a simulated hunt.

Lunch with the Parrots
Visitors enjoy a parrot show over lunch in front of the flamingo lake.

Transport
Jurong Bird Park can be accessed on SBS Transit Service 194 from Boon Lay Bus Interchange, which has connections to the Mass Rapid Transit at Boon Lay MRT station. 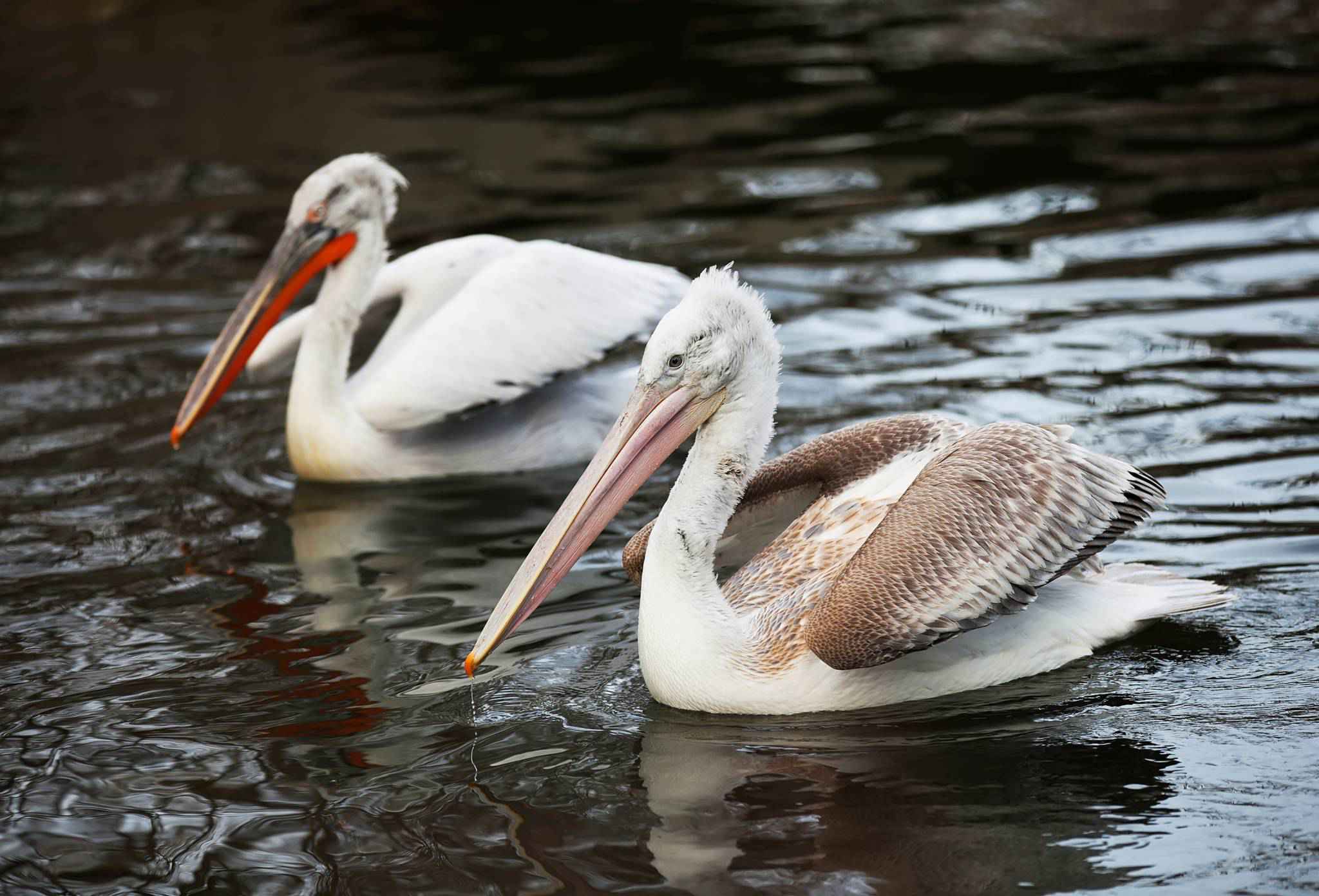