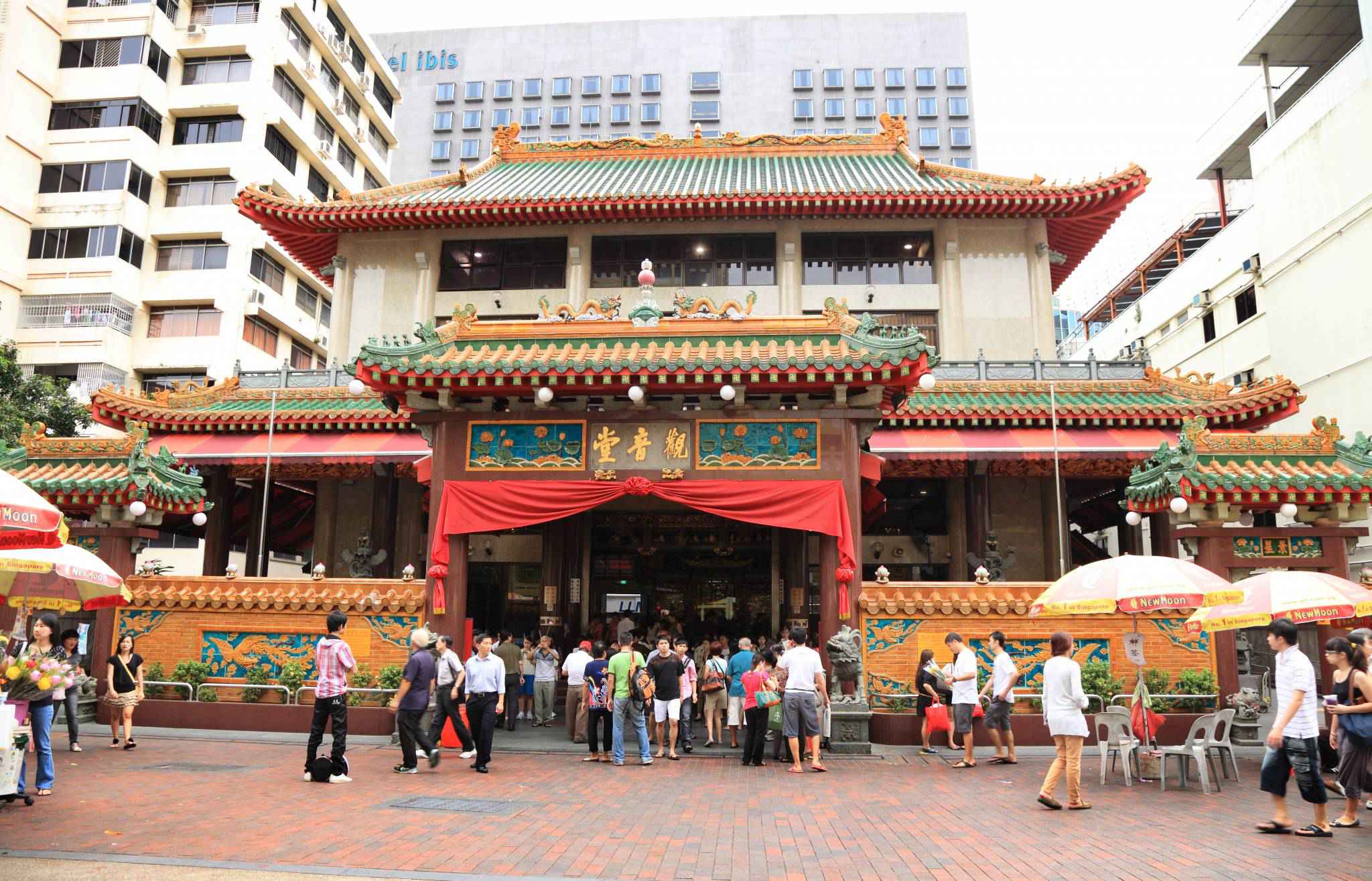 Kwan Im Thong Hood Cho Temple is a traditional Chinese temple situated at 178 Waterloo Street in Singapore. The temple is of significance to the Chinese in Singapore, and is believed to bring worshippers good luck after praying to the Kuan Yin (观音), or Avalokiteśvara, the bodhisattva associated with compassion. The temple is also involved in charity work, contributing to several health and educational organisations.

History and architecture
The temple has existed since 1884 at its present location with a reconstruction in 1895. The original temple was an example of Chinese temple architecture and traditional craftsmanship. In its vicinity were other places of worship such as the adjacent Sri Krishnan Temple, Church of Saints Peter and Paul at Queen Street, Maghain Aboth Synagogue and the Malabar Jama-ath Mosque. The original temple, entry was gained across a large sheltered courtyard through a porch and screened anteroom. The main hall then contained three altars, the central one for the Kuan Yin and one each for Bodhidharma (the founder of Zen Buddhism) and Hua Tuo, a Chinese patron saint of medicine and healing on the flanking altars. An image of Sakyamuni Buddha was kept in the rear hall and various ancillary rooms on either side. During the second World War, the temple was spared of destruction when all the other buildings in the area were severely damaged. It provided refuge for the sick, the wounded and the homeless.
In 1982, the temple was extensively rebuilt as it needed to increase its capacity due to the high number of worshipers at the temple. All deities were enshrined on a single altar in the prayer hall with the elevated statue of Sakyamuni Buddha placed behind Kuan Yin. The relative positions of other deities remain unchanged. A large space of two separate roofs of different height. The entrance wall is a large central gateway flanked by two smaller ones and colours are rich in golden yellows, reds, blues and greens. At the ends of all the roof rafters, there are yellow Buddhist swastikas on a green ground. The roof decorations are comparatively constrained, the ridges, having simple curves with decorations of good omen. The tiles inside the hall of the temple are currently being changed from ceramics to granite. Candles and incense are not burnt inside the temple hall, but burnt in an urn at the entrance of the temple to prevent the soot from staining the ceiling.

Worship
Kwan Im Temple remains as one of the major temples in the area, with thousands of devotees visiting the temple to pray for blessings from Kwan Yin. Devotees believe that they will be blessed after worshiping at the temple, thus making it one of the most visited temples in Singapore. Devotees are known to visit the temple on the first or fifteenth day of Chinese New Year seeking blessings. On the eve of Chinese New Year, the temple is opened all night and the street is often packed with devotees queuing shoulder to shoulder to enter the temple hall to offer their incense to the Kwan Yin in hope for an auspicious start to the New Year. The temple is well known for its divination activities which are believed to be very accurate.