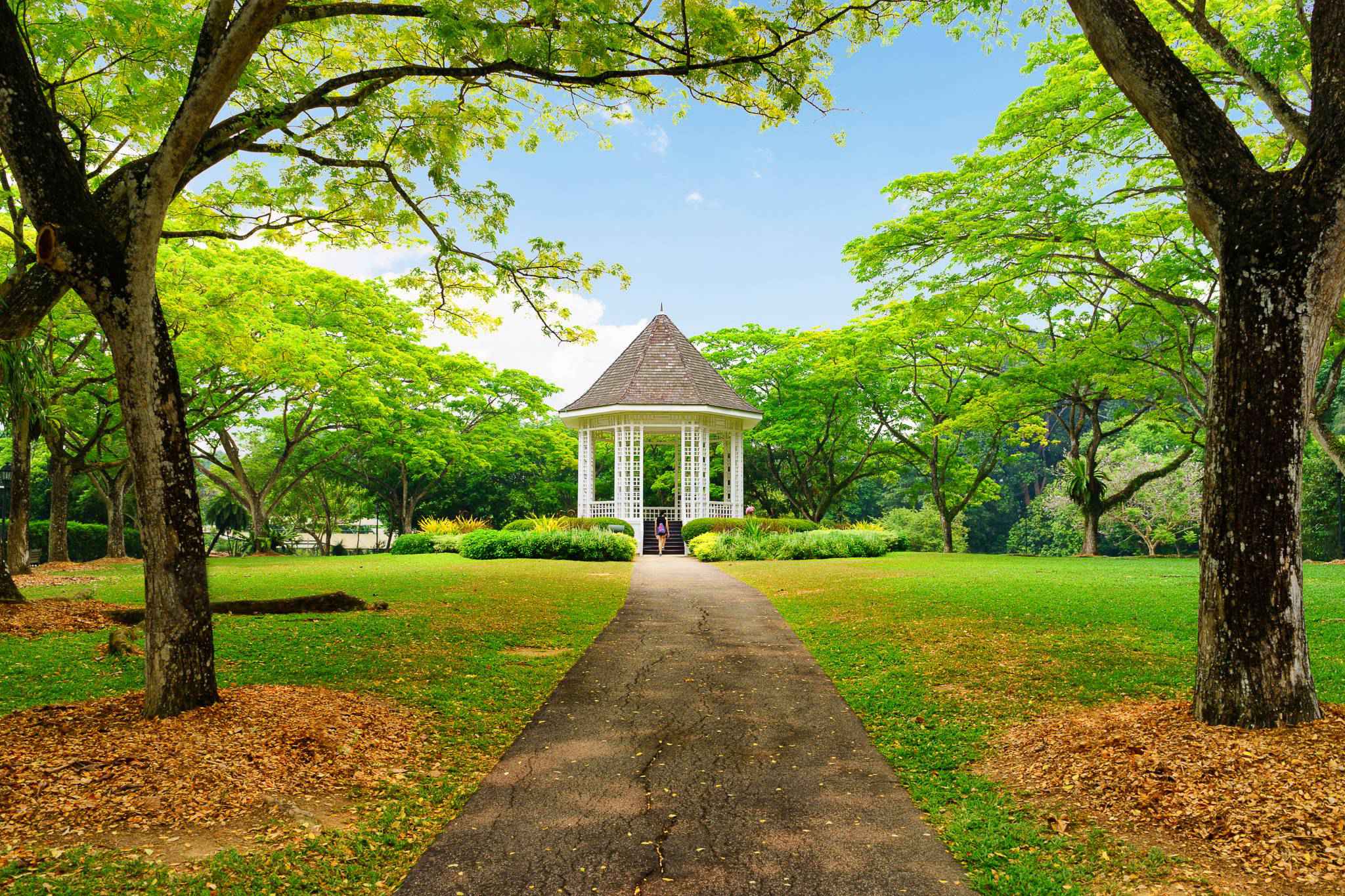 The Singapore Botanic Gardens is a 156-year-old tropical garden located at the fringe of Singapore's main shopping belt. It is one of three gardens, and the only tropical garden, to be honored as a UNESCO World Heritage Site.

The Botanic Gardens was founded at its present site in 1859 by an agri-horticultural society. It played a pivotal role in the region's rubber trade boom in the early twentieth century, when its first scientific director Henry Nicholas Ridley, headed research into the plant's cultivation. By perfecting the technique of rubber extraction, still in use today, and promoting its economic value to planters in the region, rubber output expanded rapidly. At its height in the 1920s, the Malayan peninsula cornered half of the global latex production.

The National Orchid Garden, within the main gardens, is at the forefront of orchid studies and a pioneer in the cultivation of hybrids, complementing the nation's status as a major exporter of cut orchids. Aided by the equatorial climate, it houses the largest orchid collection of 1,200 species and 2,000 hybrids.
Early in the nation's independence, Singapore Botanic Gardens' expertise helped to transform the island into a tropical Garden City, an image and moniker for which the nation is widely known. In 1981, the hybrid climbing orchid, Vanda Miss Joaquim, was chosen as the nation's national flower. Singapore's "orchid diplomacy" honors visiting head of states, dignitaries and celebrities, by naming its finest hybrids after them; these are displayed at its popular VIP Orchid Gardens.

Attractions
Singapore Botanical Gardens is open from 5 a.m. to 12 midnight every day of the year. There is no admission fees, except for the National Orchid Garden within the main gardens.

The garden is bordered by Holland Road and Napier Road to the south, Cluny Road to the east, Tyersall Avenue and Cluny Park Road to the west and Bukit Timah Road to the North. The linear distance between the northern and southern ends is around 2.5 km (1.6 mi). There are a number of entrances in different zones of the gardens, but the Tanglin Gate facing Holland Road in the south is the grand entrance.

The corridors and walkways of the Botany Centre are covered by leaf imprints. There are also a number of wooden carvings scattered around the grounds, and fern-covered vertical walls.

The Green Pavilion is the first "green roof" in Singapore. Weed- and grass-like plants fully cover the pitched roof. It houses the visitor services desk as well as a cafe, Food For Thought, in its basement.


The Children's Garden was named after its main donor Jacob Ballas, a Jewish-Singaporean philanthropist who died in 2004.

Other attractions
Tropical plants line the bank of the Saraca Stream as it meanders its way down a small hill. The main highlights of the stream walk are the Yellow Saraca trees (Saraca cauliflora) and Red Saraca (Saraca declinata). Other attractions include the Palm Valley, Bandstand area, Sun Garden and Sundial Garden.

The headquarters of the National Parks Board is located within the grounds of the Singapore Botanic Gardens. Eateries within the garden include Corner House, a casual fine-dining restaurant in a colonial bungalow; Casa Verde, a café at the Visitor Centre; and Halia Restaurant, a restaurant at the Ginger Garden. There are also gift shops for visitors. Singapore's national agency in biodiversity-related issues, the National Biodiversity Centre, is also located within the grounds of the gardens. 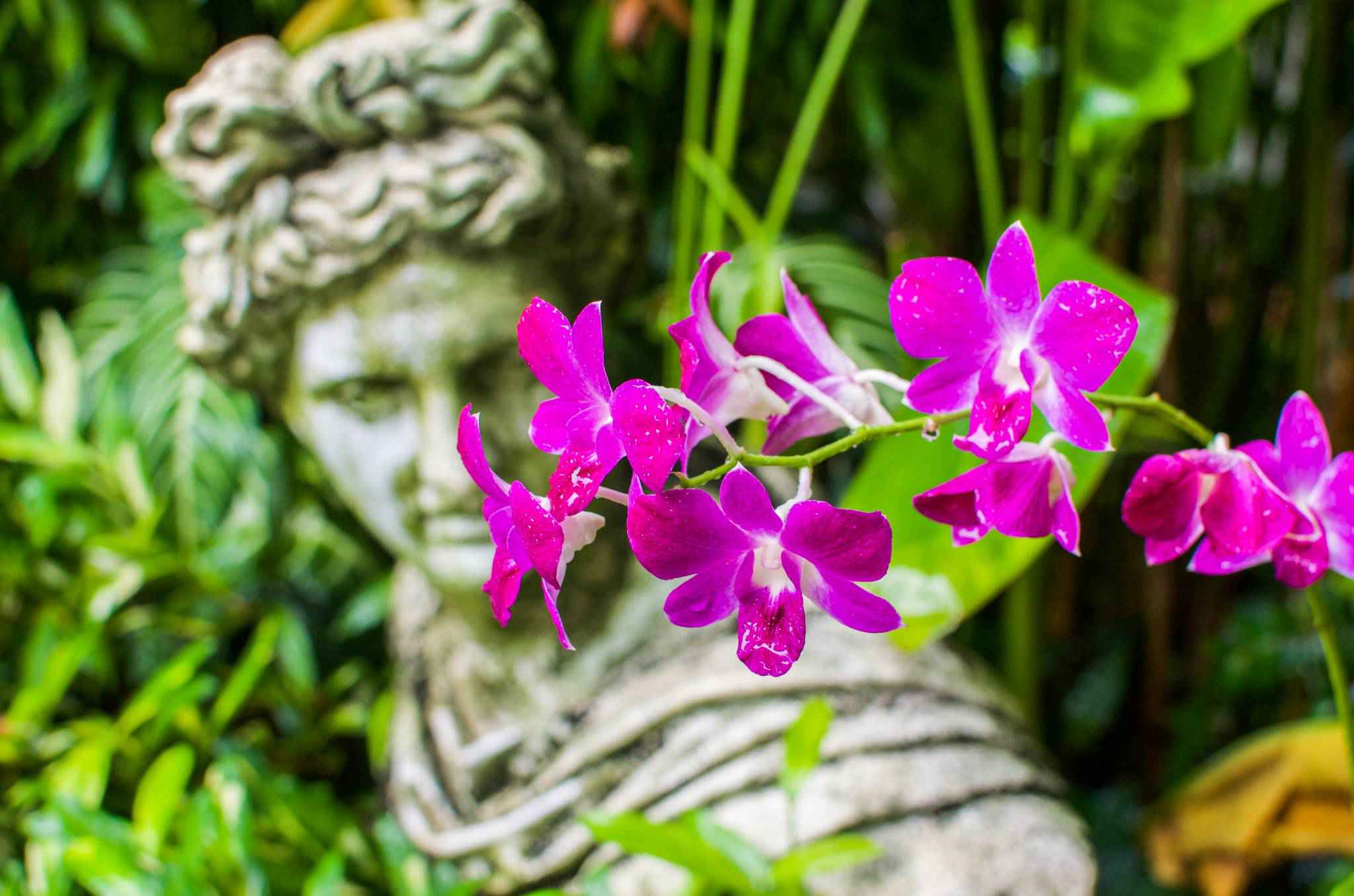