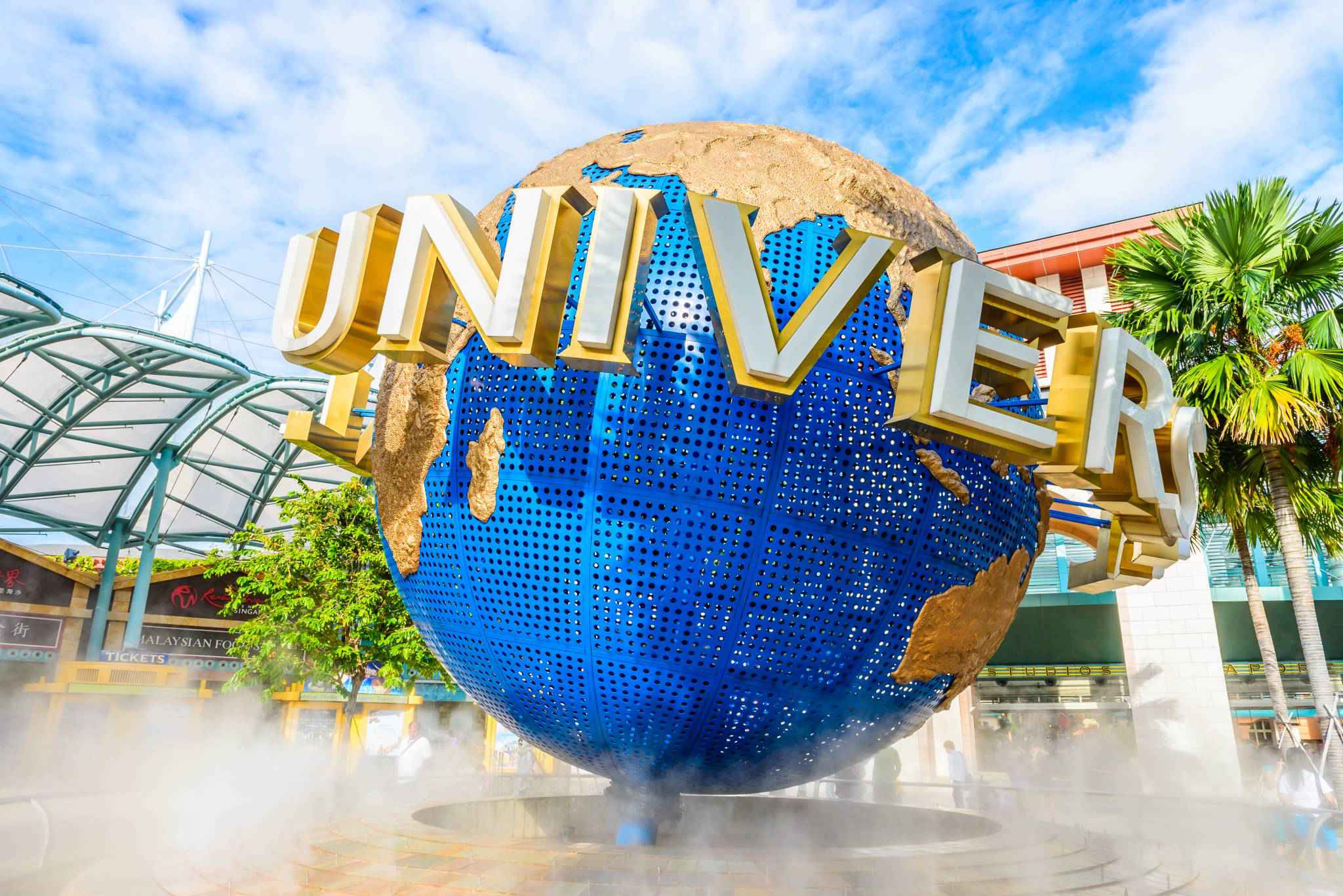 Universal Studios Singapore is a theme park located within Resorts World Sentosa on Sentosa Island, Singapore. It features 24 rides, shows and attractions in seven themed zones. It was a key component of Genting's bid for the right to build Singapore's second integrated resort. On 8 December 2006, the Singapore government announced that the consortium had won the bid. Construction of the theme park and the rest of the resort started on 19 April 2007. It is the second Universal Studios theme park to open in Asia (Japan being the first), and the first in Southeast Asia. The official plans for the park were unveiled to the public when Universal Studios Singapore released a park map to the public on 20 October 2009.

Universal Studios Singapore is 20 hectares (49 acres) in size, occupying the easternmost part of the 49-hectare (120-acre) Resorts World Sentosa. There are a total of 24 attractions, of which 18 are original or specially adapted for the park. The park consists of seven themed zones which surround a lagoon. Each zone is based on a blockbuster movie or a television show, featuring their own attractions, character appearances, dining and shopping areas. The park features the world's tallest pair of dueling roller coasters that are based on the popular television series, Battlestar Galactica; a castle from the world of Shrek and Monster Rock, a live musical show featuring the Universal Monsters. Universal Studios Singapore has over 30 restaurants and food carts, together with 20 retail stores and carts located around the park. Attractions premiering are marked "Premiere" and dining outlets that are certified Halal are marked with "Halal".

Sesame Street Show - When I Grow Up- Join the Sesame Street gang in a musical stage show. The show has since ended on August 2017
Lake Hollywood Spectacular- A fireworks show
Mel's Dinettes
The Cruisers
Meet & Greets

Sci-Fi City
Sci-Fi City is an imagined metropolis of the future that contains many modern conveniences of life, but with little or no remnants of past inhabitants and cultures that are able to stand the course of time. It is the home of the world's tallest pair of dueling roller coasters, at a height of 42.7 metres (140 ft). The pair of dueling roller coasters, Battlestar Galactica: Human vs. Cylon, are based on the hit television series, Battlestar Galactica.

Ancient Egypt
Ancient Egypt is based on the historical adaptation of Ancient Egypt during the 1930s Golden Age of Egyptian Exploration. It features obelisks and pyramids which are typical of Ancient Egypt. Also featured are Pharaohs' tombs which were supposedly commonly discovered during that era. This zone relies on the depictions made in the popular film franchise, The Mummy, starring Brendan Fraser.

Far Far Away
Is inspired by DreamWorks Animation's hit Shrek franchise which depicted how the fairy-tale characters lived in daily life. The zone consists of many recognizable locations from the film series, and the main highlight of the zone is the 40-metre tall "Far Far Away Castle". Special character appearances include: Shrek, Donkey, Puss in Boots, Princess Fiona, Pinocchio and Prince Charming.

Madagascar
Madagascar is inspired by the DreamWorks Animation franchise of the same name which features four zoo animals, Alex, Gloria, Marty and Melman escaping from the Central Park Zoo and unfortunately crashing onto the island of Madagascar. The zone features tropical jungles as well as two rides. Special character appearances include: Alex, Gloria, King Julien, Skipper, Kowalski, Private and Rico. 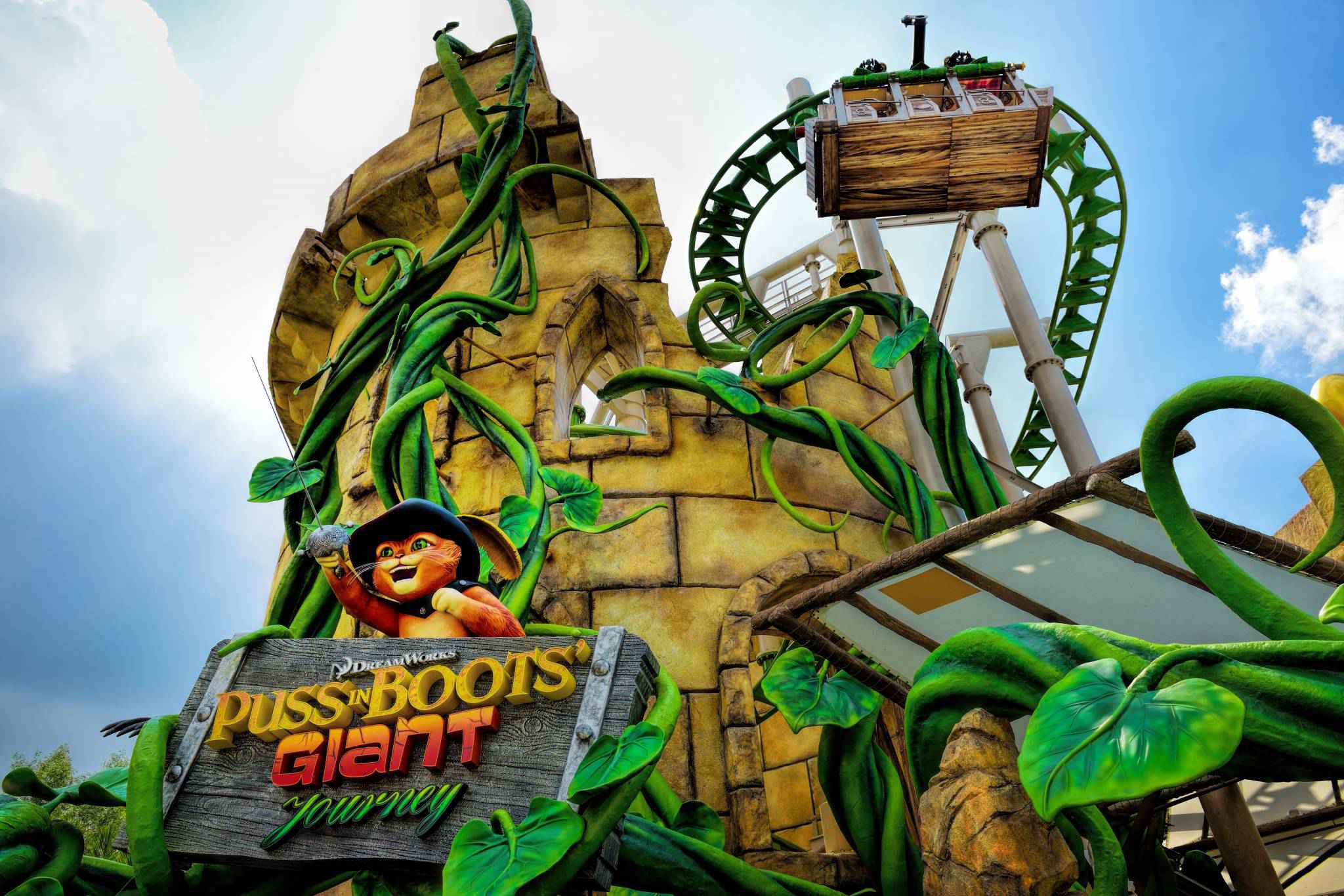