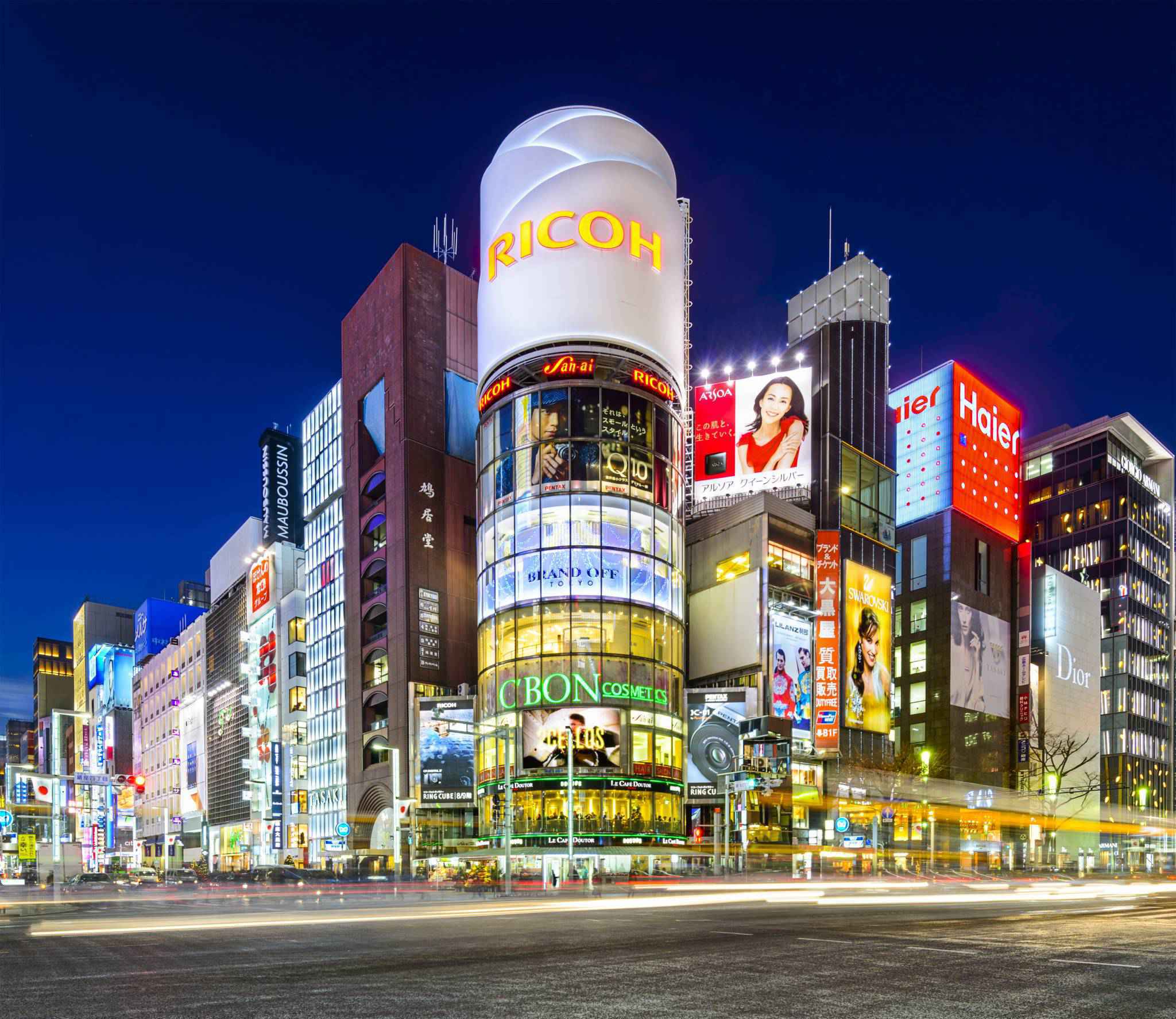 Ginza (銀座) is a district of Chūō, Tokyo, located south of Yaesu and Kyōbashi, west of Tsukiji, east of Yūrakuchō and Uchisaiwaichō, and north of Shinbashi.

It is a popular upscale shopping area of Tokyo, with numerous internationally renowned department stores, boutiques, restaurants and coffeehouses located in its vicinity. Ginza is recognized by many as one of the most luxurious shopping districts in the world, attracting visitors and regulars alike from across the globe.

Pedestrianization
Each Saturday and Sunday, from 12:00 noon until 5:00 pm, the main street through Ginza is closed off to road traffic, allowing people to walk freely. This is called Hokōsha Tengoku (歩行者天国) or Hokoten for short, literally meaning "pedestrian heaven".

Sony Building (Tokyo)
The Sony Building was designed by Japanese architect Yoshinobu Ashihara, and opened on April 29, 1966 in Tokyo's Ginza ward (Chūō-ku). It is located at the Sukiyabashi crossroads on Harumi-dori, and is accessible directly from the Ginza subway station via exit B9. The building is an example of Postmodern architecture.
The main showroom section of the building is split level floors up to the 6th floor, with each quarter of the showroom elevated from the previous by 90 cm (35 in), creating a continuous showroom space. Another unusual feature of this building is that it leaves a small square facing the intersection open, creating a performance/display space that the architect referred to as "Sony Square".

A major renovation was made in 1992, with the exterior restored to its original condition. Exterior louvers and tiles were replaced, new entrance doors were installed, and the small square at the corner of the intersection was renovated. The original facade, a light display consisting of a large number of 5-inch cathode ray tubes, was replaced with 74 aluminum panels. Interior renovation was done at this time as well.

In August 2007, it was announced that Mitsukoshi would merge into Isetan, a major department store in Japan. Mitsukoshi TYO: 2779 was unlisted on March 26, 2008, and on April 1, it merged with Isetan under a joint holding company called Isetan Mitsukoshi Holdings Ltd. (TYO: 3099). 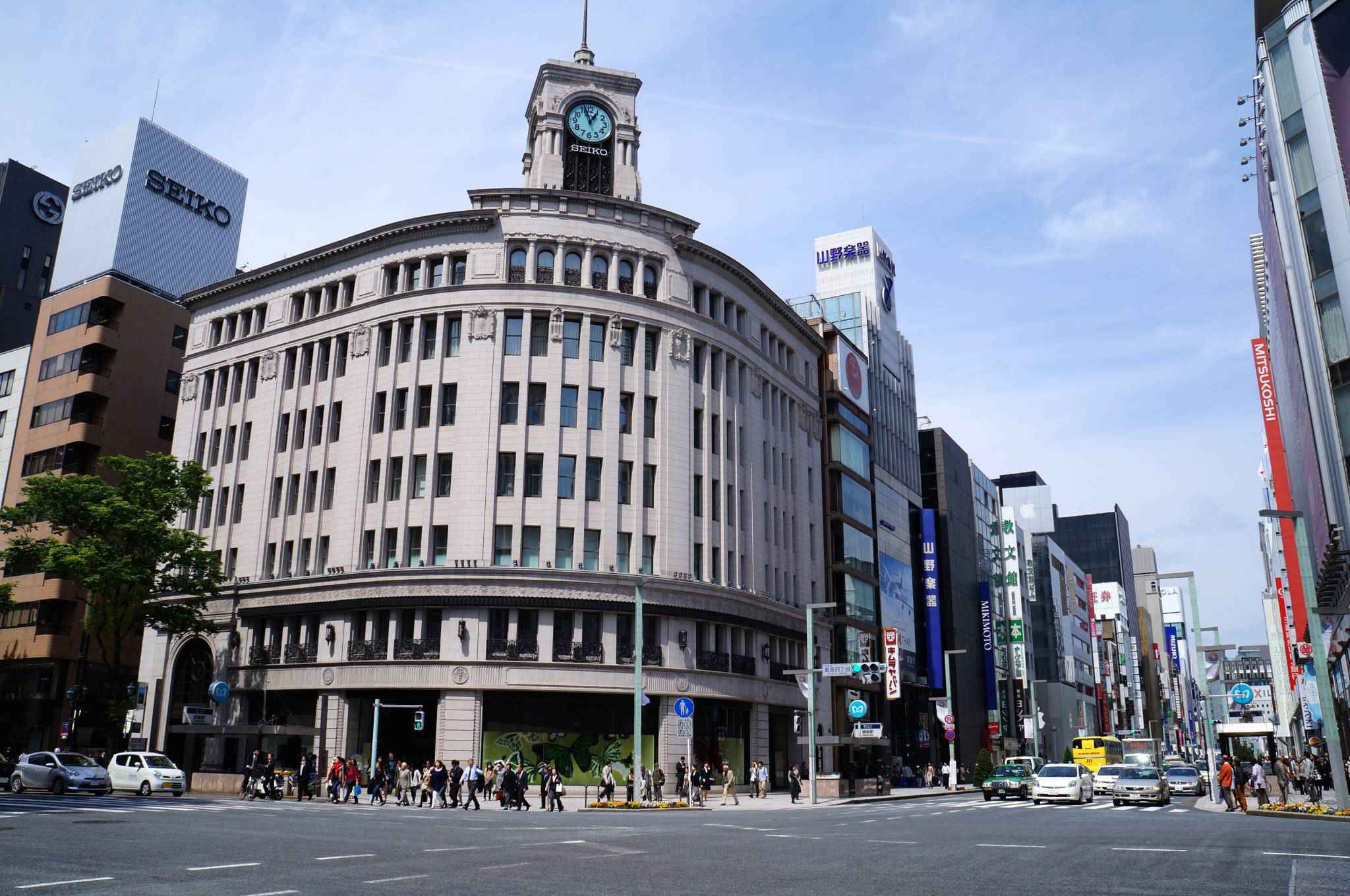