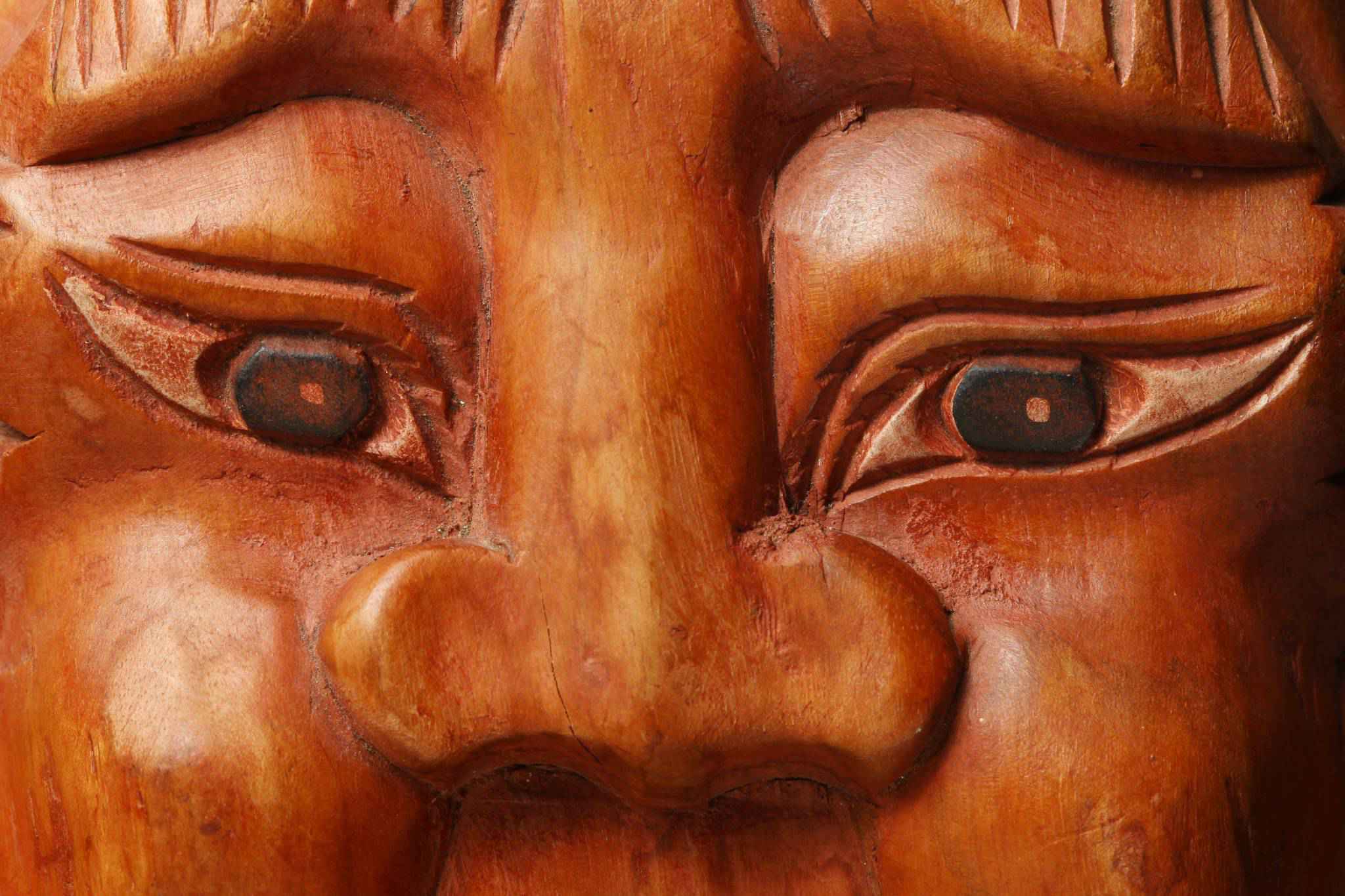 The National Noh Theatre (国立能楽堂) opened in Sendagaya, Shibuya, Tokyo, Japan in September 1983. The auditorium seats 591 for performances of Noh and Kyōgen, and there is also a rehearsal stage, exhibition area, lecture room, and reference library.

Noh
Noh (能 Nō), or Nogaku (能楽 Nōgaku)—derived from the Sino-Japanese word for "skill" or "talent"—is a major form of classical Japanese musical drama that has been performed since the 14th century. Developed by Kan'ami and his son Zeami, it is the oldest major theatre art still regularly performed today. Traditionally, a Noh program includes five Noh plays with comedic kyōgen plays in between; an abbreviated program of two Noh plays and one kyōgen piece has become common in Noh presentations today. An okina (翁) play may be presented in the very beginning especially during New Years, holidays, and other special occasions.

Noh is often based on tales from traditional literature with a supernatural being transformed into human form as a hero narrating a story. Noh integrates masks, costumes and various props in a dance-based performance, requiring highly trained actors and musicians. Emotions are primarily conveyed by stylized conventional gestures while the iconic masks represent the roles such as ghosts, women, children, and old people. Written in ancient Japanese language, the text "vividly describes the ordinary people of the twelfth to sixteenth centuries". Having a strong emphasis on tradition rather than innovation, Noh is extremely codified and regulated by the iemoto system.

Audience etiquette
Audience etiquette is generally similar to formal western theatre—the audience quietly watches. Surtitles are not used, but some audience members follow along in the libretto. Because there are no curtains on the stage, the performance begins with the actors entering the stage and ends with their leaving the stage. The house lights are usually kept on during the performances, creating an intimate feel that provides a shared experience between the performers and the audience.
At the end of the play, the actors file out slowly (most important first, with gaps between actors), and while they are on the bridge (hashigakari), the audience claps restrainedly. Between actors, clapping ceases, then begins again as the next actor leaves. Unlike in western theatre, there is no bowing, nor do the actors return to the stage after having left. A play may end with the shite character leaving the stage as part of the story (as in Kokaji, for instance)—rather than ending with all characters on stage—in which case one claps as the character exits.

During the interval, tea, coffee, and wagashi (Japanese sweets) may be served in the lobby. In the Edo period, when Noh was a day-long affair, more substantial makunouchi' bentō (幕の内弁当, "between-acts lunchbox") were served. On special occasions, when the performance is over, お神酒 (o-miki, ceremonial sake) may be served in the lobby on the way out, as it happens in Shinto rituals.

The audience is seated in front of the stage, to the left side of the stage, and in the corner front-left of stage; these are in order of decreasing desirability. While the metsuke-bashira pillar obstructs the view of the stage, the actors are primarily at the corners, not the center, and thus the two aisles are located where the views of the two main actors would be obscured, ensuring a generally clear view regardless of seating. 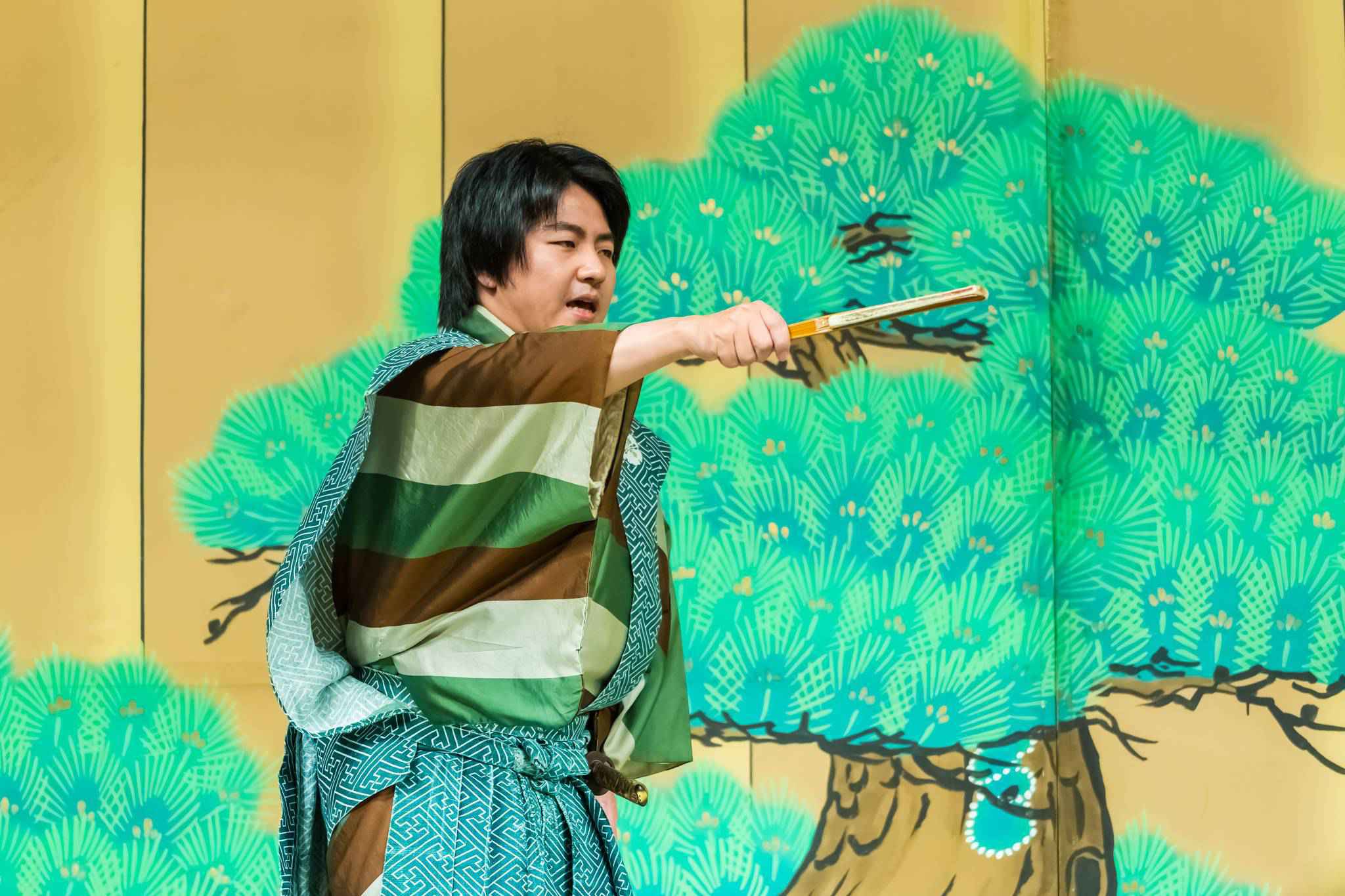