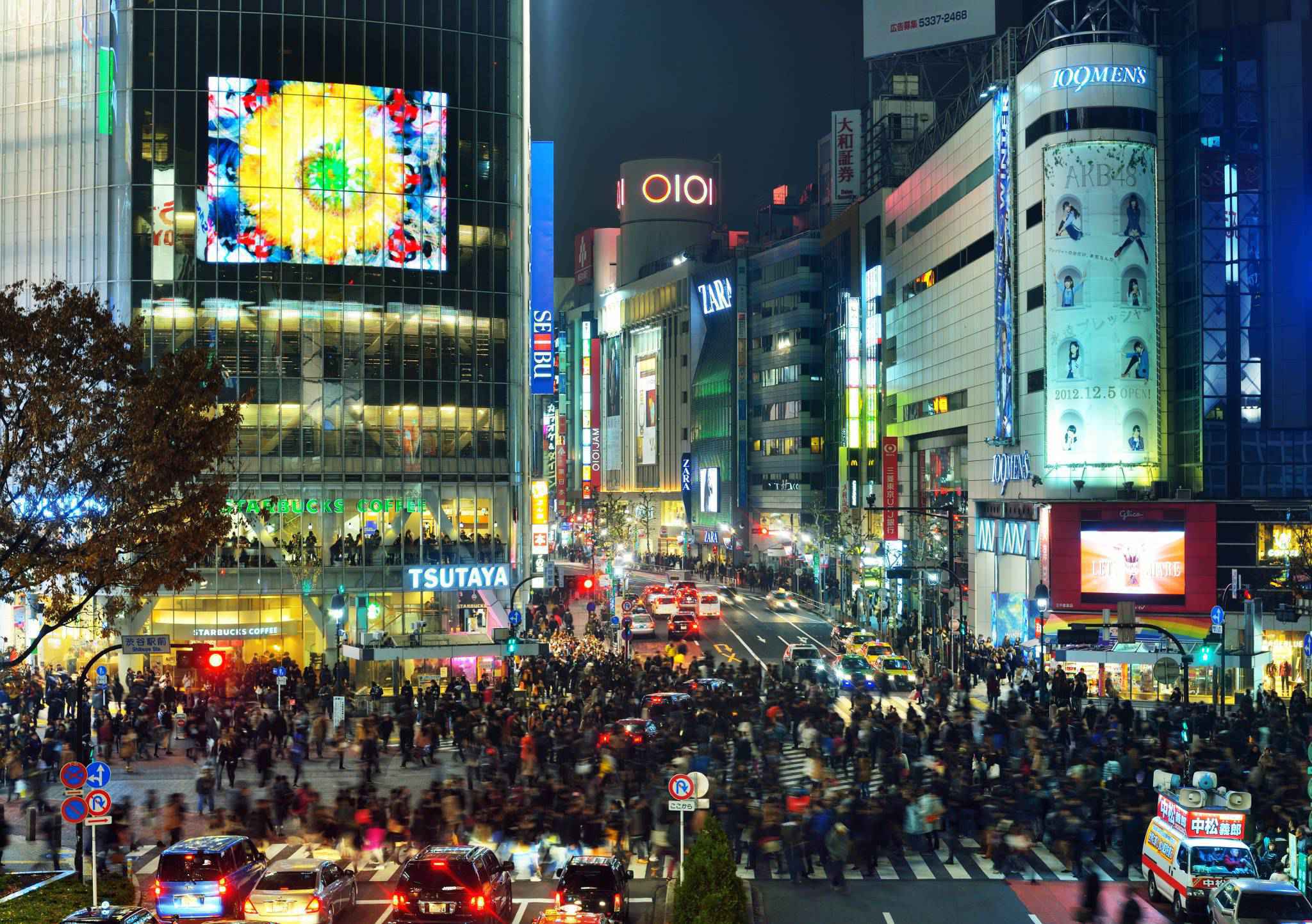 Shibuya (渋谷区 Shibuya-ku) is a special ward in Tokyo, Japan.

The name "Shibuya" is also used to refer to the shopping district which surrounds Shibuya Station, one of Tokyo's busiest railway stations. This area is known as one of the fashion centers of Japan, particularly for young people, and as a major nightlife area.

Yoyogi Park, once a training base for the Imperial Japanese Army, later the Washington Heights housing area for the Occupation of Japan, then the lodgings for contestants in the Tokyo Olympics.

Shibuya Crossing
Shibuya is famous for its scramble crossing. It is located in front of the Shibuya Station Hachikō exit and stops vehicles in all directions to allow pedestrians to inundate the entire intersection. The statue of Hachikō, a dog, between the station and the intersection, is a common meeting place and almost always crowded.
Three large TV screens mounted on nearby buildings overlook the crossing, as well as many advertising signs. The Starbucks store overlooking the crossing is also one of the busiest in the world. Its heavy traffic and inundation of advertising has led to it being compared to the Times Square intersection in New York City. Tokyo-based architecture professor Julian Worrall has said Shibuya Crossing is "a great example of what Tokyo does best when it's not trying."

Transportation
Rail
The main station in Shibuya is Shibuya Station. The southern tip of Shinjuku station, the world's busiest train station, is also located in Shibuya. 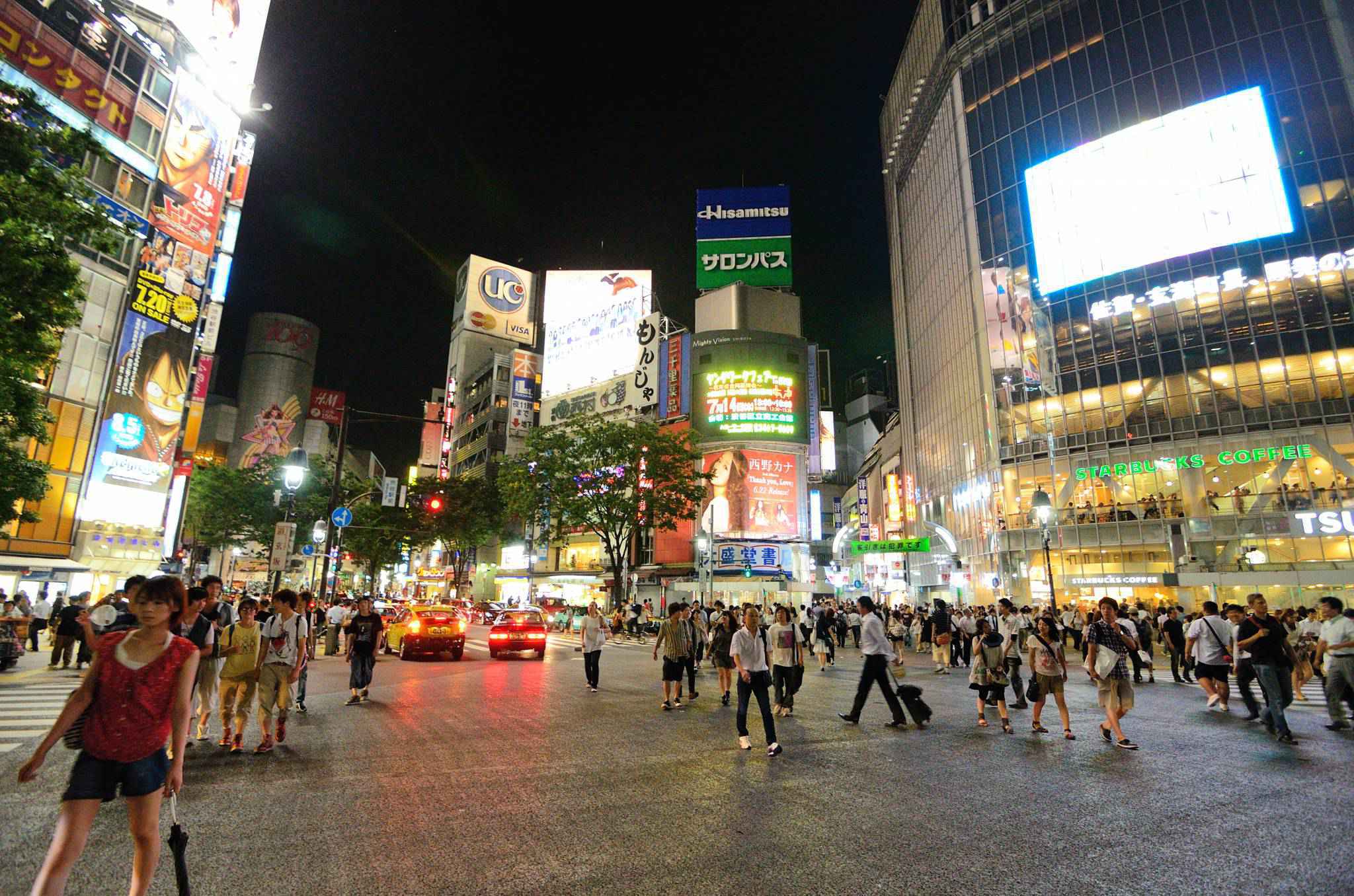