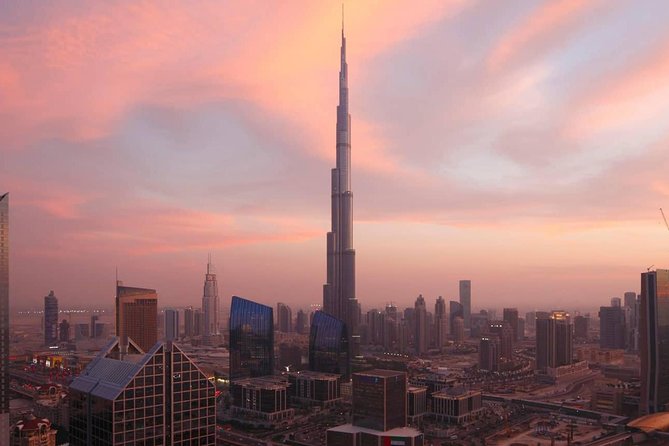 This is a must-do tour in Dubai! Be fascinated by Dubai’s rich history and tradition on a tour around the Al Fahidi Cultural Neighbourhood, Dubai Creek and the Gold and Spice Souks. Explore the Dubai Museum to learn about times gone.

Pick up time Starts 08:30 Am Onward as per locations

Visit the Dubai Museum and encounter colourful dioramas and enlightening historic exhibits. Housed in the Al Fahidi Fort, this is the oldest existing building in the city, and is a must-visit for a taste of old Dubai.
Built in 1787, this fort was once a monarch base, a force of defence, a weapons arsenal and prison, before being renovated during the reign of Sheikh Rashid bin Saeed Al Maktoum.
In 1971 – the same year the United Arab Emirates was formed, the fort reopened as Dubai Museum.

Arrive in Deira and stroll with your guide around the vibrant Spice Souk. Scan the colorful stalls of perfumed spices, herbs and sweets, and then head for the nearby Gold Souk.

Since 1998 the doors of Jumeirah Mosque have been open to all visitors and travellers alike for guided tours, interactive cultural discussions and open Q&A. One of the most engaging cultural experiences in the United Arab Emirates.

The Burj Al Arab is a luxury hotel located in Dubai, United Arab Emirates,the tallest hotels in the world, it is the seventh tallest, although 39% of its total height is made up of non-occupiable space. Burj Al Arab stands on an artificial island 280 m (920 ft) from Jumeirah Beach and is connected to the mainland by a private curving bridge. The shape of the structure is designed to resemble the sail of a ship. It has a helipad near the roof at a height of 210 m (689 ft) above ground.

One of the most visited public beaches in Dubai, the Jumeirah Open Beach is quite popular with residents and tourists. Entry is completely free of charge, and there are showers and changing rooms for those looking for a dip in the sea. The beach also has lifeguards, a few cafes and eateries and a jogging track for fitness enthusiasts.

The Burj Khalifa, known as the Burj Dubai prior to its inauguration in 2010, is a skyscraper in Dubai, United Arab Emirates. With a total height of 829.8 m and a roof height of 828 m, the Burj Khalifa has been the tallest structure and building in the world since its topping out in 2009.

The tour was informative. I felt like I saw a glimpse of Dubai. I wish that we could have rode on the water taxi and go to the souks. I was not expecting to pay for the Dubai museum. I thought everything was included in the tour

This is a must-do tour in Dubai! Be fascinated by Dubai’s rich history and tradition on a tour around the Al Fahidi Cultural Neighbourhood, Dubai Creek and the Gold and Spice Souks. Explore the Dubai Museum to learn about times gone.

Pick up time Starts 08:30 Am Onward as per locations