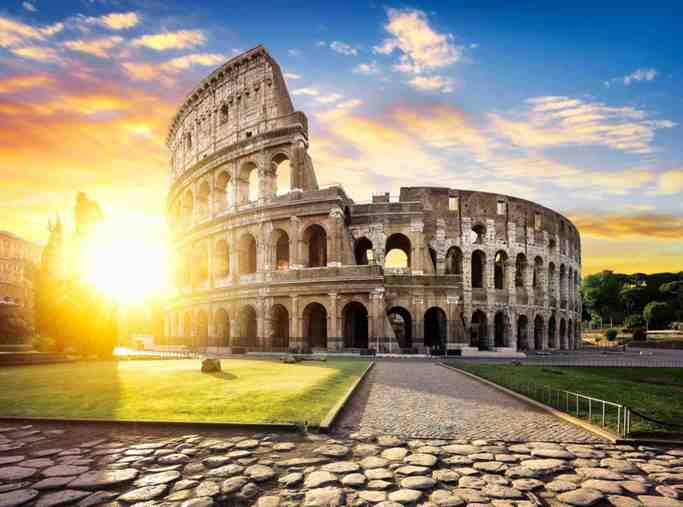 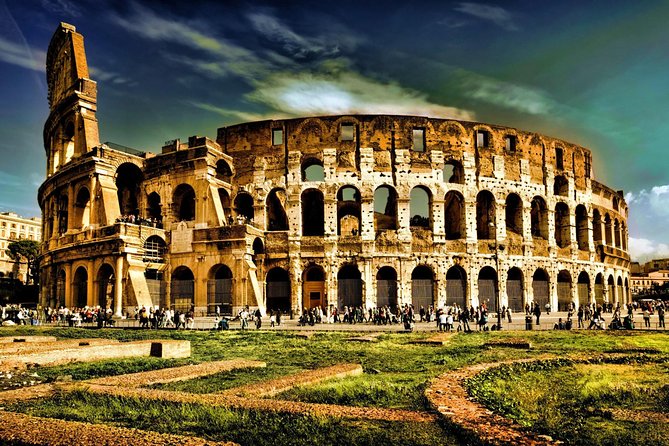 This Rome Shore Excursion has been designed for those guests who wish to enjoy a complete overview of Rome. Escape the crowded bus tours and set off on a personalized, no more than 8 passenger minivan , semi-private excursion. You will have the opportunity to drive where large buses are not permitted, allowing you to see more, walk less and capture the "Best of Rome"

- Confirmation will be received at time of booking, unless booked within 7 days of travel. In this case confirmation will be received within 48 hours, subject to availability
- Not wheelchair accessible
- Infant seats available
- This tour includes a professional English speaking driver that gives commentaries from the vehichle.
- Due to strict Italian laws & regulations that protect officially licensed guides, our drivers can only comment and explain the sights from inside the vehicle, and are not allowed to do so once they are outside the vehicle.
- Please note that if mass is taking place in the Basilica of St. Peters, the entrance may be restricted and it can take up to 1 hour to access the Basilica.
- Minimum numbers apply. There is a possibility of cancellation after confirmation if there are not enough passengers to meet requirements. In the event of this occurring, you will be offered an alternative or full refund.
- If you are not ready to depart at the assigned time , we cannot promise to fulfill the mentioned itinerary nor promise to extend the duration of the tour.
- Order of stops may vary.
- This is a shared tour and you will be expected to maintain the pace of the group.If you have limited mobility we suggest to book a private tour for your best enjoyment.
- This experience requires a minimum number of travelers. If it’s canceled because the minimum isn’t met, you’ll be offered a different date/experience or a full refund
- This tour/activity will have a maximum of 8 travelers

The Janiculum is one of the best locations in Rome for a scenic view of central Rome with its  domes  and  bell towers.This is where you may find the statue of Hero Giuseppe Garibaldi.

It is the only island in the part of the  Tiber  which runs through  Rome. Tiber Island is located in the southern bend of the Tiber.

Drive by the impressive Arch of Costantine

Stop at the most fascinating monument in Rome, a place where 50.000 people could assist to cruel battles between gladiators and wild beasts: the Colosseum. Additional fee of 20 euro for the skip the line tickets is not included.

It is an ancient Roman chariot-racing stadium and mass entertainment venue located in Rome, Italy. Situated in the valley between the Aventine and Palatine Hills, it was the first and largest stadium in ancient Rome and its later Empire.

The House of Augustus, or the Domus Augusti, is the first major site upon entering the Palatine Hill in Rome, Italy. Historically, this house has been identified as the primary place of residence for the emperor  Augustus.The Domus Augusti is located near the so-called Hut of Romulus and other sites that have connections to the foundation of Rome. This residence contained a complex of structures.

It is an ancient open-air theatre in Rome,Italy, built in the closing years of the Roman Republic. At the theatre, locals and visitors alike were able to watch performances of drama and song.

From the Capitoline hill enjoy a view of the Roman Forum .It's a rectangular forum(plaza) surrounded by the ruins of several important ancient government buildings at the center of the city of Rome. Citizens of the ancient city referred to this space, originally a marketplace, as the Forum Magnum, or simply the Forum.

Climb the steps of the Capitoline hill and enjoy a beautiful panorama of the Roman Forum with the Rostrum where Mark Anthony made his impassioned speech over the body of Julius Cesar.

It is a monument built in honor of Victor Emmanuel II, the first king of a unified Italy, located in Rome, Italy.It occupies a site between the Piazza Venezia and the Capitoline Hill.

It is the largest Baroque fountain in the city and one of the most famous fountains in the world. The fountain has appeared in several notable films, including Federico Fellini's La Dolce Vita, the eponymous Three Coins in the Fountain, The Lizzie McGuire Movie, Sabrina Goes to Rome and Roman Holiday.

Former Roman temple, now a church, in Rome, Italy, on the site of an earlier temple commissioned by Marcus Agrippa during the reign of Augustus (27 BC – 14 AD). It was completed by the emperor Hadrian and probably dedicated about 126 AD. Its date of construction is uncertain, because Hadrian chose not to inscribe the new temple but rather to retain the inscription of Agrippa's older temple, which had burned down.

Built on the site of the Stadium of Domitian, built in the 1st century AD, and follows the form of the open space of the stadium later was transformed into a highly significant example of  Baroque Roman architecture.It features important sculptural and creations: in the center stands the famous Fontana dei Quattro Fiumi or Fountain of the Four Rivers.

Enter the vast expanse of St. Peter's Square through Bernini's colonnades into Christendom's largest church resting on 800 pillars and housing 44 altars. See the gilded Papal Canopy suspended over the altar where the Pope celebrates mass, the splendid gilt-bronze throne in the apse and one of the best known pieces of sculpture in the world - the Pieta, Michelangelo's masterpiece in marble.

Traveler pickup is offered
If you have not already specified, you MUST advise supplier as soon as possible your Ship name, docking time, disembarkation time and departure time so that appropriate arrangements can be made.Driver will meet you dockside holding a sign with your name. Do not take any shuttle or leave dockside. Call Local Emergency number in case of any problem.

Please contact the supplier for the exact pick up time.

Excellent Small group tour to Rome from cruise ship; Jan was superb in his knowledge and explaining history and key sites.

Our driver was very punctual and knowledgeable. He navigated the traffic and busy city scape extremely well. We really enjoyed his lunch recommendation and the gelato stop. We would definitely recommend this tour to anyone wanting a great overview of Rome. It does not disappoint!

David was fabulous. He really maximized our time and gave us fantastic information on the city and sites! The van was very comfortable and by far the best in all of or small group tours!!!

This was a great tour. Max was very knowledgeable about Rome and took us to places we never would have seen with a large group. I would highly recommend this tour it is worth every penny!

A long day and a lot to see, but Matteo met us at the boat and drove us into town, giving us history and background. As requested, he stopped (twice) for gelatos, and gave us a whirlwind tour of the fabulous Roman sites. We were amazed at his dexterity in driving (and finding parking places) and he made sure we were on our own but never lost. We didn't wait in long lines and got a lovely overview of this amazing place, which was exactly what we wanted. I'm so glad we went in May, as the crowds are unbelievable later in the summer! All in all, it was an excellent tour and we enjoyed it thoroughly.

Great way to see Rome in a day!!
I was so pleased at how much of Rome I saw on this small group tour .We had 7 passengers on board the small van I am so glad I went with this excursion, because I would have never been able to see or do what I did if we had been on one of the Cruise line tours, in a bus. The van enabled us to be dropped off right around the corner from the sights. We were able to concentrate on spending more time at the major sites , e.g., the colosseum and St. Peter's and use our remaining time to efficiently and effectively see the other not-to -be-missed sights that did not take as much time or attention e.g., the Pantheon, Trevi Fountain, Circus Maximus, etc. Tino was a great driver and very informative too.

Bravo to Damieno! Very well led tour. He gave us great insight and details without overburdening us with irrelevant facts. He pretty much let us decide what we wanted to do and how long we spent there. Our small group had an amazing trip to Rome because of his flexibility and his resourcefulness. Great day, great tour, great driver. Highly recommend for those who are more independent and dont want to be strapped to the hip of a guide who provides way too many details to be useful. This is the way to go for those of you who want to be pointed in a direction and allowed to explore on your own. A

Super tour with energetic Francesco, who took us everywhere including right next to St. Peters Square just when the pope appeared to give a blessing. The small group and minivan allowed us to see a lot without waiting for others, and was the BEST way to see Rome.

Our guide was knowledgeable and showed us a lot of different places that the buss tours where not able to do. Meeting places and explanations were great.

This Rome Shore Excursion has been designed for those guests who wish to enjoy a complete overview of Rome. Escape the crowded bus tours and set off on a personalized, no more than 8 passenger minivan , semi-private excursion. You will have the opportunity to drive where large buses are not permitted, allowing you to see more, walk less and capture the "Best of Rome"

A day in Rome from Civitavecchia