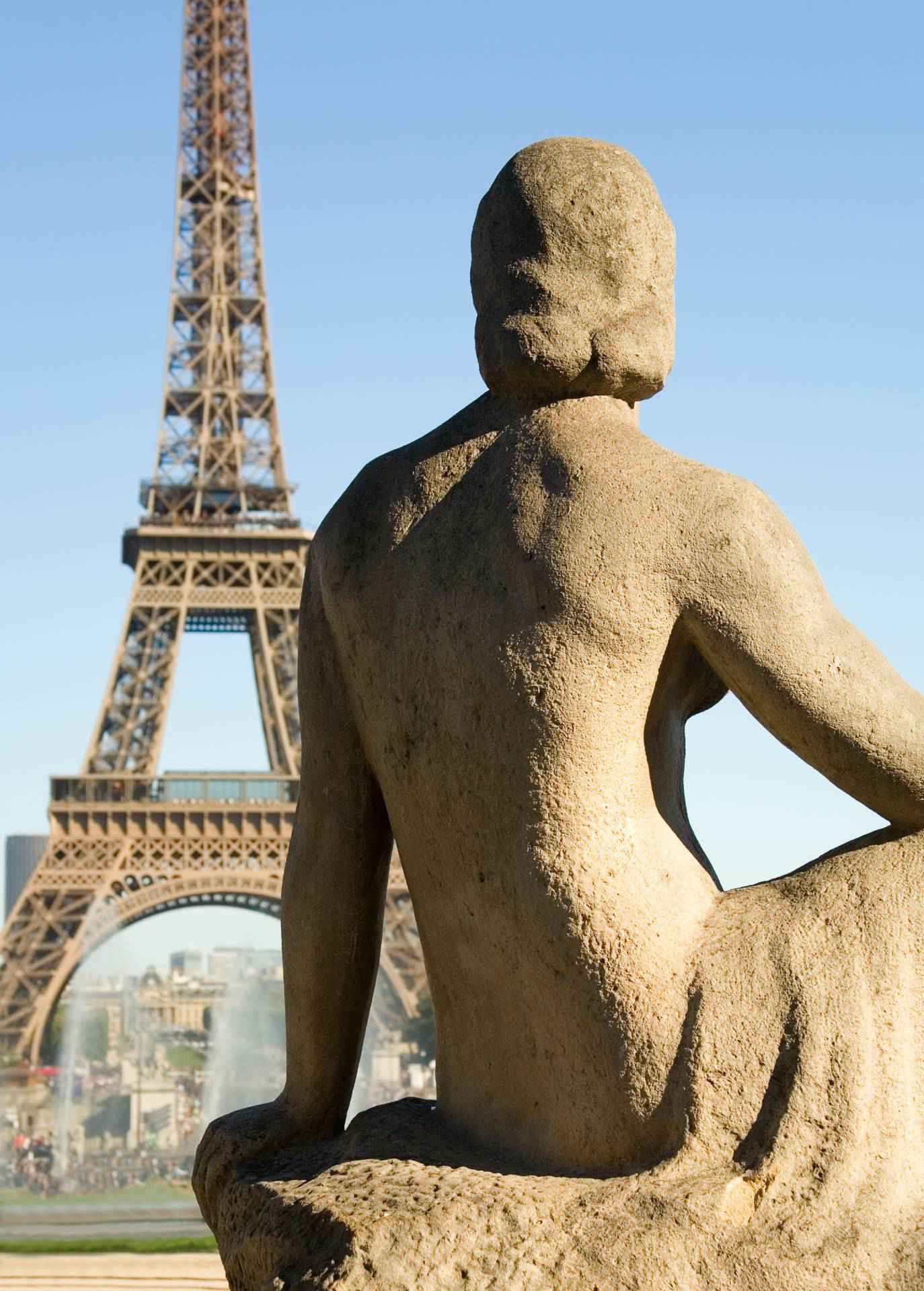 The Trocadéro, pronounced: , site of the Palais de Chaillot, , is an area of Paris, France, in the 16th arrondissement, across the Seine from the Eiffel Tower. The hill of the Trocadéro is the hill of Chaillot, a former village.

The place was named in honour of the Battle of Trocadero, in which the fortified Isla del Trocadero, in southern Spain, was captured by French forces led by the Duc d'Angoulême, son of the future king, Charles X, on August 31, 1823. France had intervened on behalf of King Ferdinand VII of Spain, whose rule was contested by a liberal rebellion. After the battle, the autocratic Spanish Bourbon Ferdinand VII was restored to the throne of Spain.

Chateaubriand said "To stride across the lands of Spain at one go, to succeed there, where Bonaparte had failed, to triumph on that same soil where the arms of the fantastic man suffered reverses, to do in six months what he couldn't do in seven years, that was truly prodigious!".

The old Palais du Trocadéro
The hill of Chaillot was first arranged for the 1867 World's Fair. For the 1878 World's Fair, the Palais du Trocadéro was built here (where meetings of international organizations could be held during the fair). The palace's form was that of a large concert hall with two wings and two towers; its style was a mixture of exotic and historical references, generally called "Moorish" but with some Byzantine elements. The architect was Gabriel Davioud. The concert hall contained a large organ built by Aristide Cavaillé-Coll; the first large organ to be installed in a concert hall in France (it has since been modified twice, and eventually moved in 1977 to the Auditorium Maurice Ravel in Lyon, where it is still in use today). The building proved unpopular, but the cost expended in its construction delayed its replacement for nearly fifty years.

Below the building in the space left by former underground quarries, a large aquarium was built to contain fish of French rivers. It was renovated in 1937 but closed again for renovation from 1985 until May 22, 2006. The space between the palais and the Seine is set with gardens, designed by Jean-Charles Alphand, and an array of fountains.
Within its garden, the old palace contained two large animal statues, of a rhinoceros and an elephant, which were removed and stored during the demolition of the old Trocadero palace, and have been located next to the entrance of the Musée d'Orsay since 1986.

For the Exposition Internationale of 1937, the old Palais du Trocadéro was demolished and replaced by the Palais de Chaillot which now tops the hill. It was designed in classicizing "moderne" style by architects Louis-Hippolyte Boileau, Jacques Carlu and Léon Azéma. Like the old palais, the palais de Chaillot features two wings shaped to form a wide arc: indeed, these wings were built on the foundations of those of the former building. However, unlike the old palais, the wings are independent buildings and there is no central element to connect them: instead, a wide esplanade leaves an open view from the place du Trocadéro to the Eiffel Tower and beyond.

The buildings are decorated with quotations by Paul Valéry, and sculptural groups at the attic level by Raymond Delamarre, Carlo Sarrabezolles and Alfred Bottiau. The eight gilded figures on the terrace of the Rights of Man are attributed to the sculptors Alexandre Descatoire, Marcel Gimond, Jean Paris dit Pryas, Paul Cornet, Lucien Brasseur, Robert Couturier, Paul Niclausse, and Félix-Alexandre Desruelles.

The buildings now house a number of museums:
the Musée national de la Marine and the Musée de l'Homme (ethnology) in the southern (Passy) wing,

the Cité de l'Architecture et du Patrimoine, including the Musée national des Monuments Français, in the eastern (Paris) wing, from which one also enters the Théâtre national de Chaillot, a theater below the esplanade.

It was on the front terrace of the palace that Adolf Hitler was pictured during his short tour of the city in 1940, with the Eiffel Tower in the background. This became an iconic image of the Second World War. It is in the Palais de Chaillot that the United Nations General Assembly adopted the Universal Declaration of Human Rights on December 10, 1948. This event is now commemorated by a stone, and the esplanade is known as the esplanade des droits de l'homme ("esplanade of human rights"). The Palais de Chaillot was also the initial headquarters of NATO, while the "Palais de l'OTAN" (now Université Paris Dauphine) was being built.

Jardins du Trocadéro
Jardins du Trocadéro is an open space in Paris, located in the 16th arrondissement of Paris, bounded to the northwest by the wings of the Palais de Chaillot and to the southeast by the Seine and the Pont d'Iéna, with the Eiffel Tower on the opposite bank of the Seine. 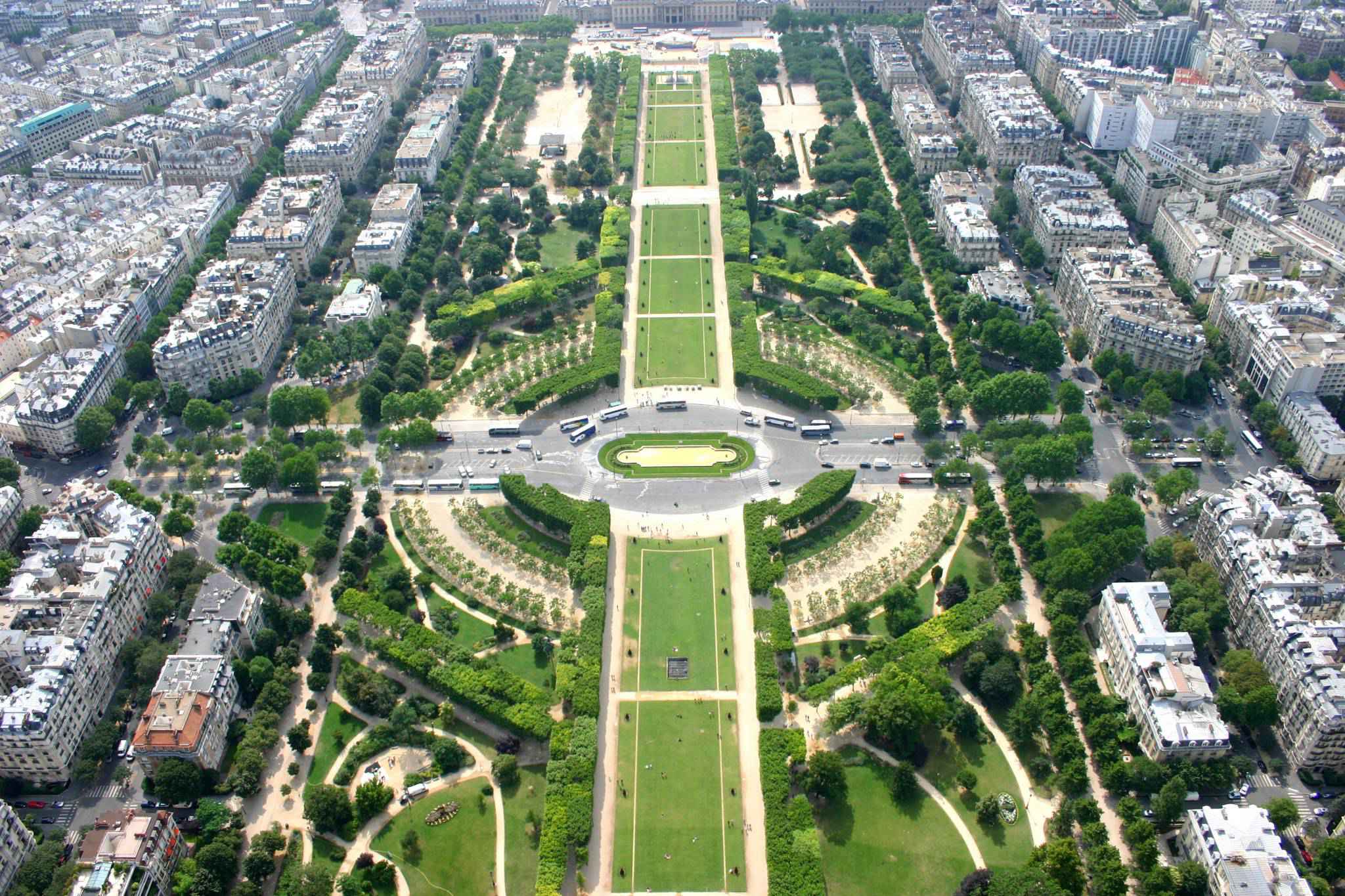