Private Tour of Moscow's Museum of Cosmonautics and VDNKH 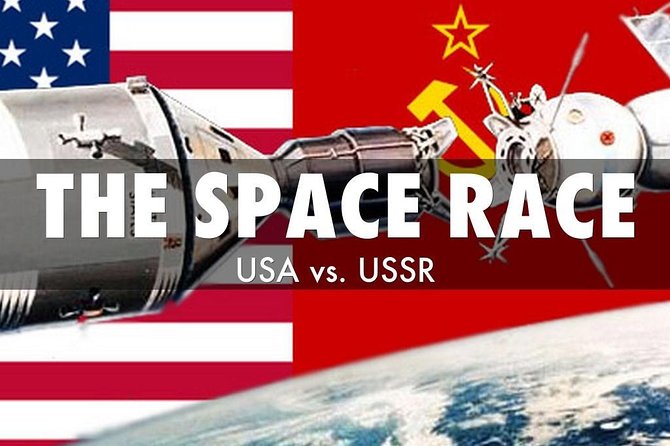 Dive into one of the greatest battles between The Soviet Union and United States – The Space Race.  Immerse yourself in the Soviet era by going back to the Cold War times while visiting the Cosmonautics museum and VDNKh.

- Confirmation will be received at time of booking
- Travelers should have a moderate physical fitness level
- Please indicate preferred start time in comments when booking
- Operates in all weather conditions
- This is a private tour/activity. Only your group will participate

Marvel at one of the tallest monuments in the world – "Monument to the Conquerors of Space."

Visit one of the most famous Air Space Museums in the world with more than 3,500 exhibits such as space suit of Yuriy Gagarin and spacecraft "Vostok."

Take a picture next to the "Vostok" life size rocket ship that helped put the first man in space and learn about "Buran"- the first space plane to be developed as part of the Soviet space program.

Marvel at the typical Stalinist Architecture of VDNKh, constructed on the eve of WWII and see the beautiful fountains re-opened in 2019.

Take a picture next to the "Druzhba Narodov" fountain and find out what does each statue of the fountain symbolize and why.

Admire the "Worker and Kolkhoz Women" statue - a combination of Art Deco and Socialist Realist styles and learn what ancient Greek statues inspired the creation of this notable sculpture.

Traveler pickup is offered
We will be happy to pick up travelers at their accommodation.

A great and informative tour from the moment the friendly guide picked me up at the hotel. He had lots to tell about Moscow and the sights - a great insight into life. As there is not much explanation in English at the Space Museum, it was great to have someone to show me around. A local is always the way to go! Highly recommend!

I have chosen this trip as I like cosmology and wanted to know about Russia's achievements in this segment. My guide Oleg was very knowledgeable and really interested to share as much info as possible. It was really a nice trip and you could expect to see some real and jaw-dropping pieces of used space-ships , broken part of some asteroid preserved there. Also can try space-food if you want.

Thanks Oleg and team.

Private Tour of Moscow's Museum of Cosmonautics and VDNKH

Dive into one of the greatest battles between The Soviet Union and United States – The Space Race.  Immerse yourself in the Soviet era by going back to the Cold War times while visiting the Cosmonautics museum and VDNKh.

Private Tour of the Moscow Metro

An evening at the monastery with dinner