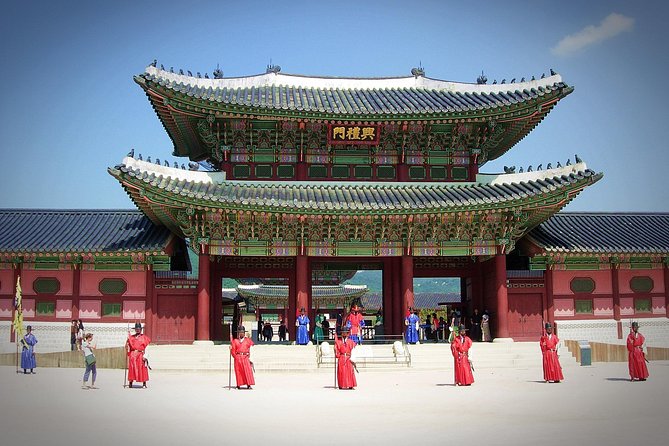 Our tour is about the famous place in Seoul Korea and will make sure that you will may enjoy it. In our tour include some famous place like Nami Island, Myeongdong and N Seoul Tower.

- Confirmation will be received at time of booking
- Wheelchair accessible
- Stroller accessible
- Near public transportation
- Infants must sit on laps
- Not recommended for travelers with back problems
- Not recommended for pregnant travelers
- No heart problems or other serious medical conditions
- Most travelers can participate
- This experience requires good weather. If it’s canceled due to poor weather, you’ll be offered a different date or a full refund
- This tour/activity will have a maximum of 20 travelers

Stop At: Nami Island, 1, Namiseom-gil, Namsan-myeon, Chuncheon, Gangwon-do 24464 South Korea
Namiseom or Nami Island is a half-moon shaped island located in Chuncheon, Gangwon Province, South Korea, formed as the land around it was inundated by the rising water of the North Han River as the result of the construction of Cheongpyeong Dam in 1944.
Duration: 10 minutes

Stop At: Bukchon Hanok Village, 37, Gyedong-gil, Jongno-gu, Seoul 03059 South Korea
Bukchon Hanok Village is a Korean traditional village in Seoul with a long history located on the top of a hill between Gyeongbok Palace, Changdeok Palace and Jongmyo Royal Shrine. The traditional village is composed of lots of alleys, hanok and is preserved to show a 600-year-old urban environment.
Duration: 10 minutes

Our tour is about the famous place in Seoul Korea and will make sure that you will may enjoy it. In our tour include some famous place like Nami Island, Myeongdong and N Seoul Tower.

The Best of Seoul - Private City Tour Including Nanta Show