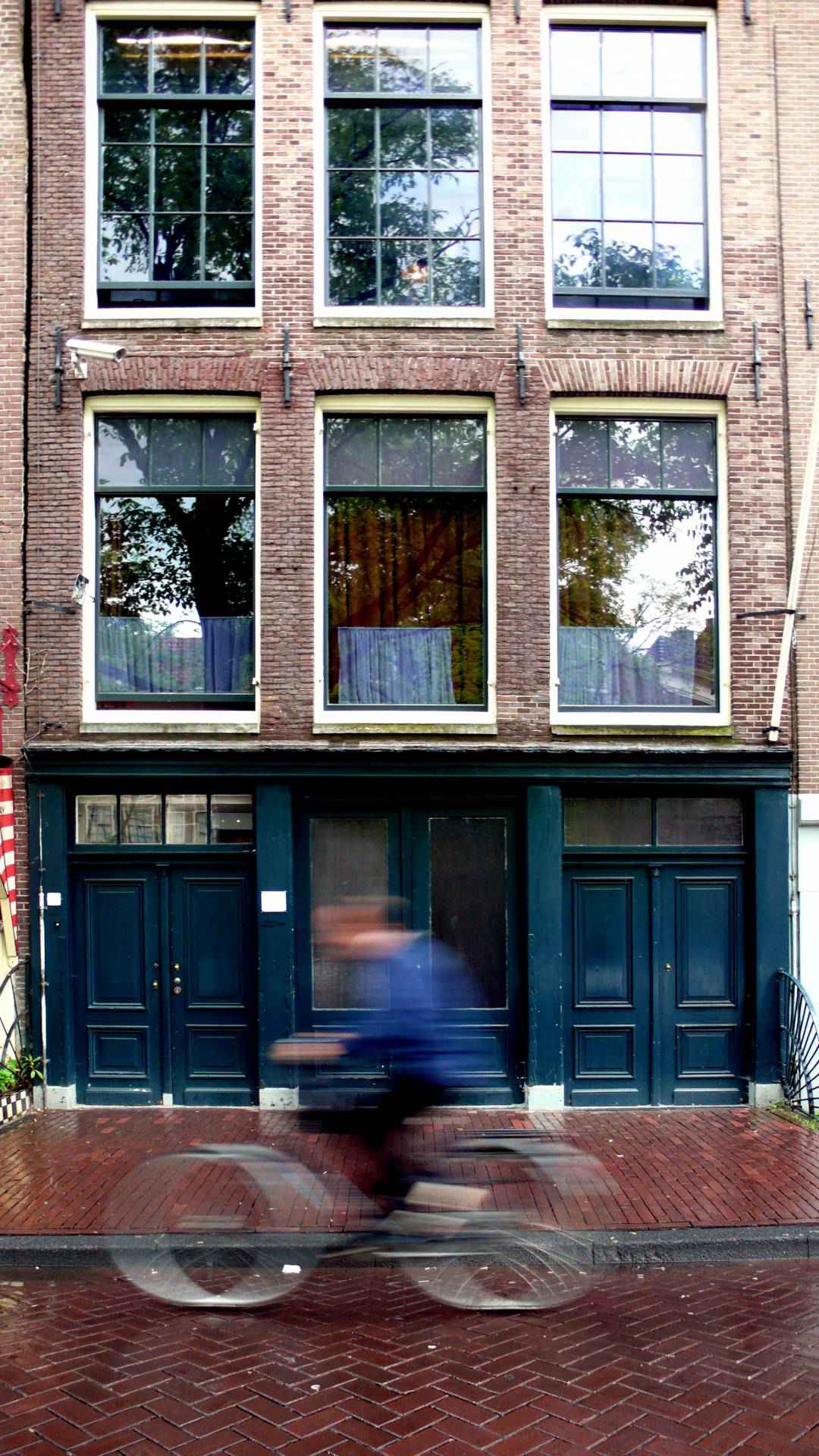 The Anne Frank House is a writer's house and biographical museum dedicated to Jewish wartime diarist Anne Frank. The building is located on a canal called the Prinsengracht, close to the Westerkerk, in central Amsterdam in the Netherlands.

During World War II, Anne Frank hid from Nazi persecution with her family and four other people in hidden rooms at the rear of the 17th-century canal house, known as the Secret Annex (Dutch: Achterhuis). Anne Frank did not survive the war, but in 1947 her wartime diary was published. In 1957, the Anne Frank Foundation was established to protect the property from developers who wanted to demolish the block.

Building history
Canal house
The house — and the one next door at number 265, which was later purchased by the museum — was built by Dirk van Delft in 1635. The canal-side façade dates from a renovation of 1740 when the rear annex was demolished. It was originally a private residence, then a warehouse, and in the nineteenth century, the front warehouse with its wide stable-like doors was used to house horses. At the start of the 20th century a manufacturer of household appliances occupied the building, succeeded in 1930 by a producer of piano rolls, who vacated the property by 1939.

World War II
On 1 December 1940 Anne's father Otto Frank moved the offices of the spice and gelling companies he worked for, Opekta and Pectacon, from an address on Singel canal to Prinsengracht 263.

The ground floor consisted of three sections; the front was the goods and dispatch entrance, behind it in the middle section were the spice mills, and at the rear, which was the ground floor of the annex, was the warehouse where the goods were packed for distribution. On the first floor above were the offices of Frank's employees; Miep Gies, Bep Voskuijl (known in Anne Frank's diary as Elli) and Johannes Kleiman in the front office; Victor Kugler in the middle; with Otto Frank in the rear office above the warehouse and below the floors which would later hide him and his family for two years until their betrayal to the Nazi authorities.

The Achterhuis (Dutch for "back house") or Secret Annex — as it was called in The Diary of a Young Girl, an English translation of the diary — is the rear extension of the building. It was concealed from view by houses on all four sides of a quadrangle. Its secluded position made it an ideal hiding place for Otto Frank, his wife Edith, two daughters (of whom Anne was the younger), and four other Jews seeking refuge from Nazi persecution. Though the total amount of floor space in the inhabited rooms came to only about 500 square feet (46 m2), Anne Frank wrote in her diary that it was relatively luxurious compared to other hiding places they had heard about. They remained hidden here for two years and one month until they were anonymously betrayed to the Nazi authorities, arrested, and deported to their deaths in concentration camps. Of the hidden group, only Otto Frank survived the concentration death camps.

After those in hiding were arrested, the hiding place was cleared by order of the arresting officers and all the remaining contents (clothes, furniture, and personal belongings) of the Frank family and their friends were seized and distributed to bombed-out families in Germany. Before the building was cleared, Miep Gies and Bep Voskuijl, who had helped hide the families, returned to the hiding place against the orders of the Dutch police and rescued some personal effects. Amongst the items they retrieved was The Diary of Anne Frank.

Publication of the diary
After Otto Frank returned to Amsterdam, he was given Anne's diaries and papers, and subsequently compiled selections into a book published in Dutch in 1947 under the title Het Achterhuis, which Anne had chosen as the name of a future memoir or novel based on her experiences in hiding. Achterhuis is a Dutch architectural term referring to a Back-house (used comparatively with Voorhuis meaning Front-house), however when the English translation began production it was realised that many English-speaking readers might not be familiar with the term, and it was decided that a more evocative term (the 'Secret Annexe') would better convey the building's hidden position. Otto Frank's contributions to the diary were such that he is recognized as a co-author.

On display at the museum is the Academy Award that Shelley Winters won, and later donated to the museum, for her performance as Petronella van Daan in the 1959 film The Diary of Anne Frank. The award now sits in a bullet-proof glass case in the museum. 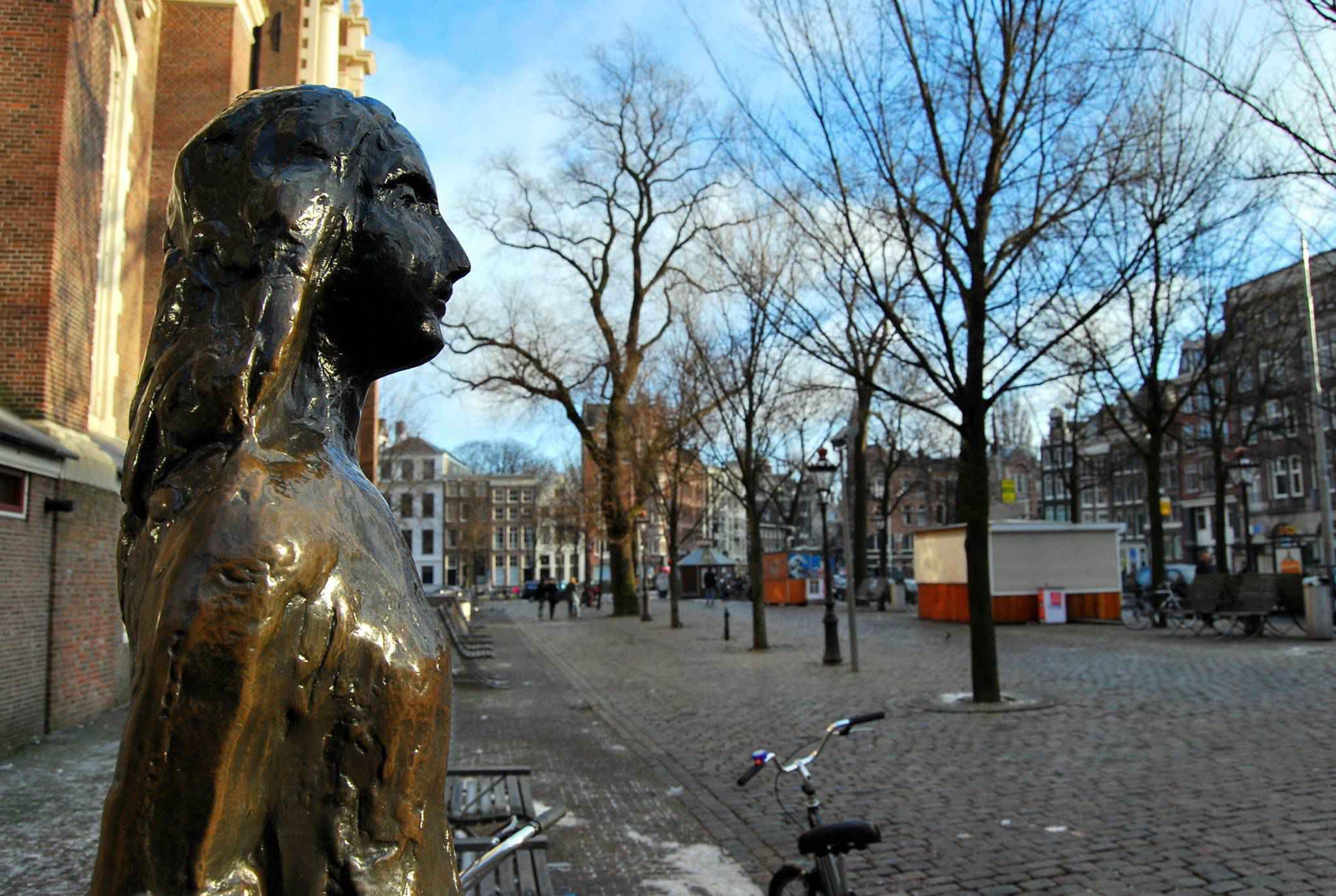