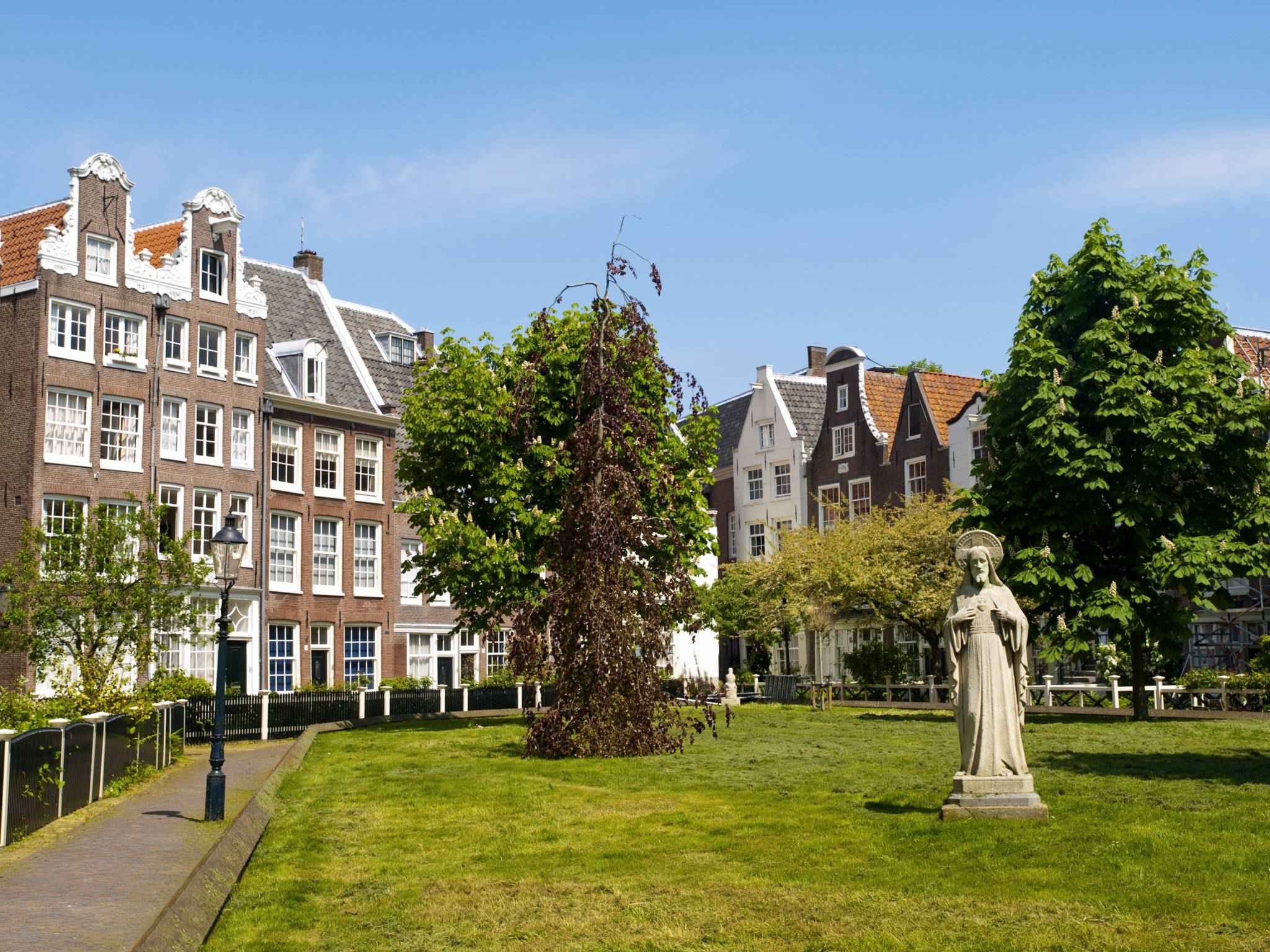 The Begijnhof is one of the oldest inner courts in the city of Amsterdam. A group of historic buildings, mostly private dwellings, centre on it. As the name suggests, it was originally a Béguinage. Today it is also the site of the English Reformed Church.

Characteristics
The Begijnhof differs from the usual Amsterdam patricians' court in that this old people's home was not founded by private persons. It bore closer resemblance to a convent, although the beguines enjoyed greater freedom than nuns in a convent. While beguines took a vow of chastity, and while they considered themselves obliged to attend Holy Mass every day and pray various official prayers, they were free to leave the court at any time in order to get married.

Tall Amsterdam houses
The buildings in the court are tall, characteristically Amsterdam-style town-houses, emphasising the court's relatively private character. The Begijnhof is the only court whose houses have addresses bearing the name of the court itself. Unlike most courts, the houses here do not form rows joining one dwelling with another; instead, there are 47 regular town houses, each with its individual aspect, and most of them with facades from the 17th and 18th century. However, the buildings themselves are usually of earlier date, eighteen of them still possessing a Gothic wooden framework.

The Wooden House
The ancient, restored wooden house ("Houten Huys", 34 Begijnhof, pictured) is famous as one of the two wooden houses still existing in the center of Amsterdam (the other one being Zeedijk 1); there are annexed villages like Nieuwendam (Amsterdam North) with many wooden houses and even a wooden church. This house dates from about 1528, and is the oldest wooden house in Amsterdam.

The courtyard has two bleaching greens, one on each side of the chapel.

Gates
The old Begijnesloot gate, restored in 1907, dates from 1574 and has a gable stone depicting Saint Ursula, patron saint of the Amsterdam beguines. The Spui gate from about 1725 was replaced by the present gatehouse in the 19th century. The Begijnhof has a great number of gable stones, many of which show a strong Roman Catholic character.

Religious strife
After the Alteration (Protestant takeover) of 1578, when Amsterdam came under Calvinist rule, the Begijnhof was the only Roman Catholic institution to be allowed to remain in existence. This was because the houses were the beguines' private property. The Chapel, however, was closed and lay empty for around 30 years before being ceded to the English Presbyterians, and since that time has been alluded to as the "English Church". Several of the pulpit panels were designed by Piet Mondrian.

A clandestine church
In 1671, the architect Philip Vingboons converted two dwellings opposite the Chapel entrance into a schuilkerk, or conventicle church, for Catholics, the Church of the Saints John and Ursula, named after the patron saints of the Begijnhof. This church was kept secret, as was demanded by the city government, and could not be recognized as a church from the outside. In 1908 this became the Miracle Church, after the original Miracle Church had been deliberately destroyed by its Protestant owners.