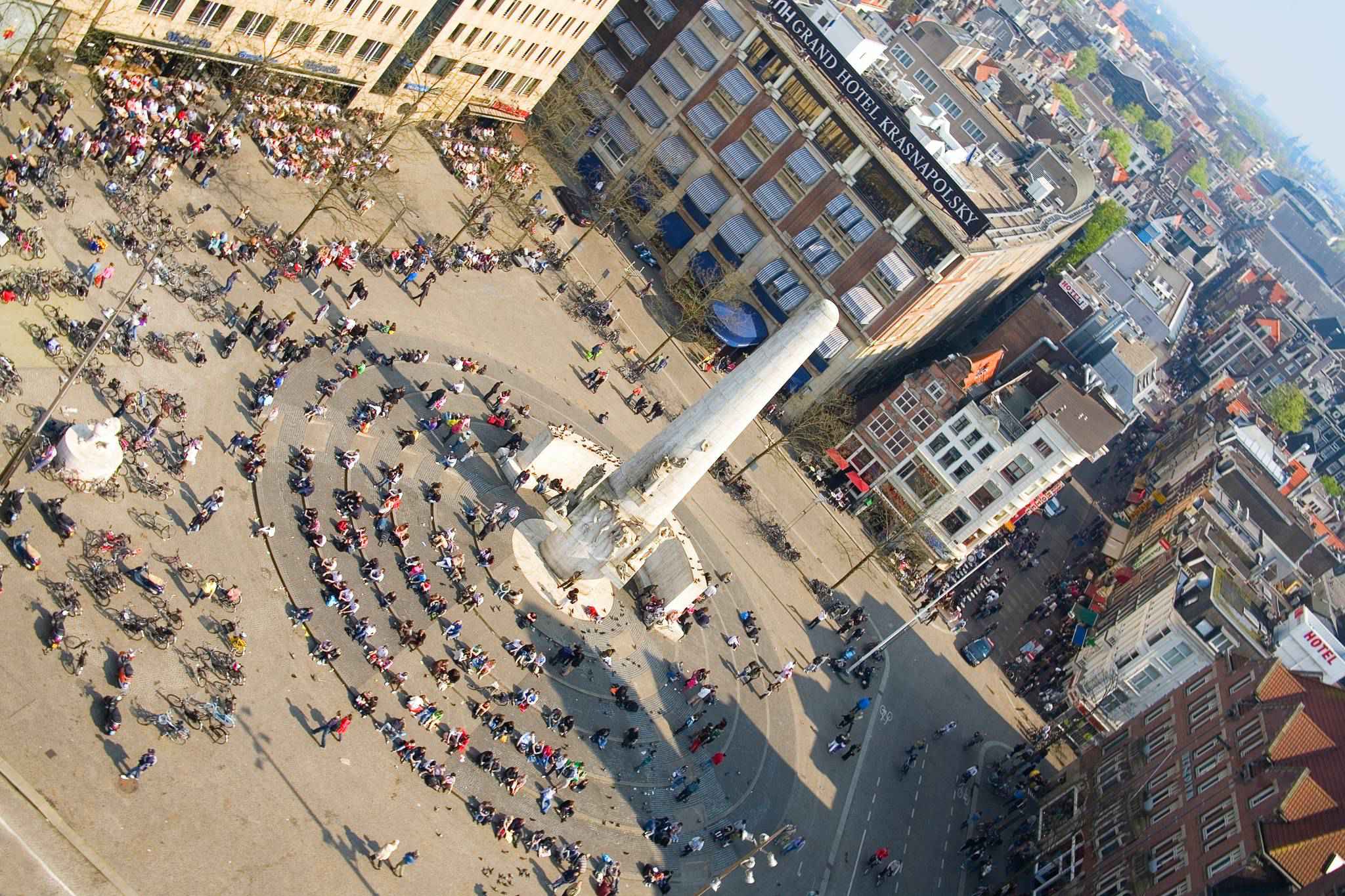 Dam Square or Dam is a town square in Amsterdam, the capital of the Netherlands. Its notable buildings and frequent events make it one of the most well-known and important locations in the city and the country.

Location and description
Dam Square lies in the historical center of Amsterdam, approximately 750 meters south of the main transportation hub, Centraal Station, at the original location of the dam in the river Amstel. It is roughly rectangular in shape, stretching about 200 meters from west to east and about 100 meters from north to south. It links the streets Damrak and Rokin, which run along the original course of the Amstel River from Centraal Station to Muntplein (Mint Square) and the Munttoren (Mint Tower). The Dam also marks the endpoint of the other well-traveled streets Nieuwendijk, Kalverstraat and Damstraat. A short distance beyond the northeast corner lies the main red-light district: de Wallen.
On the west end of the square is the neoclassical Royal Palace, which served as the city hall from 1655 until its conversion to a royal residence in 1808. Beside it are the 15th-century Gothic Nieuwe Kerk (New Church) and the Madame Tussaud's Wax Museum. The National Monument, a white stone pillar designed by J.J.P. Oud and erected in 1956 to memorialize the victims of World War II, dominates the opposite side of the square. Also overlooking the plaza are the NH Grand Hotel Krasnapolsky and the upscale department store De Bijenkorf. These various attractions have turned the Dam into a tourist zone.

Several tram lines traverse the Dam and have stops there. In the time of the horse tram (end 19th century) the Dam was the most important tram hub of Amsterdam. After 1900 this function moved to the Central Station, at the other end of the Damrak.

Over the course of the 19th and 20th centuries, Amsterdam's main square became a "national" square well known to nearly everyone in the Netherlands. It has frequently been the location of demonstrations and events of all kinds, and a meeting place for many people. On 4 May every year, the Dutch celebrate National Memorial Day (Nationale Dodenherdenking), in observance of which the last addition to the square, the National Monument, was set up in 1956.
A funfair is held on Dam Square several times a year, such as on King's Day and around Christmas. 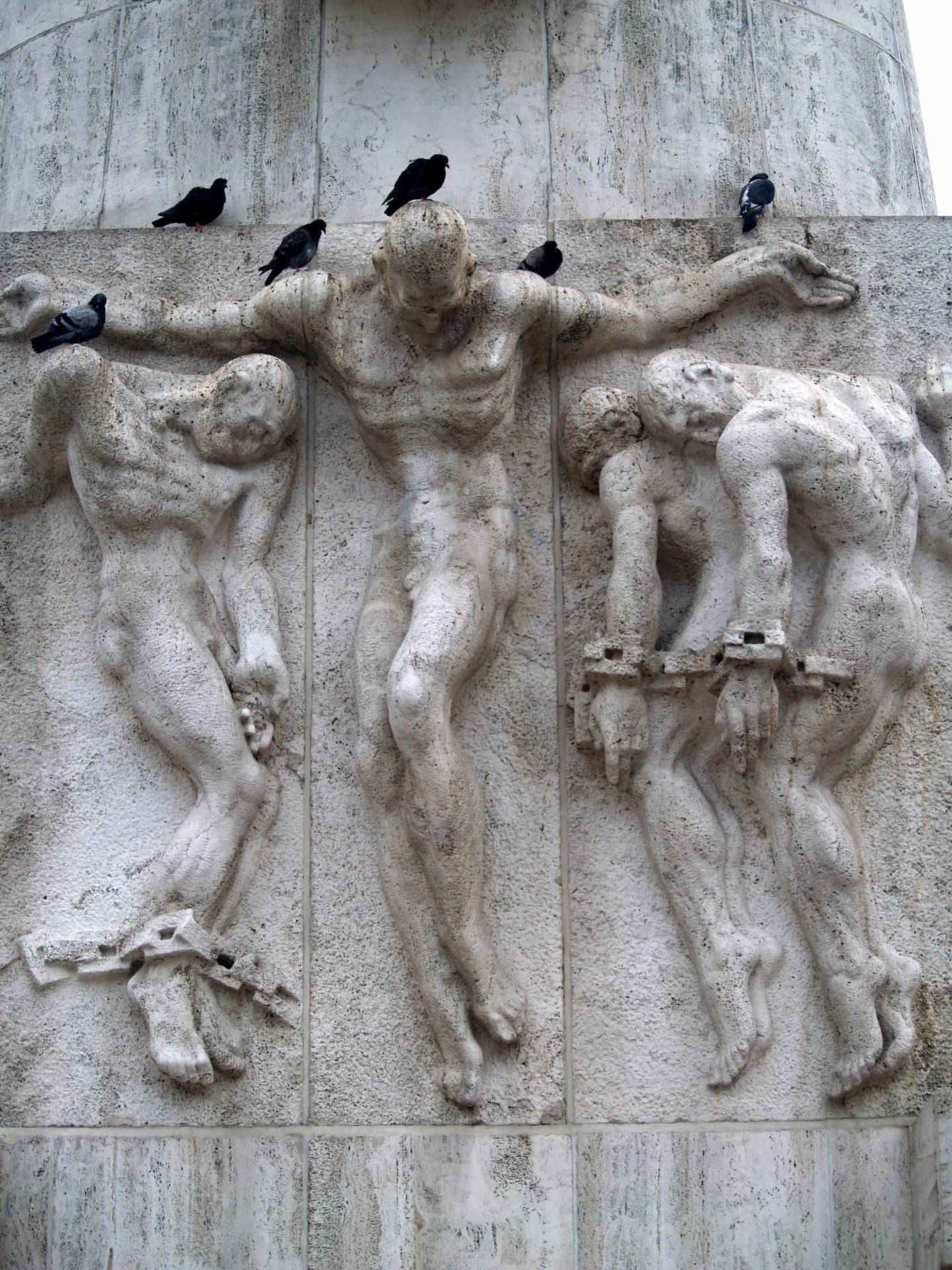