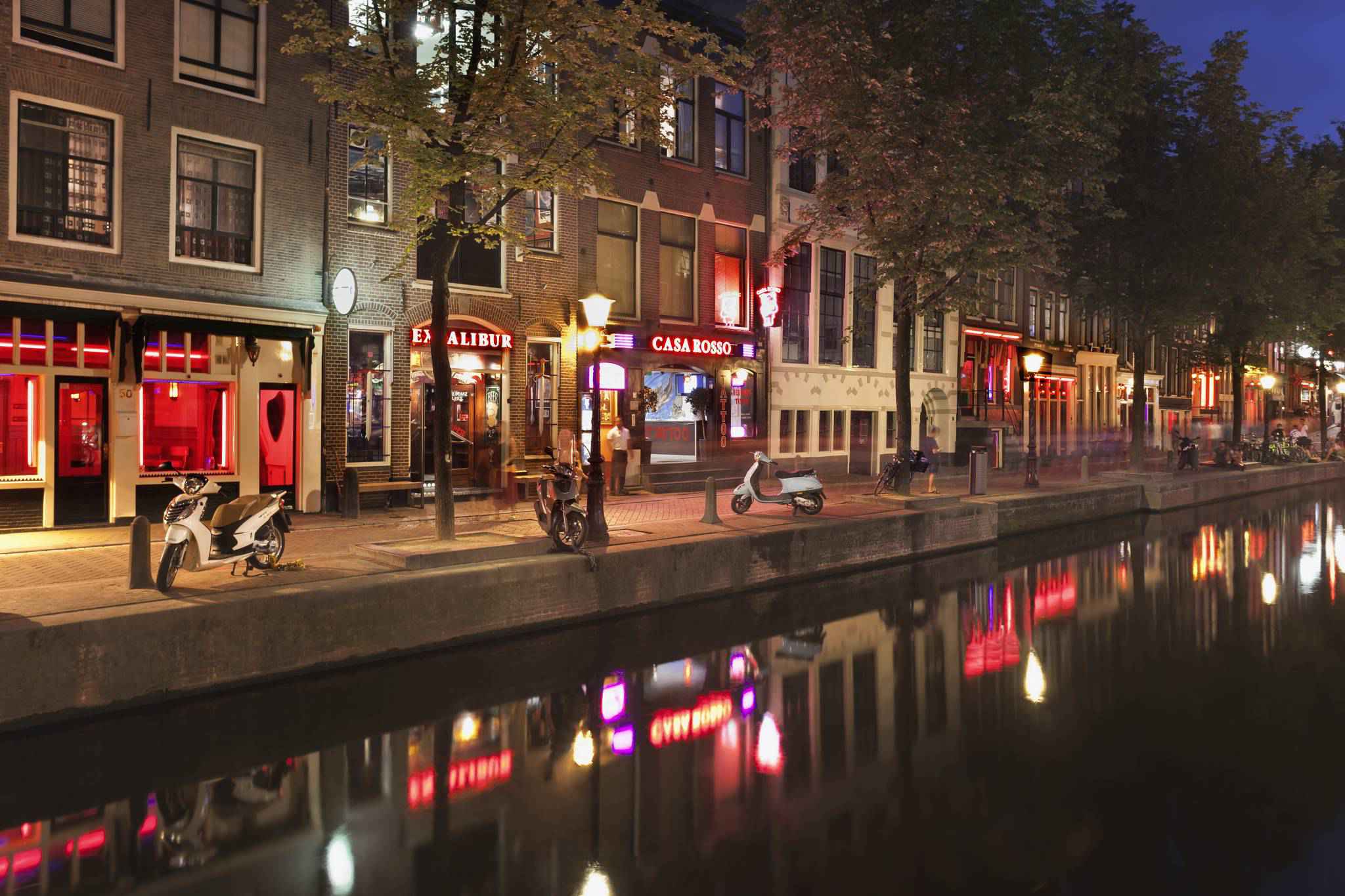 De Wallen (Dutch pronunciation: ) or De Walletjes (Dutch pronunciation: ) is the largest and best known red-light district in Amsterdam and consists of a network of alleys containing approximately three hundred one-room cabins rented by prostitutes who offer their sexual services from behind a window or glass door, typically illuminated with red lights. These "kamers" are the most visible and typical kind of red light district sex work in Amsterdam and are a large tourist attraction.

De Wallen, together with the prostitution areas Singelgebied and Ruysdaelkade, form the Rosse Buurt (red light areas) of Amsterdam. Of these De Wallen is the oldest and largest area.

The area also has a number of sex shops, sex theatres, peep shows, a sex museum, a cannabis museum, and a number of coffee shops that sell marijuana.

Between Sint Jansstraat and Sint Annenstraat and running parallel to them are Leidekkerssteeg, Gooijersteeg, Blaauwlakensteeg and Zwartlakensteeg. At least three of these had red light windows which were closed in the 1970s. Today these alleys are blocked by locked gates although the remains of some bricked over windows can be seen in the architecture. In the 1990s Slapersteeg was also closed and a gate now blocks the alley.

In the 1990s parts of Sint Annenstraat and Sint Annendwarsstraat were demolished. The rooms in Goldbergersteeg were opened after this time.

Sex work
Prostitution is legal in the Netherlands, with the exception of street prostitution, but work permits are not issued in the form of a green card for prostitution; therefore legally working in the trade is limited mostly to EU citizens or foreign permanent residents. (A non-EU citizen can work legally in Netherlands without a work permit in certain circumstances, for instance, if they are the spouse of a local citizen.) From January 2013 the legal working age of a prostitute in the Netherlands was raised from 18 to 21.
Whilst health and social services are readily available, sex workers are required to undergo regular health checks at the government's expense. Brothel owners and room operators often require health certificates such as the SERVSAFE test before employing or leasing rooms.

To counter negative publicity, Mariska Majoor, founder of the Prostitution Information Center, organized two "open days" in February 2006 and March 2007, allowing visitors access to some window brothels and peep shows and informing them about the working conditions there. Majoor was also instrumental in having the world's first monument to sex workers installed in the red light district. The bronze statue was unveiled on the Oudekerksplein in front of the Oude Kerk at the open day in March 2007 and shows a woman standing in a doorway.

Before the onset of coffeeshop licensing, some began openly selling cannabis. The first coffee shops opened in the 1970s. These faced trouble from police and the local councils with frequent closures. In 1976, the government of the Netherlands began to take steps to decriminalize the use and possession of cannabis by changing the law so that possession of up to 30 grams of cannabis was no longer a criminal offense.

The gedoogbeleid or tolerance policy gave rise to coffeeshop licensing which meant that as long as coffeeshops did not sell hard drugs, they were allowed to operate. Coffeeshops were not allowed to operate in certain cities near the borders of Germany and Belgium because it was felt soft drug use might raise crime there.
The government of Netherlands has continually been under pressure from different western countries to rein in coffeeshops, leading to several coffeeshops being shut down for flouting rules, with no licenses issued to new operators. This approach has continued since 1995. In the 1990s, the coffeeshop owners organized themselves into a union, the Bond van cannabis Detaillisten or BCD, set up to represent the interests of the coffeeshops which were under constant pressure from local councils. 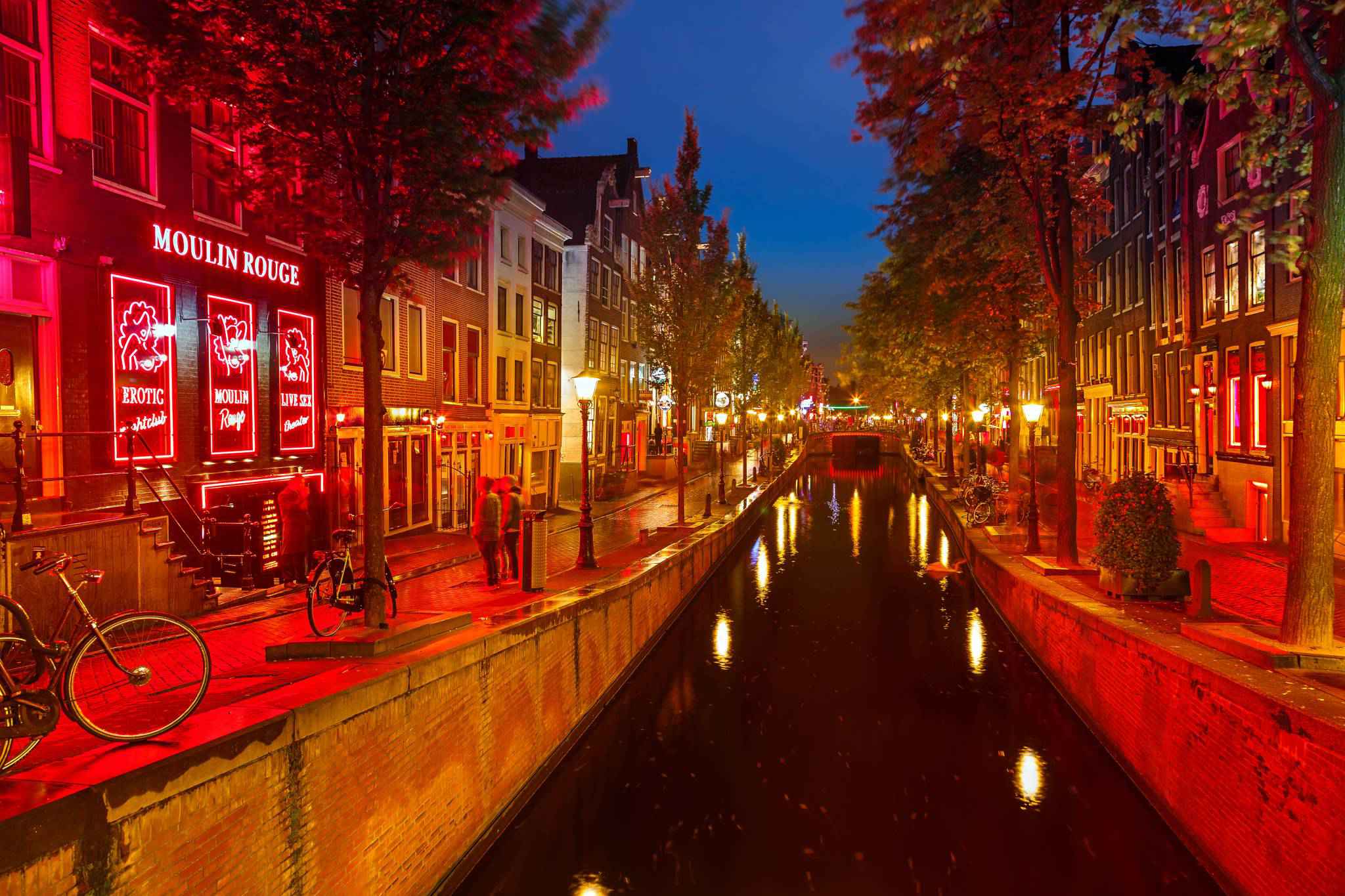