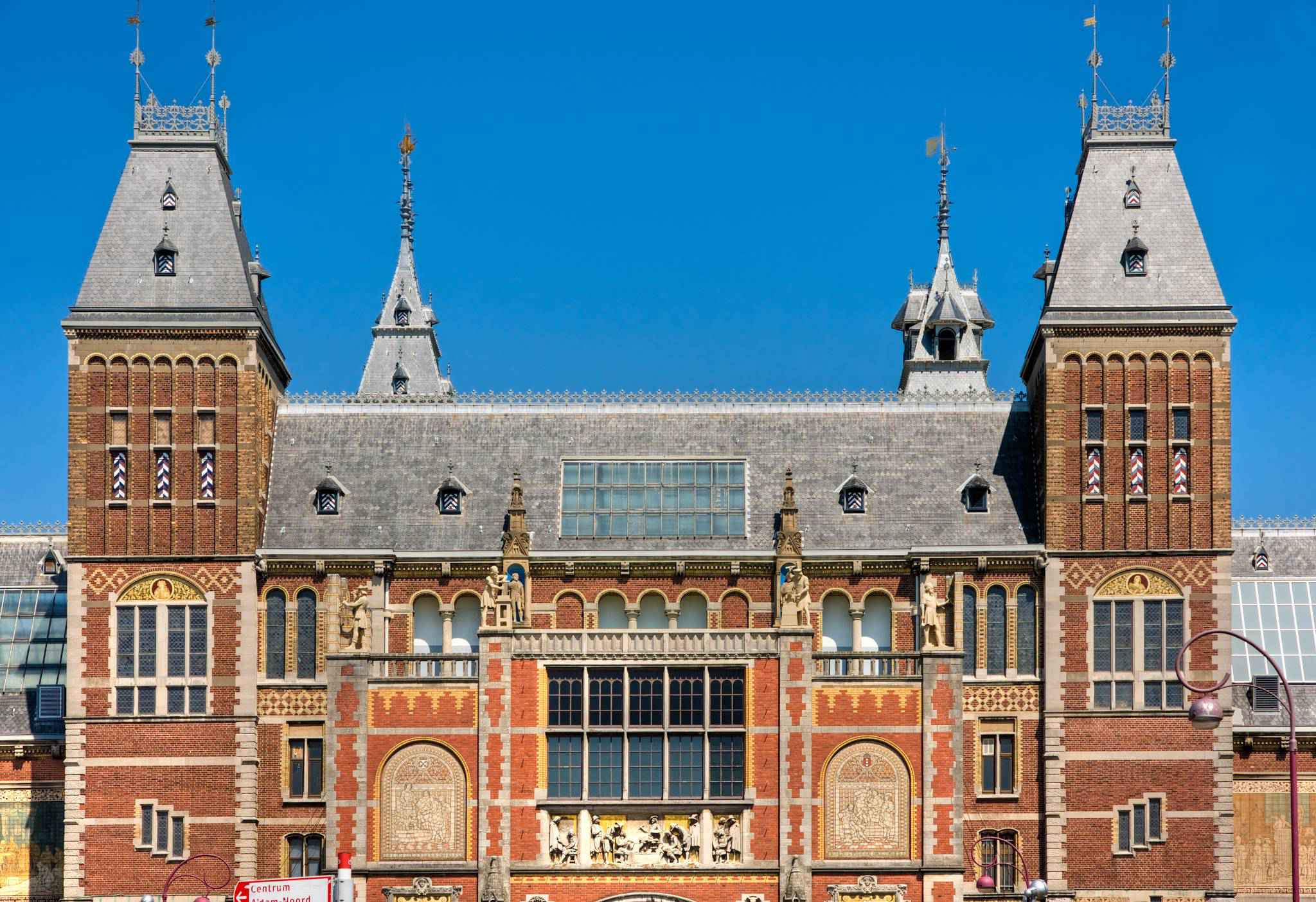 The Rijksmuseum is a Dutch national museum dedicated to arts and history in Amsterdam. The museum is located at the Museum Square in the borough Amsterdam South, close to the Van Gogh Museum, the Stedelijk Museum Amsterdam, and the Concertgebouw.

The Rijksmuseum was founded in The Hague in 1800 and moved to Amsterdam in 1808, where it was first located in the Royal Palace and later in the Trippenhuis. The current main building was designed by Pierre Cuypers and first opened its doors in 1885. On 13 April 2013, after a ten-year renovation which cost € 375 million, the main building was reopened by Queen Beatrix. In 2013 and 2014, it was the most visited museum in the Netherlands with record numbers of 2.2 million and 2.47 million visitors. It is also the largest art museum in the country.

The museum has on display 8,000 objects of art and history, from their total collection of 1 million objects from the years 1200–2000, among which are some masterpieces by Rembrandt, Frans Hals, and Johannes Vermeer. The museum also has a small Asian collection, which is on display in the Asian pavilion.

Building
The building of the Rijksmuseum was designed by Pierre Cuypers and opened in 1885. It consists of two squares with an atrium in each centre. In the central axis is a tunnel with the entrances at ground level and the Gallery of Honour at the first floor. The building also contains a library. The fragment building, branded Philips wing, contains building fragments that show the history of architecture in the Netherlands. The Rijksmuseum is a rijksmonument (national heritage site) since 1970 and was listed in the Top 100 Dutch heritage sites in 1990. The Asian pavilion was designed by Cruz y Ortiz and opened in 2013.

According to Muriel Huisman, Project Architect for the Rijksmuseum's renovation, "Cruz y Ortiz always like to look for a synergy between old and new, and we try not to explain things with our architecture.” With the Rijks, “there’s no cut between old and new; we’ve tried to merge it. We did this by looking for materials that were true to the original building, resulting in a kind of silent architecture."

Collection
The collection of the Rijksmuseum consists of 1 million objects and is dedicated to arts, crafts, and history from the years 1200 to 2000. Around 8000 objects are currently on display in the museum.

The museum also has a small Asian collection which is on display in the Asian pavilion.

It also displays the stern of HMS Royal Charles which was captured in the Raid on the Medway, and the Hartog plate.

In 2012 the museum took the unusual step of making some 125,000 high-resolution images available for download via its Rijksstudio webplatform, with plans to add another 40,000 images per year until the entire collection of one million works is available, according to Taco Dibbits, director of collections.

Library
The Rijksmuseum Research Library is part of the Rijksmuseum, and is the best and the largest public art history research library in The Netherlands. 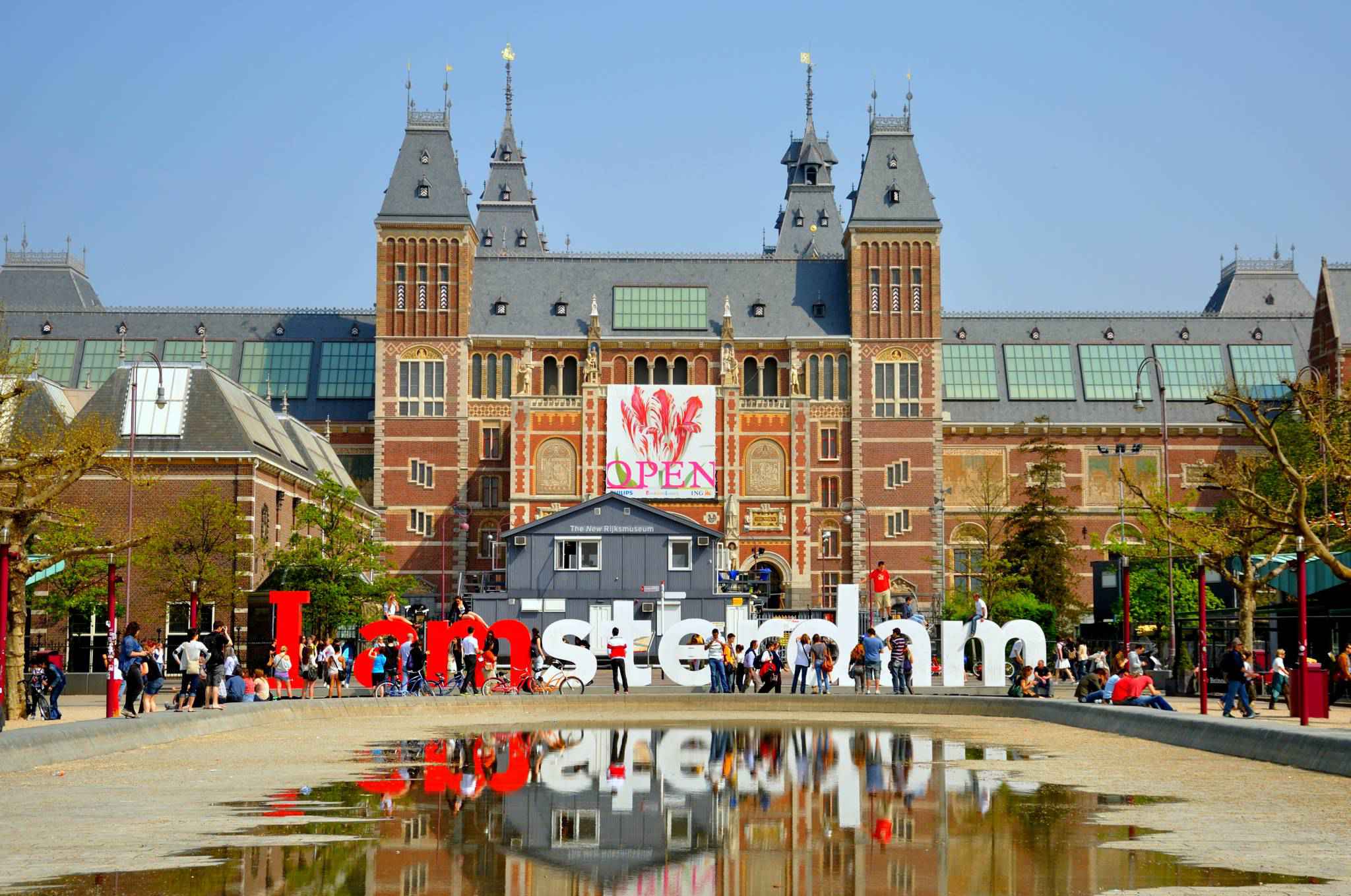