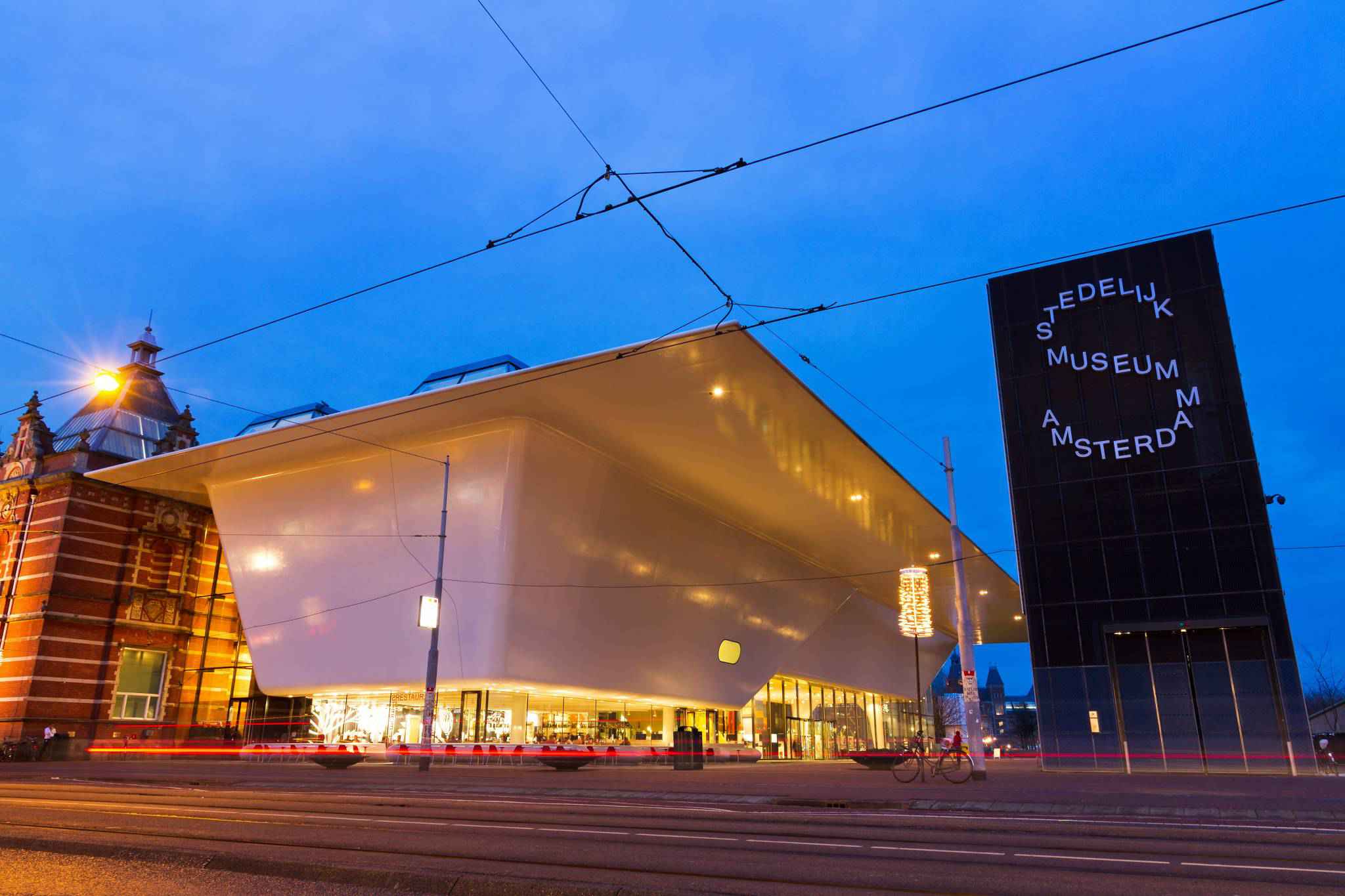 The Stedelijk Museum Amsterdam , colloquially known as the Stedelijk, is a museum for modern art, contemporary art, and design located in Amsterdam, Netherlands.
The 19th century building was designed by Adriaan Willem Weissman and the 21st century wing with the current entrance was designed by Benthem Crouwel Architects. It is located at the Museum Square in the borough Amsterdam South, where it is close to the Van Gogh Museum, the Rijksmuseum, and the Concertgebouw.
The collection comprises modern and contemporary art and design from the early 20th century up to the 21st century. It features artists such as Vincent van Gogh, Wassily Kandinsky, Ernst Ludwig Kirchner, Marc Chagall, Henri Matisse, Jackson Pollock, Karel Appel, Andy Warhol, Willem de Kooning, Marlene Dumas, Lucio Fontana, and Gilbert & George.

Weissman Building
Dutch architect Adriaan Willem Weissman designed the building for the Stedelijk in 1895. The design of the upper façade and tower in a combination of pale stone and red brick give the exterior of the building a 16th-century Dutch Neo-Renaissance look. In 1938, director Willem Sandberg had the interior walls painted white, creating 'white cube' gallery spaces. Some years later, in 1954, Sandberg had the opportunity to build a largely glass extension flanking the Van Baerlestraat, which came to be referred to as the "Sandberg Wing". Sandberg also replaced the museum's heavy, rather uninviting doors with a glass entrance. In 1934, Baard turned the loggia above the museum's main entrance into an exhibition space and had several galleries repainted in light colors. When Röell took over in 1936, he installed light wall coverings inside some of the galleries and had new doorways put in on the upper-floor galleries. Then, in 1938, Röell had the polychrome staircase whitewashed and replaced the yellow glass in the skylight with lime-washed glass.

Due to poor maintenance and lack of modern facilities, including climate control, the building was deemed unable to meet modern standards. Additionally, it did not have the space to feature the highlights of the collection on permanent display. Since its beginnings, over a century ago, the collection had vastly increased. The art depots and workshops had also become far too cramped. In 1993, a leak in the roof of the museum damaged several large paintings, among them pieces by Ellsworth Kelly and Julian Schnabel. A competition to renovate the museum was first held in the early 1990s, with Robert Venturi beating Rem Koolhaas, Wim Quist, and Carel Weeber to the job. Venturi was replaced by Álvaro Siza Vieira in 1996.

Benthem Crouwel Wing
After further discussions about whether to relocate the contemporary art museum to an Amsterdam park, a new jury eventually awarded Benthem Crouwel Architects the renovation and construction contract for their design for the new building, referred to as "The Bathtub". The new Stedelijk has an exhibition surface area of 8,000 square meters, which is double its previous gallery space. Michael Kimmelman, architecture critic for The New York Times, wrote of the museum's addition, "I can't recall seeing a more ridiculous looking building than the new Stedelijk Museum." The Los Angeles Times called the extension "oversized, antiseptic and mismatched". 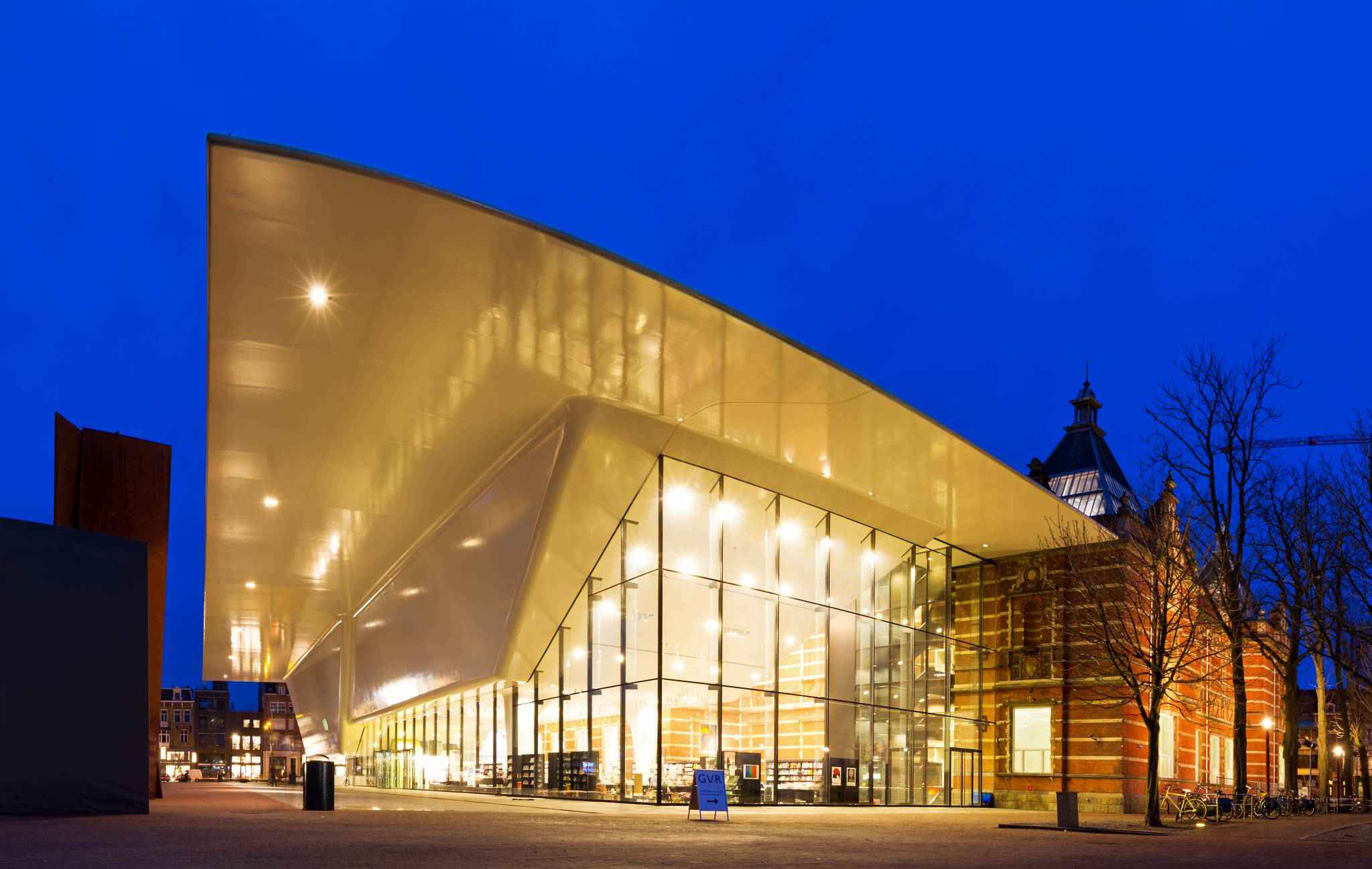