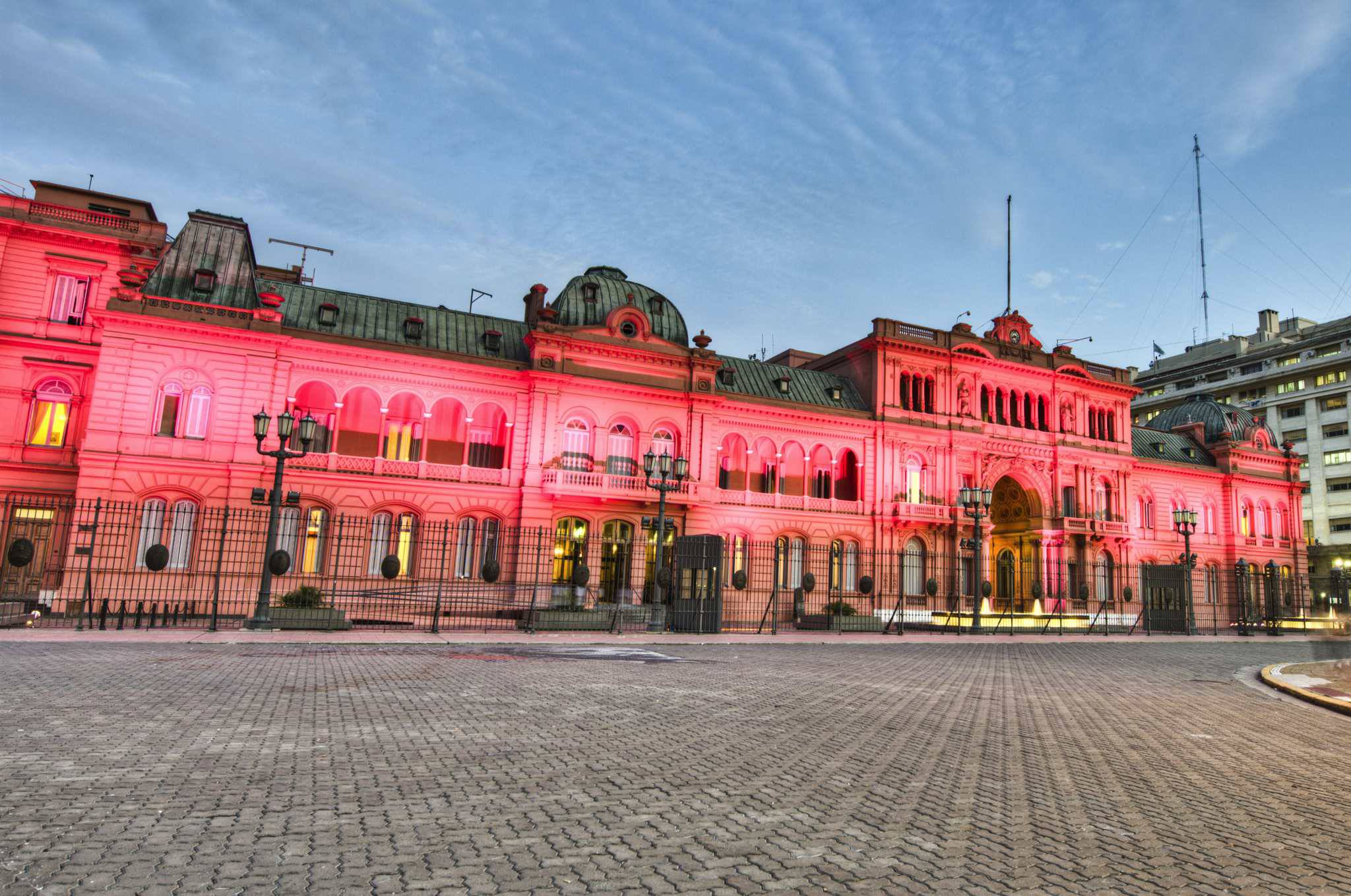 
La Casa Rosada (Spanish for "The Pink House"), officially known as the Casa de Gobierno ("Government House") or Palacio Presidencial ("The Presidential Palace"), is the official seat of the executive branch of the Government of Argentina. The President works there but doesn't live there, the presidential residence is the Quinta de Olivos, a compound in Olivos, Buenos Aires Province.

The Casa Rosada sits at the eastern end of the Plaza de Mayo, a large square which since the 1580 foundation of Buenos Aires has been surrounded by many of the most important political institutions of the city and of Argentina. The site, originally at the shoreline of the Río de la Plata, was first occupied by the "Fort of Juan Baltazar of Austria," a structure built on the orders of the founder of Buenos Aires, Captain Juan de Garay, in 1594. Its 1713 replacement by a masonry structure (the "Castle of San Miguel") complete with turrets made the spot the effective nerve center of colonial government. Following independence, President Bernardino Rivadavia had a Neoclassical portico built at the entrance in 1825, and the building remained unchanged until, in 1857, President Justo José de Urquiza orders the fort demolished in favor of a new customs building. Under the direction of British Argentine architect Edward Taylor, the Italianate structure functioned as Buenos Aires' largest building from 1859 until the 1890s.

The old fort's administrative annex, which survived the construction of Taylor's Customs House, was enlisted as the Presidential offices by Bartolomé Mitre in the 1860s and his successor, Domingo Sarmiento, who beautified the drab building with patios, gardens and wrought-iron grillwork, had the exterior painted pink reportedly in order to defuse political tensions by mixing the red and white colours of the country's opposing political parties. An alternative explanation suggests that the original paint contained cow's blood to prevent damage from the effects of humidity. He also authorized the construction of the Central Post Office next door in 1873, enlisting Swedish Argentine architect Carl Kihlberg, who designed this, one of the first of Buenos Aires' many examples of Second Empire architecture.

Presiding over an unprecedented socio-economic boom, President Julio Roca had architect Enrique Aberg replace the cramped State House by one resembling the neighboring Central Post Office in 1882 and, following works to integrate the two structures, he had architect Francesco Tamburini build the iconic Italianate archway between the two in 1884. The resulting State House, still known as the "Pink House," was completed in 1898 following its eastward enlargement, works which resulted in the destruction of Taylor's Customs House. 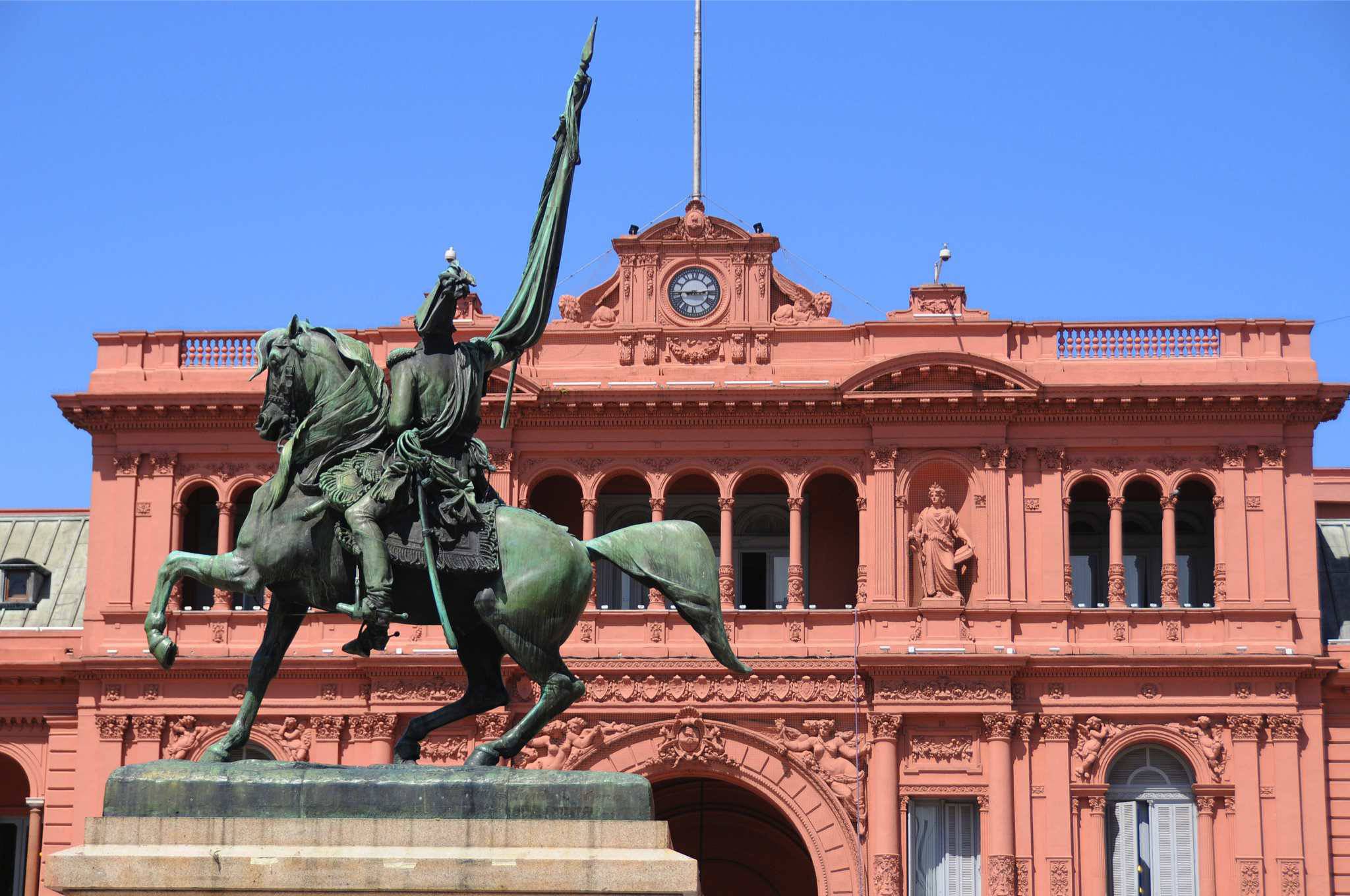