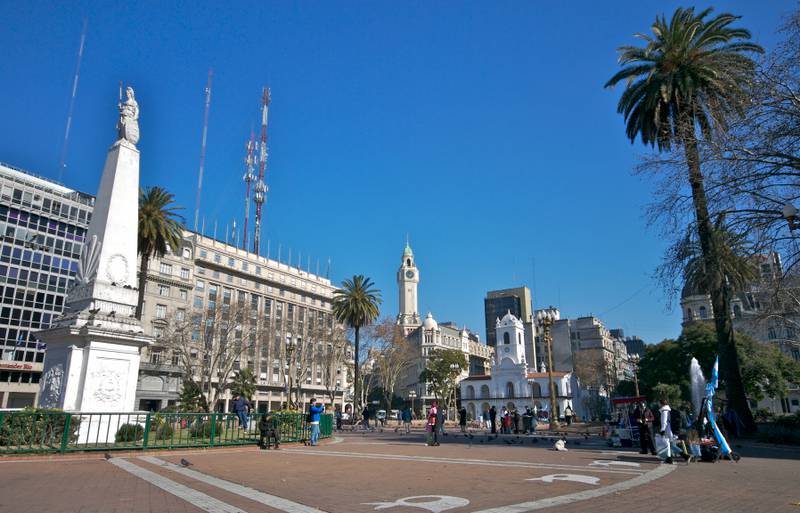 
The Plaza de Mayo (Spanish for May Square) is the main square in downtown Buenos Aires, Argentina. It is flanked by Hipólito Yrigoyen, Balcarce, Rivadavia and Bolívar streets.

The plaza has, since being the scene of the 25 May 1810 resolution that led to independence, a focal point of political life in Buenos Aires and, arguably, Argentina.

The modern plaza took form when, in 1884, the colonnade separating the Plaza de la Victoria and the Plaza del Fuerte was demolished. Its origins, however, can be traced back to Juan de Garay's foundation of Buenos Aires itself, in 1580.

Newly arrived to the dusty riverbank settlement, Jesuit clergymen in 1608 secured a title to much of the 2 hectare (5 acre) lot, on which Garay's earlier plans for a central plaza had been abandoned. In 1661, the local governor purchased the eastern half for inclusion into the grounds of the city's new fort; this section soon became the Plaza de Armas.
Following over a century of overuse and neglect, the local colonial government attempted to give a semblance of order to the plaza by having a colonnade built across it from north to south. Completed in 1804, the Romanesque structure became the plaza's market and the lot to the west of the colonnade became the Plaza de la Victoria.

The area continued divided between these two plazas until 1883 and with only minor changes in landscaping, chief among them the 1811 addition of the May Pyramid, a monument put up to commemorate the newly independent "Provinces of the Rio de la Plata". That year, however, Mayor Torcuato de Alvear ordered the space modernized, resulting in the demolition of the colonnade and the creation of the modern Plaza de Mayo.

Today, Plaza de Mayo continues to be an indispensable tourist attraction for those who visit Buenos Aires.

Several of the city's major landmarks are located around the Plaza: the Cabildo (the city council during the colonial era), the Casa Rosada (home of the executive branch of the federal government), the Metropolitan Cathedral of Buenos Aires, the May Pyramid, the current city hall or municipalidad, and the headquarters of the Nación Bank. The Buenos Aires financial district (microcentro), affectionately known as la City also lies besides the Plaza. 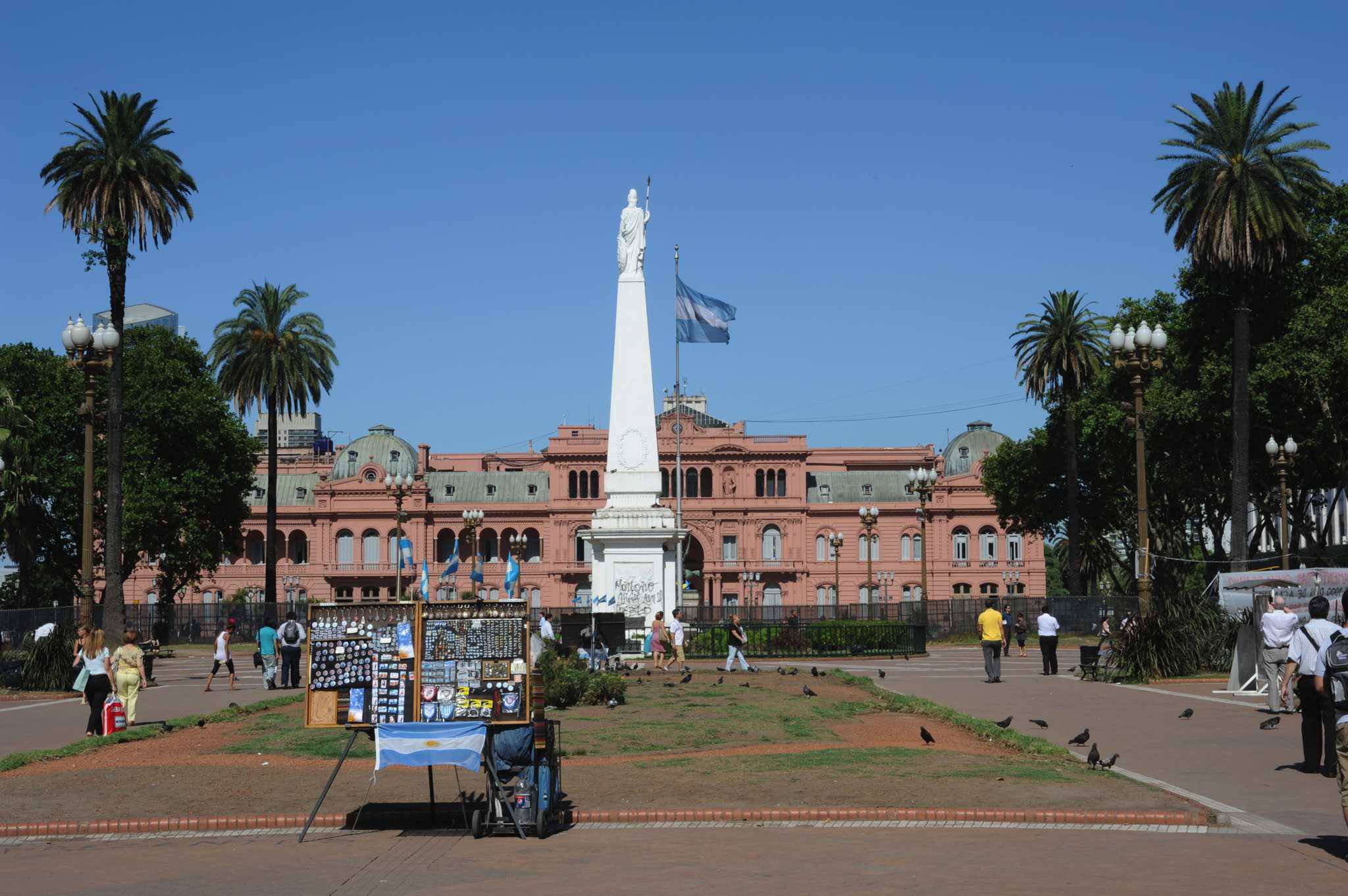