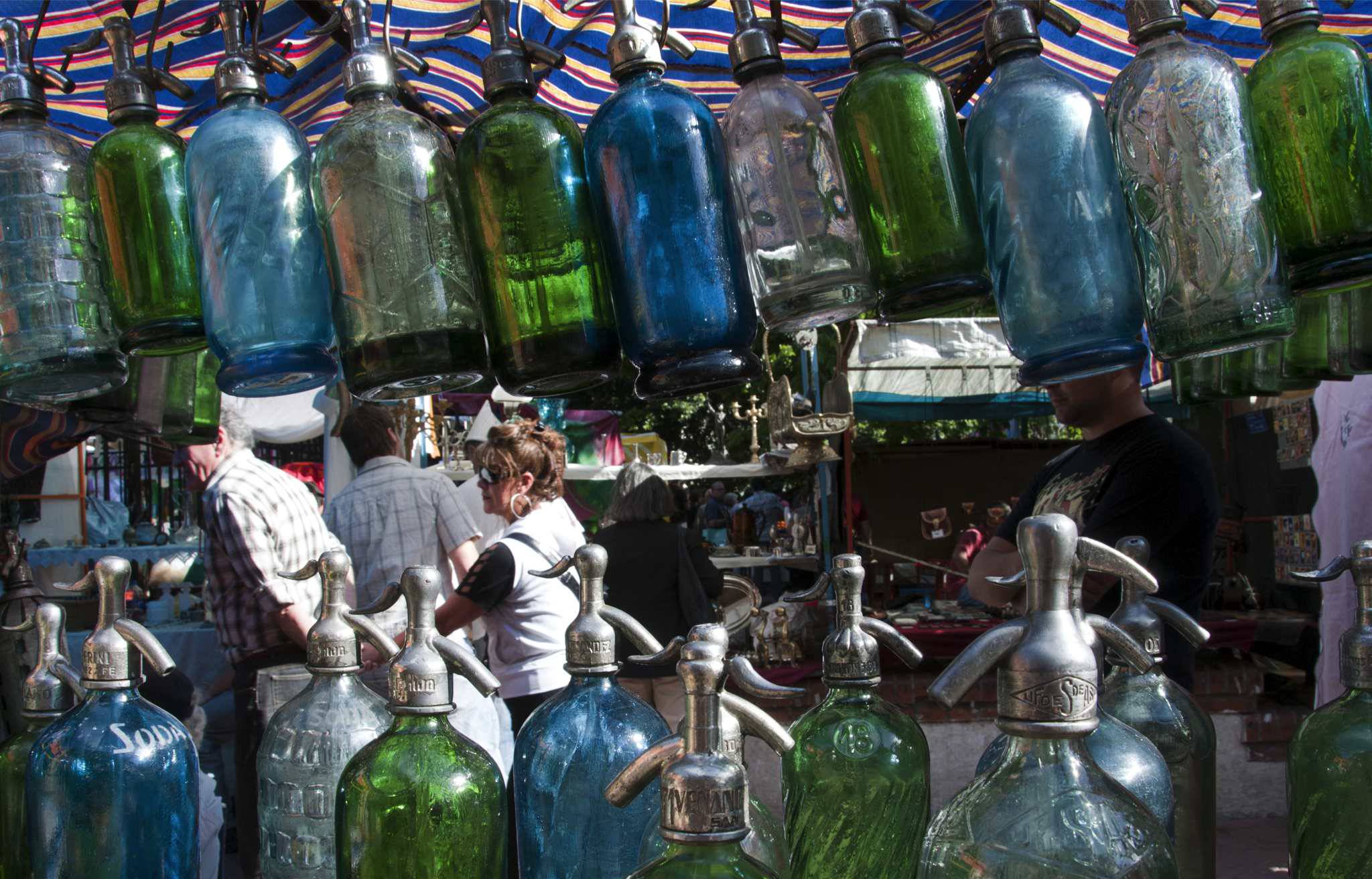 
San Telmo ("Saint Pedro González Telmo") is the oldest barrio (neighborhood) of Buenos Aires, Argentina. It is a well-preserved area of the Argentine metropolis and is characterized by its colonial buildings. Cafes, tango parlors and antique shops line the cobblestone (adoquines) streets, which are often filled with artists and dancers.
San Telmo's attractions include old churches (e.g. San Pedro Telmo), museums, antique stores and a semi-permanent antique fair (Feria de Antigüedades) in the main public square, Plaza Dorrego. Tango-related activities for both locals and tourists are in the area.

Known as San Pedro Heights during the 17th century, the area was mostly home to the city's growing contingent of dockworkers and brickmakers; indeed, the area became Buenos Aires' first "industrial" area, home to its first windmill and most of the early city's brick kilns and warehouses. The bulk of the city's exports of wool, hides and leather (the Argentine region's chief source of income as late as the 1870s) were prepared and stored here in colonial times. Their presence led to the first residential settlements in this area: that of Africans, slaves and free, alike.

Separated from Buenos Aires proper by a ravine, the area was formally incorporated into the city in 1708 as the "Ovens and Storehouses of San Pedro." The neighborhood's poverty led the Jesuits to found a "Spiritual House" in the area, a charitable and educational mission referred to by San Pedro's indigent as "the Residence;" the 1767 Suppression of the Society of Jesus led to the mission's closure, however.

The void left by the Jesuits' departure was addressed by the 1806 establishment of the Parish of San Pedro González Telmo (or "San Telmo"), so named in honor of the Patron Saint of seafarers. The move failed to replace lost social institutions, however, and San Telmo languished well after Argentine independence in 1816. The Jesuit Residence, restored as a clinic by Guatemalan friars, was shuttered in 1821, and San Telmo saw no public works for the next 30 years except a Black Infantrymen's Quarters and the construction of the dreaded Mazorca Dungeon by Governor Juan Manuel de Rosas.

San Telmo began to improve despite these challenges, particularly after Rosas' 1852 deposal. The establishment of new clinics, the installation of gas mains, lighting, sewers, running water and cobblestones and the opening of the city's main wholesale market led to increasing interest in the area on the part of the well-to-do and numerous imposing homes were built in the western half of San Telmo. This promising era ended abruptly, however, when an epidemic of cholera struck the area in 1871. The new clinics and the heroic efforts of physicians like Florentino Ameghino helped curb the spread of the epidemic into points north; but, claiming over 10,000 lives, the crisis led to the exodus of San Telmo's growing middle and upper classes into what later became Barrio Norte.

Leaving behind hundreds of properties, a few of the larger lots were converted into needed parks, the largest of which is Lezama Park, designed by renowned French-Argentine urbanist Charles Thays in 1891 as a complement to the new Argentine National Museum of History. Most large homes, though, became tenement housing during the wave of Immigration in Argentina from Europe, between 1875 and 1930. San Telmo became the most multicultural neighborhood in Buenos Aires, home to large communities of British, Galician, Italian and Russian-Argentines. The large numbers of Russians in San Telmo and elsewhere in Buenos Aires led to the consecration of Argentina's first Russian Orthodox Church in 1901. Growing industry to the south also led a German immigrant, Otto Krause, to open a technical school here in 1897.

San Telmo's bohemian air began attracting local artists after upwardly mobile immigrants left the area. Growing cultural activity resulted in the opening of the Buenos Aires Museum of Modern Art by critic Rafael Squirru in 1956, as well as in the 1960 advent of the "Republic of San Telmo," an artisan guild which organized art walks and other events. San Telmo's immigrant presence also led to quick popularization of tango in the area; long after the genre's heyday, renowned vocalist Edmundo Rivero purchased an abandoned colonial-era grocery in 1969, christening it El Viejo Almacén ("The Old Grocery Store"). Soon becoming one of the city's best-known tango music halls, it helped lead to a cultural and economic revival in San Telmo.

The 1980 restoration of the former Ezeiza family mansion into the Pasaje de la Defensa ("Defensa Street Promenade"), moreover, has led to the refurbishment of numerous such structures, many of which had been conventillos (tenements) since the 1870s. As most of San Telmo's 19th century architecture and cobblestone streets remain, it has also become an important tourist attraction. 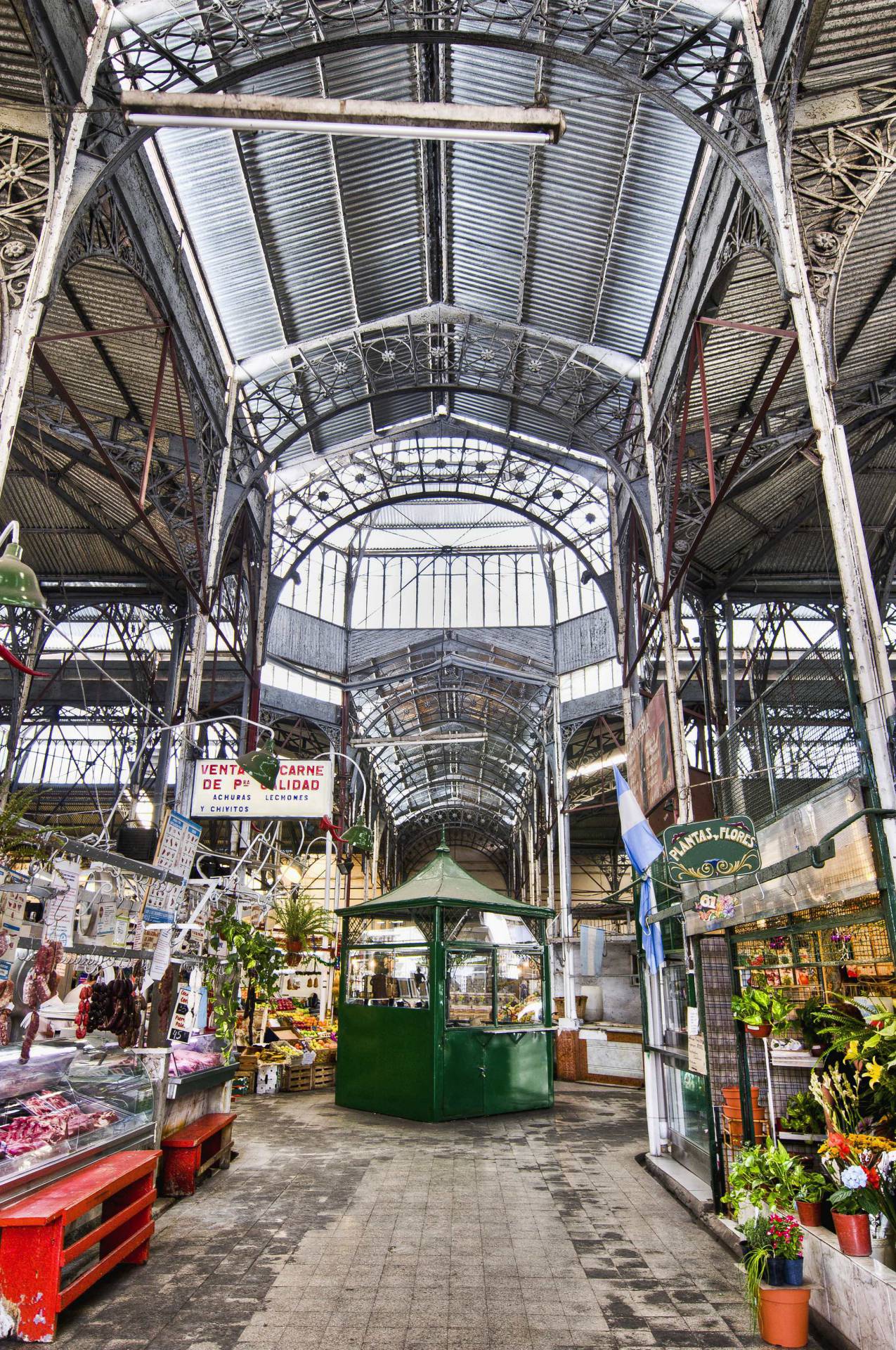