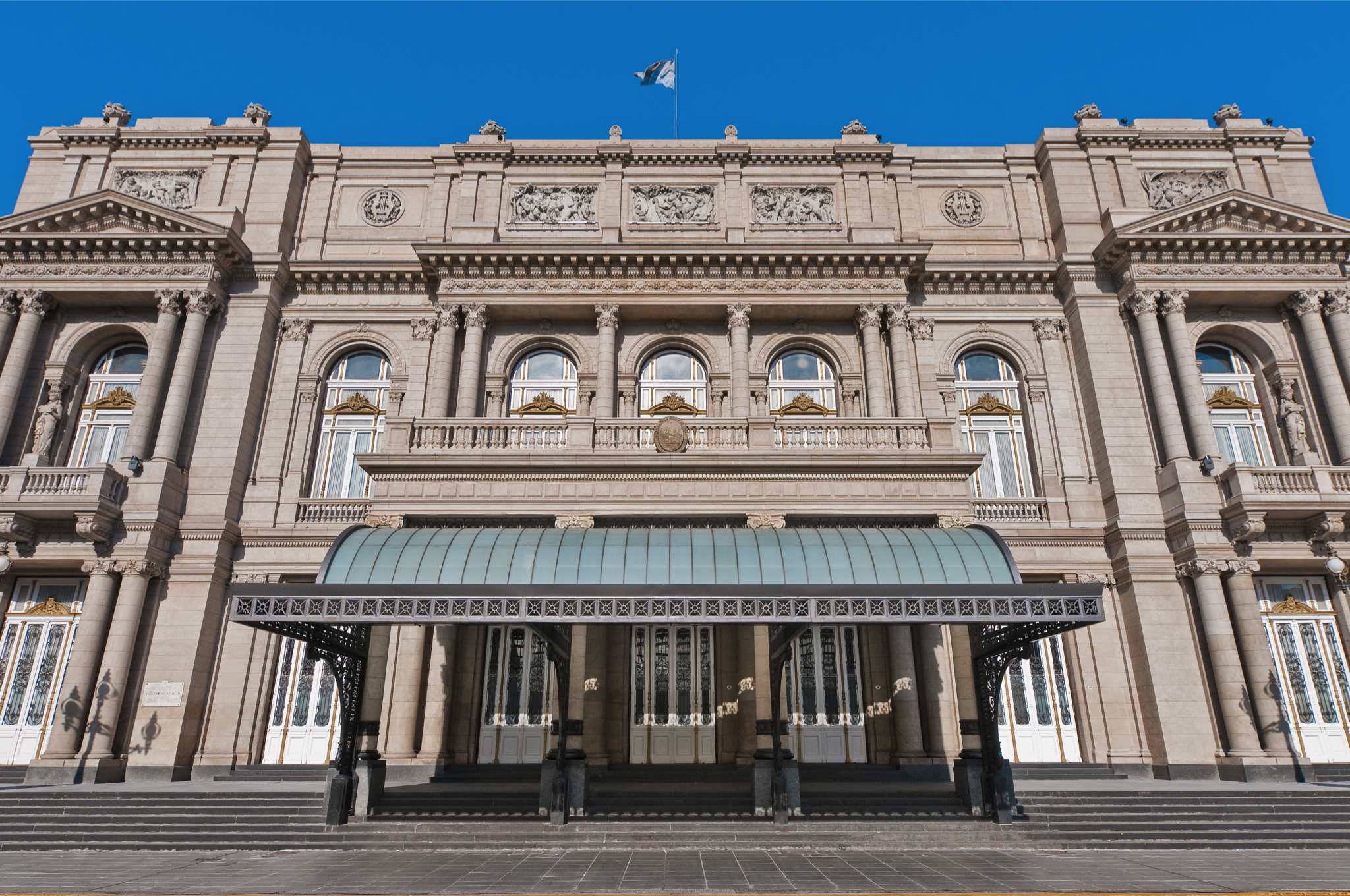 
The Teatro Colón (Columbus Theatre) is an opera house in Buenos Aires, Argentina.

Highlights
The present theatre, the second with that name, opened in 1908 after twenty years under construction. The auditorium is horseshoe-shaped, has 2,487 seats (slightly more than, say, the Royal Opera House in Covent Garden, London, England), standing room for 1,000 and a stage which is 20 m wide, 15 m high and 20 m deep. The acoustics are considered one of the best five acoustics in opera in the world.

The theatre is bounded by the extremely wide 9 de Julio Avenue (technically Cerrito Street), Libertad Street (the main entrance), Arturo Toscanini Street, and Tucumán Street. It is in the heart of the city on a site once occupied by Ferrocarril Oeste's Plaza Parque station.

The Present Teatro Colón
The cornerstone of the present Teatro Colón was laid in 1889 under the direction of architect Francesco Tamburini and his pupil, Vittorio Meano, who designed a theatre in the Italian style on a scale and with amenities which matched those in Europe. However, delays followed due to financial difficulties, arguments regarding the location, the death of Tamburini in 1891, the murder of Meano in 1904 and the death of Angelo Ferrari, an Italian businessman who was the financing the new theatre. The building was finally completed in 1908 under the direction of the Belgian architect Julio Dormal who made some changes in the structure and left his mark in the French style of the decoration.
The theatre opened on 25 May 1908, Día de la Patria in Argentina, with a performance of Verdi's Aida and it quickly became a world-famous operatic venue rivaling La Scala and the Metropolitan Opera in attracting most of the world's best opera singers and conductors. 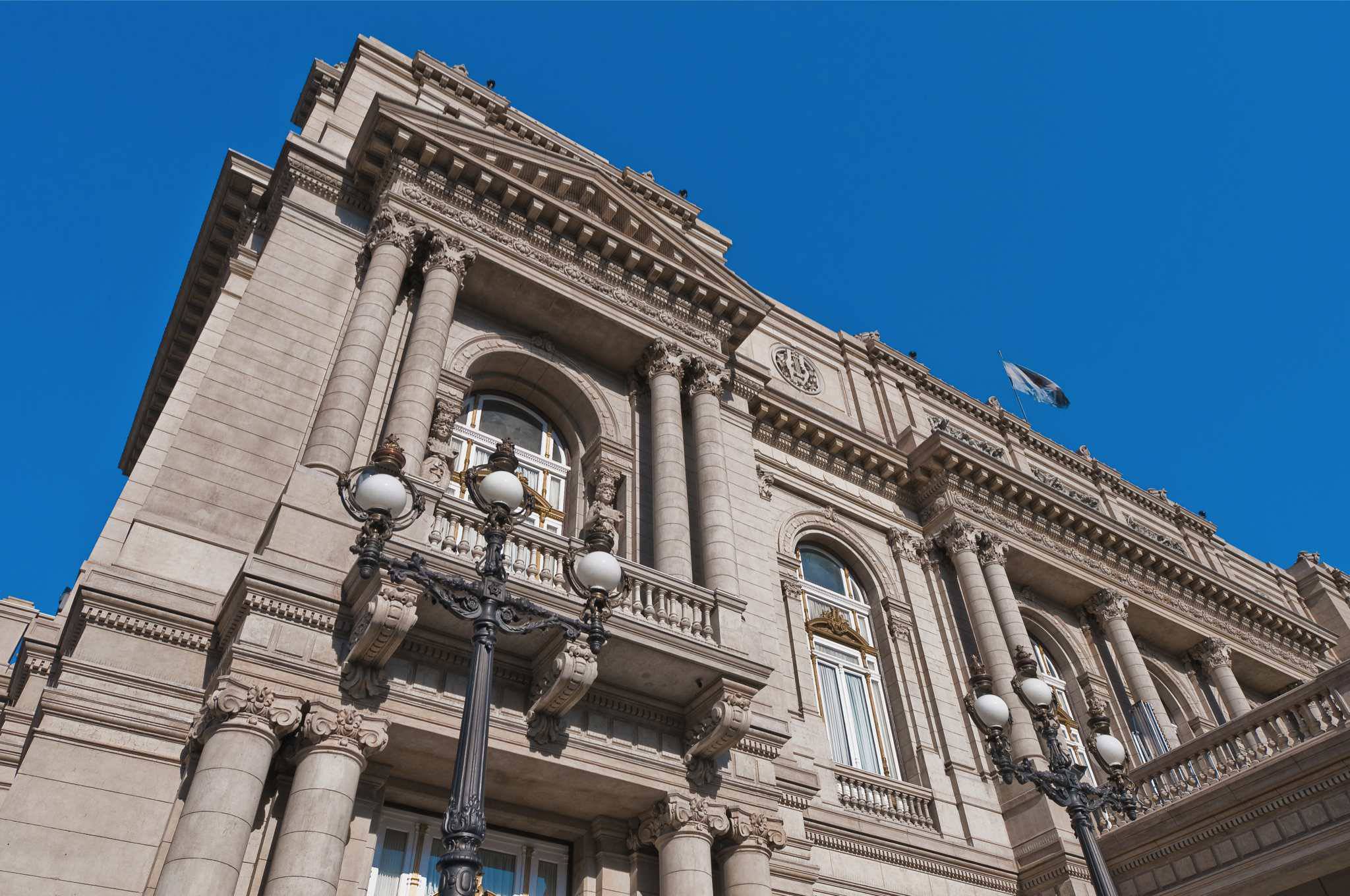