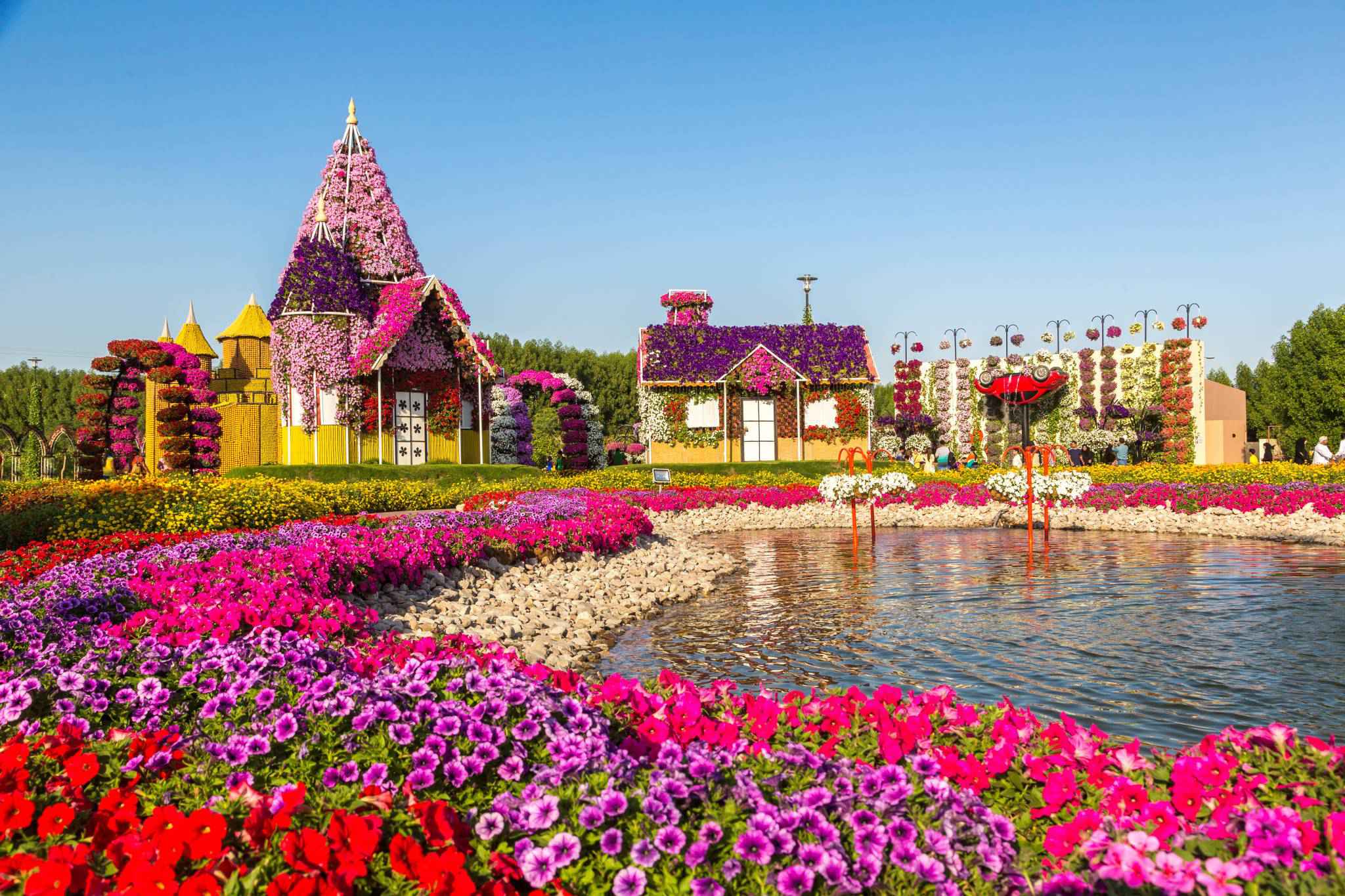 The Dubai Miracle Garden is a flower garden located in the district of Dubailand, Dubai, United Arab Emirates. The garden was launched on valentine's day in 2013. The garden spread over 72,000 square meters making it the world's largest natural flower garden featuring over 109 million flowers planted.

Development
The conception of the first miracle garden project was formed under the agreement between Dubailand and the Dubai Properties Group destination. The project development was done under the agreement with Akar Landscaping and Agriculture Company. The cost of the project was an estimate of AED 40 million ($11 million).
Phase one of the project was completed and opened in February 2013 which consisted of 21,000 sq. ft. outdoor facility including vertical and horizontal landscaping design where each of them have their own design. The development of phase one took 2 months and 400 workers. Phase two of the project was initiated on mid-June 2013 and was completed on October 2013 where it involved the 70 percent expansion of the 21,000 sq ft and construction of the 850,000 sq ft multistory car park, which now increased the total area of the garden to 2 million sq ft. Phase two development also included the addition of the floral clock, the butterfly garden, retail stores and mosques.

Operations
The Dubai Miracle Garden operate from October to April and remains closed from June to September due to high temperatures with the average of 40 °C (104 °F) where it not conductive for flower gazing. 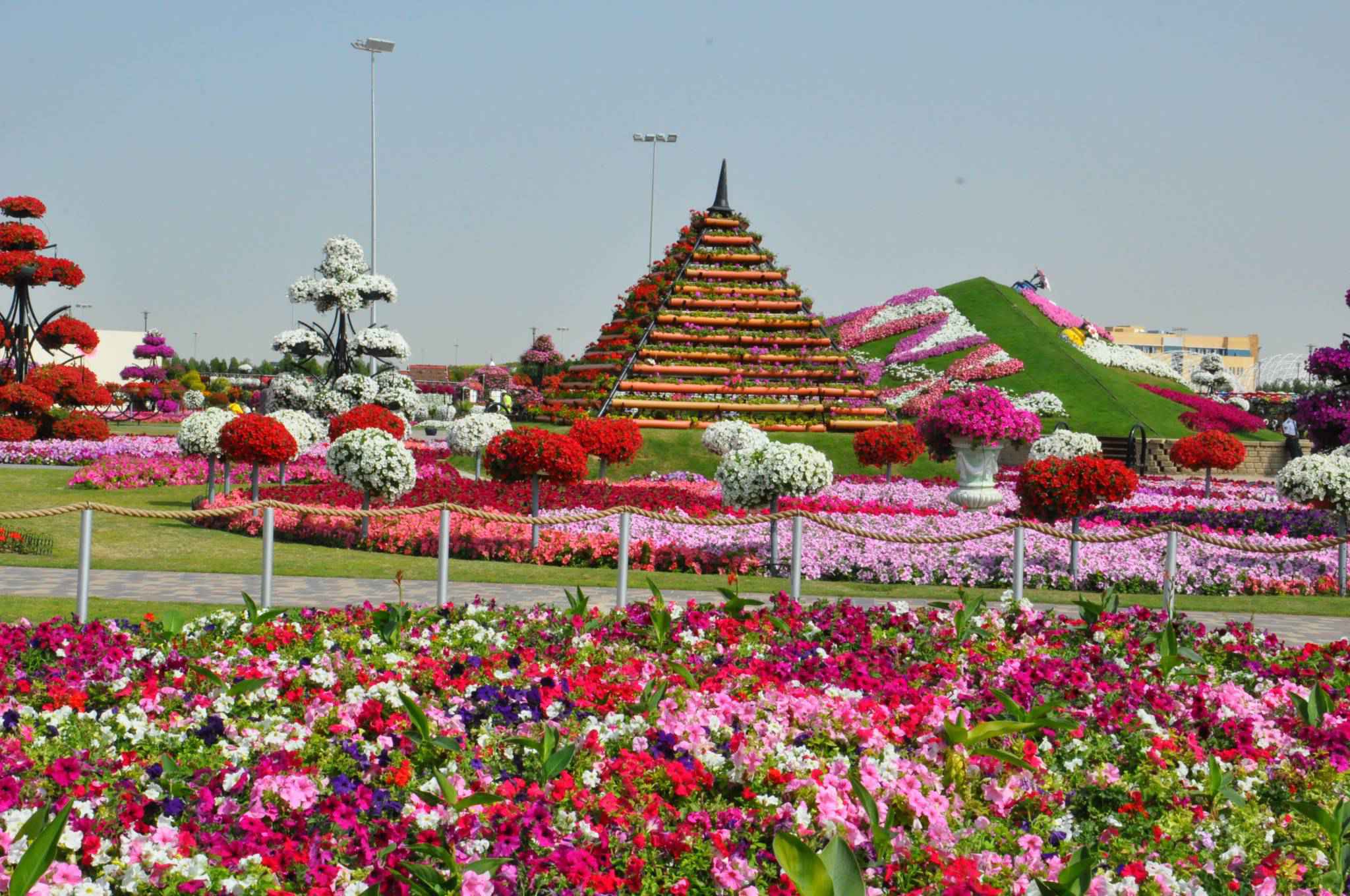