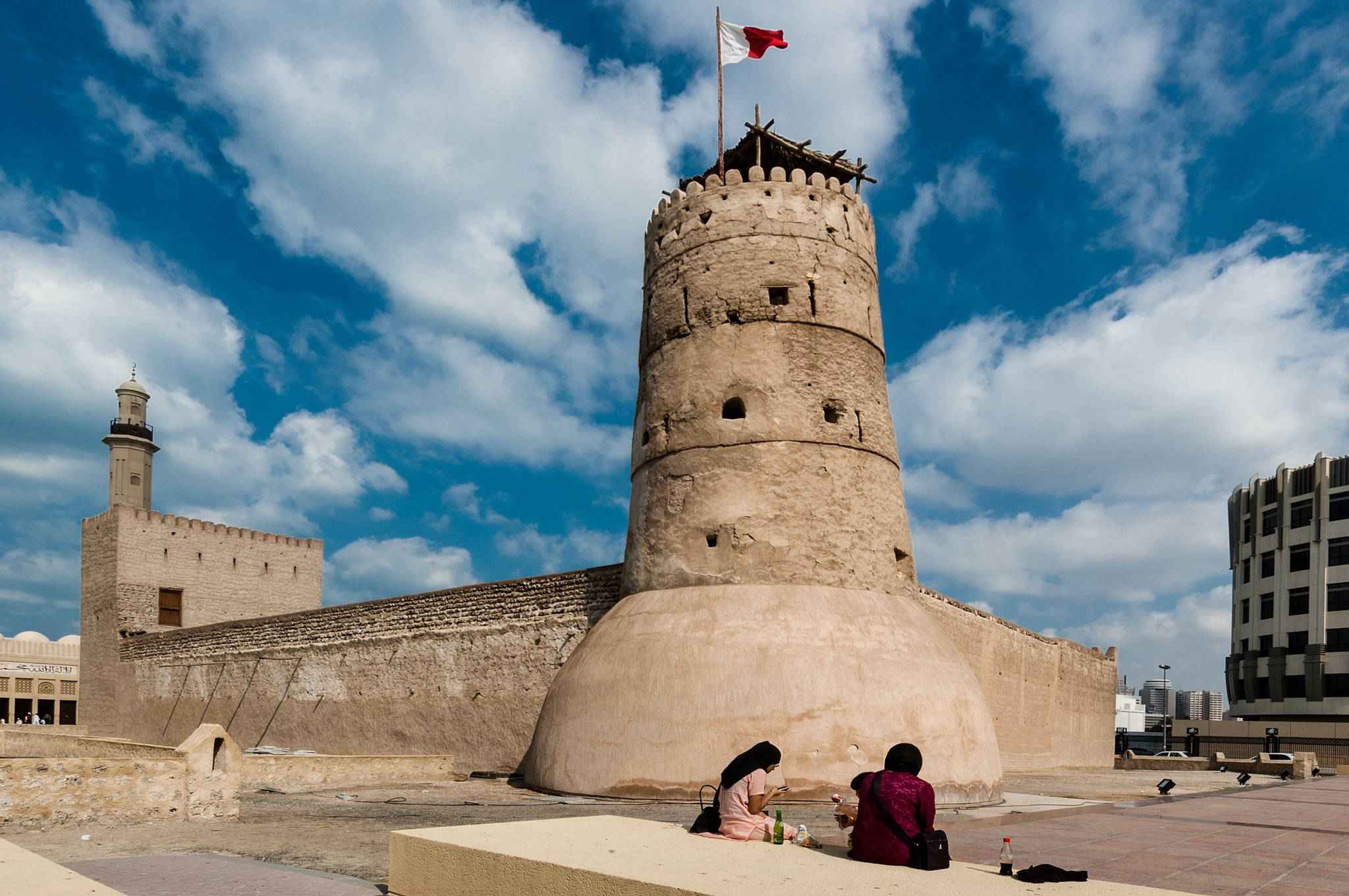 Dubai Museum is the main museum in Dubai, United Arab Emirates. It is located in the Al Fahidi Fort (Arabic: حصن الفهيدي‎‎), built in 1787 and is the oldest existing building in Dubai.

The museum was opened by the ruler of Dubai in 1971, with the aim of presenting the traditional way of life in the Emirate of Dubai. When entering, one can see the fort constructed and the various displays that go along with it. From the fort, there is a path to the galleries, which display the general culture of the land, especially in the 1800s. It includes local antiquities as well as artifacts from African and Asian countries that traded with Dubai. It also includes several dioramas showing life in the emirate before the advent of oil, in addition to artifacts from recent discoveries as old as 3000 BC.

The Fort
Al Fahidi Fort is square-shaped with towers occupying three of its corners. It was built of coral rock and mortar in several phases. Just off the southern wall lie the remains of the city walls. Next to them stands a tall dhow (traditional boat) in the middle of a large courtyard that covers the underground galleries. Two cannons guard the main gate to the fort on the eastern wall, adorned by flags of Dubai and the United Arab Emirates.

Internal halls line three of the fort walls. One hall is at the main gate and houses the ticket office, while the others contain a collection of old weapons and arms from different historical periods along with a model of the city in 1820 AD. Traditional musical instruments are also displayed next to a video of folkloric music.

The halls surround a central courtyard. Here you will find a bronze cannon with cannonballs, a well, and various types of boats. In the corner stands a traditional summer house called Arish. The Arish is made entirely from weaved palm fronds. It comprises seating and sleeping areas as well as a kitchen, filled with household furnishings and objects used by the locals in past times. The Arish features the distinct wind tower design, used for air conditioning in the pre-electricity days.

The Galleries
Entrance to the galleries is located at the tower on the south-western corner of the fort. After descending the spiral stairs visitors enter the first gallery, where old maps of Dubai are displayed. Next is the video room, showing a video, updated in 2007, that depicts Dubai from before the discovery of oil in the 1960s to the current day. Below it there is a map that shows the urban scape of the city growing in sync with the timeline of the video.

Life-size dioramas of the pre-oil era await behind the next door. Once they enter, visitors will set foot on the deck of a dhow unloading at the model creek-side souq. Moving ahead they will see the shops filled with craftsmen, vendors and buyers. A tailor, a carpenter, an iron smith, a textile vendor and others line the street. Realistic sounds and life-size videos of craftsmen at work give the impression of a bustling souq.

The street leads to a model mosque, house and family, then turns to the right where it is surrounded by depictions of desert life. A date farm, a camel, wild animals, and a Bedouin tent filled with jewelry, trinkets and objects from the daily life of Bedouins. The walls tell about their knowledge of the stars and how they used it to guide their activities. Next is the largest diorama which is all about the sea, with a huge scene of the building of a dhow, scenes of marine life detailing local species, in addition to a collection of seafaring equipment. The last diorama features an archaeological site in Al Qusais area that goes back to 3000 BC. There are tombs, an excavated skeleton, and an archaeologist. All the way sounds, visual effects and electronic guides accompany the dioramas.

Cabinets filled with archaeological finds from Al Qusais site line the walls next to the excavation scene. Finally, the winding track leads to a gallery displaying finds from other sites and historical eras, like the Umayyad site at Jumeirah. The gift shop is the last stop before a spiral ramp takes you up to the museum's southern exit. 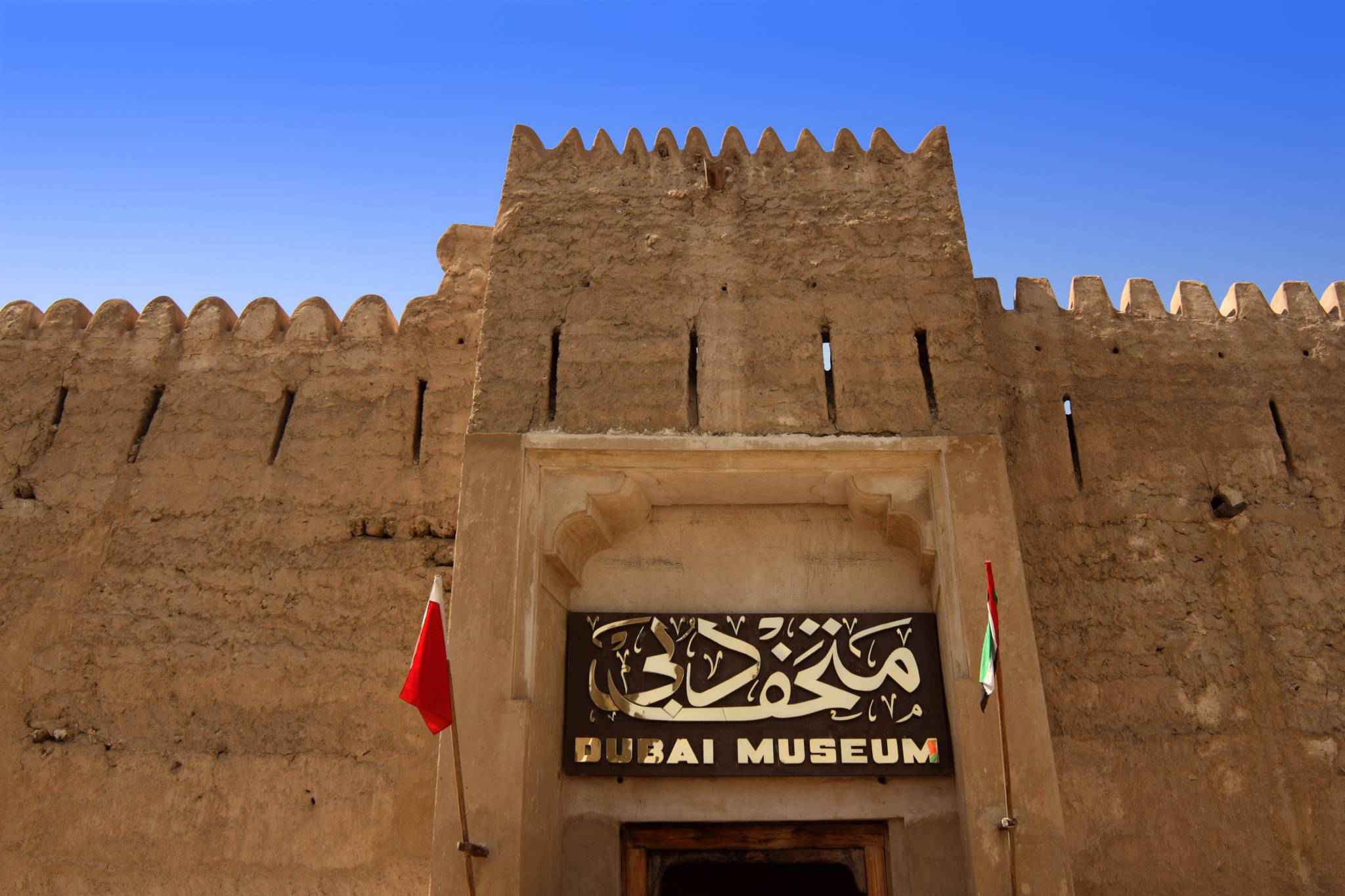