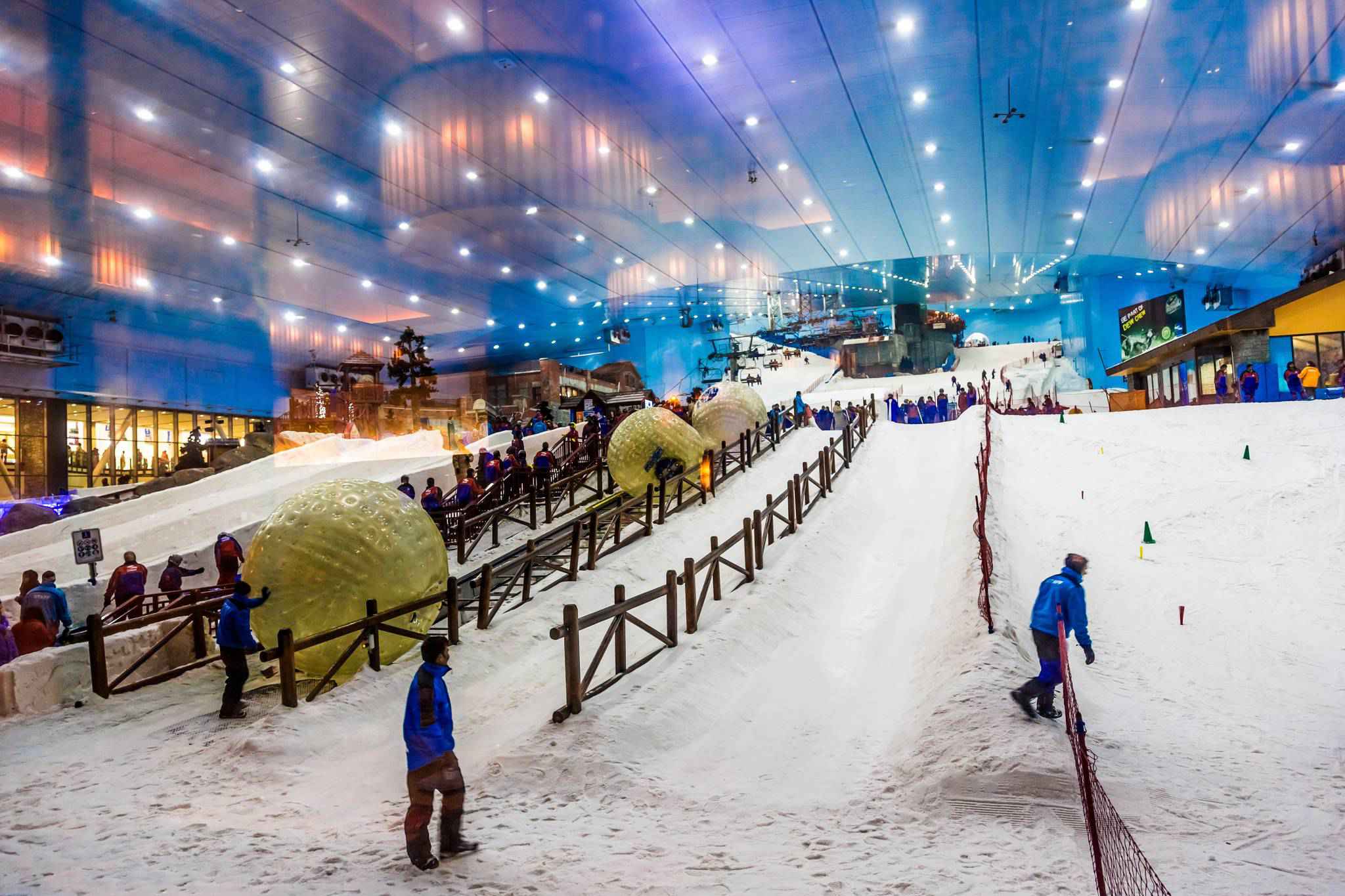 Opened in November 2005, the indoor resort features an 85-metre-high indoor mountain with 5 slopes of varying steepness and difficulty, including a 400-metre-long run, the world's first indoor black diamond run, and various features that are changed on a regular basis. A quad lift and a tow lift carry skiers and snowboarders up the mountain. Adjoining the slopes is a 3,000-square-metre Snow Park play area comprising sled and toboggan runs, an icy body slide, climbing towers, giant snowballs and an ice cave. Ski Dubai also houses a number of penguins who are let out of their enclosures several times a day. Penguin encounters can be booked, allowing the public to interact directly with the penguins. Winter clothing, ski and snowboard equipment are included in the price of admission.

An extremely efficient insulation system helps the facility maintain a temperature of -1 °C (30 °F) during the day and −6 °C (21 °F) at night when the snow is produced.
Ski Dubai is part of the Majid Al Futtaim Group, a Dubai-based developer of shopping malls in the Middle East. 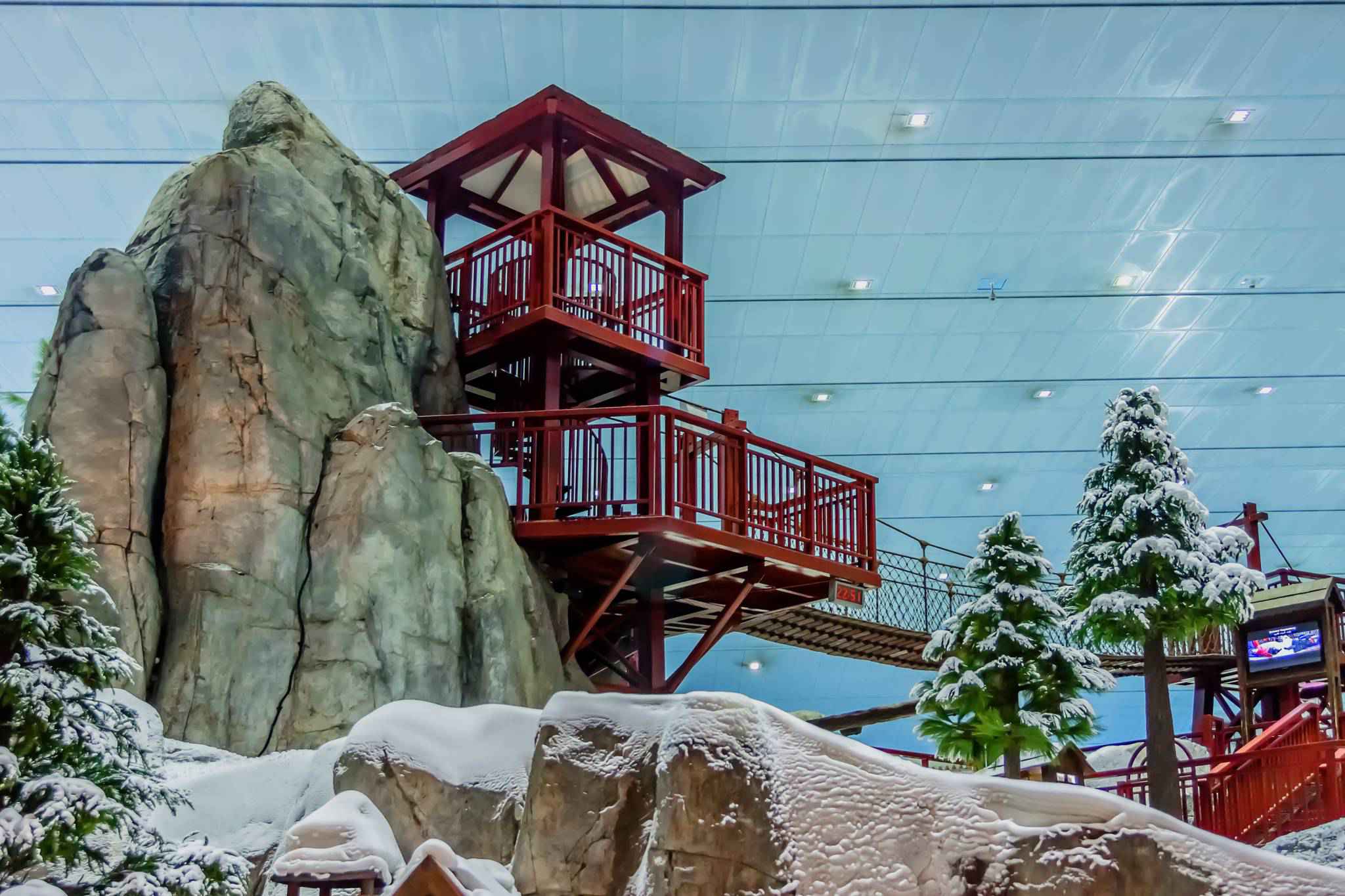