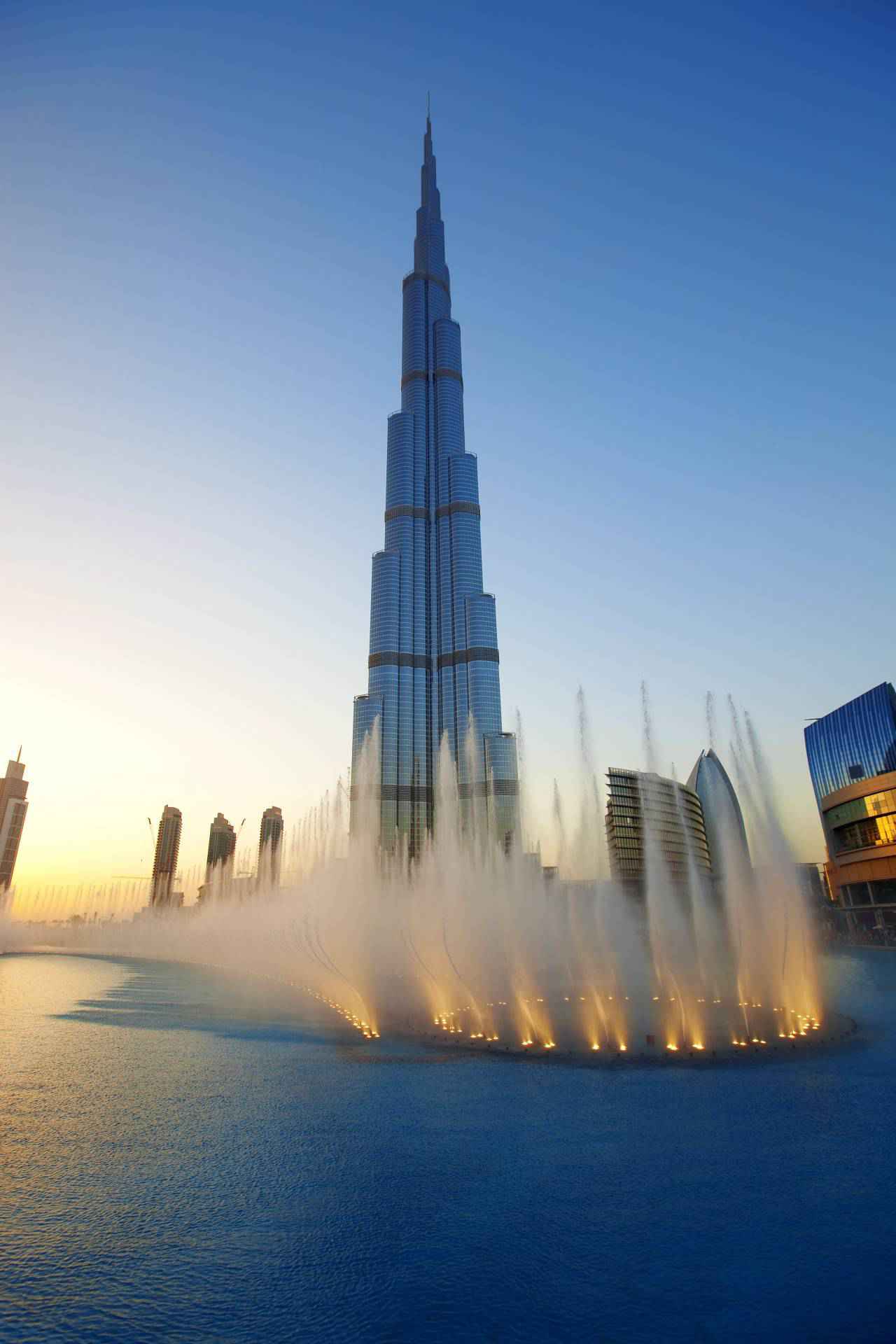 The Dubai Fountain is the world's largest choreographed fountain system set on the 30-acre manmade Burj Khalifa Lake, at the center of the Downtown Dubai development in Dubai, United Arab Emirates. It was designed by WET Design, the California-based company responsible for the fountains at the Bellagio Hotel Lake in Las Vegas. Illuminated by 6,600 lights and 25 colored projectors, it is 275 m long and shoots water up to 500 ft (152.4 m) into the air accompanied by a range of classical to contemporary Arabic and world music. It was built at a cost of AED 800 million (USD $218 million).

The name of the fountain was chosen after a contest organized by the developer Emaar Properties, the result of which was announced on 26 October 2008. Testing of the fountain began in February 2009, and the fountain was officially inaugurated on 8 May 2009 along with the official opening ceremony of The Dubai Mall. On 2 January 2010 the length of Dubai fountains was increased to 275 m (902.2 ft).

Performances
The fountain is animated with performances set to light and music. It is visible from every point on the lake promenade and from many neighboring structures. Performances take place at 1:00 pm and at 1:30 pm as well as every 30 minutes from 6 pm to 10 pm on weekdays, and from 6 pm to 11 pm on weekends (weekends being Thursday, Friday, and Saturday).

All of the fountain's performances are accompanied by music played through speakers around the lake, although sometimes the fountains are operated without music for testing purposes. When performances are viewed from further away, i.e. from surrounding buildings, the music might not be audible. 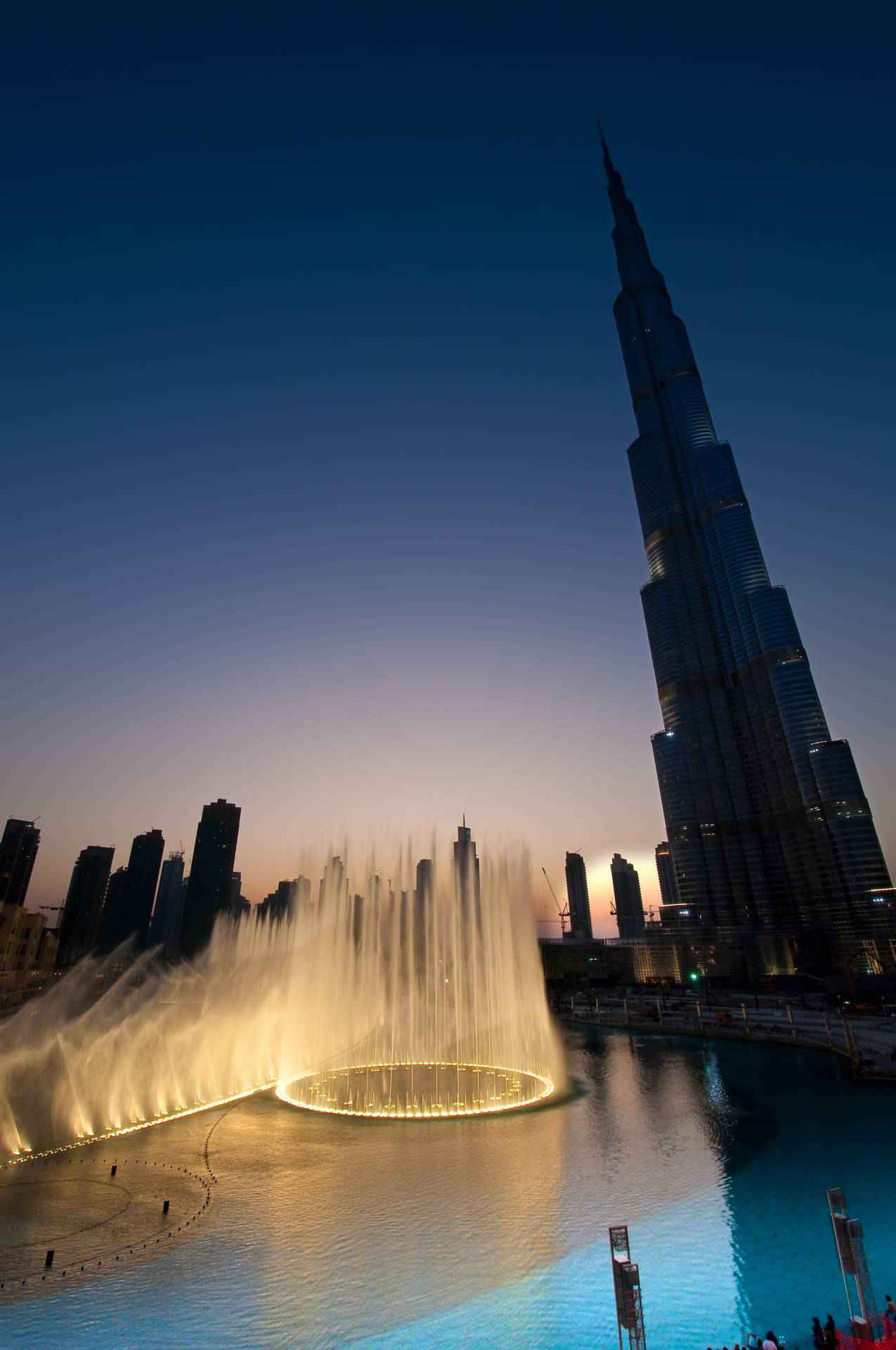