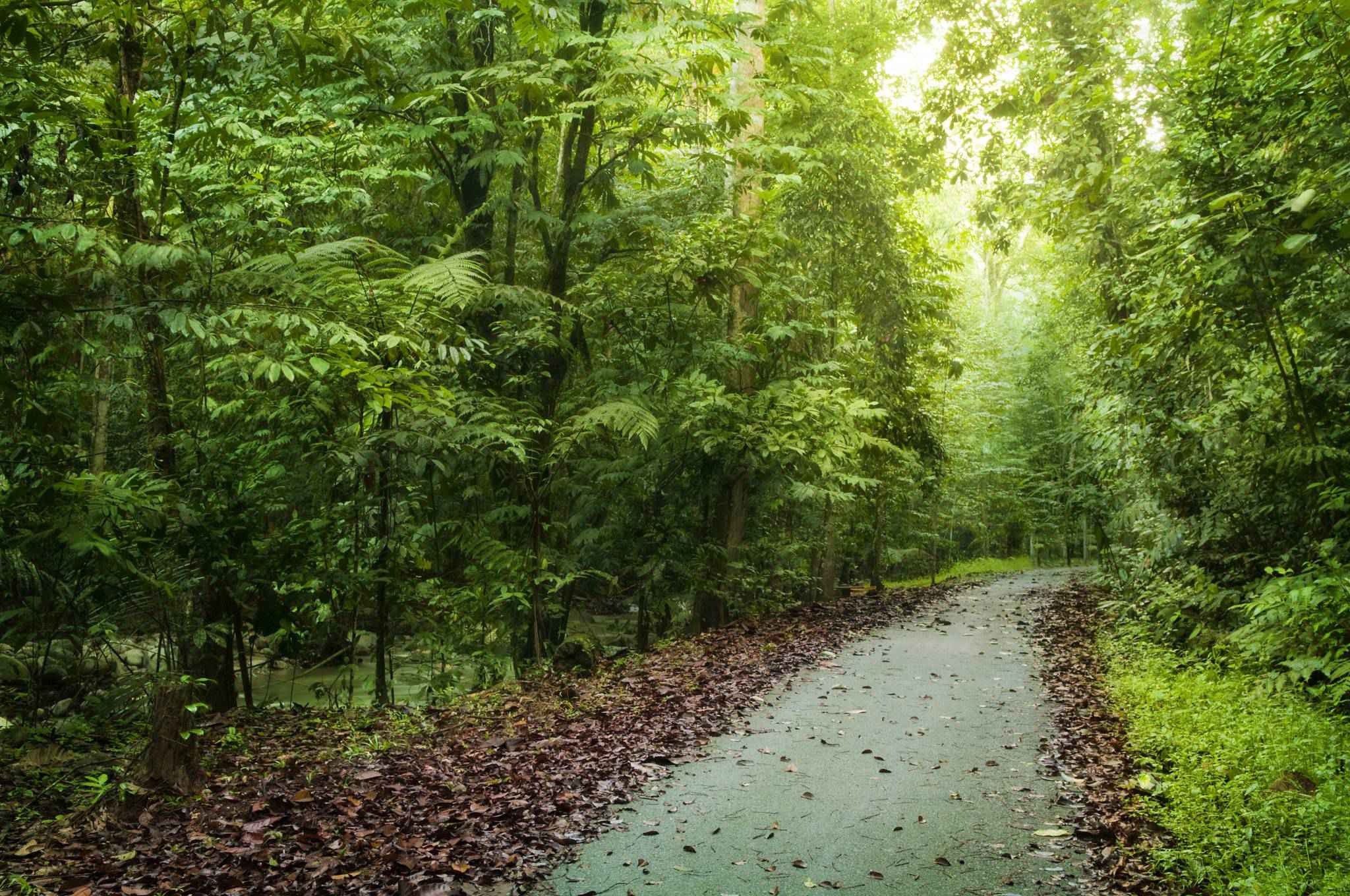 The Selangor State Park is a park located in Gombak District, Selangor, Malaysia. The 914.41 square kilometre park was gazetted on by the state on January 25, 2007. Upon its establishment, it became the second largest park in Peninsular Malaysia with the largest being the Taman Negara.

It is over 108,000 hectares in size and is the third largest park in Peninsular Malaysia.

Role of the Park
Selangor and the Federal Territories of Kuala Lumpur and Putrajaya depend on the Park for their most basic needs of clean air, water and maintenance of the local climatic stability. The Park thus helps to guarantee the quality of life enjoyed by these communities.

Protecting Water Resource
The forests of Taman Negeri Selangor protect and are catchment for water contributing to the upper reaches of all major rivers in Selangor. These rivers are Sungai Bernam, Sungai Selangor, Sungai Klang and Sungai Langat. The Park area also feeds the five water-supply reservoirs that provide 98% of the water supply to Selangor, Kuala Lumpur and Putrajaya. These dams are the Sungai Selangor, Batu, Klang Gates, Langat and Semenyih dams. Ecologically, Taman Negeri Selangor helps to maintain the biodiversity in the river basins and preserve the water quality of the rivers.

Reducing Downstream Floods
The forest cover of Taman Negeri Selangor provides the important ecological function of natural flood mitigation for Selangor, Kuala Lumpur and Putrajaya. The forests absorb moisture through plant roots and sponge up large quantities of rainfall in their organically enriched soil system. Thus, the Park serves in water catchment and also as a natural buffer against flooding that is typically most felt in settlements and population centres farther downstream. The natural forest also helps to reduce soil erosion and sedimentation of the reservoirs.

Protecting Steep Slopes
The majority of the State Park is highland over 300 meters above sea level, with steep slopes greater than 25 degrees. This environmentally sensitive area is particularly vulnerable to soil erosion and landslides. The thick forest, together with the leaf litter and other organic debris, help reduce the direct impact of rain on the soil. The extensive root systems of natural vegetation hold the soil in place.

Biodiversity
The Park area, rich in fauna and flora, is significant in maintaining existing levels of biodiversity resources. The wealth of the biodiversity of the Park also contributes to Malaysia’s classification as one of the mega-biodiversity countries in the world. Documented within the Park are:
much of some 3140 vascular plant species recorded for Selangor are now conserved
114 mammal species have been documented
355 bird species can be found
104 freshwater fish species have been recorded
202 reptilian and amphibian species occur

The Klang Gates Quartz Ridge
Resembling the back of a dragon, the Klang Gates Quartz Ridge is a world-class geological wonder and a key feature of the Selangor State Park. Made up entirely of white milky quartz, it is one of the longest quartz outcrops of its kind in the world, measuring about 14 km long above ground and up to 50 m wide at certain sections. This Ridge can be classified as a geotope, having outstanding geological value. The Ridge is estimated to be 170 million years old. It is located just outside the north-eastern part of Kuala Lumpur, stretching from Taman Seri Gombak to Kampung Kemensah. The Klang Gates Dam was built at a small natural opening (gap) separating the two main stretches of the Ridge, namely Bukit Batu Tabor in the west and Bukit Chondong in the east.