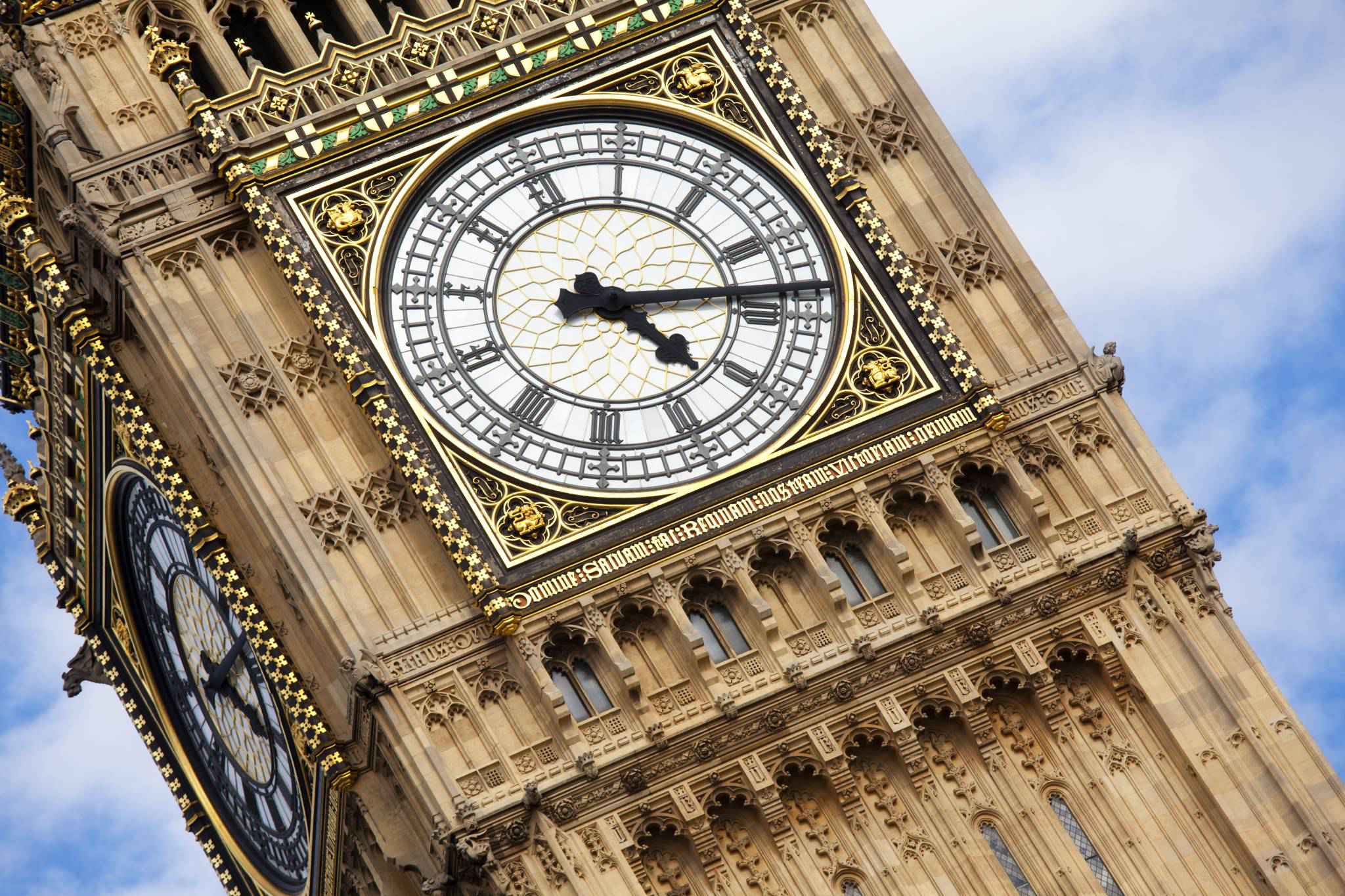 Big Ben is the nickname for the Great Bell of the clock at the north end of the Palace of Westminster in London, and often extended to refer to the clock and the clock tower. The tower is officially known as Elizabeth Tower, renamed to celebrate the Diamond Jubilee of Elizabeth II in 2012; previously it was known simply as the Clock Tower. When completed in 1859, it was, says clockmaker Ian Westworth, “the prince of timekeepers: the biggest, most accurate four-faced striking and chiming clock in the world.”

A British cultural icon, the tower is one of the most prominent symbols of the United Kingdom and is often in the establishing shot of films set in London.

Tower
The Elizabeth Tower, more popularly known as Big Ben, was raised as a part of Charles Barry's design for a new palace, after the old Palace of Westminster was largely destroyed by fire on the night of 16 October 1834. The new parliament was built in a neo-gothic style. Although Barry was the chief architect of the palace, he turned to Augustus Pugin for the design of the clock tower, which resembles earlier Pugin designs, including one for Scarisbrick Hall. The design for the tower was Pugin's last design before his final descent into madness and death, and Pugin himself wrote, at the time of Barry's last visit to him to collect the drawings: "I never worked so hard in my life for Mr Barry for tomorrow I render all the designs for finishing his bell tower & it is beautiful." The tower is designed in Augustus Pugin's celebrated Gothic Revival style, and is 315 feet (96.0 m) high.

Despite being one of the world's most famous tourist attractions, the interior of the tower is not open to overseas visitors, though United Kingdom residents are able to arrange tours (well in advance) through their Member of Parliament. However, the tower currently has no lift, though one is planned, so those escorted must climb the 334 limestone stairs to the top.

Due to changes in ground conditions since construction, the tower leans slightly to the north-west, by roughly 230 millimetres (9.1 in) over 55 m height, giving an inclination of approximately 1/240. This includes a planned maximum of 22 mm increased tilt due to tunnelling for the Jubilee line extension. Due to thermal effects it oscillates annually by a few millimetres east and west.

Clock
Dials
The clock and dials were designed by Augustus Pugin. The clock dials are set in an iron frame 23 feet (7.0 m) in diameter, supporting 312 pieces of opal glass, rather like a stained-glass window. Some of the glass pieces may be removed for inspection of the hands. The surround of the dials is gilded. At the base of each clock dial in gilt letters is the Latin inscription:
DOMINE SALVAM FAC REGINAM NOSTRAM VICTORIAM PRIMAM
Which means O Lord, keep safe our Queen Victoria the First.

Unlike most other Roman numeral clock dials, which show the '4' position as 'IIII', the Great Clock faces depict '4' as 'IV'.

Great Bell
The main bell, officially known as the Great Bell but better known as Big Ben, is the largest bell in the tower and part of the Great Clock of Westminster.

The original bell was a 16 ton (16.3-tonne) hour bell, cast on 6 August 1856 in Stockton-on-Tees by John Warner & Sons. The bell was possibly named in honour of Sir Benjamin Hall, and his name is inscribed on it. However, another theory for the origin of the name is that the bell may have been named after a contemporary heavyweight boxer Benjamin Caunt. It is thought that the bell was originally to be called Victoria or Royal Victoria in honour of Queen Victoria, but that an MP suggested the nickname during a Parliamentary debate; the comment is not recorded in Hansard.

Nickname
The origin of the nickname Big Ben is the subject of some debate. The nickname was applied first to the Great Bell; it may have been named after Sir Benjamin Hall, who oversaw the installation of the Great Bell, or after boxing's English heavyweight champion Benjamin Caunt. Now Big Ben is often used, by extension, to refer to the clock, the tower and the bell collectively, although the nickname is not universally accepted as referring to the clock and tower. Some authors of works about the tower, clock and bell sidestep the issue by using the words Big Ben first in the title, then going on to clarify that the subject of the book is the clock and tower as well as the bell. 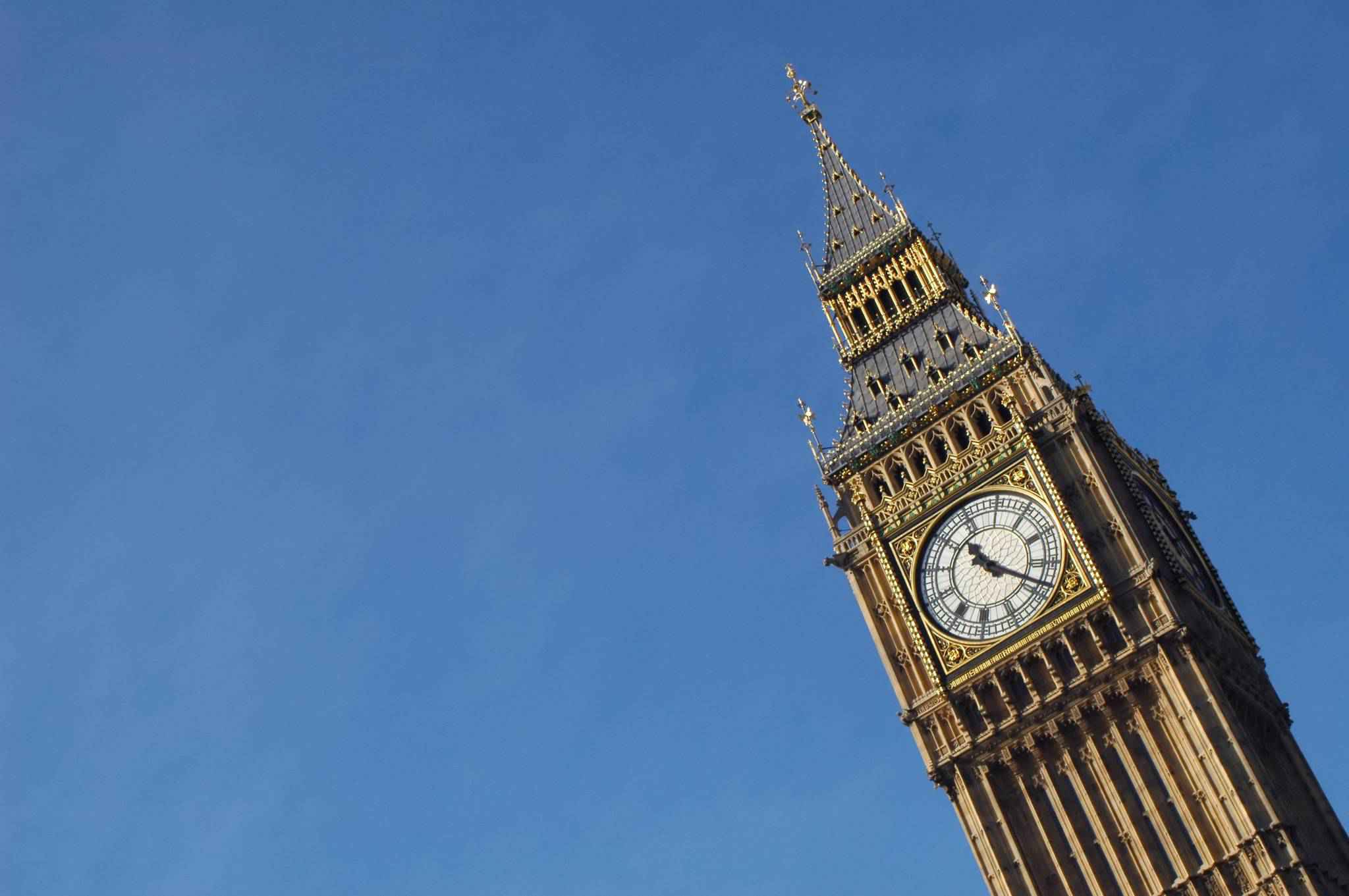