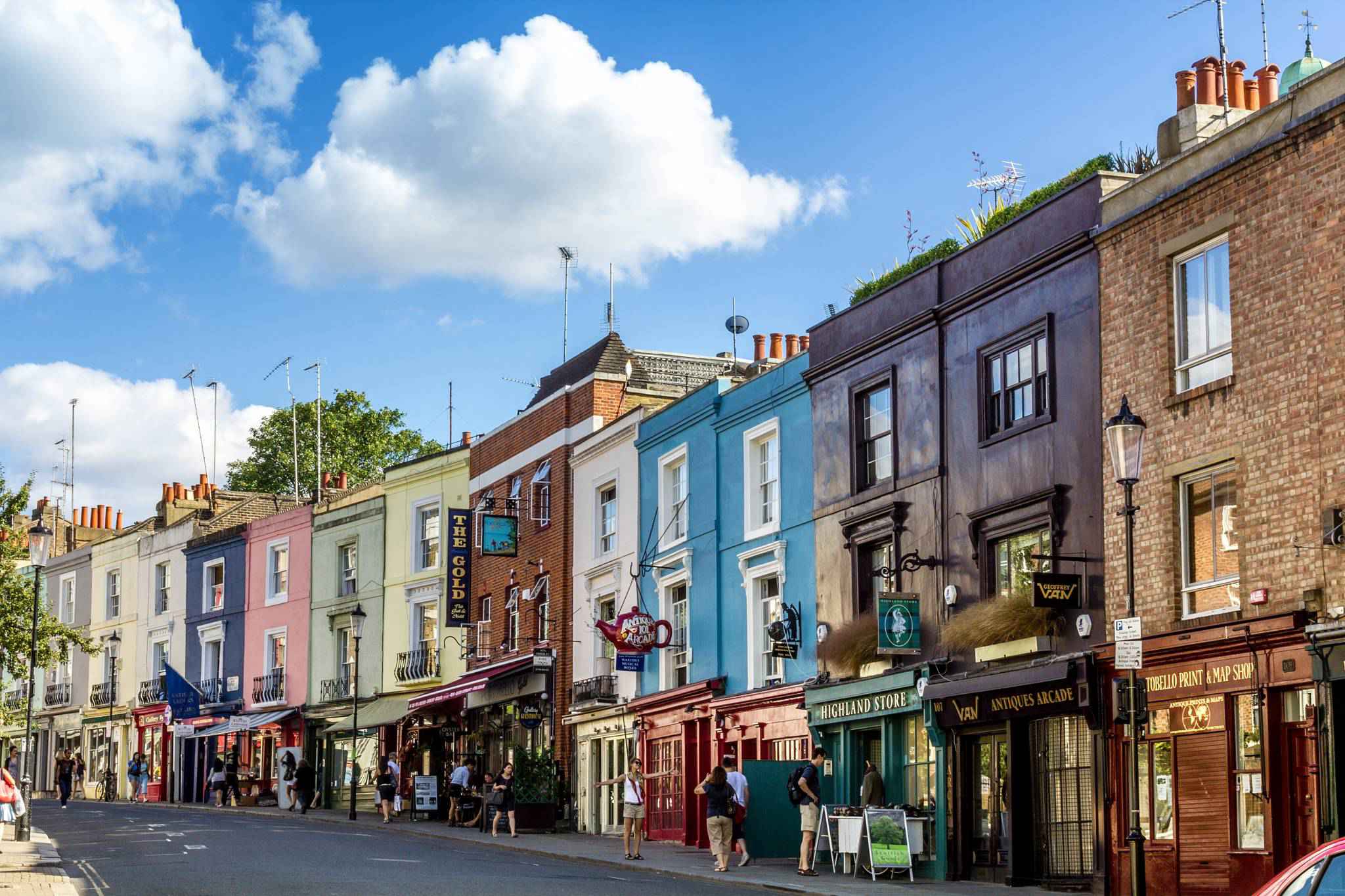 Portobello Road is a street in the Notting Hill district of the Royal Borough of Kensington and Chelsea in west London. It runs almost the length of Notting Hill from south to north, roughly parallel with Ladbroke Grove. On Saturdays it is home to Portobello Road Market, one of London's notable street markets, known for its second-hand clothes and antiques. Every August since 1996, the Portobello Film Festival has been held in locations around Portobello Road.

Portobello Road's distinctiveness does not rely only on its market. A range of communities inhabiting the street and the district contributes to a cosmopolitan and energetic atmosphere, as do the many restaurants and pubs. The architecture plays a part too, as the road meanders and curves gracefully along most of its length, unlike the more formally planned layout of most of the nearby area. Mid- to late-Victorian terrace houses and shops predominate, squeezed tightly into the available space, adding intimacy and a pleasing scale to the streetscape. The Friends of Portobello campaign seeks to preserve the street's unique dynamic, as the potential arrival of big-brand chain stores threatens the locals. Portobello Road is also home to the Grade II* Electric Cinema, one of Britain's oldest cinemas.

Geography
The road descends from 84 feet (25.6 m) above sea level at the northern end, the highest point, to a lowest point of 65 feet (19.8 m), just south of the overpasses, after which the road rises and falls before reaching a high point of 78 feet (23.8 m) at the southern end. The average grade of ascent or descent between the northern end and the lowest point is about 1.77 percent.

Portobello Road Market
Portobello Road Market draws tourists. The main market day for antiques is Saturday. However, there are also fruit and vegetable stalls in the market, which trade throughout the week and are located further north than the antiques, near the Westway Flyover.

The market began as a fresh-food market in the 19th century; antiques dealers arrived in the late 1940s and '50s, and now have a substantial number of them trading mainly on Saturday mornings. It is the largest antiques market in the UK.

The market section of Portobello Road runs in a direction generally between the north-northwest and the south-south-east. The northern terminus is at Golborne Road; the southern end is at Westbourne Grove, to the east. The market area is about 1,028 yards (940 m) long.

About one third of the way from its north end, the market runs beneath adjacent bridges of the A40 road and the Hammersmith & City line of the London Underground. Here the market focuses on second hand clothes as well as trendy couture.