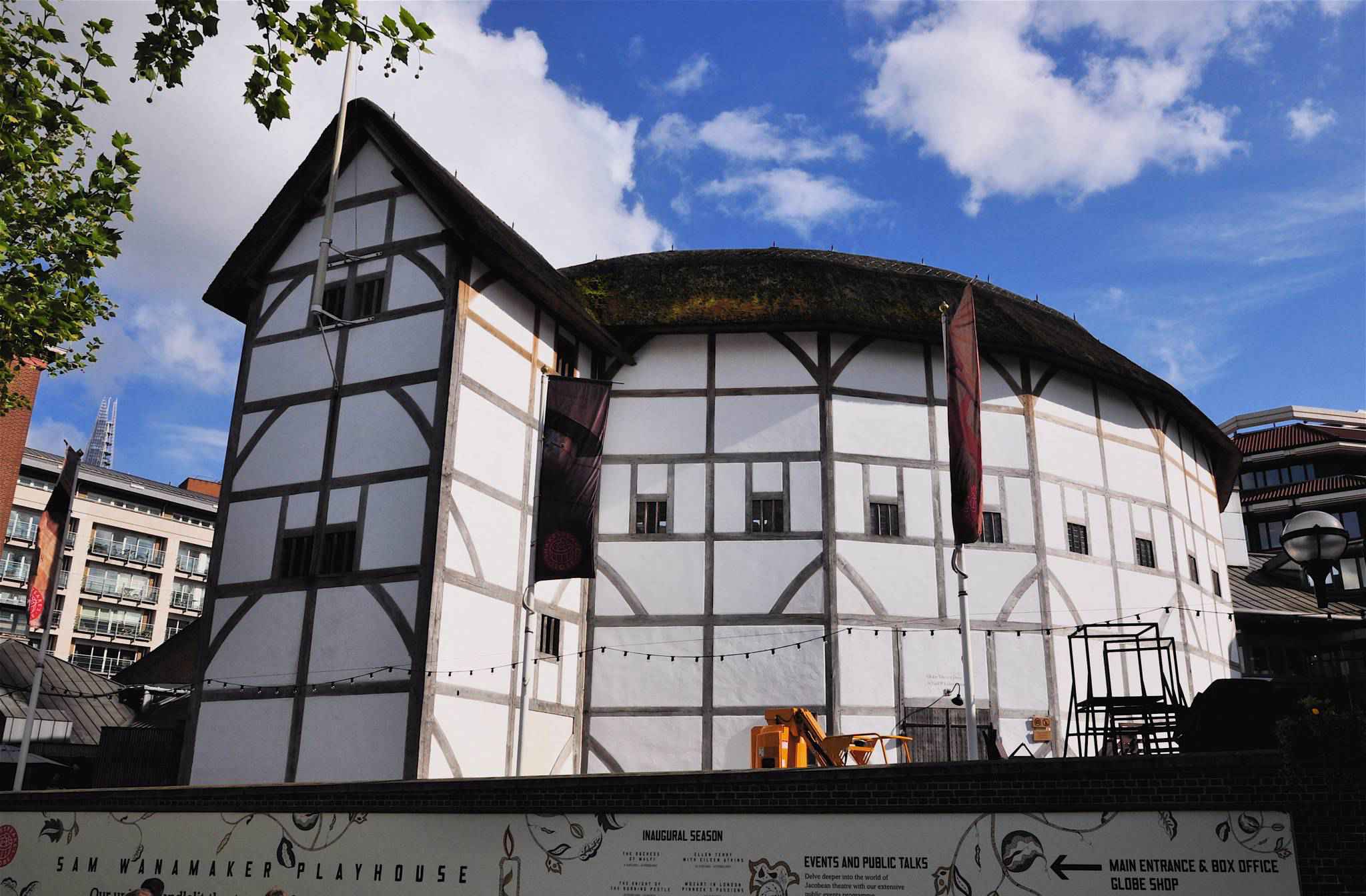 Shakespeare's Globe is the complex housing a reconstruction of the Globe Theatre, an Elizabethan playhouse associated with William Shakespeare, in the London Borough of Southwark, on the south bank of the River Thames. The original theatre was built in 1599, destroyed by fire in 1613, rebuilt in 1614, and then demolished in 1644. The modern Globe Theatre reconstruction is an academic approximation based on available evidence of the 1599 and 1614 buildings. It is considered quite realistic, though contemporary safety requirements mean that it accommodates only 1400 spectators compared to the original theatre’s 3000. It was founded by the actor and director Sam Wanamaker, built about 230 metres from the site of the original theatre and opened to the public in 1997, with a production of Henry V. The site also includes the Sam Wanamaker Playhouse, an indoor theatre which opened in January 2014. This is a smaller, candle-lit space based on the indoor playhouses of Jacobean London. The Sackler Studios, an educational and rehearsal studio complex, is situated just around the corner from the main site. There is also an exhibition about Shakespeare's life and work, and regular tours of the two theatres.

The theatre opened in 1997 under the name "Shakespeare's Globe Theatre", and has staged plays every summer.

The theatre is located on Bankside, about 230 metres (750 ft) from the original site—measured from centre to centre. The Thames was much wider in Shakespeare's time and the original Globe was on the riverbank, though that site is now far from the river, and the river-side site for the reconstructed Globe was chosen to recreate the atmosphere of the original theatre. In addition, listed Georgian townhouses now occupy part of the original site and could not be considered for removal. Like the original Globe, the modern theatre has a thrust stage that projects into a large circular yard surrounded by three tiers of raked seating. The only covered parts of the amphitheatre are the stage and the seating areas. Plays are staged during the summer, usually between May and the first week of October; in the winter, the theatre is used for educational purposes. Tours are available all year round. Some productions are filmed and released to cinemas as Globe on Screen productions (usually in the year following the live production), and on DVD.
The reconstruction was carefully researched so that the new building would be as faithful a replica of the original as possible. This was aided by the discovery of the remains of the original Rose Theatre, a nearby neighbour to the Globe, as final plans were being made for the site and structure.

The building itself is constructed entirely of English oak, with mortise and tenon joints and is, in this sense, an "authentic" 16th century timber-framed building, as no structural steel was used. The seats are simple benches (though cushions can be hired for performances) and the Globe has the first and only thatched roof permitted in London since the Great Fire of 1666. The modern thatch is well protected by fire retardants, and sprinklers on the roof ensure further protection against fire. The pit has a concrete surface, as opposed to earthen-ground covered with strewn rush from the original theatre. The theatre has extensive backstage support areas for actors and musicians, and is attached to a modern lobby, restaurant, gift shop and visitor centre. Seating capacity is 857 with an additional 700 "Groundlings" standing in the yard, making up an audience about half the size of a typical audience in Shakespeare's time. 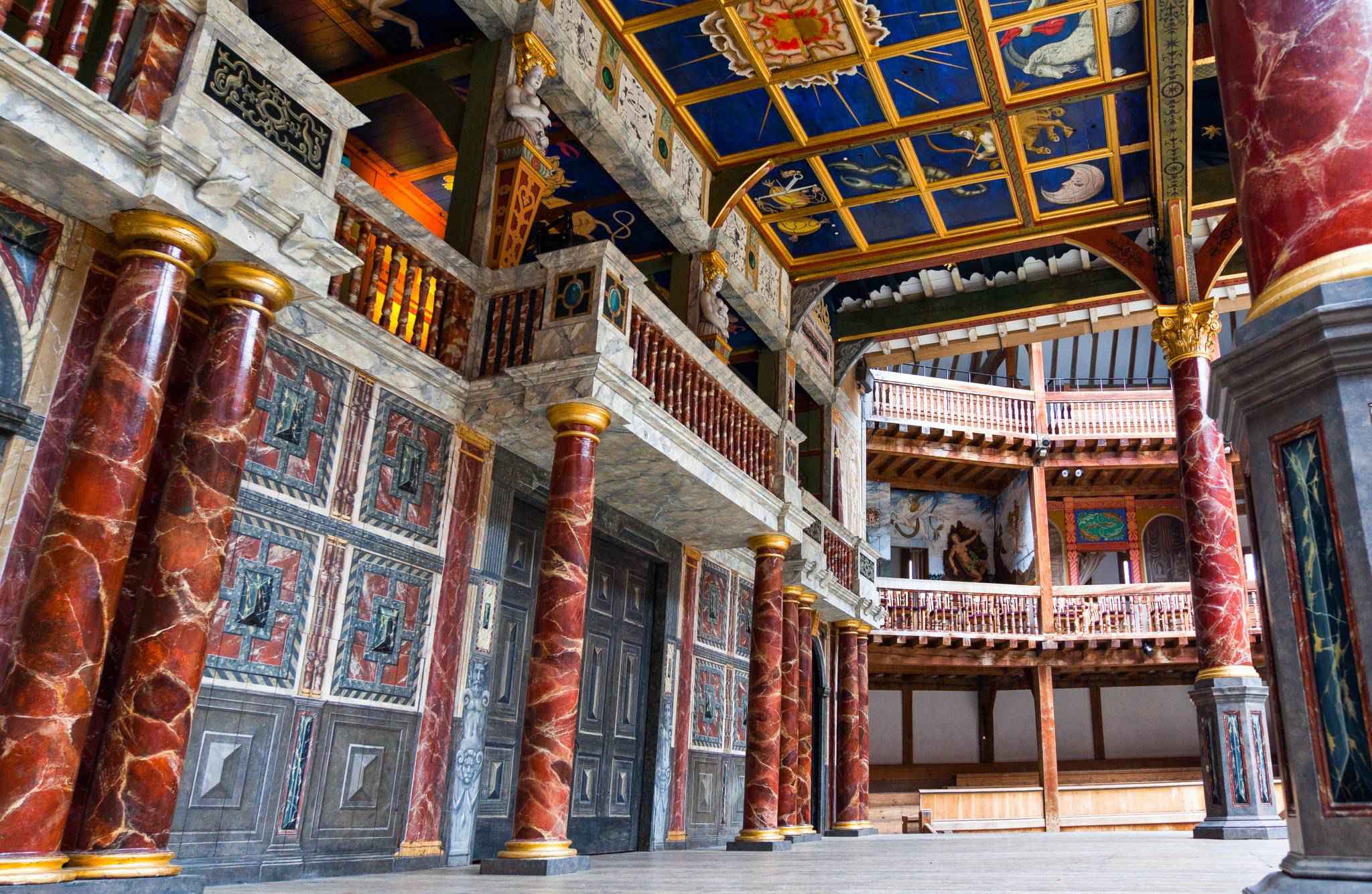