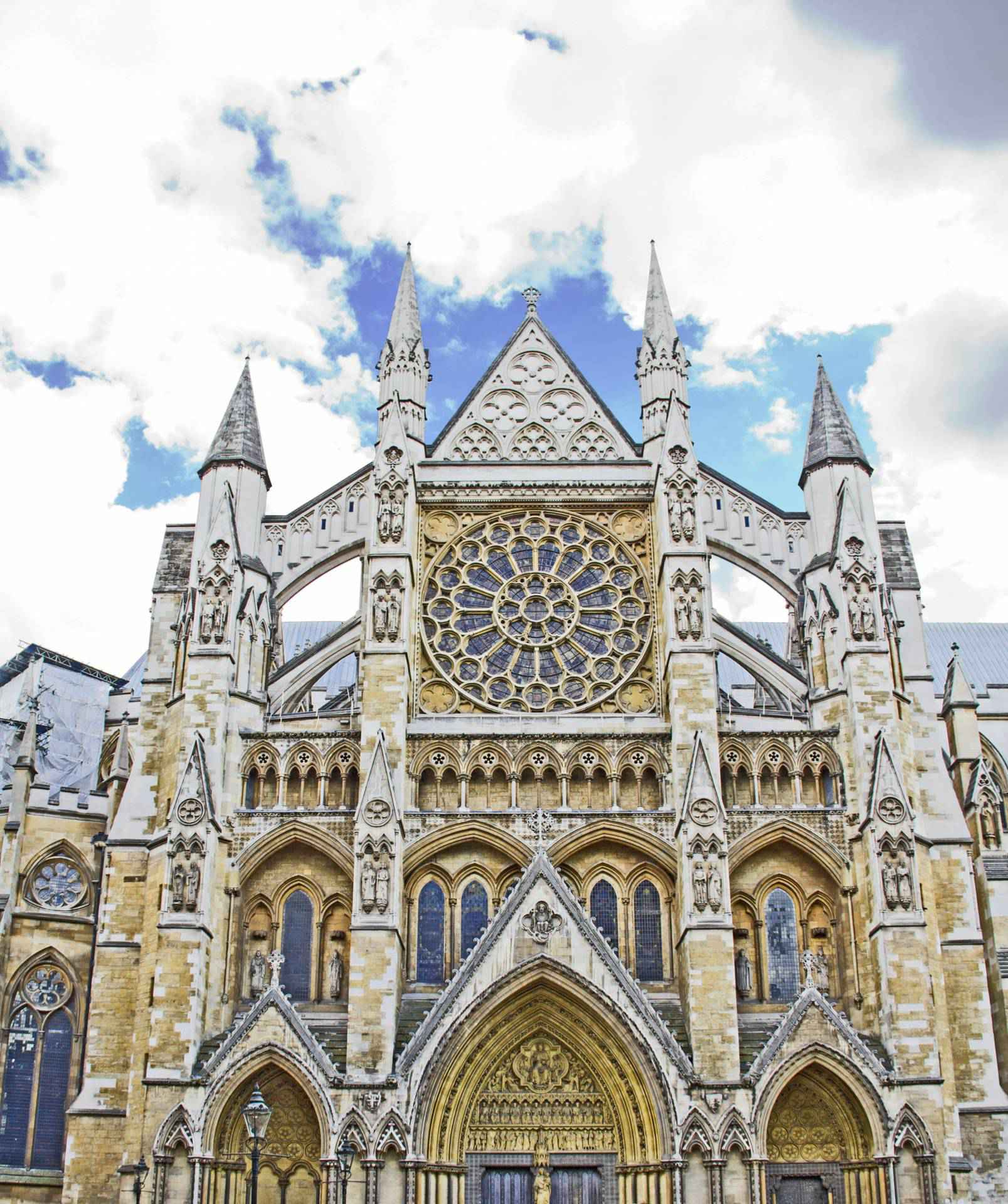 Westminster Abbey, formally titled the Collegiate Church of St Peter at Westminster, is a large, mainly Gothic abbey church in the City of Westminster, London, just to the west of the Palace of Westminster. It is one of the United Kingdom's most notable religious buildings and the traditional place of coronation and burial site for English and, later, British monarchs. Between 1540 and 1556, the abbey had the status of a cathedral. Since 1560, however, the building is no longer an abbey nor a cathedral, having instead the status of a Church of England "Royal Peculiar"—a church responsible directly to the sovereign. The building itself is the original abbey church.

According to a tradition first reported by Sulcard in about 1080, a church was founded at the site in the 7th century, at the time of Mellitus, a Bishop of London. Construction of the present church began in 1245, on the orders of King Henry III.

Since 1066, when Harold Godwinson and William the Conqueror were crowned, the coronations of English and British monarchs have been held there. There have been at least 16 royal weddings at the abbey since 1100. Two were of reigning monarchs (Henry I and Richard II), although, before 1919, there had been none for some 500 years.

Burials and memorials
Henry III rebuilt the abbey in honour of a royal saint, Edward the Confessor, whose relics were placed in a shrine in the sanctuary. Henry III himself was interred nearby, as were many of the Plantagenet kings of England, their wives and other relatives. Until the death of George II of Great Britain in 1760, most kings and queens were buried in the abbey, some notable exceptions being Henry VI, Edward IV, Henry VIII and Charles I who are buried in St George's Chapel at Windsor Castle. Other exceptions include Richard III, now buried at Leicester Cathedral, and the de facto queen Lady Jane Grey, buried in the chapel of St Peter ad Vincula in the Tower of London. Most monarchs and royals who died after 1760 are buried either in St George's Chapel or at Frogmore to the east of Windsor Castle.

From the Middle Ages, aristocrats were buried inside chapels, while monks and other people associated with the abbey were buried in the cloisters and other areas. One of these was Geoffrey Chaucer, who was buried here as he had apartments in the abbey where he was employed as master of the King's Works. Other poets, writers and musicians were buried or memorialised around Chaucer in what became known as Poets' Corner. Abbey musicians such as Henry Purcell were also buried in their place of work.

Subsequently, it became one of Britain's most significant honours to be buried or commemorated in the abbey. The practice of burying national figures in the abbey began under Oliver Cromwell with the burial of Admiral Robert Blake in 1657. The practice spread to include generals, admirals, politicians, doctors and scientists such as Isaac Newton, buried on 4 April 1727, and Charles Darwin, buried 26 April 1882. Another was William Wilberforce who led the movement to abolish slavery in the United Kingdom and the Plantations, buried on 3 August 1833. Wilberforce was buried in the north transept, close to his friend, the former Prime Minister, William Pitt.

Museum
The Westminster Abbey Museum is located in the 11th-century vaulted undercroft beneath the former monks' dormitory in Westminster Abbey. This is one of the oldest areas of the abbey, dating back almost to the foundation of the church by Edward the Confessor in 1065. This space has been used as a museum since 1908.

Exhibits
The exhibits include a collection of royal and other funeral effigies (funeral saddle, helm and shield of Henry V), together with other treasures, including some panels of mediaeval glass, 12th-century sculpture fragments, Mary II's coronation chair and replicas of the coronation regalia, and historic effigies of Edward III, Henry VII and his queen, Elizabeth of York, Charles II, William III, Mary II and Queen Anne.

Later wax effigies include a likeness of Horatio, Viscount Nelson, wearing some of his own clothes and another of Prime Minister William Pitt, Earl of Chatham, modelled by the American-born sculptor Patience Wright. During recent conservation of Elizabeth I's effigy, a unique corset dating from 1603 was found on the figure and is now displayed separately.

A recent addition to the exhibition is the late 13th-century Westminster Retable, England's oldest altarpiece, which was most probably designed for the high altar of the abbey. Although it has been damaged in past centuries, the panel has been expertly cleaned and conserved. 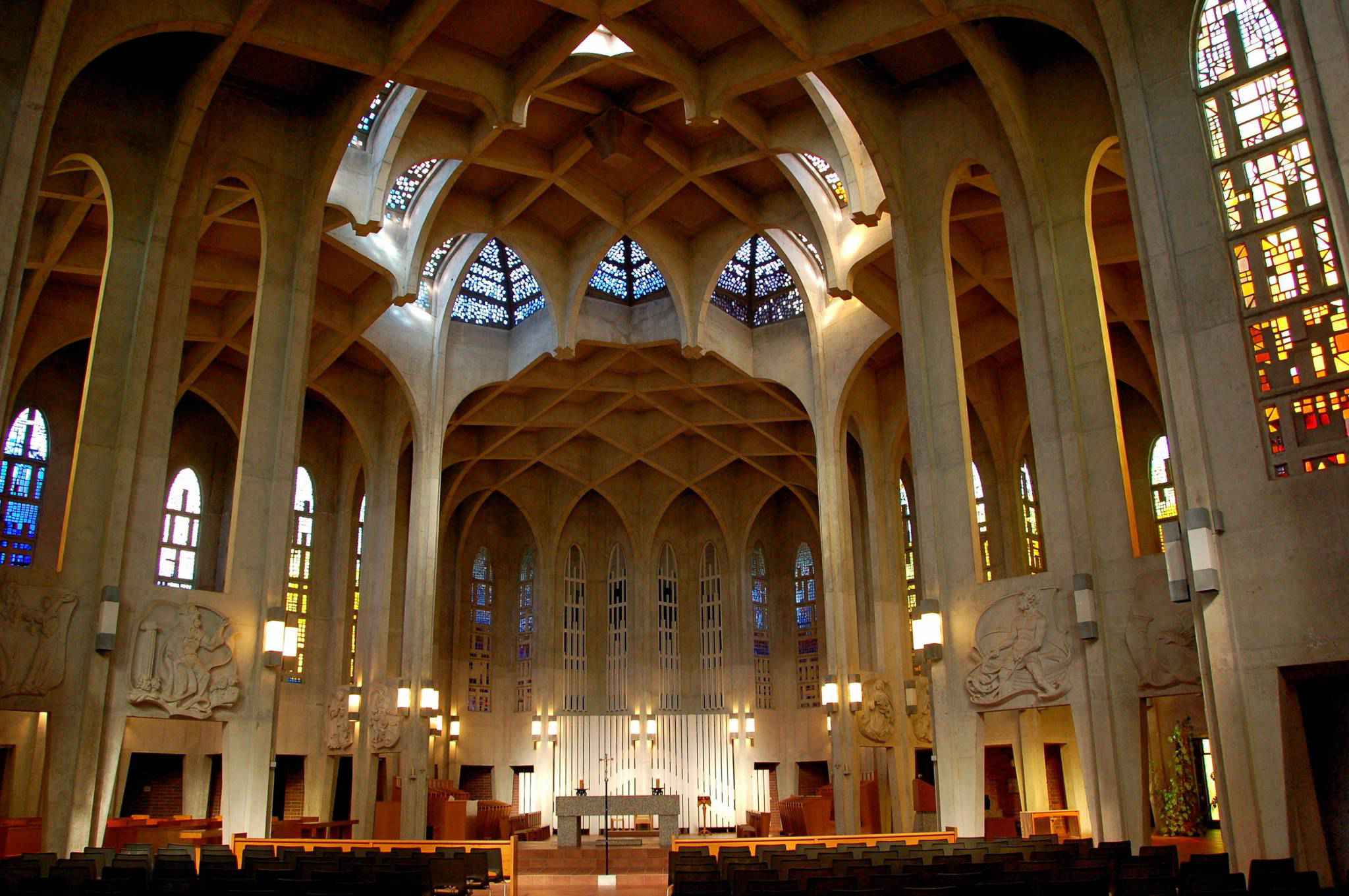