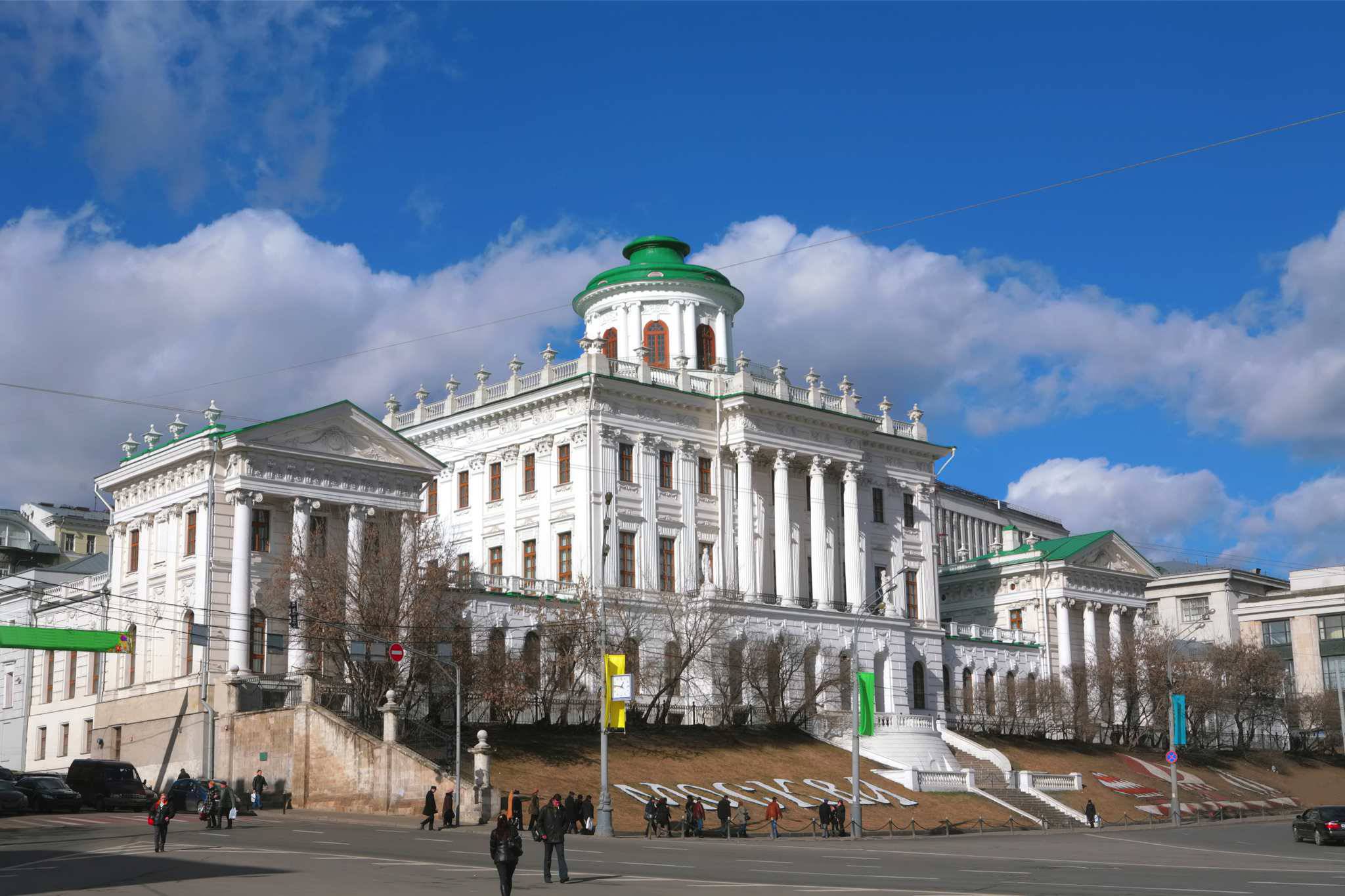 History
The library was founded on July 1, 1862, as Moscow's first free public library named The Library of the Moscow Public Museum and Rumiantsev Museum, or The Rumiantsev Library. The Rumiantsev Museum part of the complex was Moscow's first public museum, and housed the Art collection of count Nikolai Petrovich Rumyantsev, which had been given to the Russian people and transferred from St. Petersburg to Moscow. Its donation covered above all books and manuscripts as well as an extensive numismatic and an ethnographic collection. These, as well as approximately 200 paintings and more than 20,000 prints, which had been selected from the collection of the Hermitage in St. Petersburg, could be seen in the so-called Pashkov House (a palace, established between 1784 and 1787, in the proximity of the Kremlin). Tsar Alexander II of Russia donated the painting The Appearance of Christ before the People by Alexander Andreyevich Ivanov for the opening of the museum.

The Moscow citizens, deeply impressed by the count's altruistic donation, named the new museum after its founder and had the inscription "from count Rumyantsev for the good Enlightenment" carved above its entrance. In the subsequent years the collection of the museum grew by numerous further donations of objects and money, so that the museum soon housed a yet more important collection of Western European paintings, an extensive antique collection and a large collection of icons. Indeed, the collection grew so much that soon the premises of the Pashkov House became insufficient, and a second building was built beside the museum shortly after the turn of the century to house the paintings in particular.

After the October Revolution the contents again grew enormously, and again lack of space became an urgent problem. Acute financial problems also arose, for most of the money to finance the Museum flowed into the Pushkin Museum, which had only been finished a few years before and was assuming the Rumyantsev Museum's role. Therefore it was decided in 1925 to dissolve the Rumyantsev Museum and to spread its collections over other museums and institutions in the country. Part of the collections, in particular the Western European art and antiques, were thus transferred to the Pushkin Museum. Pashkov House (at 3 Mokhovaya Street) was renamed the Old Building of the Russian State Library. The old state archive building on the corner of Mokhovaya and Vozdvizhenka Streets was razed and replaced by the new buildings.

In 1925 the complex was renamed the V. I. Lenin State Library of the USSR, and remained so until 1992 when it was given its present name. Between 1922 and 1991 at least one copy of every book published in the USSR was deposited with the library; and similar practice holds currently, with the library being designated by law as a place to hold a "mandatory" copy of every publication issued in Russia.

At the present behind the scenes of the Russian State Library is over 275 km of shelves, number of items reach 42 million, including over 17 million books and serial volumes, 13 million journals, 350 thousands music scores and sound records, 150,000 maps and others. There are items in 247 languages of the world, the foreign part being about 29 percent of the entire collection. 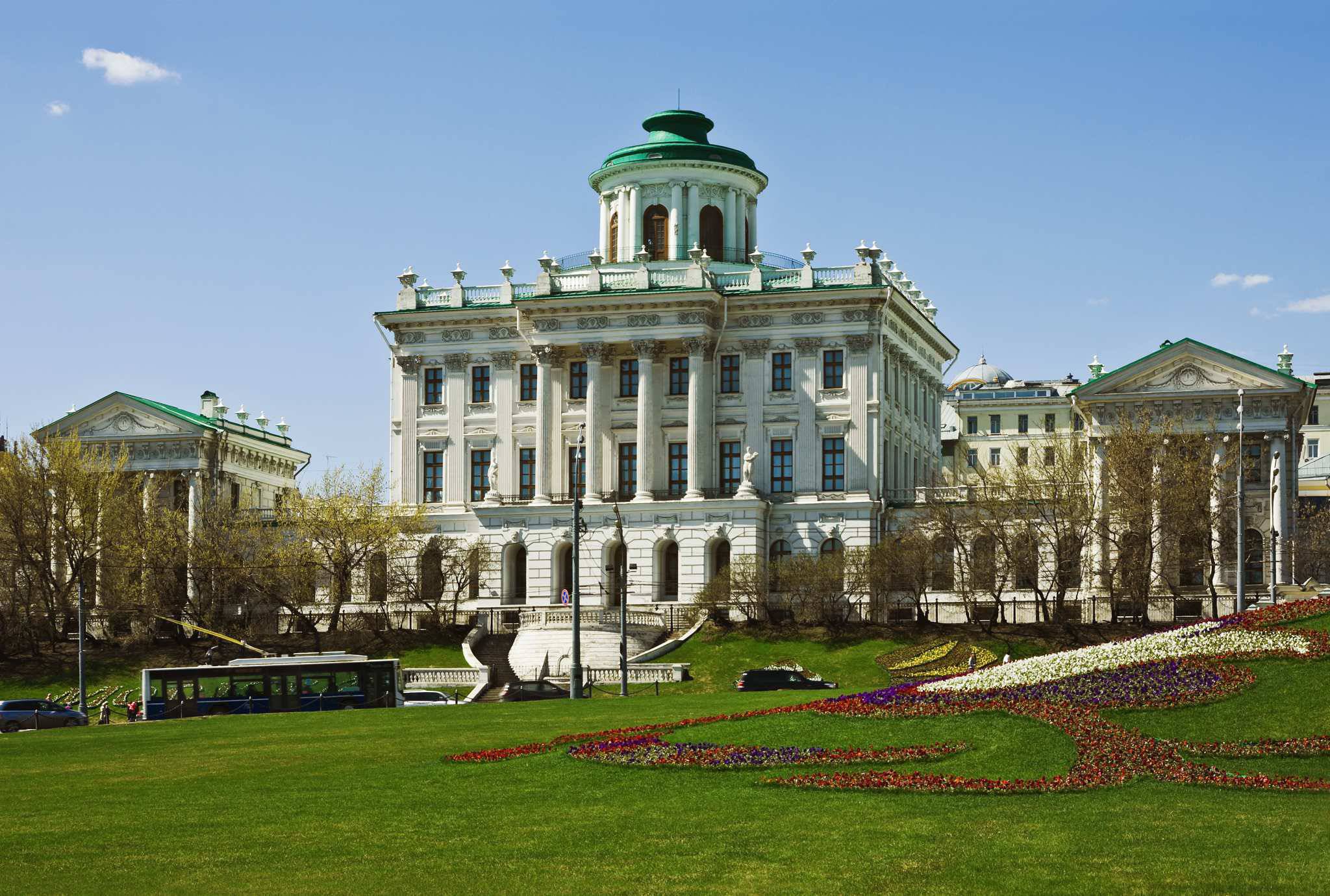