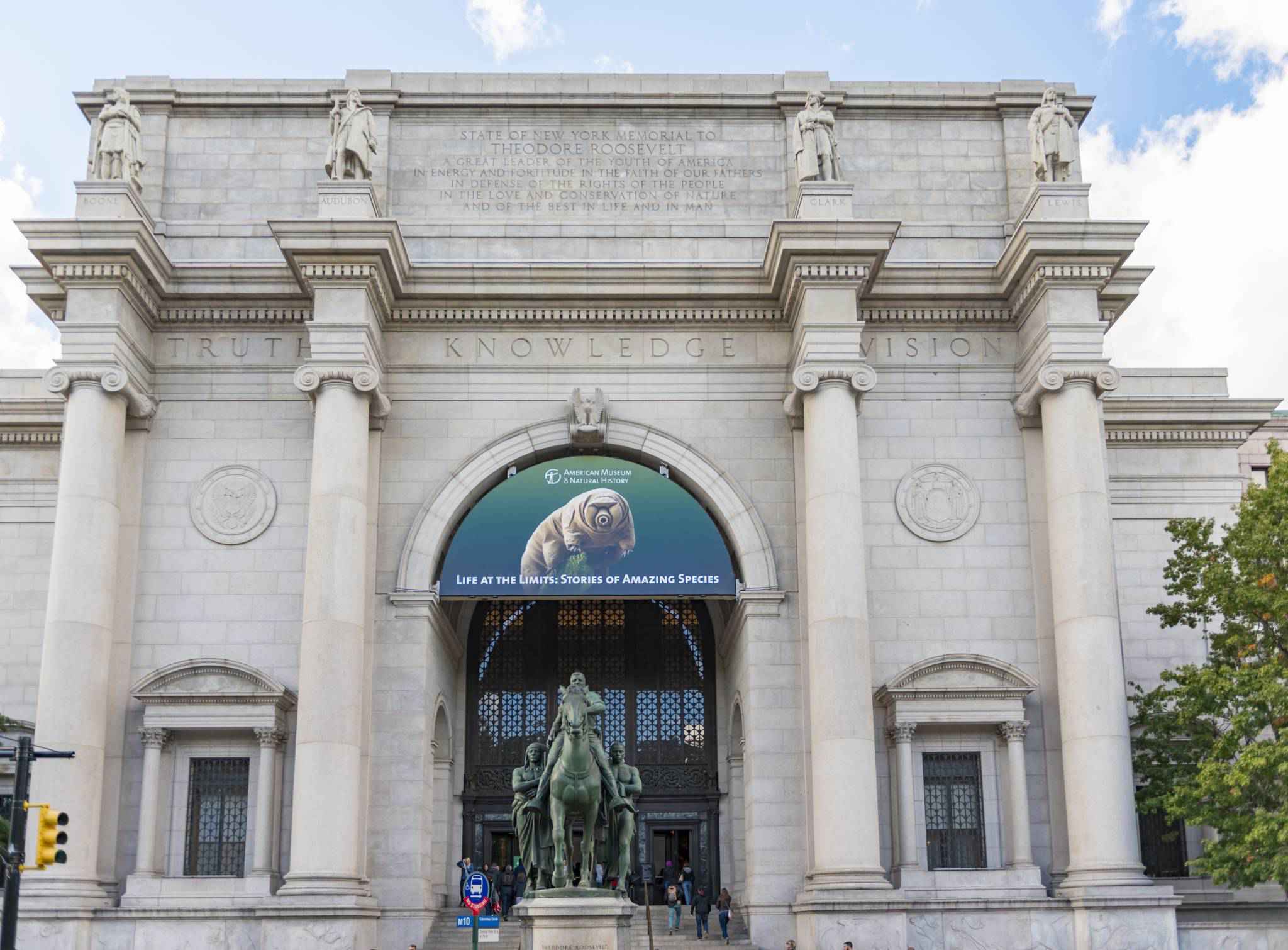 The American Museum of Natural History , located on the Upper West Side of Manhattan, New York City, is one of the largest museums in the world. Located in park-like grounds across the street from Central Park, the museum complex comprises 28 interconnected buildings housing 45 permanent exhibition halls, in addition to a planetarium and a library. The museum collections contain over 33 million specimens of plants, animals, fossils, minerals, rocks, meteorites, human remains, and human cultural artifacts, of which only a small fraction can be displayed at any given time, and occupies more than 2,000,000 square feet (190,000 m2). The museum has a full-time scientific staff of 225, sponsors over 120 special field expeditions each year, and averages about five million visits annually.

The one mission statement of the American Museum of Natural History is: "To discover, interpret, and disseminate—through scientific research and education—knowledge about human cultures, the natural world, and the universe."

Akeley Hall of African Mammals
Named after taxidermist Carl Akeley, the Akeley Hall of African Mammals is a two-story hall located directly behind the Theodore Roosevelt rotunda. Its 28 dioramas depict in meticulous detail the great range of ecosystems found in Africa and the mammals endemic to them. The centerpiece of the hall is a pack of eight African elephants in a characteristic 'alarmed' formation. Though the mammals are typically the main feature in the dioramas, birds and flora of the regions are occasionally featured as well. In the 80 years since Akeley Hall’s creation, many of the species within have become endangered, some critically, and the locations deforested. Despite this, none of the species are yet extinct, in part thanks to the work of Carl Akeley himself (see Virunga National Park). The hall connects to the Hall of African Peoples.

Hall of Asian Mammals
The Hall of Asian Mammals, sometimes referred to as the Vernay-Faunthorpe Hall of Asian Mammals, is a one story hall located directly to the left of the Theodore Roosevelt Rotunda. It contains 8 complete dioramas, 4 partial dioramas, and 6 habitat groups of mammals and locations from India, Nepal, Burma, and Malaysia. The hall opened in 1930 and, similar to Akeley Hall, is centered around 2 Asian elephants. At one point, a giant panda and Siberian tiger were also part of the Hall's collection, originally intended to be part of an adjoining Hall of North Asian Mammals (planned in the current location of Stout Hall of Asian Peoples). These specimens can currently be seen in the Hall of Biodiversity.

New World mammals
The Bernard Family Hall of North American Mammals features 43 dioramas of various mammals of the American continent, north of tropical Mexico. Each diorama places focus on a particular species, ranging from the largest megafauna to the smaller rodents and carnivorans. Notable dioramas include the Alaskan brown bears, a pair of wolves, a Sonoran jaguar, and dueling bull moose.

The Hall of North American Mammals opened in 1942 with only ten dioramas, including those of the larger North American mammals. In 1948, the wolf diorama was installed, but further progress on the hall was halted as World War 2 broke out. After the war the hall ceased completion in 1954. Since that time, the hall had remained the much the same and the majority of the mounts were weathering and bleaching. A massive restoration project began in late 2011 due to a large donation from Jill and Lewis Bernard. Taxidermists were brought in to clean the mounts and skins and artists restored the diorama backdrops. In October 2012 the hall was reopened as the Bernard Hall of North American Mammals and included scientifically-updated signage for each diorama. 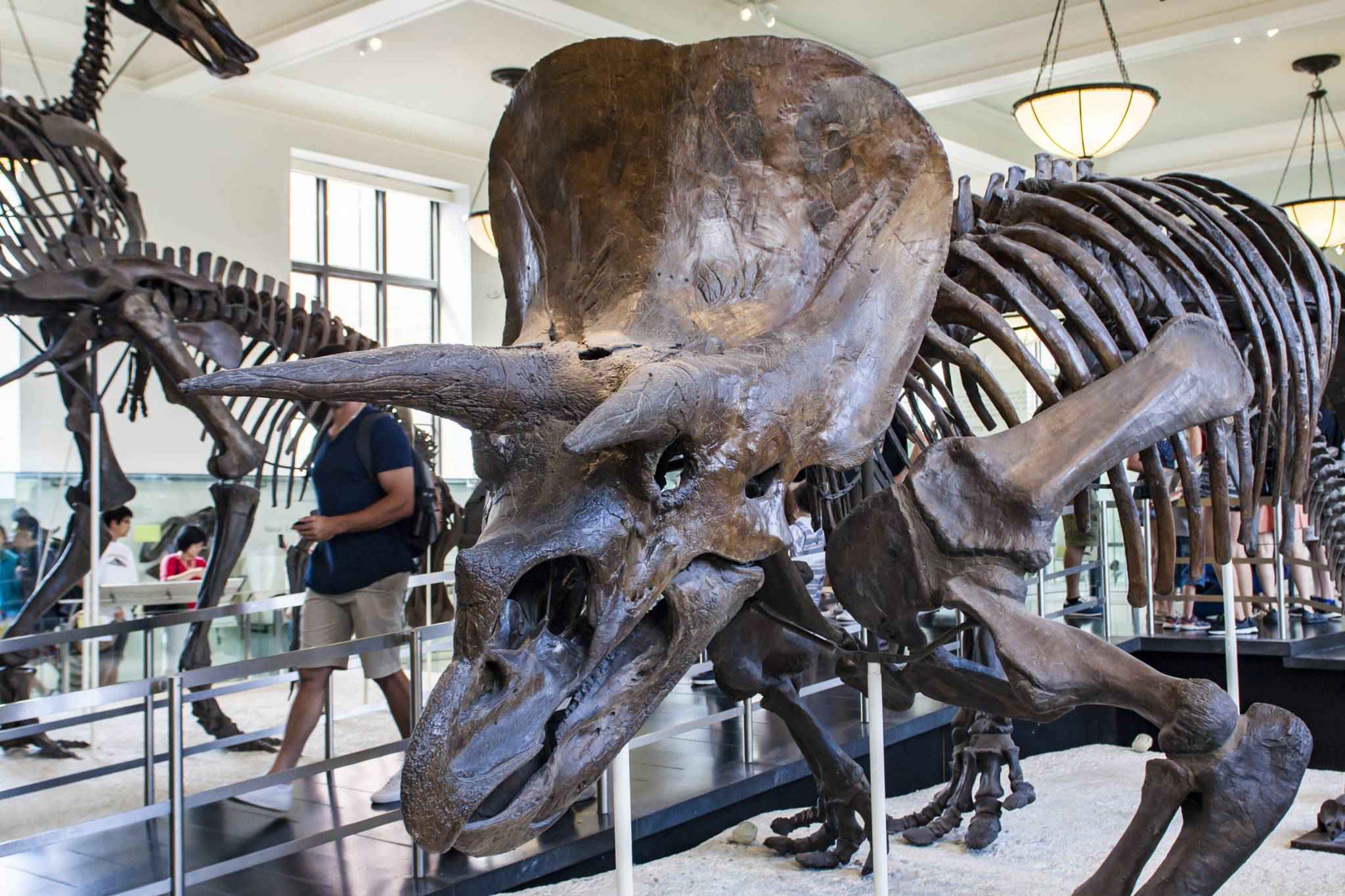