Battery Park City is a mainly residential 92-acre planned community at the southwestern tip of the island of Manhattan in New York City, New York, United States, more than  1⁄3 of which is parkland. The land in Lower Manhattan upon which it stands was created by land reclamation on the Hudson River using over 3 million cubic yards of soil and rock excavated during the construction of the World Trade Center, the New York City Water Tunnel, and certain other construction projects, as well as from sand dredged from New York Harbor off Staten Island. The neighborhood, which is the site of Brookfield Place (formerly the World Financial Center), along with numerous buildings designed for housing, commercial, and retail, is named for adjacent Battery Park.

Battery Park City is bounded on the east by West Street, which separates the area from the Financial District of lower Manhattan. To the west, north, and south, the area is surrounded by the Hudson River.

The development consists of roughly five major sections. Traveling north to south, the first neighborhood has high-rise residential buildings, the Stuyvesant High School, a Regal Entertainment Group movie theater, and the Battery Park City branch of the New York Public Library. It is also the site of the 463-suite Conrad New York luxury hotel, which contains restaurants and bars such as the Loopy Doopy Rooftop Bar, ATRIO Wine Bar Restaurant, Mexican-themed El Vez, and three Danny Meyer-branded restaurants (North End Grill, Blue Smoke, Shake Shack); the hotel has a ballroom and a conference center. Other restaurants located in that hotel, as well as a DSW store and a New York Sports Club branch, were closed in 2009 after the takeover of the property by Goldman Sachs. Former undeveloped lots in the area have been developed into high-rise buildings; for example, Goldman Sachs built a new headquarters at 200 West Street.

Current residential neighborhoods of Battery Park City are divided into northern and southern sections, separated by Brookfield Place. The northern section consists entirely of large, 20–45-story buildings, all various shades of orange brick. The southern section, extending down from the Winter Garden, which is located in Brookfield Place, contains residential apartment buildings such as Gateway Plaza and the Rector Place apartment buildings. In this section lies the majority of Battery Park City's residential areas, in three sections: Gateway Plaza, a high-rise building complex; the "Rector Place Residential Neighborhood"; and the" Battery Place Residential Neighborhood". These subsections contain most of the area's residential buildings, along with park space, supermarkets, restaurants, and movie theaters. Construction of residential buildings began north of the World Financial Center in the late 1990s, and completion of the final lots took place in early 2011. Additionally, a park restoration was completed in 2013.

Transportation
Currently, the Metropolitan Transportation Authority provides bus service to the area. As of October 2014, the M9, M20, M22 bus lines service parts of Battery Park City, with the M15, M15 SBS nearby at Battery Park. Additionally, the Downtown Alliance provides a free bus service that runs along North End Avenue and South End Avenue, connecting the various residential complexes with subway stations on the other side of West Street. 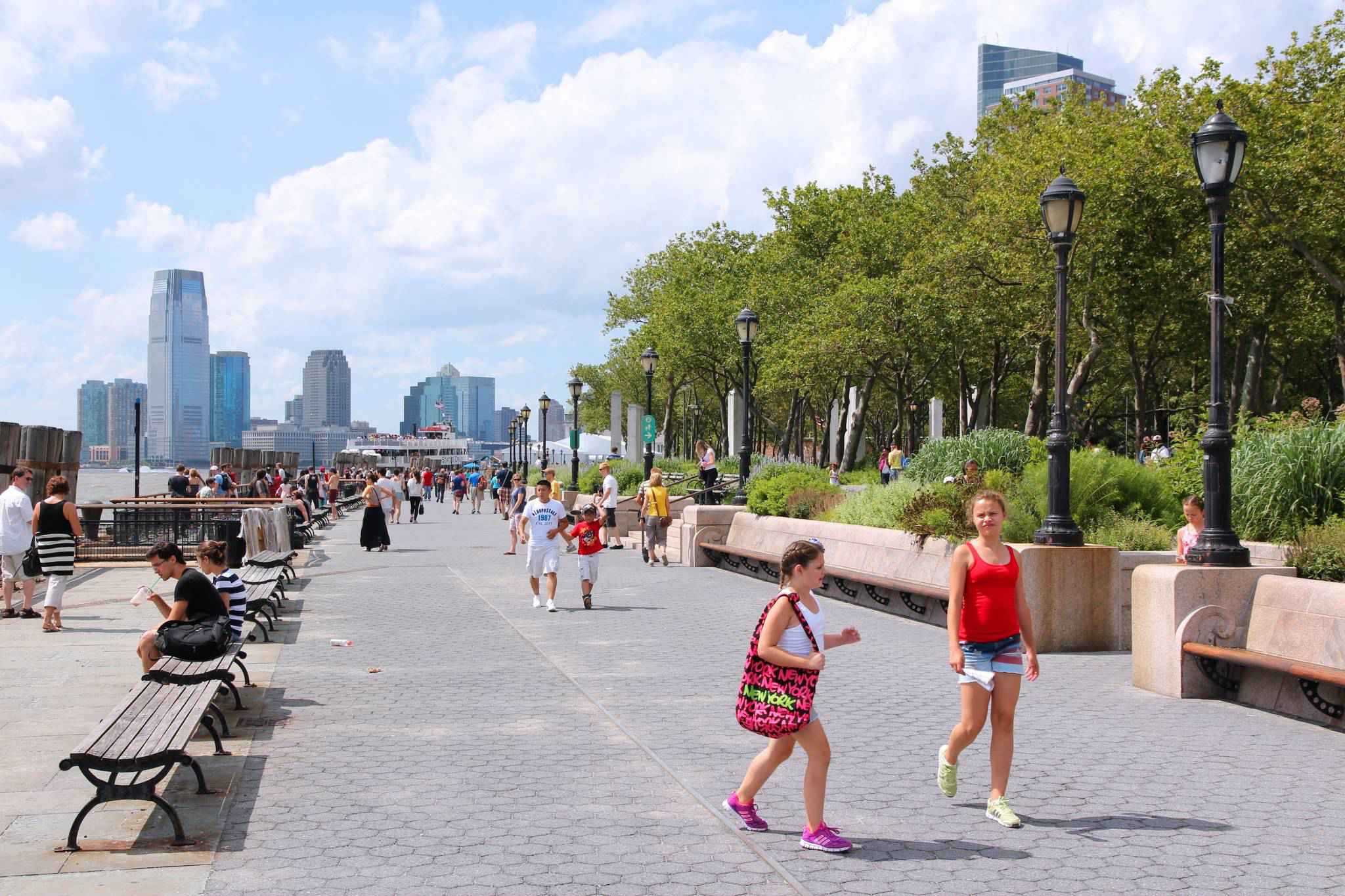