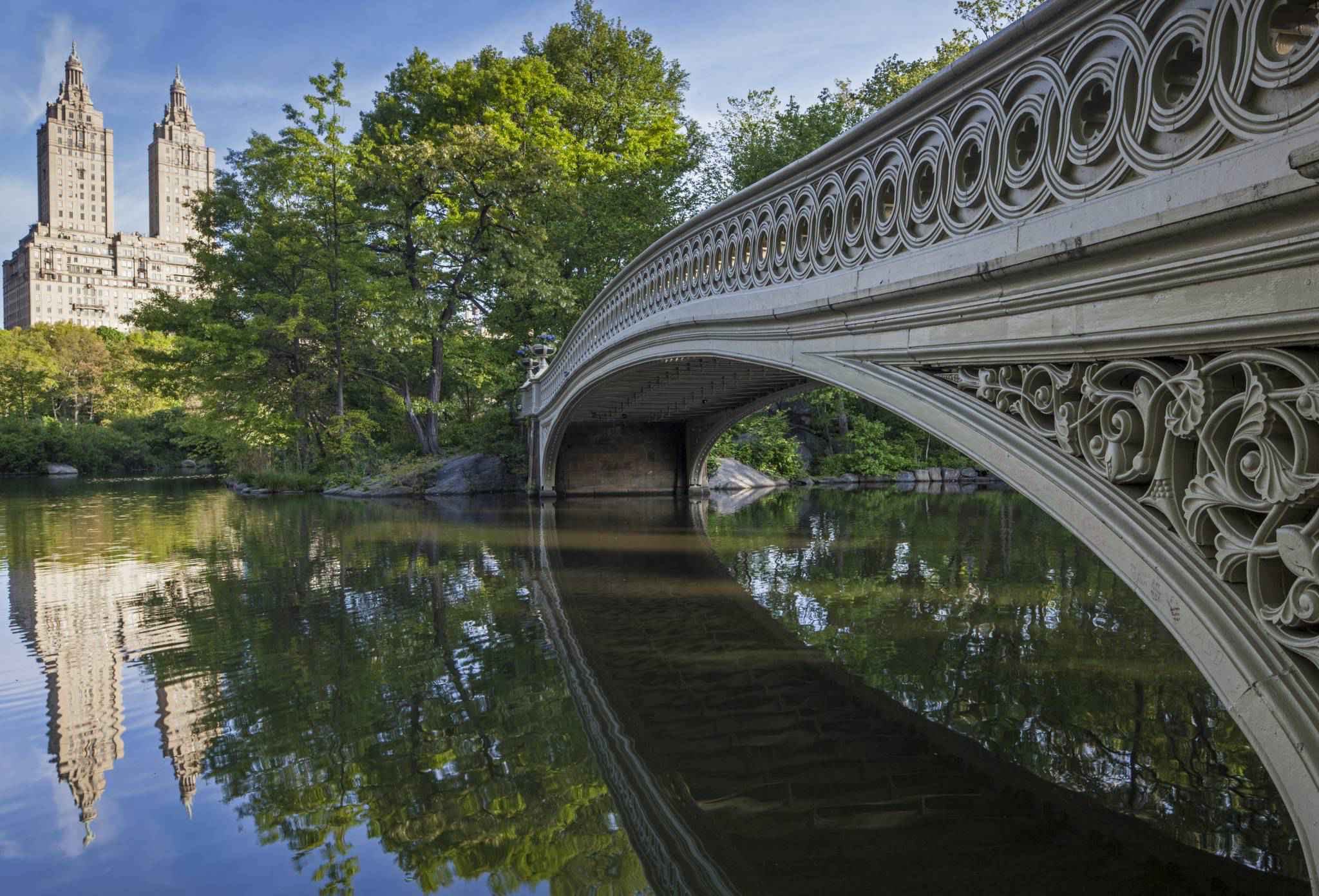 The Park was established in 1857 on 778 acres of city-owned land. In 1858, Frederick Law Olmsted and Calvert Vaux, a landscape architect and an architect, respectively, won a design competition to improve and expand the park with a plan they titled the "Greensward Plan". Construction began the same year and the park's first area was opened to the public in the winter of 1858. Construction continued during the American Civil War farther north, and was expanded to its current size of 843 acres (341 ha) in 1873.

Central Park is home to seven bodies of water, all artificial. The main lake is the Jacqueline Kennedy Onassis Reservoir, so named since 1994. Its construction lasted from 1858 to 1862. Covering an area of 42.9 hectares (106 acres) between 86th and 96th Streets, the reservoir reaches a depth of more than 40 feet (12 m) in places and contains about 1 billion US gallons (3.8 billion litres) of water. The Reservoir is best known to New Yorkers for the jogging track around it. The Reservoir is by far the largest lake in Central Park, surpassing the other three artificial lakes.

The Ramble and Lake south of the Great Lawn covers nearly 7.3 hectares (18 acres). Built on a former swamp, it was designed by Olmsted and Vaux to accommodate boats in the summer and ice skaters in winter. The Lake was opened to skaters in December 1858, while the rest of the park was still under construction. At the northern end of the park, at 110th Street, the Harlem Meer, named in honor of one of the first communities in the region, covers nearly 4.5 hectares (11 acres). A wooded area surrounded by oak, cypress, and beech trees, it was built after the completion of the southern portion of the park. Harlem Meer also allows visitors to fish, provided that they release the fish later. In the southeast corner is the Pond, with an area of 1.4 hectares (3.5 acres). The Pond is located near one of the busiest entrances to Central Park and is under sea level, which helps mitigate the different sounds of the city, and create a startling atmosphere of calm in the heart of New York.

Attractions
The current Central Park Carousel, installed in 1951, is one of the largest merry-go-rounds in the United States. The fifty-eight hand-carved horses and two chariots were made by Solomon Stein and Harry Goldstein in 1908. The carousel originally was installed in Coney Island in Brooklyn.

The Central Park Zoo is part of a system of four zoos and one aquarium that is managed by the Wildlife Conservation Society (WCS), and is accredited by the Association of Zoos and Aquariums (AZA). The zoo is home to an indoor rainforest, a leafcutter ant colony, a chilled penguin house, and a polar bear pool.

Central Park has twenty-one playgrounds for children located throughout the park; the largest, at 3 acres (12,000 m2), is Heckscher Playground named for August Heckscher.
Swedish Cottage Marionette Theatre is located in the Swedish Cottage. The building was originally a model schoolhouse built in Sweden. Made of native pine and cedar, it was disassembled and rebuilt in the U.S. as Sweden's exhibit for the 1876 Centennial Exposition in Philadelphia. Frederick Law Olmsted moved the cottage to its present site in 1877. 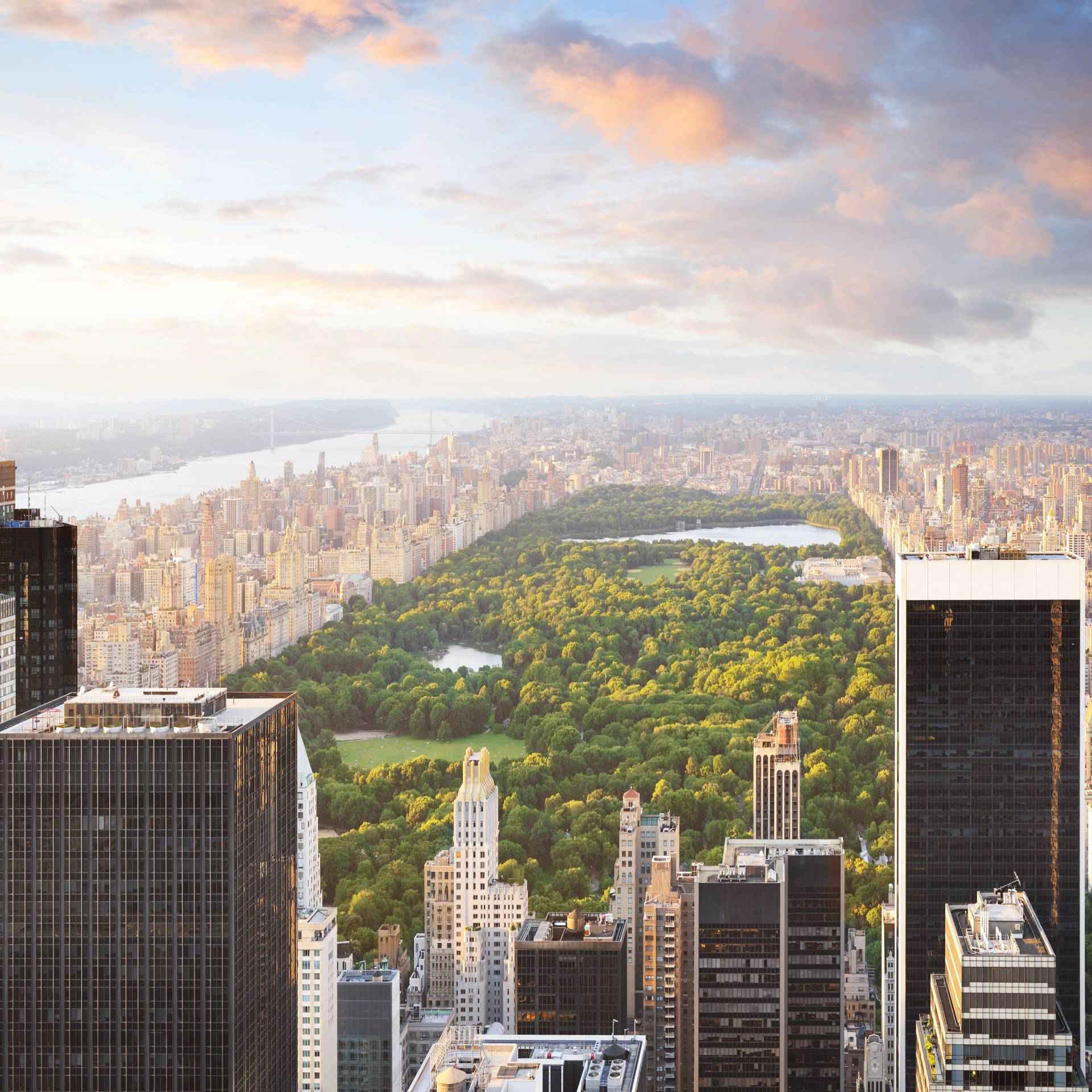