The Plaza Hotel, located in the Midtown Manhattan neighborhood of the borough of Manhattan, New York City, is a landmark 20-story luxury hotel and condominium apartment building, owned by an Indian conglomerate, Sahara India Pariwar.

Location
With a height of 250 ft and a length of 400 ft (120 m), the hotel occupies the west side of Grand Army Plaza, from which it derives its name, and extends along Central Park South in Manhattan. Fifth Avenue extends along the east side of Grand Army Plaza. The Plaza Hotel is recognized as a Historic Hotel of America by the National Trust for Historic Preservation.

Facilities
The Plaza Hotel offers its guests and residences many services including a butler on every floor, baby-sitting and concierges, a shopping mall, the Palm Court under the restored stained glass ceiling, the Champagne Bar located in the hotel lobby with views of Grand Army Plaza, the Edwardian Room, the Terrace Room, the Rose Club, the Grand Ball Room, the Plaza Food Hall by Todd English, as well as meeting rooms and conference rooms. The Grand Ballroom, Terrace Room and meeting spaces are currently managed by CPS Events, a joint venture between Delaware North Companies and the high end caterer Great Performances. The Oak Room, now closed, was another restaurant in the Plaza. 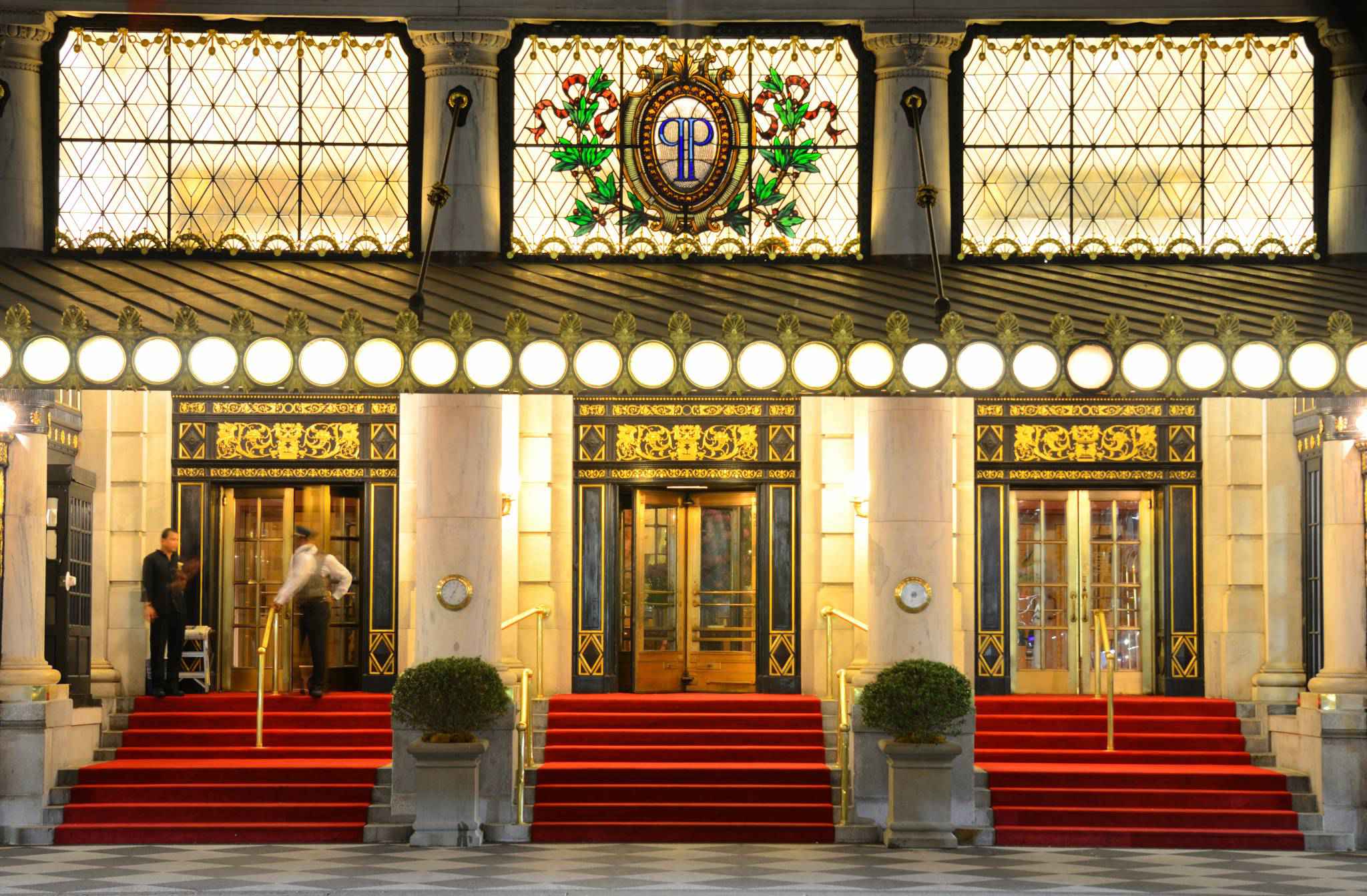