The Solomon R. Guggenheim Museum, often referred to as The Guggenheim, is an art museum located at 1071 Fifth Avenue on the corner of East 89th Street in the Upper East Side neighborhood of Manhattan, New York City. It is the permanent home of a continuously expanding collection of Impressionist, Post-Impressionist, early Modern and contemporary art and also features special exhibitions throughout the year. The museum was established by the Solomon R. Guggenheim Foundation in 1939 as the Museum of Non-Objective Painting, under the guidance of its first director, the artist Hilla von Rebay. It adopted its current name after the death of its founder, Solomon R. Guggenheim, in 1952.

In 1959, the museum moved from rented space to its current building, a landmark work of 20th-century architecture. Designed by Frank Lloyd Wright, the cylindrical building, wider at the top than the bottom, was conceived as a "temple of the spirit". Its unique ramp gallery extends up from ground level in a long, continuous spiral along the outer edges of the building to end just under the ceiling skylight. The building underwent extensive expansion and renovations in 1992 and from 2005 to 2008.
The museum's collection has grown organically, over eight decades, and is founded upon several important private collections, beginning with Solomon R. Guggenheim's original collection. The collection is shared with the museum's sister museums in Bilbao, Spain, and elsewhere. In 2013, nearly 1.2 million people visited the museum, and it hosted the most popular exhibition in New York City. 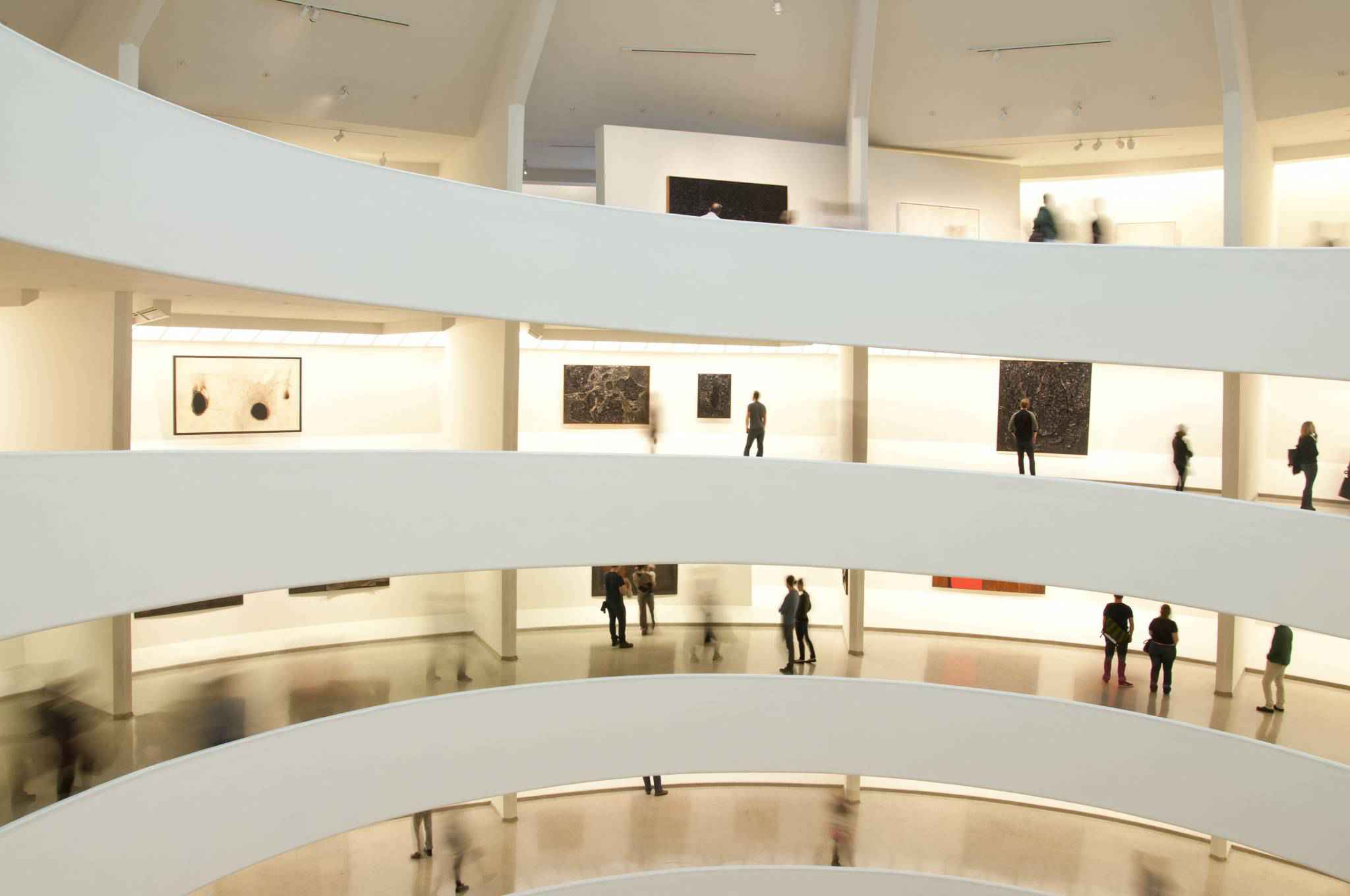