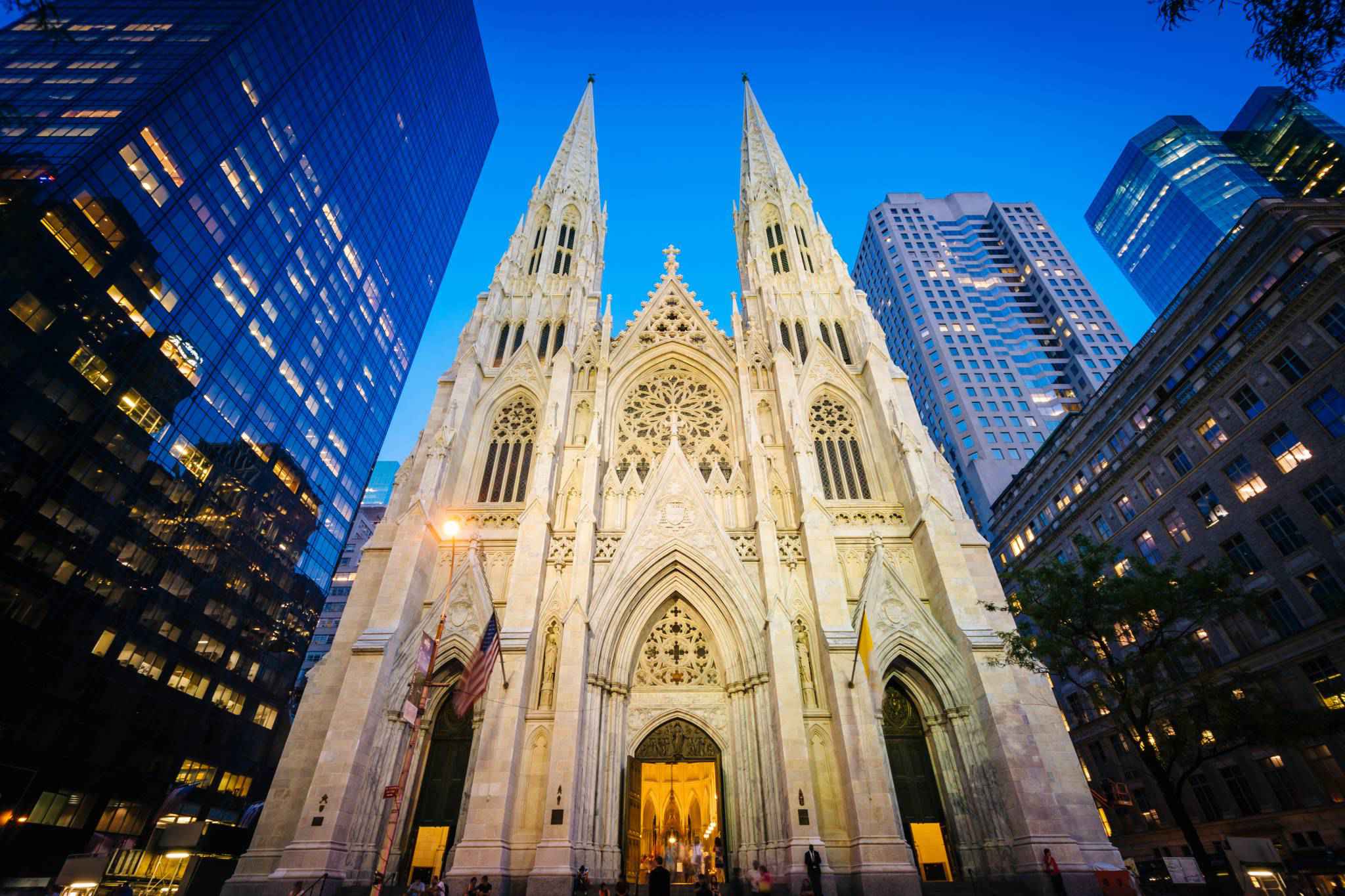 The Cathedral of St. Patrick is a decorated Neo-Gothic-style Roman Catholic cathedral church in the United States and a prominent landmark of New York City. It is the seat of the archbishop of the Roman Catholic Archdiocese of New York, and a parish church, located on the east side of Fifth Avenue between 50th and 51st Streets in Midtown Manhattan, directly across the street from Rockefeller Center and specifically facing the Atlas statue.

Architectural features
The cathedral, which can accommodate 3,000 people, is built of brick clad in marble, quarried in Massachusetts and New York. It takes up a whole city block, between 50th and 51st streets, Madison Avenue and Fifth Avenue. At the transepts it is 174 feet (53.0 meters) wide and 332 feet (101.2 meters) long. The spires rise 330 feet (100.6 meters) from street level. The slate for the roof came from Monson, Maine.

In the late 1930s and early 1940s, there was a renovation of the cathedral's main altar area under the guidance of Archbishop Francis Spellman, who later became cardinal. The previous high altar and reredos were removed and are now located at Spellman's alma mater, Fordham University, in the University Church. The new items include the sanctuary bronze baldachin and the rose stained glass window. The altar was further renovated in the 1980s, under the direction of Cardinal John Joseph O'Connor.

Art works
The Pietà, sculpted by William Ordway Partridge, is three times larger than Michelangelo's Pietà. The cathedral's Stations of the Cross won an 1893 artistry prize at Chicago's World's Columbian Exposition. Commemorating his visit to the city in 1979, Pope John Paul II bust is located in the rear of the cathedral. 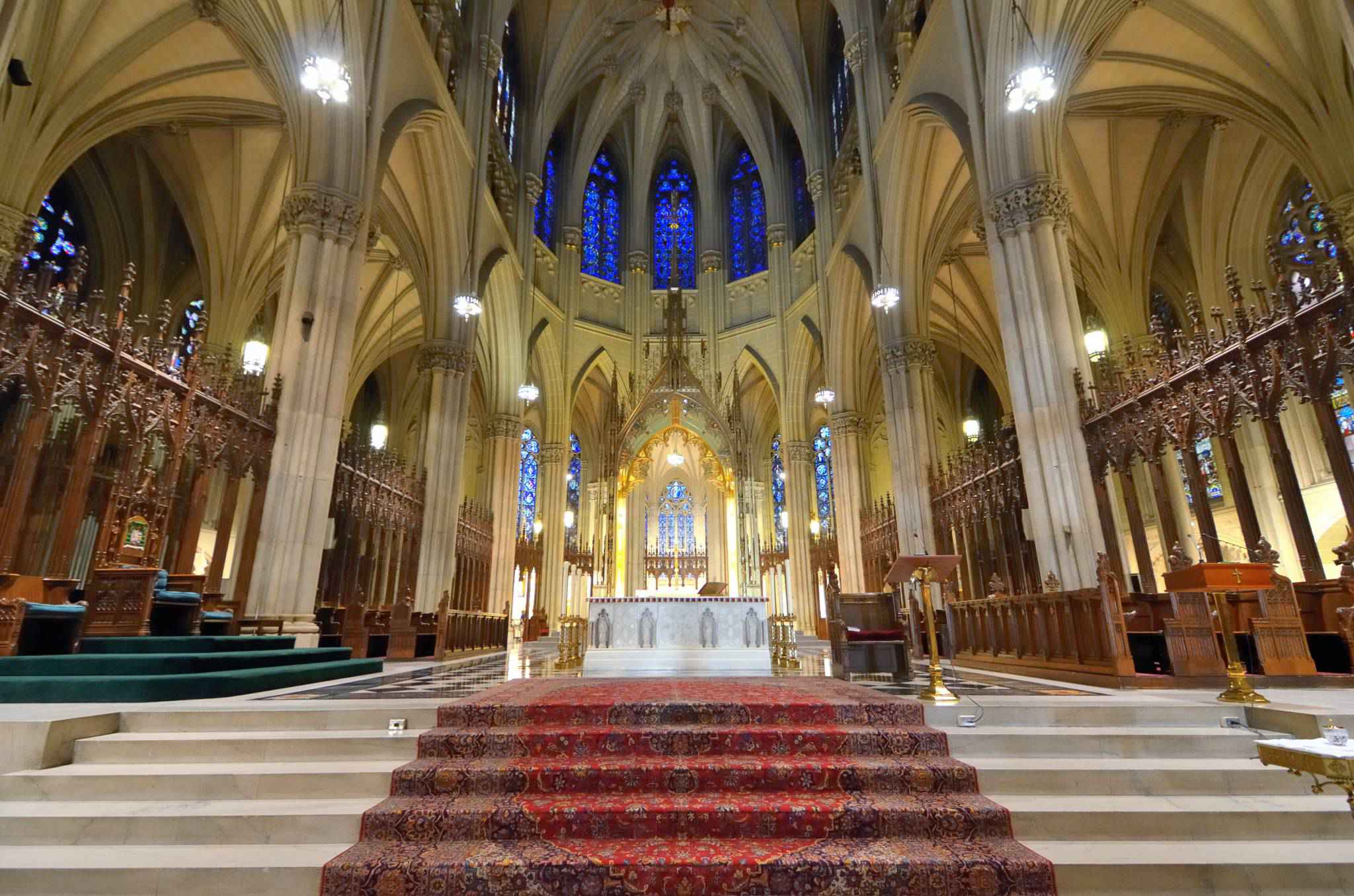